Jason Lohrke singing "I Am I Said" by Neil Diamond

What People Are Saying About Jason Lohrke as Early Neil Diamond

I Am I Said
Jason Lohrke 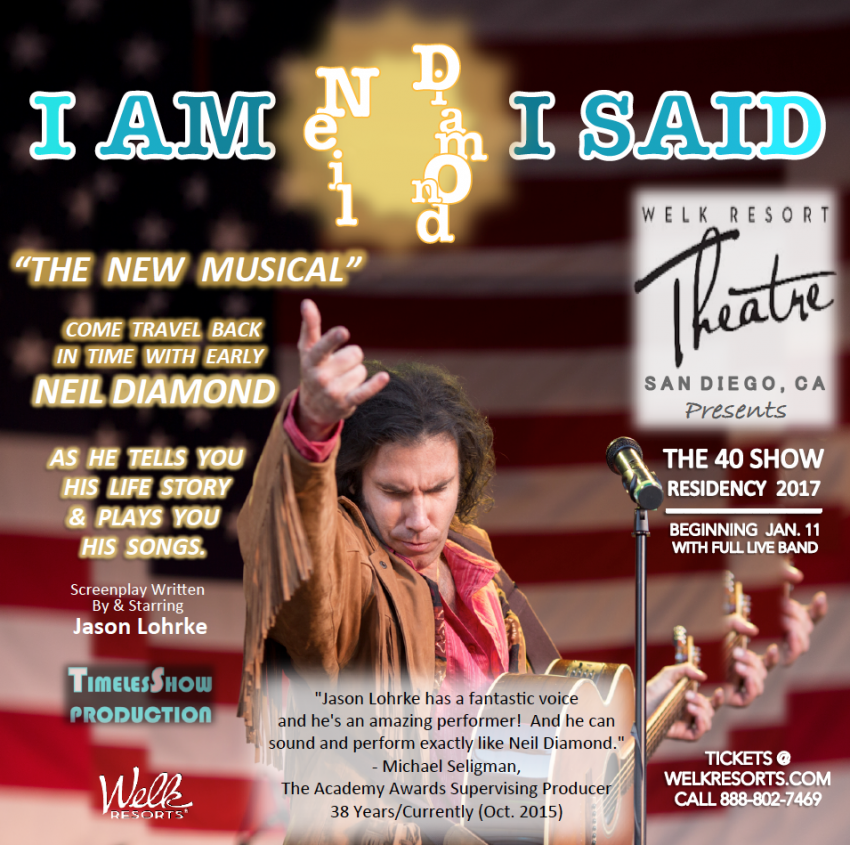 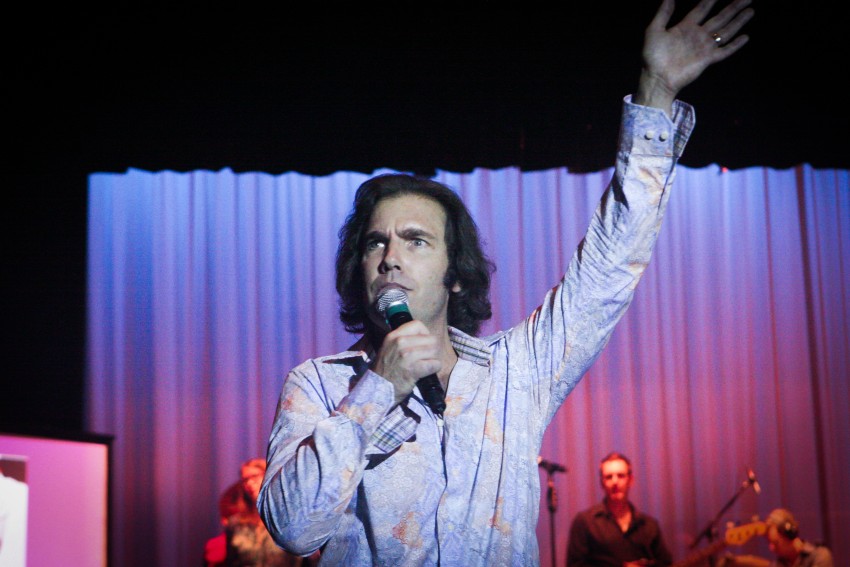 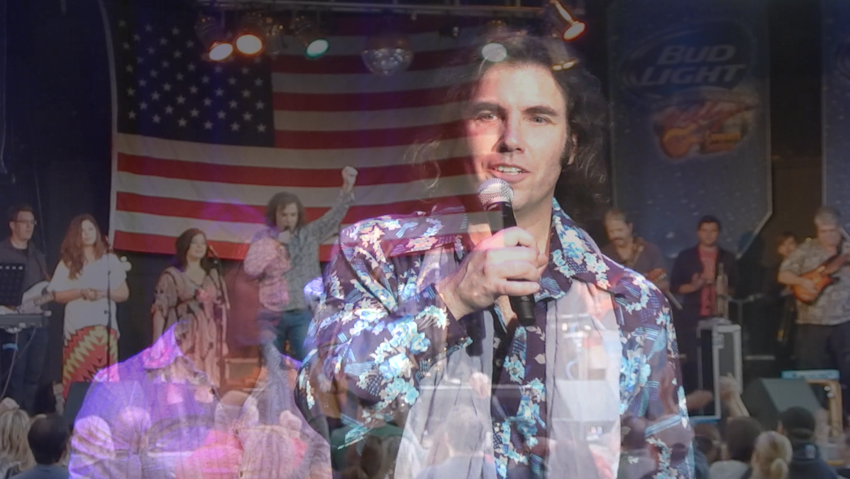 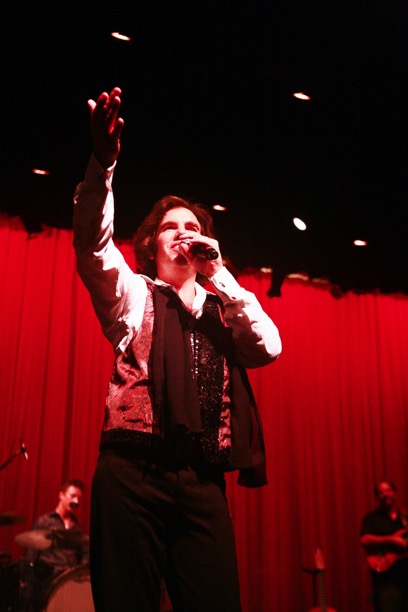 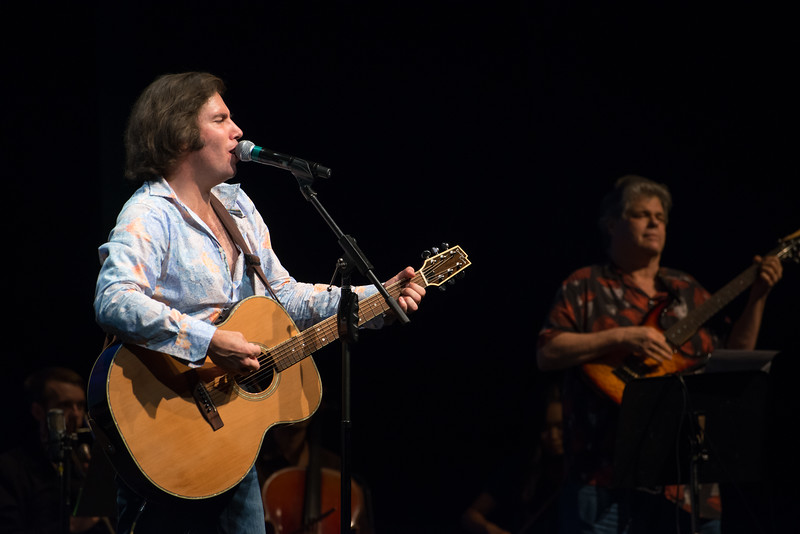 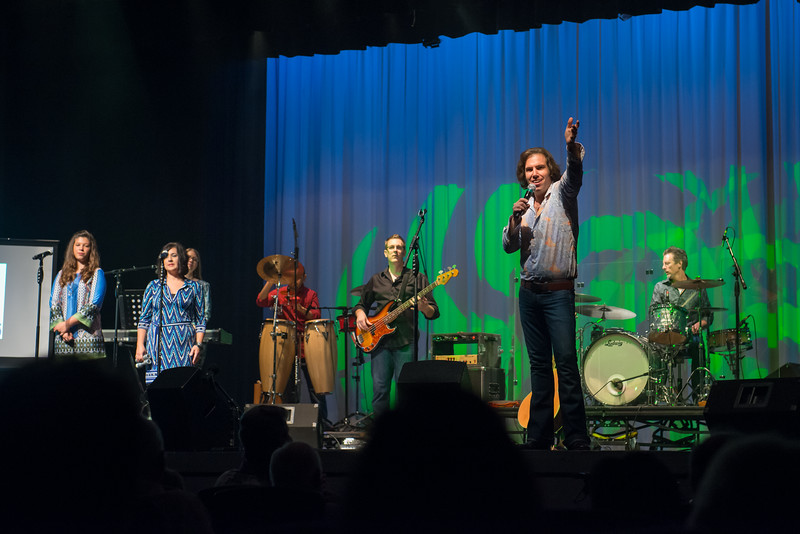 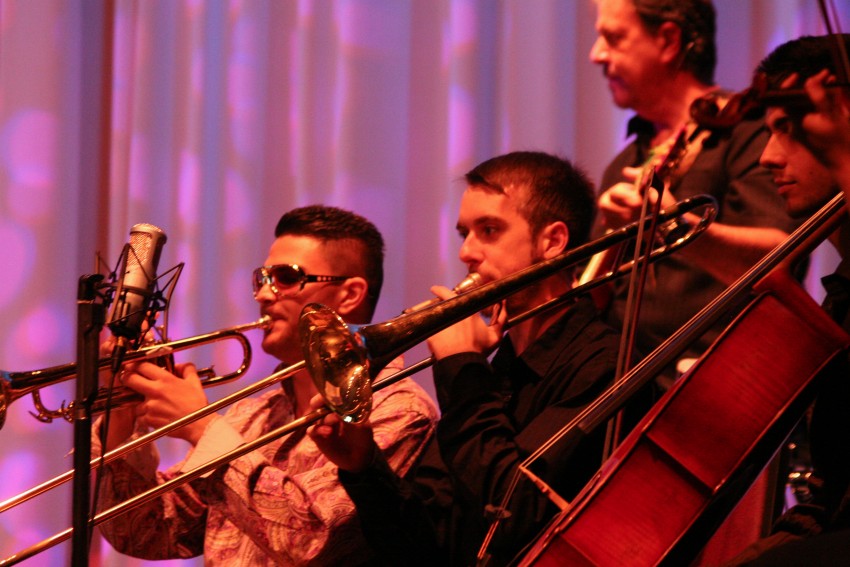 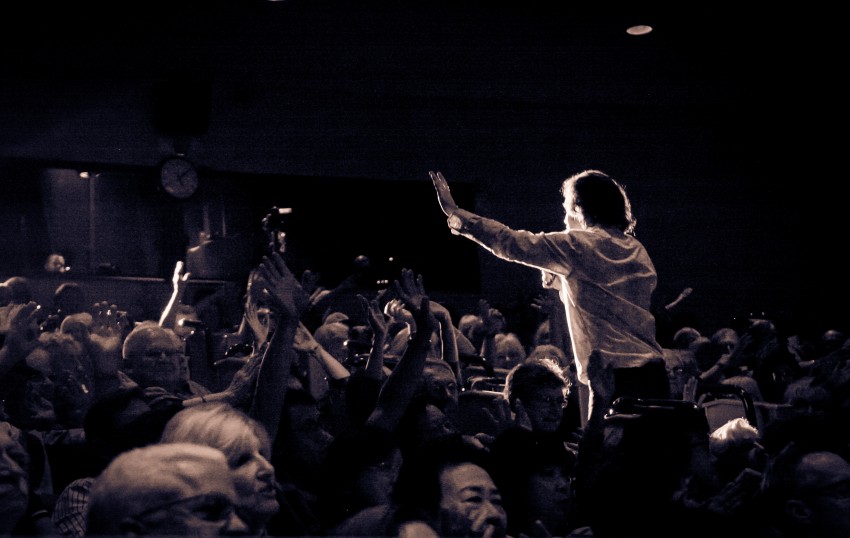 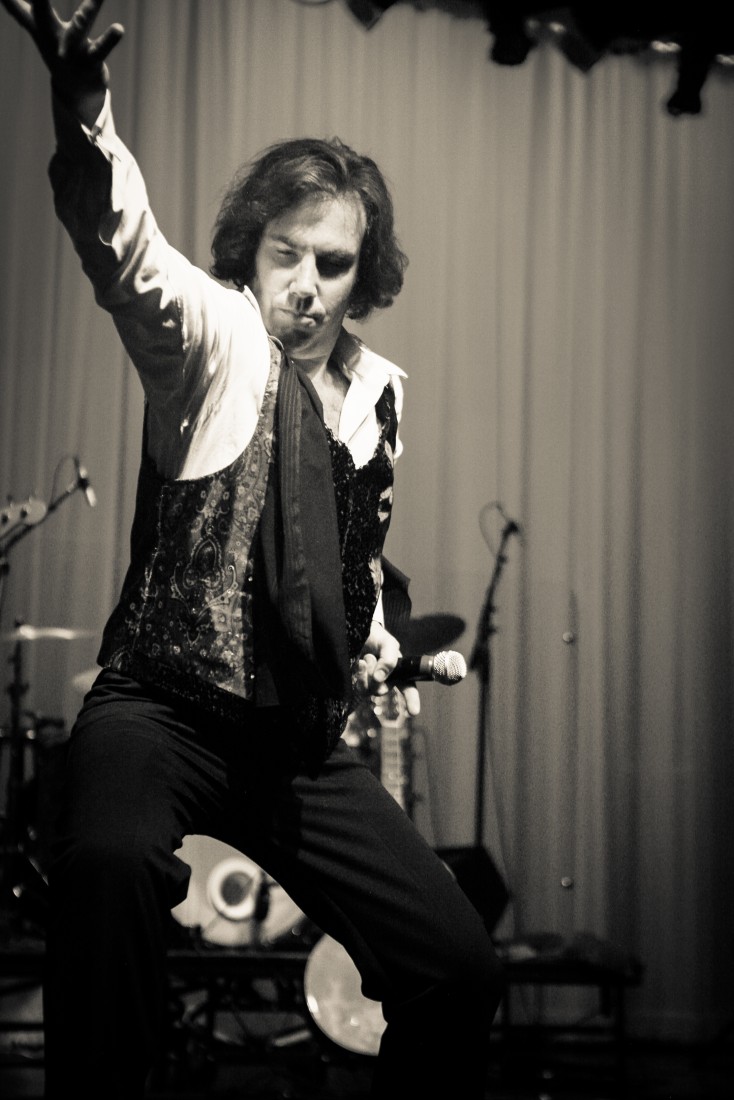 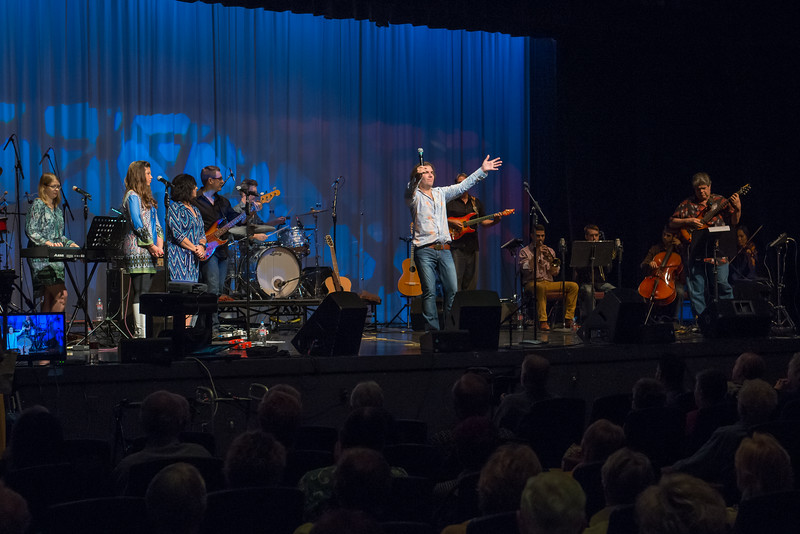 Jason Lohrke is a performing tribute artist starring as early Neil Diamond in a new 80 show theatre residency in San Diego, CA. He travels worldwide for private parties, corporate/company events, festivals, or for your own theatre venue. With options as a solo artist, 5 piece or up to a 14 piece band, Jason will engage your audience large or small w/ his industry endorsed & highly reviewed interactive performance. Relive the classic hit songs, interesting facts, with tasteful humor, all backed by an optional amazing live band performing, Cracklin' Rosie, Sweet Caroline, I Am I Said, America & many more. Travel back in time with Neil from the 60's, 70's & up to 1980 for "The Jazz Singer."

Jason was an absolute professional and put on an incredible show. As a true Neil fan, I was skeptical but he knocked it out of the park!

The pleasure was all mine! You were an awesome host and it was an honor and a blast to perform for fellow true Neil Diamond fans like yourselves! Thank you!

We had Jason entertain our event on last Friday night. What a performance!!!! He had our guests on their feet, singing and dancing.
Jason walked around the tables singing and kept the crowd fully engaged with his Neil Diamond tunes.
What a "Great" evening!!!!
Thank you, Jason, for making our event very special!!!!
Dave Chavez - Pasadena Optimist Club

The pleasure was all mine, David. What a fun evening & a great audience who actually knew many of Neil Diamond's timeless tunes! And all for a great Cause. ⭐️👍🏼 Thank you for the opportunity to entertain!

Jason is an amazing performer. He is very personable and had the guests up dancing and singing. This event was for my mom’s 75th Birthday and Jason made her feel very special. Thanks Jason, YOU ROCK!!!!

We had Jason perform for my mother's 80th bday.
We had about 25 people and we all had a great evening. Jason was a blast, and what a great entertainer, singer and musician.
What a fun evening thanks to Jason.

I booked Jason to make a surprise appearance at my wife's 40th birthday dinner. Jason was great to work with at every step and was very accommodating when the schedule changed a bit. He's a total pro - looks and sounds like early Neil, has a great voice and has a sincere appreciation for the Neil Diamond songbook. It really comes through in the performance. But Jason also has fun with the songs and applies just the right amount of comedy to his performance. All our guests loved him and my wife was blown away. Thank you, Jason As Early Neil Diamond!

I know that I thanked you in person for the opportunity to perform for your wife’s special birthday, but I again wanted to say thank you for that truly fun evening as I randomly came across this review while organizing my emails today. I genuinely appreciate your review here in case I didn’t reply the months before, but I guess in this case it’s better late than never.

The Very Best to You, Your Wife & Family.

This is Neil Diamond

As part of my anniversary present to my wife on our 49th wedding anniversary, I bought tickets for Jason Lohrke performance. We were not disappointed at all. Jason has a stage presents about him and if you close your eyes, you would think you are at a Neil Diamond performance. His show is outstanding and I would go again and recommend it highly.

Dear Tony,
I'm so glad to that you and your wife enjoyed our new musical about the early years of Neil Diamond. And thank you for your great review here on GigSalad.
~ Jason (Early Neil)
NeilDiamondExperience.com

Thank you again Michael for the invitation to entertain. It was an honor & pleasure to perform for your wife Michelle's birthday. Everyone was in good spirits... and so many were singing along & dancing the night away. Wonderful meeting all of you. Cheers!

"Jason Lohrke performed at my birthday party. He has a fantastic voice and he's an amazing performer! And he can sound and perform exactly like Neil Diamond."
- Michael Seligman,
Academy Awards Supervising Producer 38 Years/Currently (October 2015)

Thank you Michael for the invitation and honor to perform at your birthday party as Classic Neil Diamond - The Early Years. And I appreciate this wonderful review as well..! It was an absolute pleasure meeting you, your family, and close friends. By the way, The Academy Awards Show was great once again! You did another incredible production job!

Jason gave the best performance we've ever had!

He sounded like Neil Diamond, looked like him, acted like him, and was him. Not only that, but he interacted very well with members of the audience. His performance here at Palmia was great and very special and we want to thank him so much for making the evening as outstanding as it was. Everyone is saying that it was the best show we’ve ever had here. We’re all looking forward to Jason performing here again. Thank you!
-Bob Haig - Event Director Palmia Mission Viejo, CA

"I had the pleasure of working with this tribute artist last month and I can say without reservation, if you are a Neil Diamond fan, Jason's voice is so right-on he puts you there. His look, his voice, his narration, his movement ... all Neil Diamond. He is totally amazing!"
-Mike Vaillancourt - Golden Mike Entertainment,
Orange County Fairgrounds
March - 2014

Whether it's a full band "Neil Diamond" experience, or a solo show, Jason Lohrke becomes Neil Diamond recreating a highly professional and interactive concert. Travel back in time in this performance as it starts during the 1960's when Neil first started his career as a young songwriter. Get caught up in the multi-media imagery and timeless hit songs like; Solitary Man, Sweet Caroline, Brother Loves Traveling Salvation Show, Cracklin' Rosie, I Am I Said, & so many more. Epic songs continue to spark endless memories from the 1970's to the highly acclaimed charting songs like 'Love On The Rocks', 'Hello Again' & 'America' from multi-platinum selling, "The Jazz Singer" soundtrack in 1980.

Far beyond a tribute cover band show... Jason Lohrke becomes Neil Diamond during his "Early Years" as you will no doubt thoroughly enjoy experiencing the sound, vision, emotions, all within the timeless music of a "Classic Neil Diamond" concert event. This all takes place in a live, interactive 2 or 3 hour show. Jason's performance is highly endorsed by some of the entertainment industry's main influencers from The Academy Awards, to music producers, arrangers, composers that have worked with Neil Diamond himself from the East Coast to Beverly Hills & Hollywood in Southern California. He is a huge fan of Neil Diamond's first and foremost before being a performing tribute artist. He collects Neil's music, from rare vinyl records to Neil's latest albums, and attends Diamond's always amazing concerts with Aug. 10th at The Los Angeles Forum being the most recent show he has seen as it was Diamond's 50th Anniversary World Tour Concert!

Travel through time with Early Neil from the beginning of Neil's music career that started when he was a young song-writer in the early 1960's from Brooklyn, NY. Join in the story tellers years as you walk in his shoes and get an 'Up Close' and 'Personal Experience' of Neil Diamond's legendary music for a truly unforgettable show with an incredibly talented band of musicians. Jason also gives the option of performing solo with his acoustic guitar. The era of this very audience interactive performance is focused on the mid 1960's, Bang Records era with Neil's first charting songs like; Solitary Man, Cherry Cherry, Cracklin' Rosie, Sweet Caroline to the innovative 1970's with I Am I Said, and up to the epic Diamond tunes from the highly acclaimed motion picture movie & soundtrack, "The Jazz Singer" ifeom 1980. Relive and experience all the international hits such as; America, Hello Again, & Love On The Rocks.

Jason Lohrke has performance options as a solo artist, or with a smaller acoustical and or electric band of 5 to 8 musicians, and up to a large 14 piece group. Currently they are performing at corporate events, larger theaters, festivals, country/yacht clubs, wineries, private events, and more. Jason also performs every 3 months for all kinds of different charity events including kids at risk foundation benefit concerts.

Jason, along with his wife Jen and their 3 children, live in Southern California. (Orange County) He began listening to and enjoying Neil Diamond's music at a very early age. His mom played Neil's albums over & over again in their home ever since he could remember. Since Jason began talking as a toddler, he imitated everyone around him in life & naturally wanted to sing like Neil since his mom was a big fan.

Ever since that time, Jason became a musician himself and a song writer and started playing live shows in an original rock band at age 14. On to his later teen years, Jason became a signed recording artist, and played live music in a few different rock bands & toured nationwide and internationally. Jason has come to love, deeply admire, & respect the mass volumes of amazing songs Neil Diamond has written through the years. Jason says, "Neil Diamond’s creative artistry comes from vast emotional depths and often times from his real life experiences that have touched most of our lives in some beautiful way or another. It's an exciting honor to recreate Neil Diamond's music with an incredible band who are all professional musicians and good friends of mine. Other huge blessings include my daughter Katriel singing back up vocals from time to time with the other ladies, and one of my sons, Kade, captures these moments through photography and video. My beautiful wife Jen is also involved with image development, wardrobe, hair/make-up and some of the growing administration needs. What a blast and a gift from God to be able to perform Neil Diamond's timeless & legendary music & to give it to the endless millions of Diamond fans again throughout the world..! See you @ the show!”

* We have our own high quality Sound Systems whether it is for my solo show or my 12 piece band.
This following ryder list is only a request for festival or larger shows. Anything that the event can provide that is close to this quality is acceptable.
(JBL Speakers or Similar Quality)
2 x Double 18 subs
2 x Double 15 mids or subs
2 x Double 12 and horn tops
24 Channel Allen and Heath Professional Mixing Desk with built in FX
FX RACK with 1x TC Electronics FX Unit, 4 Compressors, 2 Gates, 6 channels of 31 band Graphic EQ, DVD Player – (Or a mixer comparable)
THREE Dual Channel FOH Amplifiers, Crown, or QSC
3 way Crossover / Speaker Management System
8 x speaker cables
6 x Speakers to be used as wedge monitors (active or passive with amps)

* Lighting
Any professional stage lighting that is suitable for a 6 to 12 piece band.

We have many optional sound systems & sizes available.