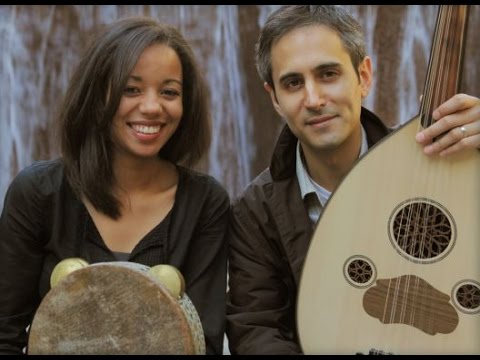 Mat and his band were amazing. I will hire them again next time we are in Portland.

We arrive at least 30 minutes prior to performance time to set up. We have our own sound system suitable for most events, from small galleries to concerts, weddings etc. Rates vary depending on number of people in the group (above) and length of performance time. Please contact us directly for rates and any other questions. We look forward to working with you!

Nat was born in Portland, OR. He began studying guitar with guitarist/composer Paul Chasman at age seventeen. He was soon introduced to flamenco guitar by Jose Solano. His interest in the influence of Arabic music on flamenco led him to study oud in Morocco. After returning to the US, he moved to Seattle to study ethnomusicology at the University of Washington. There he worked with the groups Carmona Flamenco, The Rez Quartet and others ranging in style from Hungarian Csardas and Gypsy swing to flamenco. In 2000 he co-founded the Vancouver, BC based Arabic/ flamenco group Aire with ney player and singer Emad Armoush.

In 2004 he moved to Portland and formed the group Shabava with kamancheh/sehtar/violinist and singer Bobak Salehi. In 2010 he formed the trio Caminhos Cruzados with master jazz guitarist Dan Balmer and Ghanaian percussion virtuoso Israel Annoh. Nat has studied with the top flamenco guitarists of today including, Diego del Morao, Manuel Parrilla, Pepe del Morao, José Antonio Rodriguez and Dani de Morón. In 2012 Nat received a grant from the Regional Arts and Culture Council to travel to Jerez de la Frontera, Spain to continue studying flamenco guitar with the Morao family. He now resides in Portland, composing and performing with Shabava, Caminhos Cruzados and Seffarine.

Nat is available for concerts, clubs, weddings and private events. Besides solo performance, Nat also works with the group Seffarine.

Repertoire can vary depending on what the client would like. Nat (and his group) have a diverse background, from traditional flamenco to jazz and bossa nova. Please contact us directly to discuss what you would like us to include in the performance.

I have a background in all styles of flamenco - from traditional repertoire, such as Sabicas, to modern flamenco artists such as Paco de Lucia and Vicente Amigo. I have also performed and recorded with many fusion projects combining flamenco with other styles like jazz, bossa nova, Arabic and Persian music.