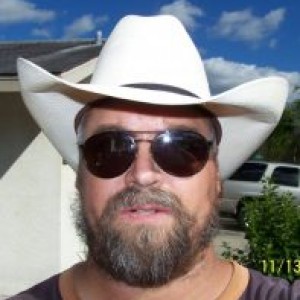 I am Myakka Chopper. Born and raised in Myakka/Sarasota Florida now residing in Abingdon, Virginia, I am a guitarist and I sing as well. I play some cover and original material. I am playing solo acoustic right now. My covers are : Jimmy Buffet, Hank Williams Jr, Church, Johnny Cash, waylon Jennings, Steven Stills, Pink Floyd, Sublime, Bob Marley, Red Hot Chili Peppers, Cream, and more. I like to play some lighter more obscure type of songs.I also write my own music which range from rockin to folksy country type of songs.I am ready to play some smaller gigs or fill times maybe between bands or do an hour or two a night as a stand alone mucician at some smaller clubs. Try me i'm cheap!

Be the first to review Myakka Chopper

I am a gentle singer songwriter and will perform some background music to some good old bar songs, to country and island type music. I am not the greatest but I do ok.

Carl "Chopper" Zahrndt born July 30,1970 at Manatee memorial hospital. Raised in Myakka City Florida. I stared my life listing to Johnny Cash and Hank Williams Sr, and Jr. and many other country staples. I moved into Sarasota proper when my parents divorced when I was about 13. I then wandered a couple of years as a runaway. Then I found my soul mate and we have been together ever since. I started playing guitar in 1985 when my good friend Thurman Davis got his first guitar for Christmas. I spent the next 5-10 years playing and learning and surfing all the time. I lived on Longboat Key for a couple of years and ran the surf spot called the COVE. Representing yo. As time moved on and I got a real job and started a band. It was first with Steve White of White Dragon Tatoos and A drummer his name was Russ. We were known as American Express. We only played and wrote mostly for a couple of months then Russ moved away and Steve returned to Ohio. As time went by I wanted a band so I got various insturments and learned to play them. Then I recruted my friends to play with me. These were good times and we were known locally as TSTP or To Stoned To Play! We had a good time but spent most of our time playing a few covers and writing material. We have had many members throughout but to name the main ones would be: Jimmy Marshall, Jayson Suter, Samuel Francis, Don Spees, Glen Mansur, Jen Kramer, Bruce, Rich Santare, and a few others I apologize to anyone I did not mention. There were times when all of swithed around on insturments due to bandmates coming and going. As time went on there was a period in time where only I, Sam , and Don got together with this awesome chick named Jamaica Russo! I was the Bassist for that band Jamaica and the Kickass Band! we had some great times there as she was phenominal. I enjoyed playing the bass too. We played out a few times and seemed like we were on the way but issues between Dons style and Jamaicas style ultimatley ended that. I really was broken over that but I had to stay with my loyal mates. We then got back together and really got pretty good. We played out a few times but as time went on I realized that all of the people I molded and taught had really become as good or better than myself. Then I decided to drop what we had always been and became Up For Adoption. This was a poinnacle in our careers as we had beome quite masterful at our writing and performing. We actually had one of our songs released on a CD with some other local bands. We were doing well but the sress of working all day practicing several nights a week and playing out a couple of days really wore me down and I eventually crashed. We all seperated and went our seperate ways. Don Spees is in a band in Tennessee and is really awesome, Jamaica Russo is I believe in Pheonix Arizona nad also doing (link hidden) for the rest of us we faded away. I cant stop playing though it is in me so I was thinking if I were to do a job at the thing that I am most skilled and trained and educated for it would be a musician. So I am now trying to revive my musicianship and start performing locally again and doin some smaller simpiler gigs. Just me a guitar and maybe a mike. I am alot more mellow now so I can do some backgound music or fill time between bands and larger shows and such. I also have been busking in the downtown area from time to time. If you see me say hello.

have worked with some professional audio companies with sound and lighting for other bands as well as my own. Yet I am no sound engineer.

Pink Floyd
Another brick in the wall 2
Comfortably Numb

The Church
Under the milkyway

Beatles
Let it be
while my gitar gentley weeps

Sublime
What I got

Waylon Jennings
Did hank do it this way

bob marley
stir it up
I shot the sheriff

and more I will add later or I am forgetting. 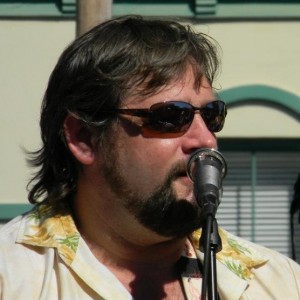 Suzanne P. said “John played at my son’s rehearsal luncheon at the Naples Beach Club. He is a very talented singer and guitarist. He played for three hours and everyone…”

Tracy L. said “We had Capn Dar for our daughter's engagement party and he was Terrific! Professional, easy to work with and has tremendous talent! Our outdoor event…” 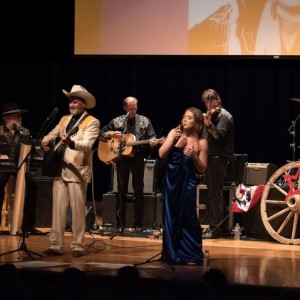 Sandra K. W. said “They performed for my late brothers memorial service. It was the most beautiful and honoring service for his life. They were absolutely amazing in every…”