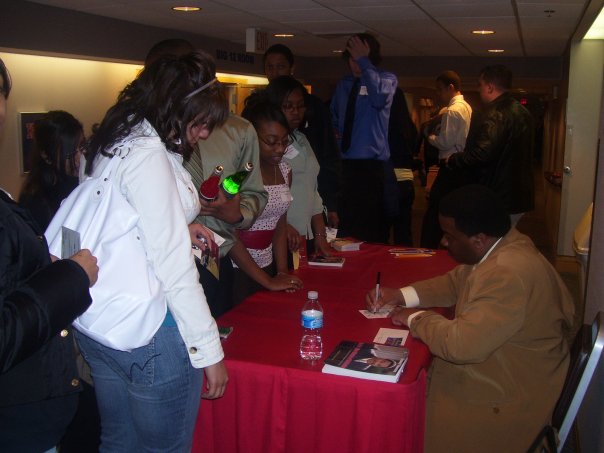 Autographing copies of my book at the University of Kansas 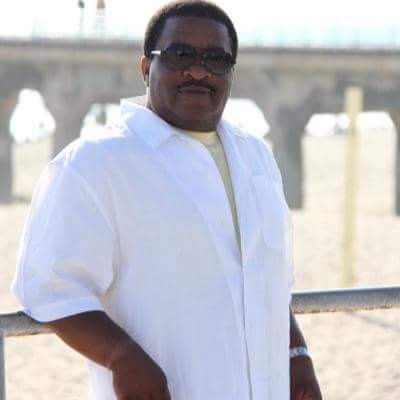 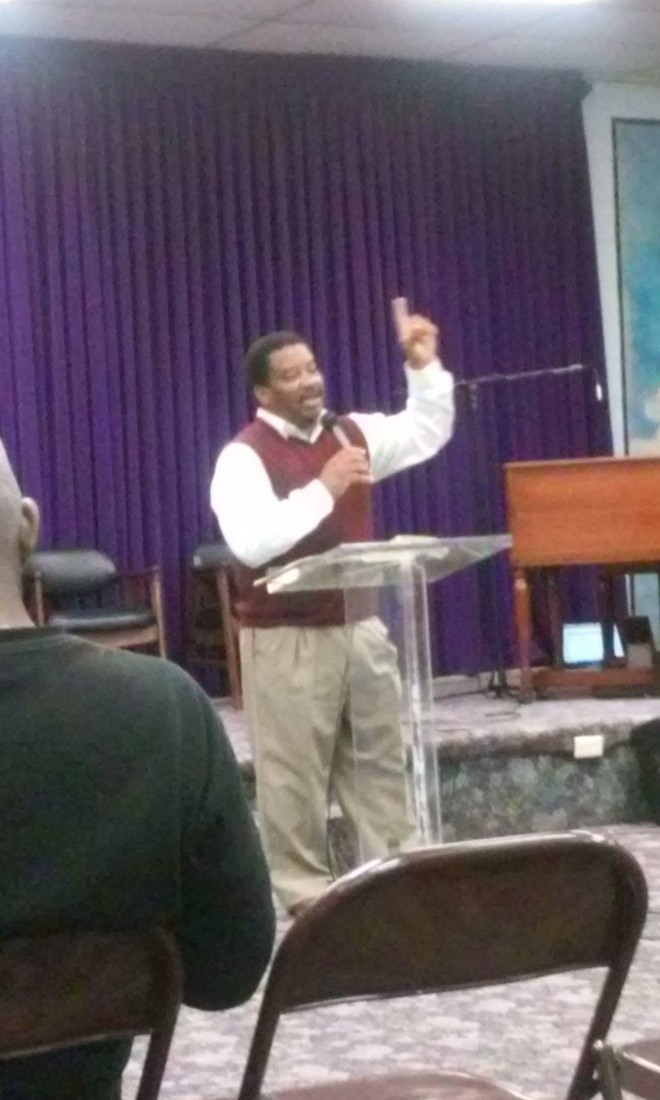 Be the first to review Mr. James L. Thomas Sr.

The client will receive more than they pay for. The audience will be energized, excited and ready to exercise their God given gifts and talents to change their very existence. They can expect to hear a faith based message that will touch their spirit as well as their mind.

James Thomas believes that life is an exciting adventure.

As a teenager in the 1970’s, seeing the likes of Al Green, Marvin Gaye, and other’s come through his uncle’s VIP Records store began his love affair with the entertainment industry.

He graduated from Fremont High School in 1978 and turned down admission into college to follow in the entrepreneurial path he had seen paved.

At the age of 21, James took $600 and started his first business, Video Plus Records.

Over time he would start several other ventures, including “The Minority Business Association”, and the “White Glove Cleaning and Detail Service”, whose clients included Actor/Director Robert Townsend, Rock Superstar, David Lee Roth, and The Black Crowes.

In the meantime James had taken college courses, completed the USC Entrepreneurial Program, and was inducted into the Successful Alumni Hall of Fame in 1989 at Fremont High School. He also stayed close to the community, working with at-risk youth in both Inglewood and Los Angeles.

With no experience in publishing but a desire to see a publication that showcased black people positively, James started “Style One Magazine” in 1992. While this venture was short lived, James took the initiative to continue to infiltrate the industry that enthralled him. He worked with various publications as a writer and reporter, interviewing many of the most prominent figures on the entertainment scene.

In 1995 James founded what became the “Hollywood Music Showcase”, as well as “BEM Entertainment” the cornerstone of which is Black Entertainment (link hidden). The print publication which debuted in 1997, has had covers featuring Vivica A. Fox, Kirk Franklin, K-ci and JoJo, Jimmy Jam and Terry Lewis, Antonio “LA” Reid, Monique, and Mack 10 among others

Along with the magazine, BEM Entertainment, Inc. now encompasses BEM Media Group (owners of community newspapers, including the Beverly Hills Mirror, the only black owned newspaper in the city of Beverly Hills), BEM Books (the book publishing arm), BEM Films, (producer of films and documentaries) and Lamea Sounds Music (a record label devoted to the promotion of gospel music positive spoken word recordings).

In 1999 James founded the Janice Denise Thomas Foundation in memory of his sister to help women with cancer. The foundation gives Teddy Bears to hospital bound cancer patients during the holidays.

In 2000 he was honored when “BEM” was selected to host the “Entertainment
Industry Summit” at the Los Angeles Black Business Expo and Trade Show. James took pride in the fact his company was a major part of an event that consistently attracted more than 100,000 attendees over a three day period.

In 2007 he wrote, produced and directed the first project under the BEM Films banner,
True Riches, is the modern day story of the Book of Job. The film is slated for a winter 2014 DVD release.

In 2010 the economy and a failing marriage began to take its toll on Mr. Thomas causing him to re-evaluate his business. The publishing field was hit extremely hard pushing his company to the brink of bankruptcy. He did the only thing he knew to do in dire situations, Pray. He was inspired to present a motivational message entitled “The Ability to Get Wealth” which literally saved his business career. This message led to the formation of The Red Letter Agency PR Firm, an Entertainment, Sports and Corporate Public Relations Firm.

In 2014 James started the “Expect To Win Movement.” The Expect To Win Movement is a series of quarterly seminars featuring individuals sharing their testimonies about how their faith in God has led them to success in their lives. The mission of “Expect To Win” is to lead people to Christ by sharing the the Word of God and showing them the successful journey of their peers. We show them why God Expects Them To Win in Life.

James ups and downs on his road to success made him a natural Motivational Speaker.

James teaches a weekly inspirational class. Words of Wisdom with James Thomas are conducted every Friday morning at Academy Cathedral in Inglewood, California. He also teaches via the phone lines seven days per week to a worldwide audience. He conducts motivational seminars on how to start businesses with limited resources and how to apply God’s word to your daily living. He is the Director of The Entrepreneurial Ministry and President of the Men’s Ministry at Academy Cathedral Church in Inglewood, California.

His unique style of speaking has afforded him the opportunity to conduct seminars in Orlando Florida, San Diego, California, Nassau Bahamas, Atlanta Georgia, Kansas City, Kansas, Dallas Texas, Los Angeles, California, and many other Southern California cities. He has been the guest speaker at The University of Southern California (USC), The University of Kansas, and El Camino Community College and many Middle and High Schools throughout the state.

He is the author of “Five Minutes of Motivation,” “Five Steps to Owning Your Own Business”, “Words of Wisdom” by James Thomas and The Incredible History of The Academy Theater.