Mitch Webb and the Swindles 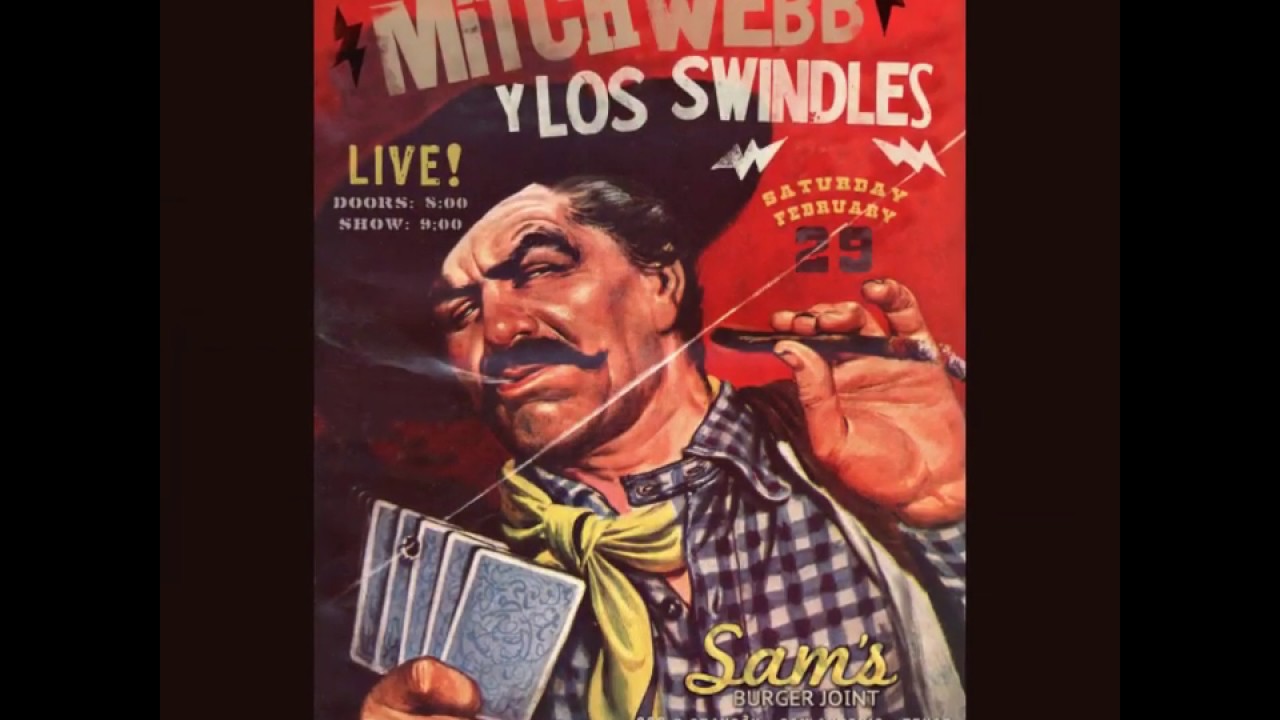 Live On Your Stage

Hold Me Down
Mitch Webb and the Swindles

Filled with fantastic dance music and world-class musicians, we are a 6-piece band out of San Antonio. We have recorded 6 cds, and charted highly in many Americana and Roots reviews. We have managed to carve our own niche from the Americana music scene by embracing the rich cultural heritage of San Antonio, and so, the band sounds like San Antonio, a mixture of outlaw country, rock, conjunto, and Americana cultures and generations colliding and embracing each other.

Be the first to review Mitch Webb and the Swindles

Mitch Webb’s songwriting style comes straight from the roots music melting pot of San Antonio. His band is continually compared to Doug Sahm and the Sir Douglas Quintet and rightfully so. Webb is from the same hometown and plays a special blend of country, rock-n-roll, and Conjunto found only in their region. The Swindles consist of some of the finest musicians the Alamo City has to offer. Webb sings lead vocal and plays the guitar, and is joined by Grammy award winner Joe Reyes on guitar and vocals (Freddy Fender, Flaco Jimenez, Texas Tornados), Chris Dodds (Two Tons Of Steel) on drums, Dave Wasson on guitar, Odie on bass, Ray Symczyk on keys and and bajo and usually either Michael Guerra or Josh Baca on accordion (Raul Malo and los Lobos & Tex Maniacs respectfully). The Swindles' newest 2019 release "Fantastico" will be the talk of radio-town come January 2020.

Your event can be this good. World-class talent. Dance band. Want a date? Book it.
We are a small band out of San Antonio filled with great musicians. We have recorded 6 cds, and charted highly in many Americana and Roots reviews. We have managed to carve our own niche from the Americana music scene by embracing the rich musical heritage of San Antonio. This band sounds like San Antonio, a mixture of cultures and generations colliding and embracing each other.

It’s apparent that Mitch Webb and his band The Swindles are students of history. After all, they hail from the fertile realms of South Texas and San Antonio in particular, a region that played a key role in the integration of Tejano music and the border sounds that accompanied it into the broader expanse of Americana music. They’ve held true to that tradition ever since, effectively resurrecting the essential styles of that great American city. Six albums on, the spirit of Doug Sahm, Freddy Fender, Los Super Seven, and others of that ilk echo through each of their efforts.

Fantastico is no exception. Here again, Webb and company clearly convey an essential sound from a knowledge perspective. With the exception of the rockabilly revival conveyed through “Gone, Gone, Gone” and “Can’t Stop,” no two songs take the same tack, much less overlap. Each offering becomes a singular study in various forms of County and its various Tex-Mex motifs, and while the band is clearly adept at emulating others, they convey the music in a singular style. “New Bordertown” pays homage to the Sir Douglas Quintet, the mournful “I Was So Wrong” is a self-described Patsy Cline-style weeper, “Driftwood” nods to Ray Price,” just as the Latin sway of “Marie” and the vampy gypsy jazz flavor of “Big C” expand the palette to include more exotic influences as well.

Given the fact that Webb was able to enlist several notable guess stars to aid in these efforts -- Grammy winners Augie Meyers, Joe Reyes and producer Joe Trevino, among them -- the level of musicianship comes as no surprise. It’s one thing to be inspired. It’s quite another to be able to create the music that stays true to the mantra.

At this point in his career, Webb and his band have reached a definitive plateau, one that has found them willingly preserving a vital legacy and taking it forward towards the future. It is, after all, all too easy to forget certain precedents as far as cross-cultural initiatives are concerned. Consequently, given today’s dangerously divisive environment, Webb & The Swindles ought to be commended not only for the music but equally importantly, for their efforts to continue breaking down barriers all at the same time.