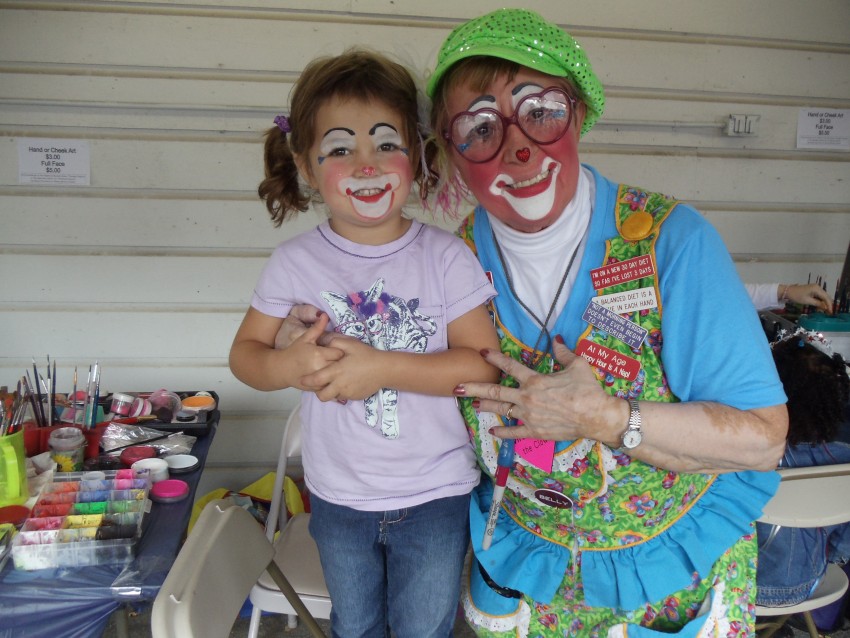 Family entertainer. picnics/weddings/corporate and private events. Face painter/ balloon twister/ comedy magic (link hidden)lloon sculpturing , face painting. I work without clown makeup for many events. Almost 40 years experience. Award winning clown, and entertainer. I have taught many local clowns art of clowning, as well as taught face painting and balloon classes. References upon request. Will perform in or out or make up.

Very nice to the children

She was on-time, very dependable and very talented

Response from Mischief the clown:

It was easy. The party was organized, the children were very polite and enjoyed the balloons. They were very well behaved children. The hostess was kind and helpful to me in setting up and taking down. Special group of nice people. Great party for everyone.

Mischief the clown was such a perfect idea for my daughters birthday. She was so kind and entertaining to the kids. I'm so happy she was able to make it to our party. She was so great with the little kids and provided tons of balloons and extra prizes for the kids. We can't thank her enough!

Mischief did a GREAT JOB entertaining! She did face painting and balloon animals. The kids loved her!

Excellent job on the faces!

Marie and her balloon-artist partner did a great job for our baseball league outing last Saturday.

If you want a face painter, you will be pleased. I am a very good face painter and do everything from little cheek art to full faces. I always get compliments on how good I am. I am an excellent face painter.
If you are looking for balloons, I am also very good. If the lines are very long, I keep the balloons simple, but impressive. If there is enough time, I can get more creative. If it is a clown you are looking for, I do comedy magic and Mischief is always in trouble. The volunteers are the hero's because they make the magic happen. I usually use a bunny (Popcorn) in my show if the weather is not too hot. This is a hit for all ages

Started entertaining and clowning in 1979. I have attended clown conventions over the past 30 years throughout the United States. I have also performed in locations all over the United States, entertained at the Whiite House as well as several foreign countries. I have received many honors for my skills along the way. In competitions on the National Level I have come in the top ten numerous times, as well as in the top three.

My skills include, shows, balloon twisting and face painting as well as walk around entertainer. I was honored by Clowns Of America International as "CLOWN OF THE YEAR" as well as receiving THE CLOWNING IN EXCELLENCE award These are the top awards given by the International Organization and are not given out easily, They have to be earned by your expertise, your experience and you have to be nominated by your peers and your community. You must be active as a clown for 15 years at least to be nominated.

I have had the opportunity to pass my skills on to many new clowns through sharing and teaching clown classes at the local collage. I have learned to entertain in all venues and will entertain as a clown or just a colorful costume depending upon the needs of the person or groups needs. I am available to teach workshops on balloon making, face painting or clown skills.

If you need a face painter, I can bring my own table and chairs. However, most places provide this only because it is quicker for set up time I bring my own sound system when doing shows and my own show equipment. I basically need space and will not work in the direct sun. I work out details with each individual client.

If face painting, I need light. I cannot work in the hot sun, but will work outside in a shaded area. If the weather is cold, very windy or rainy, i need to have shelter to put on a show face paint or do balloon twisting, It is not only good for me, it is good for my audiences.

I was inspired to be a comic entertainer by Carol Burnett and Red Skeleton . I love to make people laugh.

some jobs have needs/ohers are self contained. Ask when booking

Out of bright sun, and undercover in bad weather