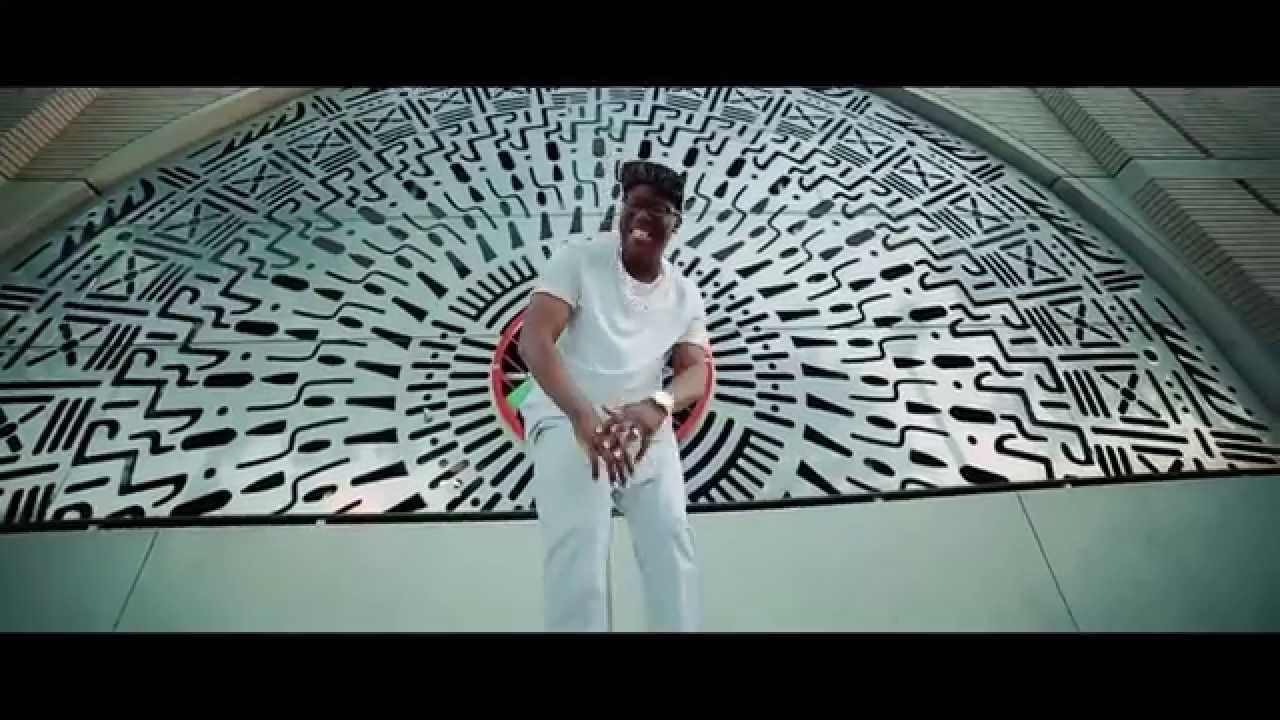 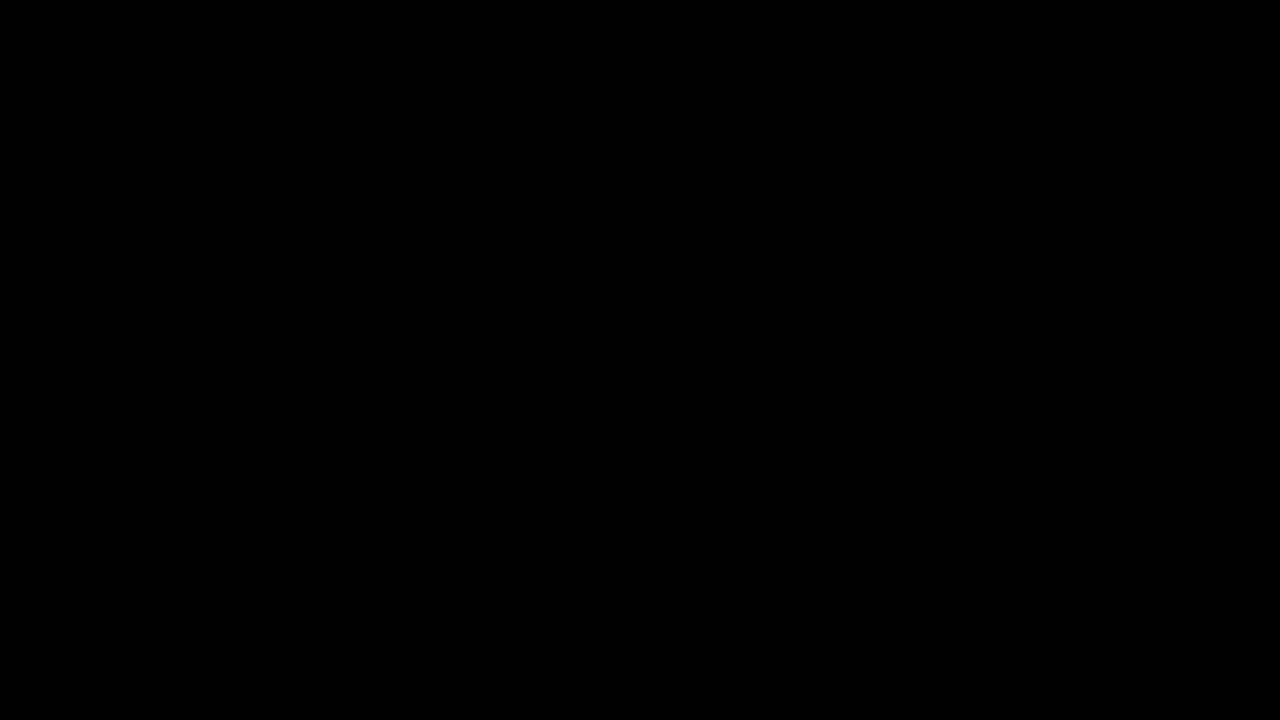 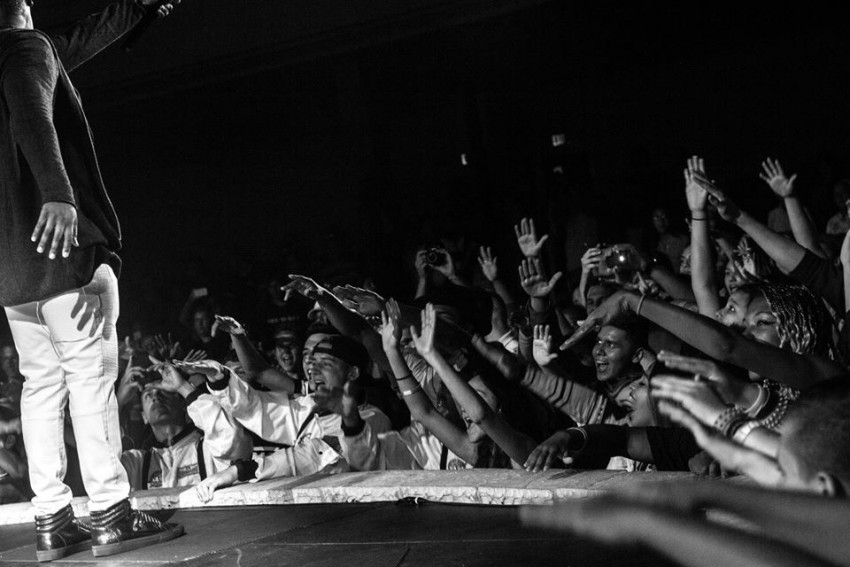 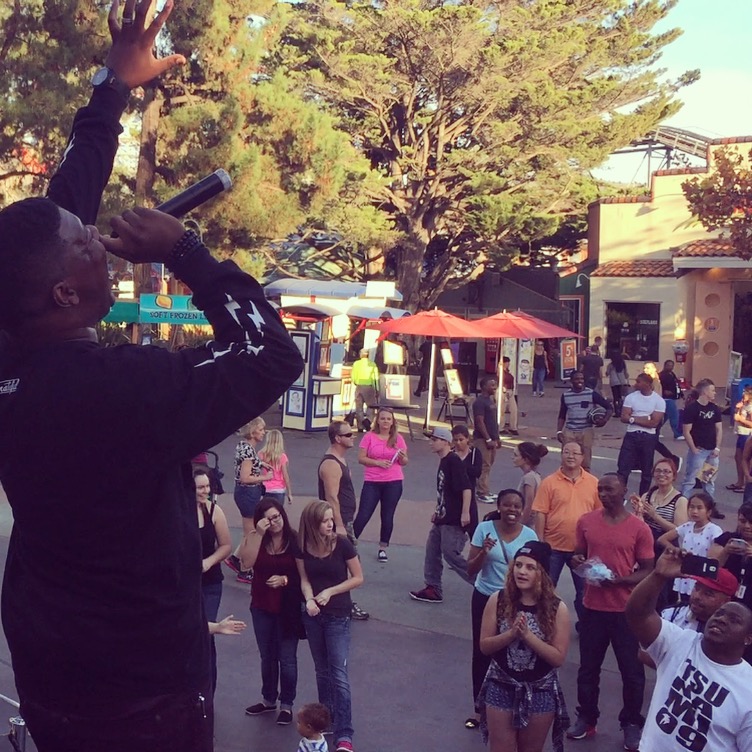 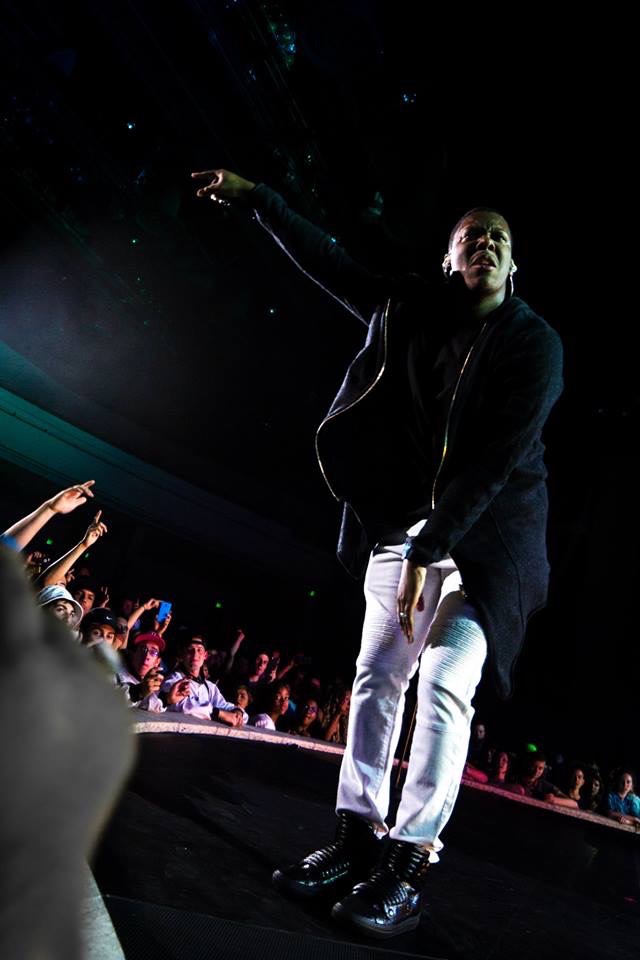 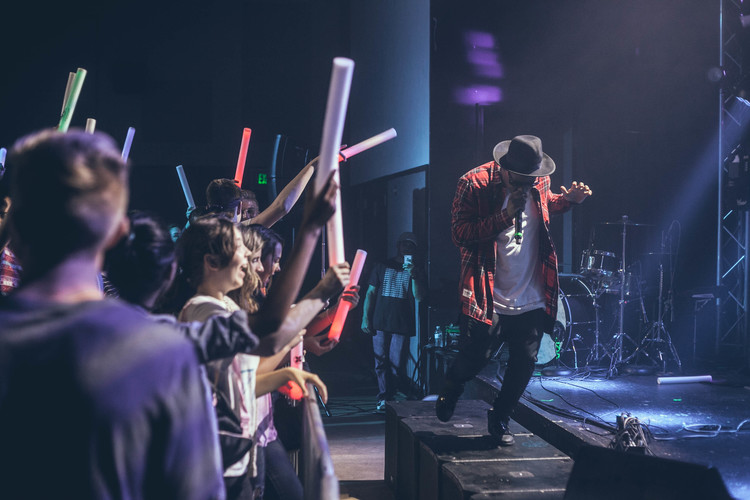 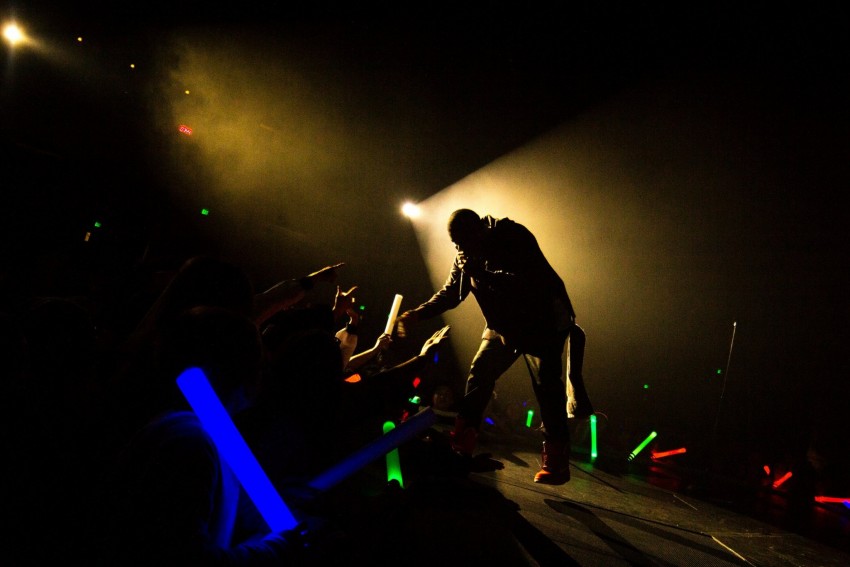 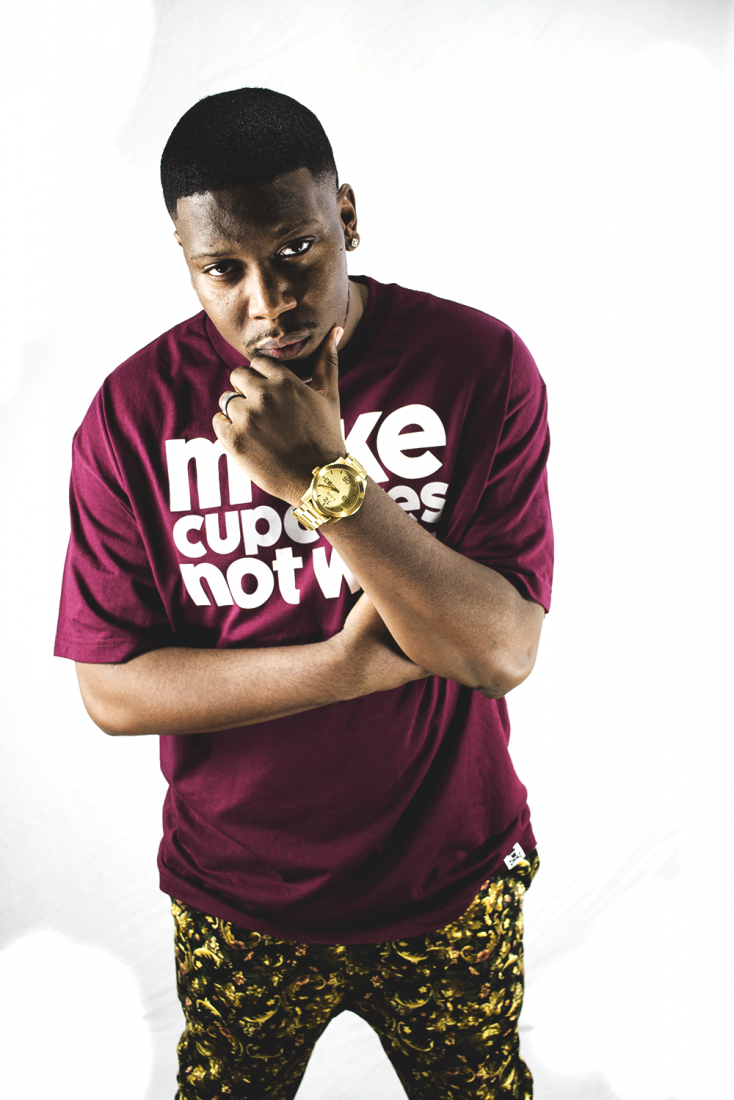 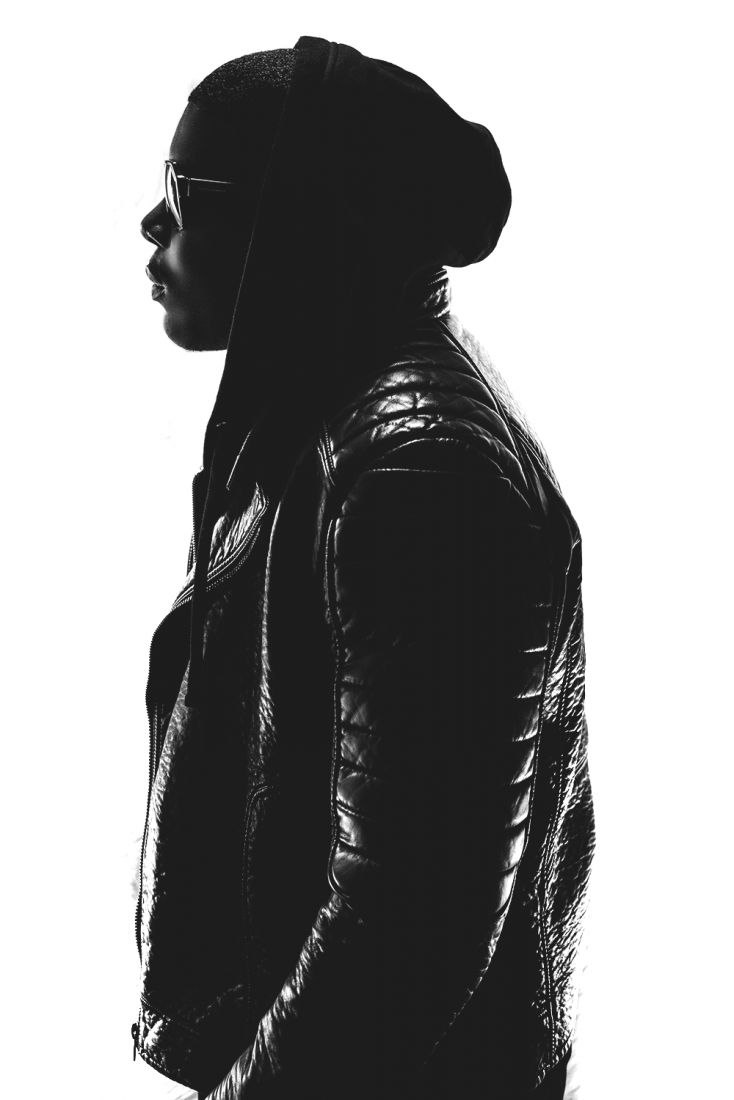 My name is Milliyon. I am a Christian Hip-Hop Artist determined to reach our youth with the message of love, hope, and grace found in a real relationship with Jesus Christ. I am Christian Artist that travels with and without band. Traveling and touring currently. @IAmMilliyon on all social profiles. #IAmCHH

Be the first to review Milliyon

Lights are spotlighted. Cheers are echoed. Crowds are screaming after many rocked stages. Lives are impacted and forever changed through an experience rendered as “Milliyonic,” a new movement led by God and spearheaded by a young man who aims
to challenge the hearts of people to live passionately for Christ

MILLIYON
Milliyon definitely knows when to speak up. The Atlanta-born and Sacramento-based rapper, songwriter, producer, and leader uses his fourth full-length album, Burn as a platform for an important message.
“I’m not afraid to unashamedly tell you I am a Christian hip-hop artist,” he declares. “My definition is very clear, and I represent Christ within in my music. This is the easel or landscape that I’m conveying my stories over. Sometimes, artists move away from the title of ‘Christian hip-hop,’ because they don’t want to be pigeonholed. I embrace it, and I’m letting the music speak for itself.”
Following the success of 2013’s I Live Milliyonic and its subsequent tours, Milliyon took some time to reflect during 2014. He married the love of his life and traveled all over the world, experiencing Greece, Mexico, and Hawaii. It proved to be a well-deserved break after a decade-plus of diligence and dedication to music. Beyond his solo output, his voice has been heard on collaborations with Canton Jones and Deitrick Haddon’s Church On The Moon, which entered the Billboard Gospel Chart at #1. He penned “Holy Ghost Holiday” for James Fortune’s Encore—another chart-topper. Live, he’s captivated audiences alongside everybody from Rick Ross and T-Pain to Kirk Franklin and Mary Mary, in addition to appearing at Miami Spring Fest, The Dove Awards, and Radio One’s Dirty Awards. Milliyon even garnered two nominations for “Hip Hop Artist of the Year” from G.C.M.A. in 2005 and 2006, respectively. When it came time to record Burn, he had a clear vision encased within the very title.
“I’m trying to show everyone the experience I have and encourage them,” he says. “It’s literally like a fire. A wise man once said, If you set yourself on fire, people will come to watch you burn. I’m figuratively setting myself on fire, because my passion to share this truth with the world is so bright.”
In early 2015, he locked himself up in a Sacramento studio with executive producer Tone Jonez [Lecrae] and up and coming producer K. Agee, co-producing the album with him. During the sessions, they lit that proverbial fire, seizing invigorating, inspiring, and infectious energy within the songs. Milliyon’s verses stand out as cinematic vignettes into his life punctuated by soulful and simmering hooks. After the cheers of a crowd, the first single “Hands High” struts through horn-driven production and handclaps as the artist’s lithe lyricism takes center stage.
“I’ve seen hard times, but I’m pushing past that pain,” he goes on. “I’m not able to move forward because I’m a perfect person though; it’s because I’m forgiven. I’m showing what God has done and is doing now. That’s what the song is all about.”
Elsewhere, the album opener “Fire” featuring Eris Ford strikes the match for a fluttering refrain and driving bars. “There’s always one song that represents an entire album,” states Milliyon. “If someone hasn’t heard of you, this track describes what the record is about. It’s the culmination of everything I want to say. The only thing I need is His presence. If I have that, everything else will fall into place.”
On “C.H.H.,” Milliyon’s spirit shines the brightest. After a commentary from underground rap sensation Murs on the fact that Christian artists should own that moniker, he drops one of his most impressive and insightful declarations announcing, “I ain’t never tried to hide Christ.”
He adds, “Murs took the words right out of my mouth. No one is here to represent what’s cool in Christian culture. Nobody is standing up, taking the mic, and making it cool. I’m not going to switch it up just to try to placate some ideal. I’m going to be who I am. I believe I am apart a new era of artist who unashamedly represent and push the agenda of spreading Jesus Christ through our music. We Are the new CHH.
In the end, all Milliyon has to do is be himself, and that’s why Burn has the power to uplift fans everywhere. “If you are Christian, I want you to feel like I stood up for you with Burn,” he concludes. “I want someone who may not be a christian to feel there may be more to the story. Lastly, I hope people just enjoy the album from top-to- bottom for a long time.”

Setup:
· If permissible merchandise table and appropriate time for set up
· Please inform us if your venue has media capabilities for our videos.
· Prefers to do sound check upon arrival to your venue.