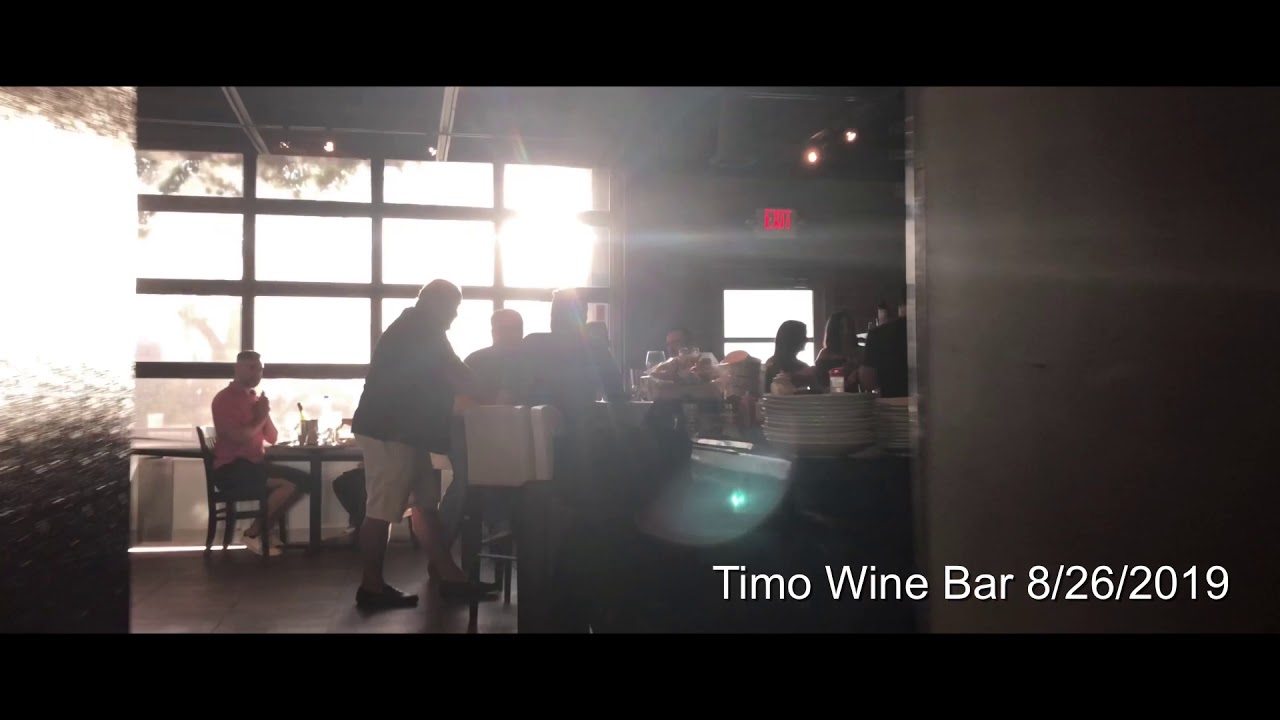 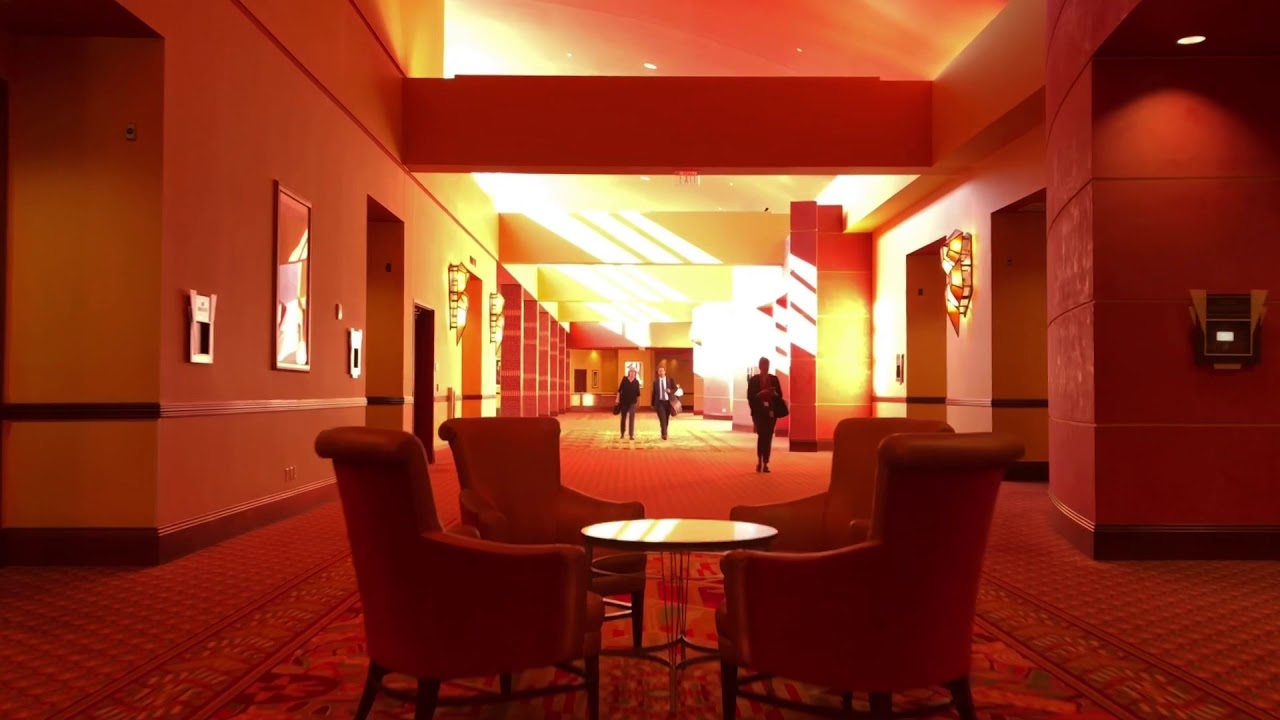 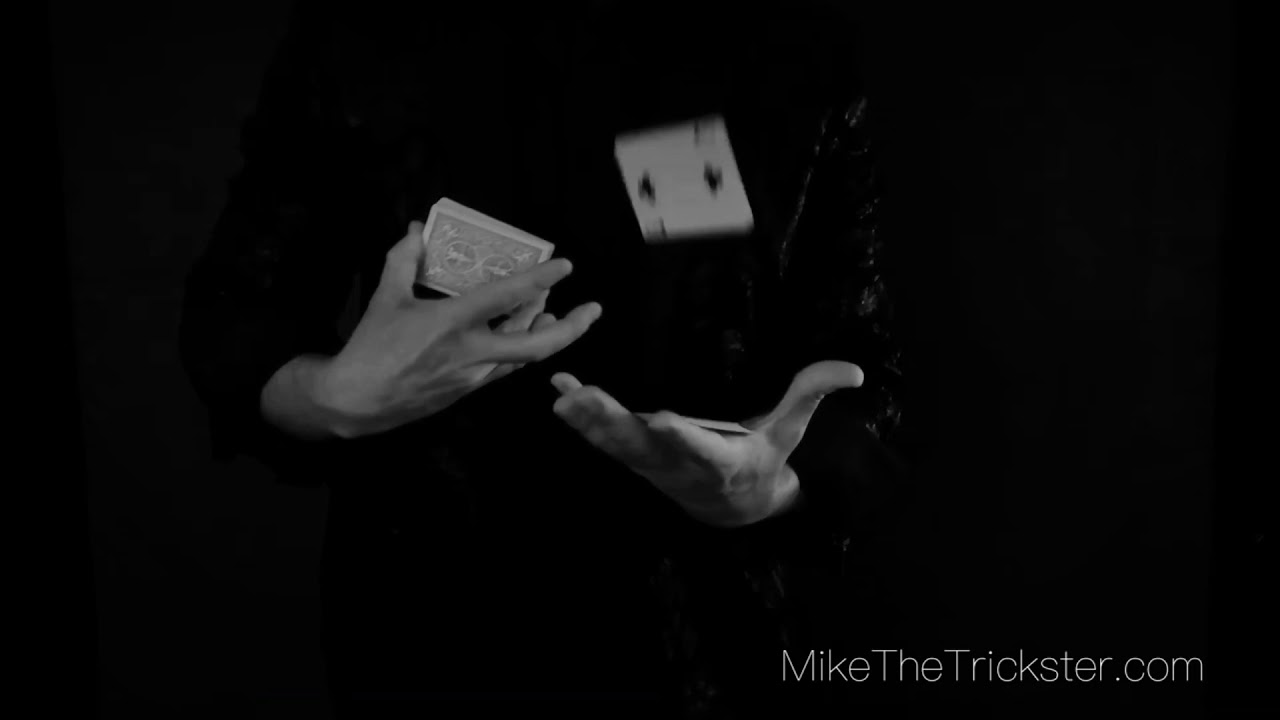 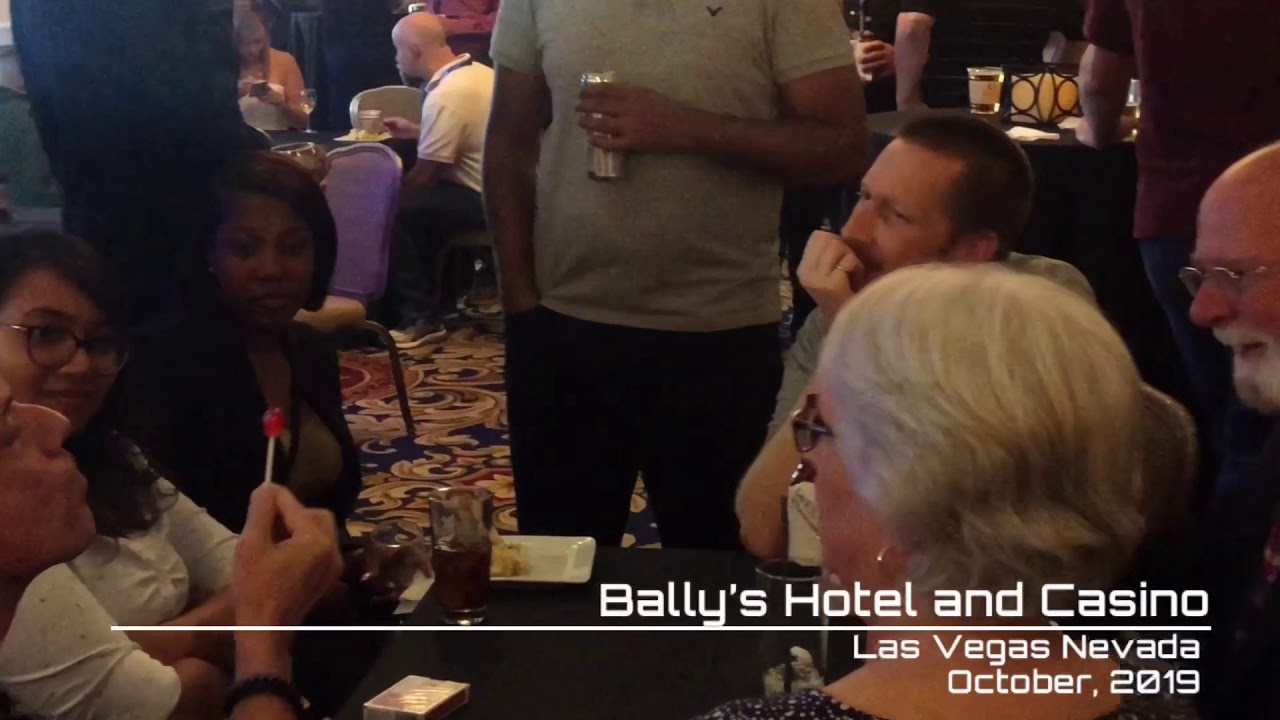 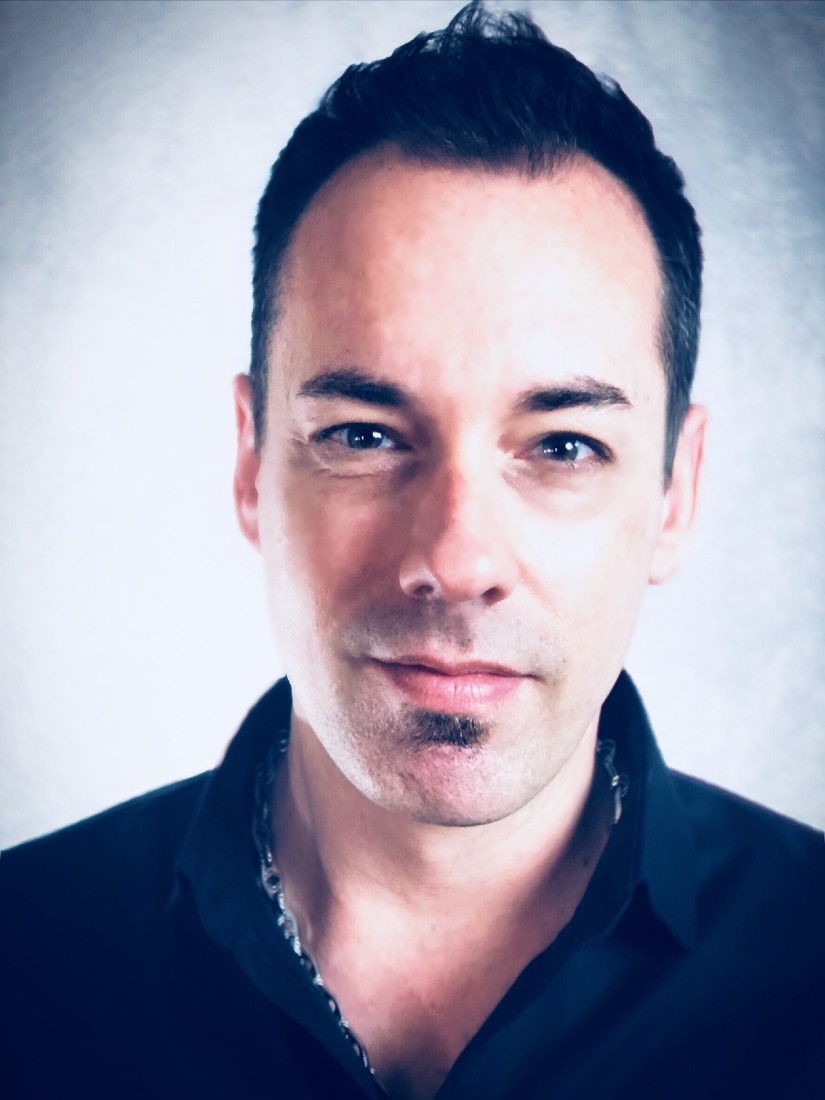 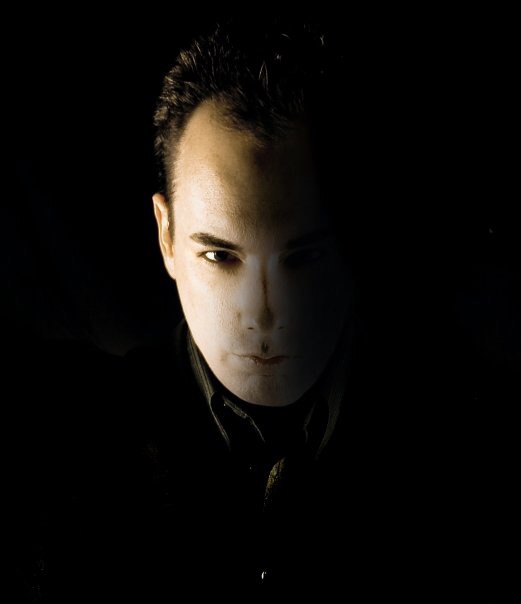 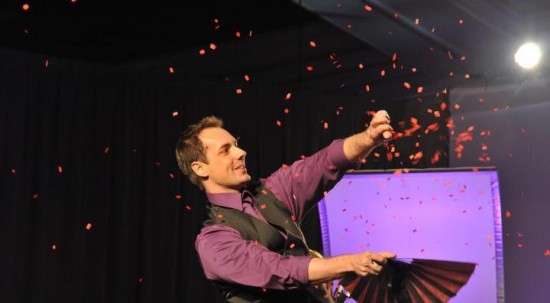 Live on stage at the Encore in Vegas! 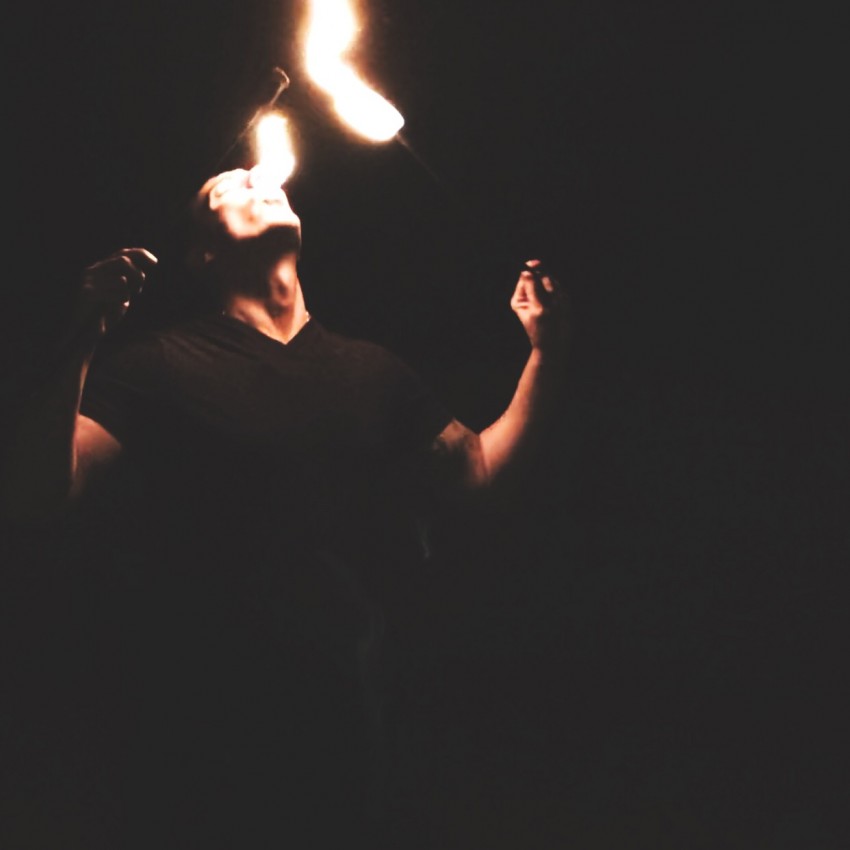 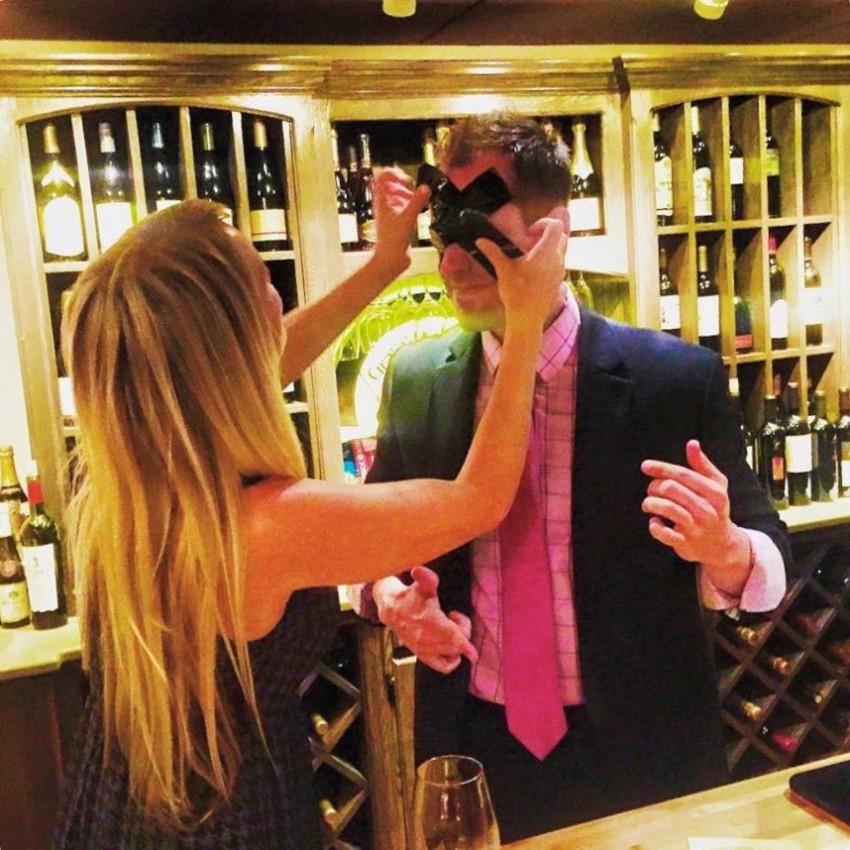 Exclusive performance at the Phoenician Resort in Scottsdale Arizona. 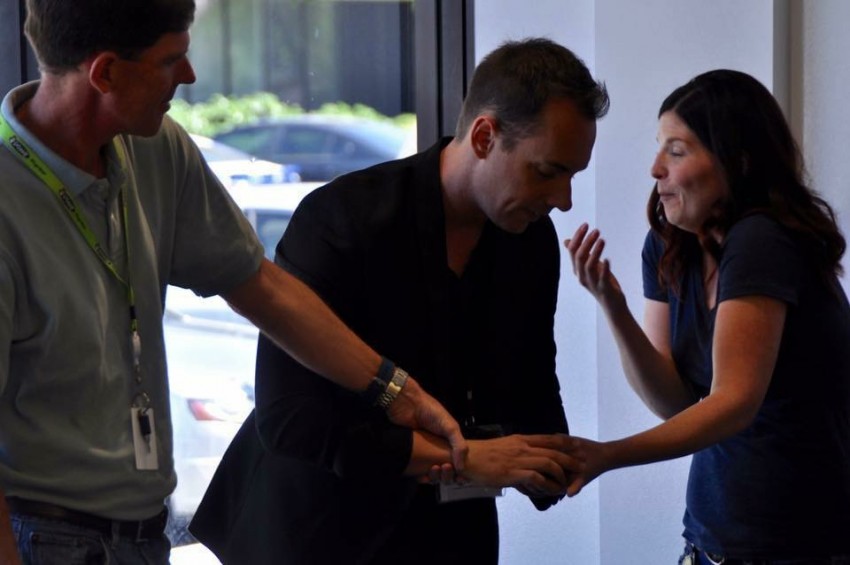 Performing in the offices of GoDaddy.com 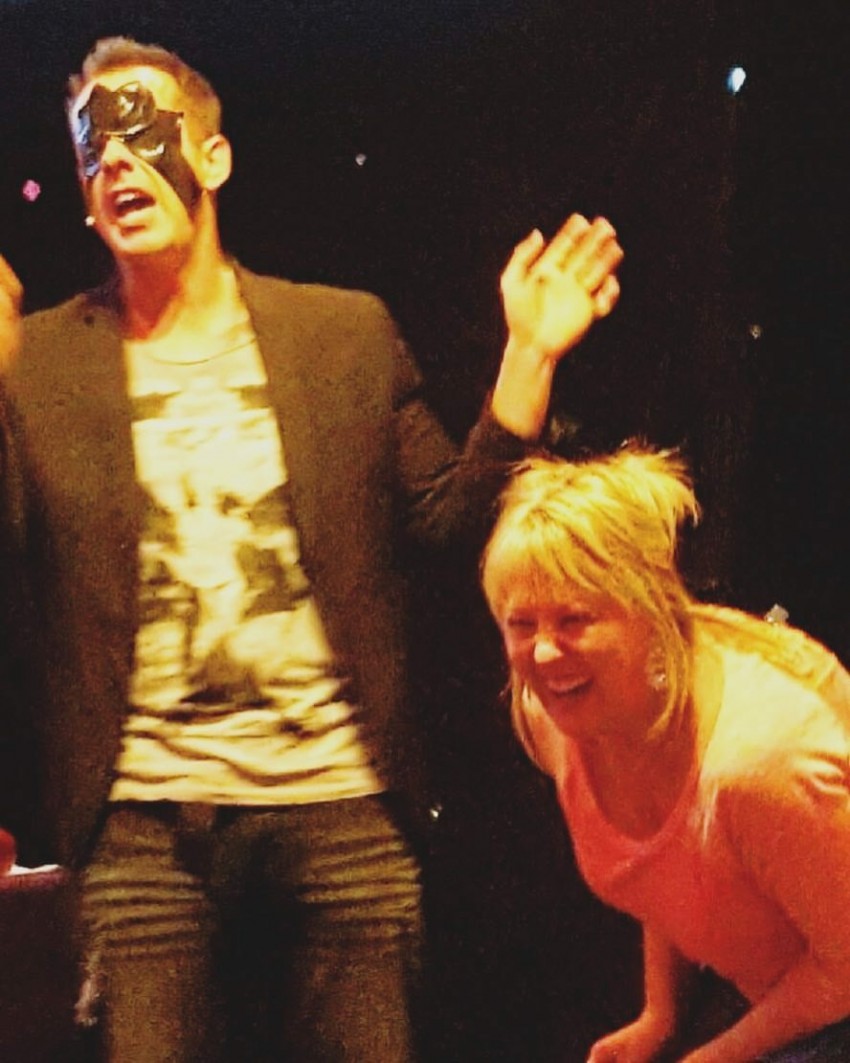 Cracking up on stage in Tucson Arizona! 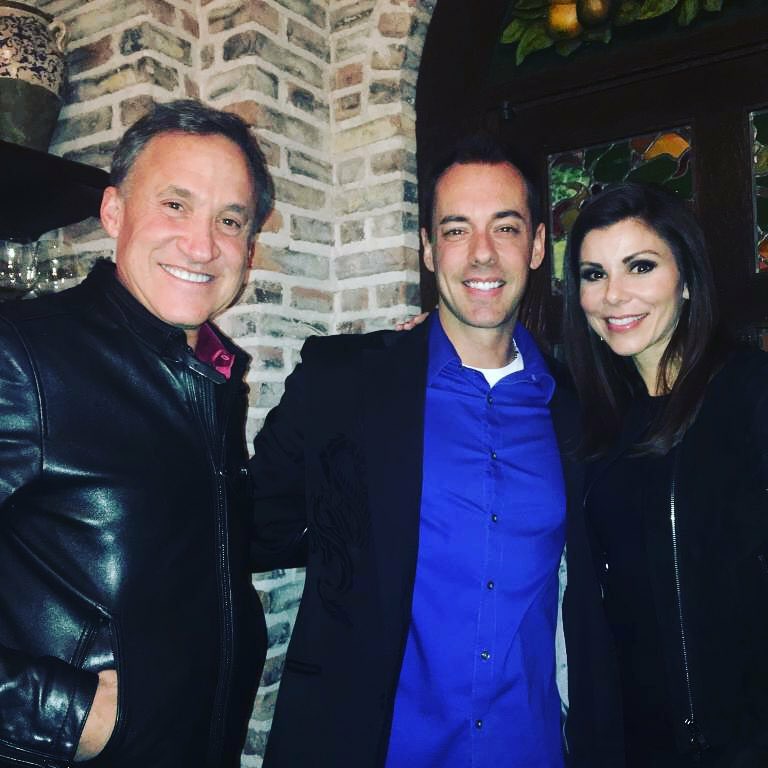 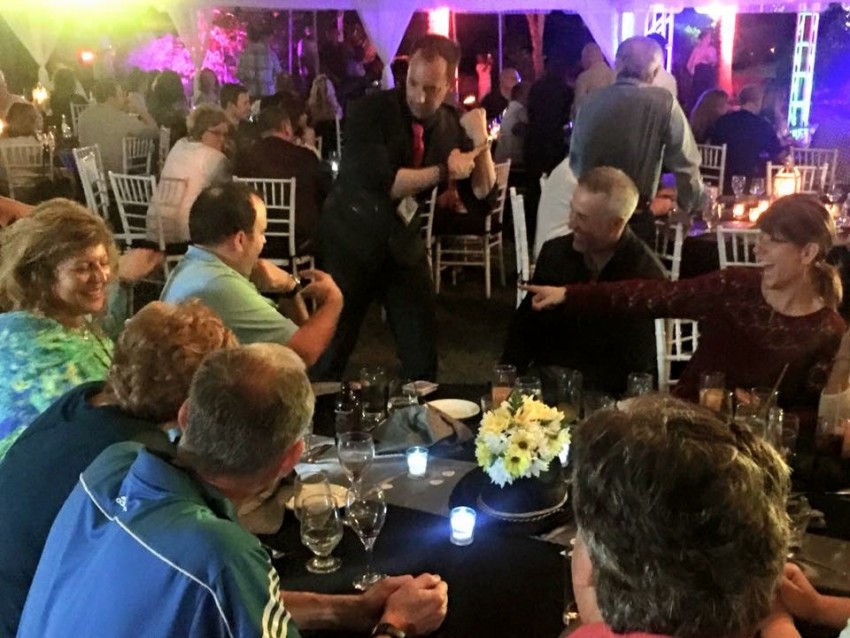 A performance at the home of the late Johnny Cash in Montego Bay Jamaica. 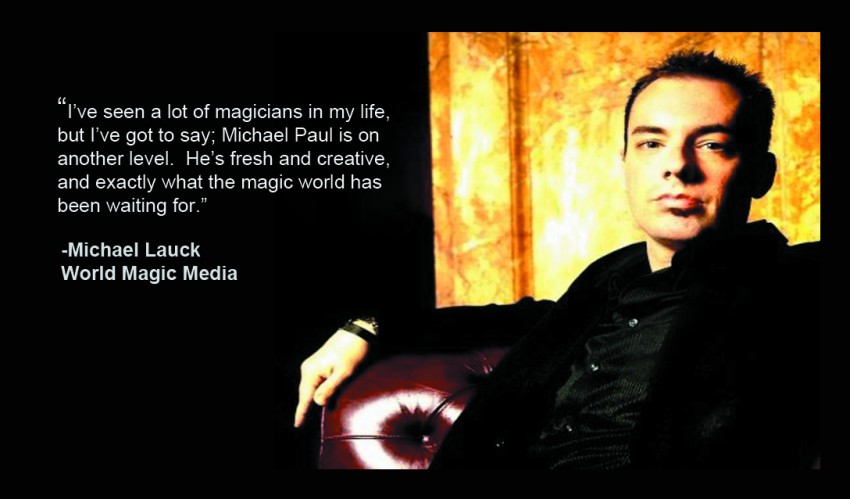 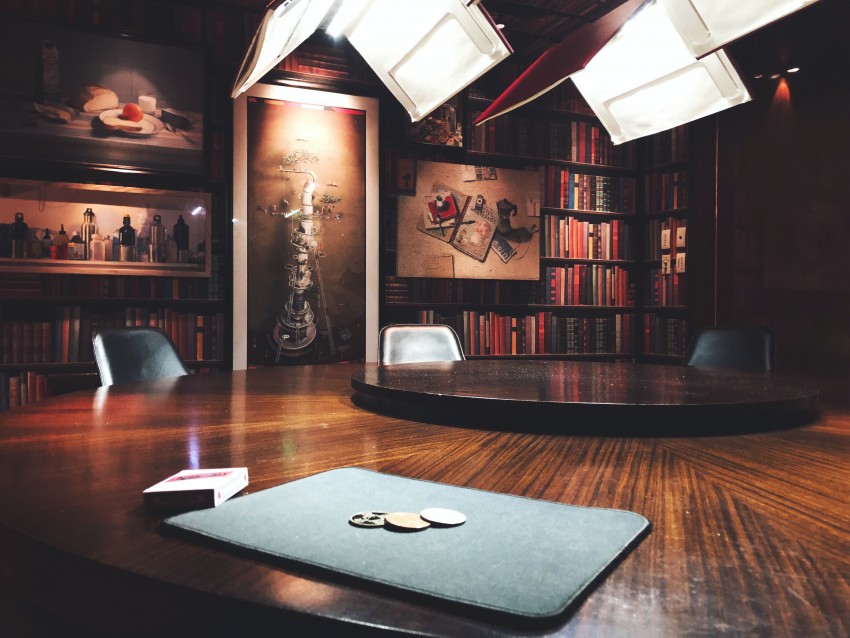 Shortly before taking center stage at the Cosmopolitan in Las Vegas! 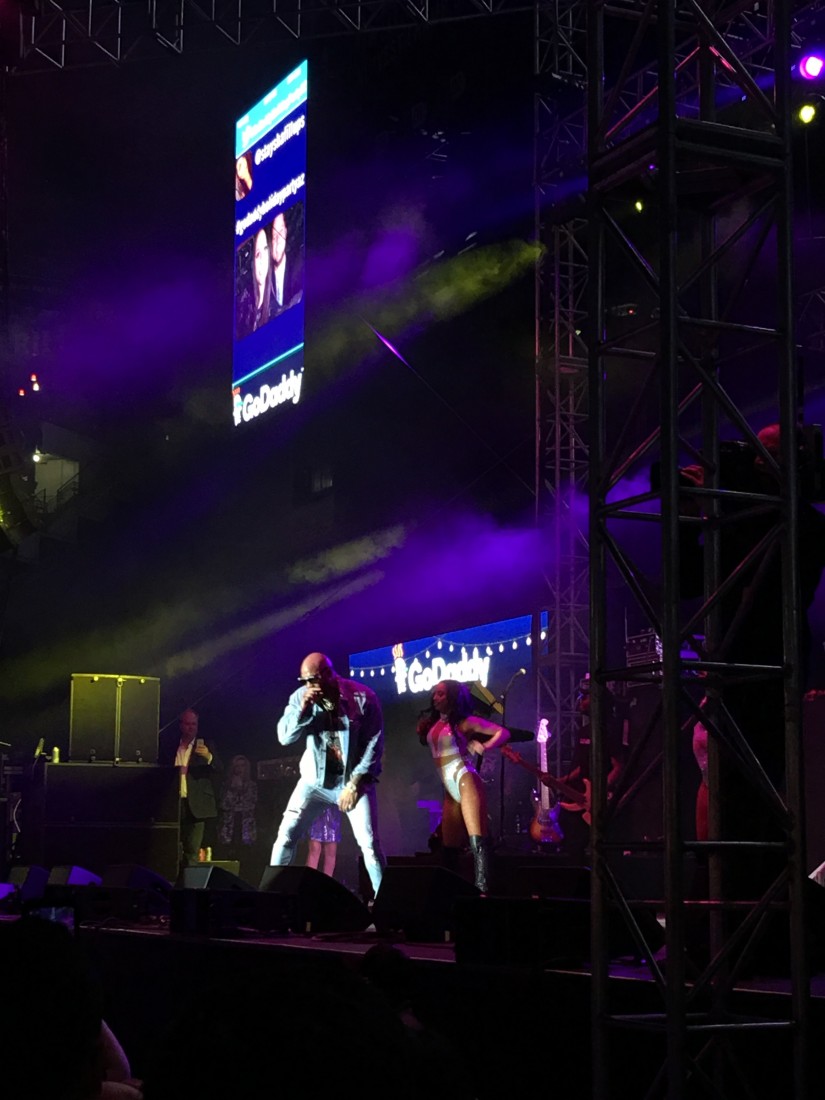 From my gig in Phoenix Arizona along side FloRida! 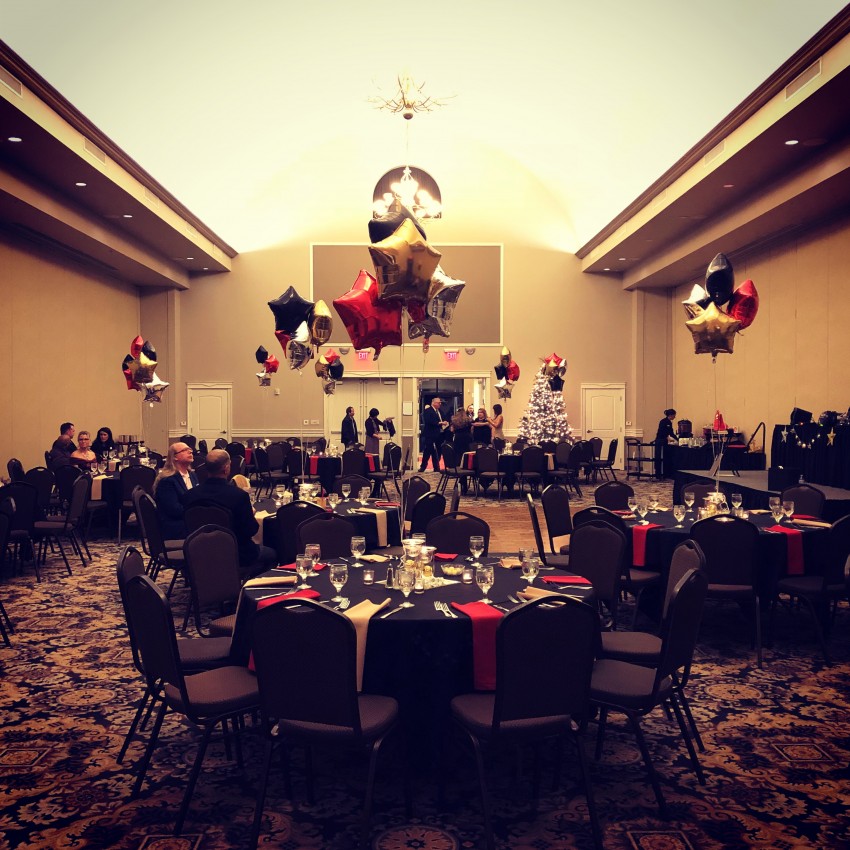 About to performing strolling and stage magic for Intel. 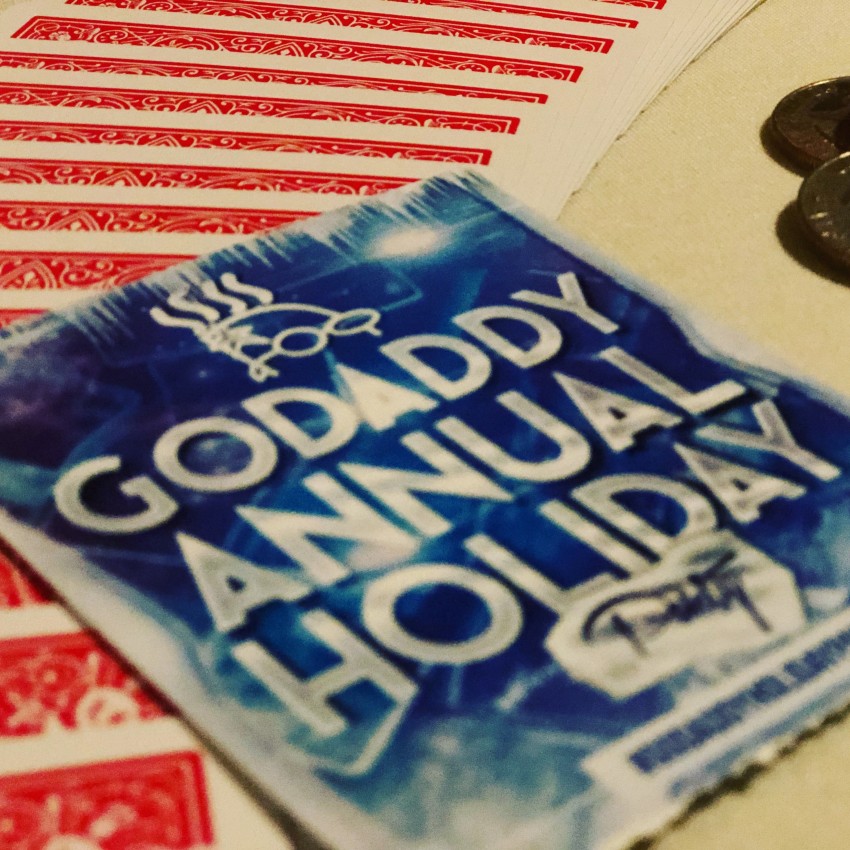 The official magic performer of the worlds largest holiday party! 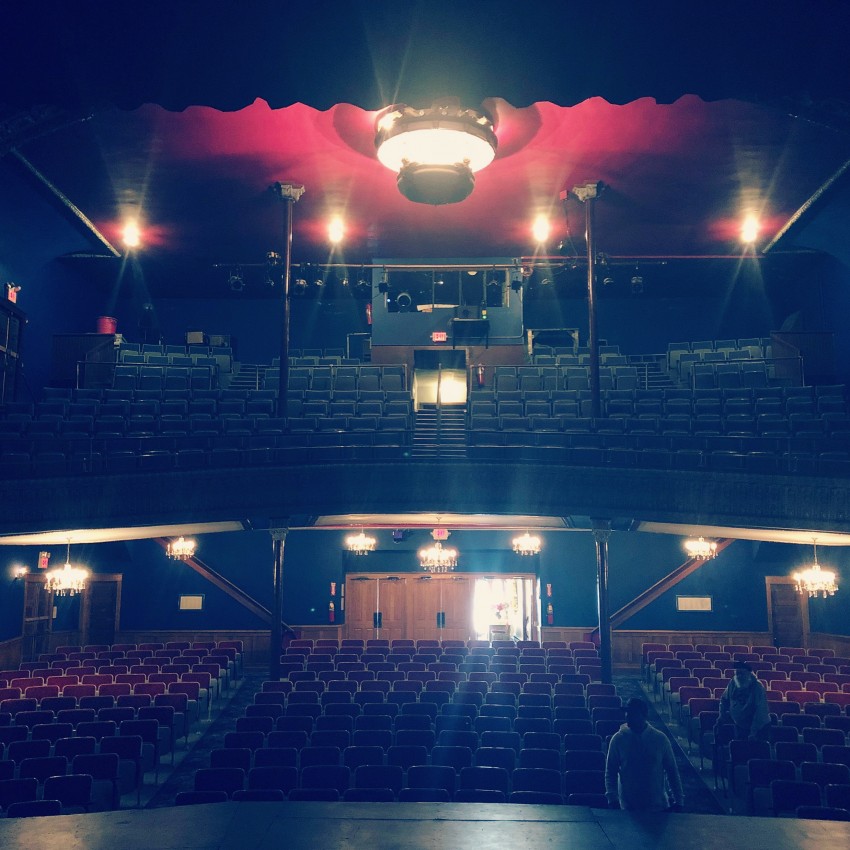 My view from stage in Raton, New Mexico. 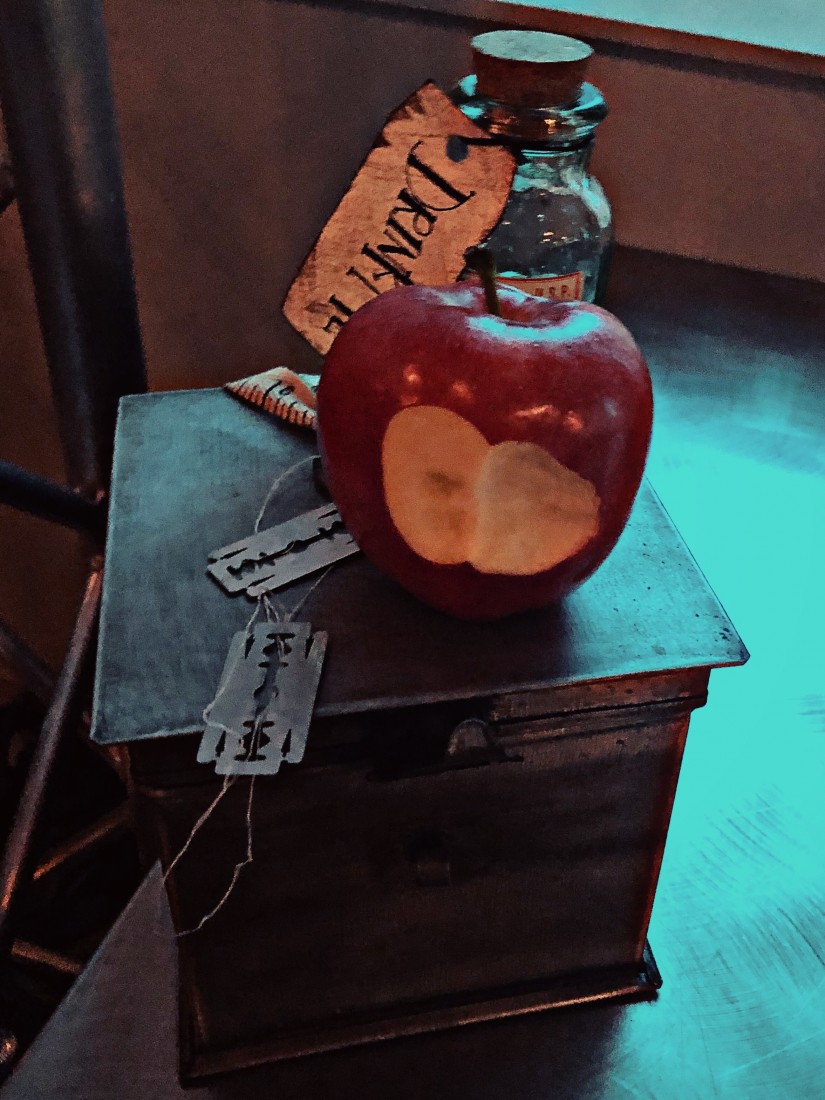 Just some of the magic performed at the GoDaddy.com Luminary Awards!

Event for JP Sports and Entertainment. Agents of some of the top athletes on the planet! 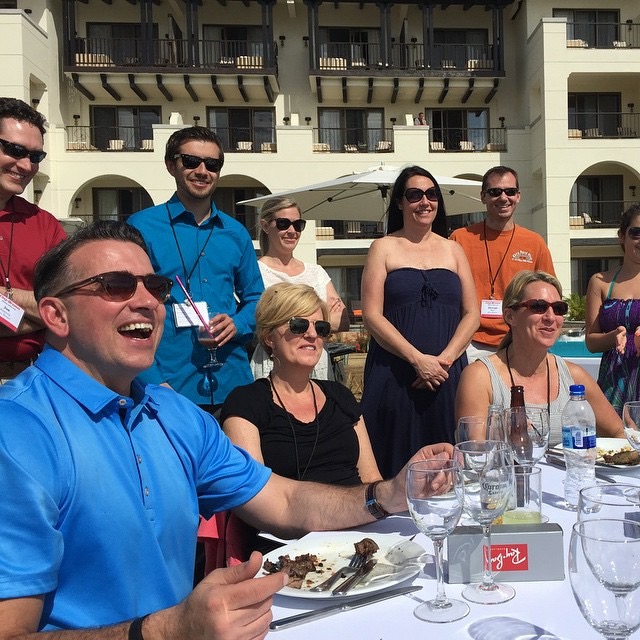 From a corporate event performance at Secrets Resort in Cabo Mexico 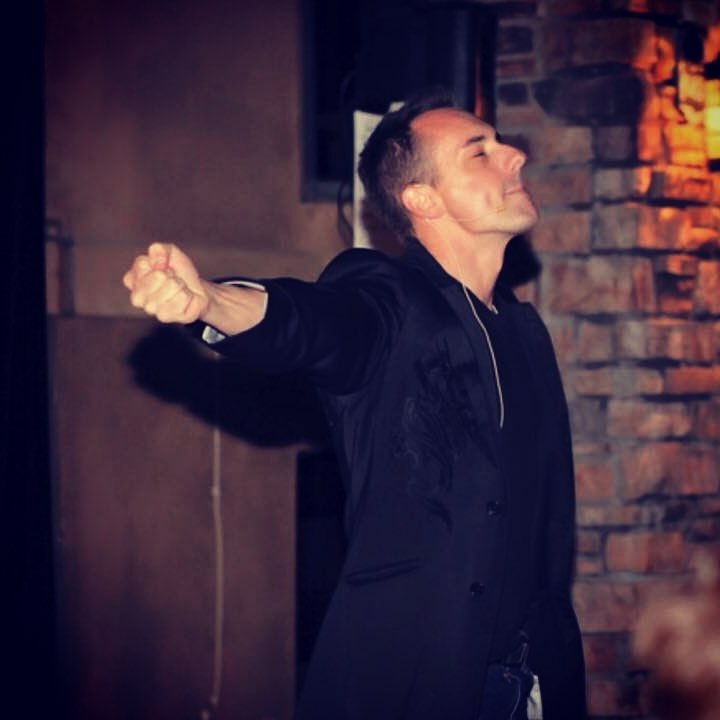 From a Halloween performance in Tempe Arizona. 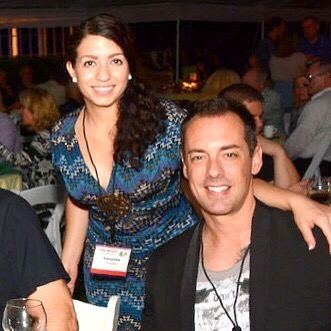 Performance at Half Moon Resort in Jamaica. 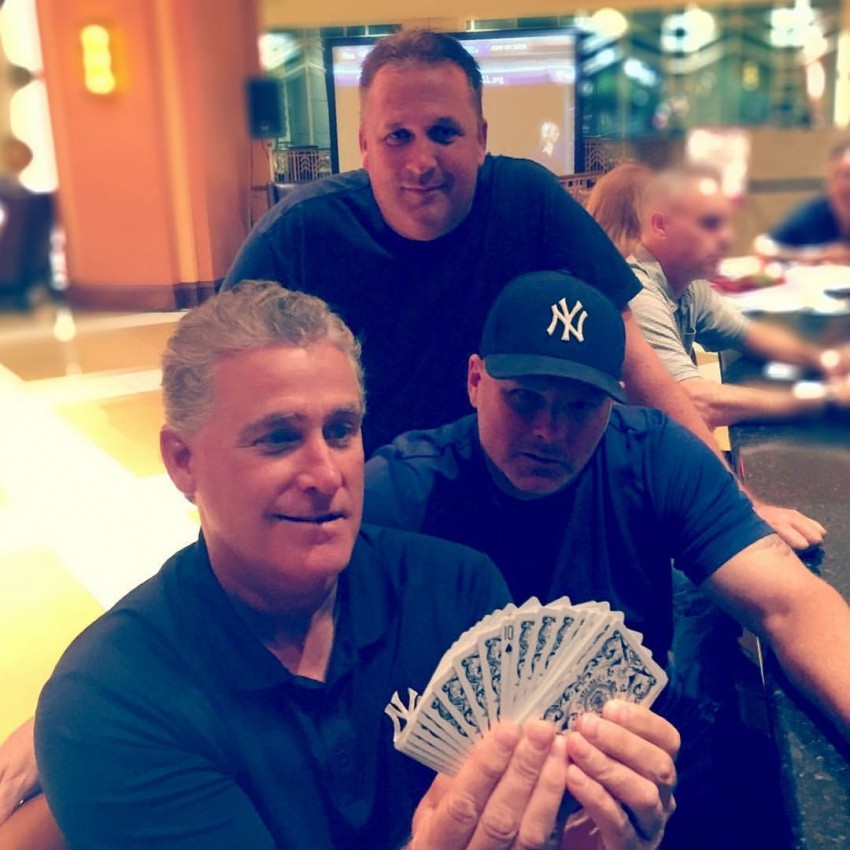 Close up magic performance for the baseball scouts from the New York Yankees. 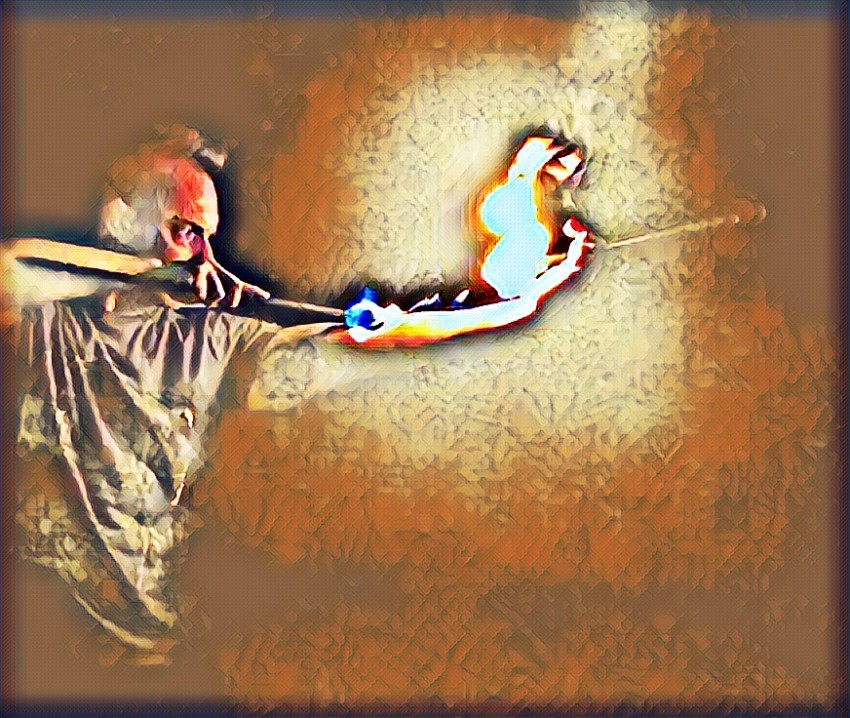 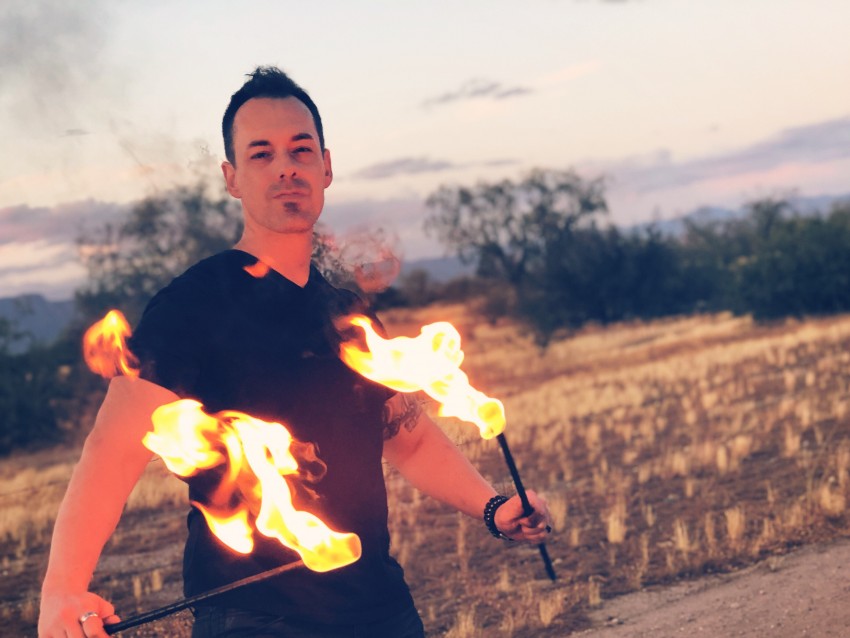 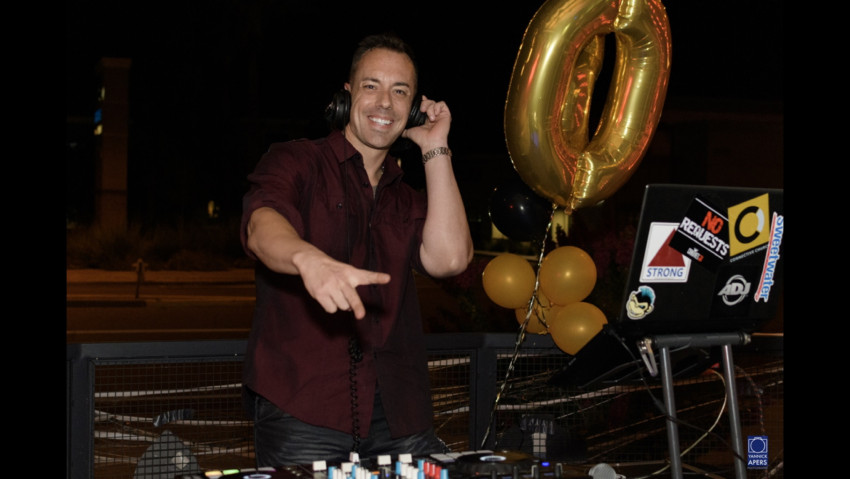 Michael's show is fully customized to be perfect for each event, ensuring the client knows exactly what to expect and is 100% satisfied.

With over 20 years of experience, Michael has been featured off Broadway in New York City, and at the world famous Magic Castle in Hollywood.

One word to describe Michael Paul “Awesome”! He was a big hit at my Winter Party Event at Intel; I am so happy we hired him. My executive staff members were very impressed and they did not want him to leave. I kept hearing “that magician was awesome, where did you find him, we loved him”! You and your guests will not be disappointed and he will make you shine as the party planner. Thank you Michael Paul for an outstanding performance; YOU ROCK!!

Michael Paul was a big hit at my event. He was professional and my clients were extremely pleased with the entertainment. He made me look good as an Event Planner!

We had Mike for a youth event for our church. He was so entertaining and really involved the students in his act and the different tricks he did while walking around. He did an amazing job, and we would recommend him to anyone!

I celebrated my 40th Birthday with a Lip Sync battle and Mike got the party hopping! Great music selection and great job interacting with my guests. I would definitely request Mike for my next celebration!
Thank you Mike!! 🥰

We hired Mike for a bachelorette party and surprised the guest and bride! Everyone loved the show and he was very entertaining. Perfect for our covid style fancy diner. Thanks mike!!

THE BEST IN ENTERTAINMENT!

From the moment he arriveds to the end of the show, the thrill and the excitement was non stop!
We were a group of ladies and he blew all our minds out! It was the best upclose show we all ever had.
Mike have that respectful, very professional, fun, delightful and trickster characteristic, we all enjoyed his tricks and presence. I will definitely request and recommend again. Thank you so much Mike!

We hired Mike to entertain our guests at our holiday party. Showed up early and stayed late. We had about 45 guests and only hired him for an hour during our cocktail hour, but he wasn’t able to meet all of guests in an hour, so he stayed longer and blew people’s minds! Everyone was impressed and I will hire him again in the future, likely for a full show on a stage! Thank you Mike!! You helped make our party super fun!

Thanks so much for the great review! I’m so glad everyone had fun. Your guests were amazing :)

Mike the Trickster was Incredible!

This is the second time we have got to see Mike’s act. He always impresses and is highly entertaining! We will definitely hire him again for future parties and events.

Thanks so much Casey!

Mike was amazing. Everyone loved the show.

DJ Mike was a great DJ. State of the art equipment and lights, very responsive to our set list requests and made for a rockin' dance floor scene!

This guy was truly world class. Absolutely loved his energy and charisma. His show was original and something I would pay to see in Vegas! As amazing of a performer as he was he’s an even better guy. Such a class act. Thanks again Mike for everything.

Mike the Trickster helped us accomplish our goal of providing a fun energetic night for our Gala guests. Everyone raved about how much fun they had with the large selection of music he played. Mike was very professional and reliable which made it easy to turn the entertainment over to him. He worked with our team to find out what we envisioned and provide the right music to cover 5 decades of music. Only a true professional could make the night flow from the ’50s and each decade thought to the ’00s in 3 hours Thank you Mike!!!! We will definitely use your services again.

Michael Paul is the best close-up magician ever

Michael amazed and delighted the audience at our event. It was a neighborhood block watch barbecue party, so it was outdoors, and Michael moved from table to table, with just a deck of cards, some coins and a length of rope and wowed everyone. He didn't need a stage or curtains or mirrors because he is so adept at what he does.
His audience ranged in age from 4 to 90, and everyone was equally mystified at his expertise. No one could come close to figuring out how he did a single one of his tricks, even though we were standing within a few feet of him, watching his every move.
He is fantastic, and as an added bonus, he arrived on time (early actually), and was unfailingly polite, professional and accommodating. I would recommend Mike the Trickster to anyone who wants a fabulous close-up magician for any event.

Michael was enjoyed by the entire family - from young to old - he was professional and had great communication pre and post event - would recommend and looking forward to working with him again.

Michael was INCREDIBLE!!! He definitely is THE ONE to hire!

We had the pleasure of having Michael perform at our birthday party this past weekend. It was a small 25 people party held in a small restaurant rotunda room. Michael walked the room entertaining each group of guests. His outgoing personality and charisma greatly added to the appeal and intrigue. He was a definite "hit"! His up close magic was flawless. He totally "wow-ed" our friends. We will definitely hire him for future events. Thank you Michael!

Thanks so much for the great review! It was a real honor entertaining for a family with such tremendous knowledge of, and connection to the history of magic. I’m looking forward to working with you again!!

Highlight of the night!

Michael and his performance was awesome and mind blowing!! He was certainly the best part of the night !!

Thank you for the kind words. I'm glad you had fun, and I look forward to working with you again!

The show that Michael Paul did for our holiday party was phenomenal. His tricks and sleight of hand were awesome and everyone was amazed with his skill. Michael Paul performed his magic at each of the guest tables giving everyone a close-up look. I would definitely hire Michael again.

Blown Away by Michael Paul!

We had the good fortune of booking Michael Paul for our Halloween party. We had a wide age-range of guests who were completely captivated by Mike's magic and especially his skill as a mentalist. The phrase I heard throughout the night was "mind blown". Two days later, our guests are still talking about it. Absolutely fascinating and so much more than we could have hoped! We look forward to the opportunity to hire him again!

Thanks so much Karen, I look forward to working with you again soon :)

Our guests couldn't believe how great Michael was! He is very professional and gave that extra pizazz to our party. We all thought his amazing talent was excellent and very entertaining!

Michael performed at the Scottsdale Plaza Resort for our company's National Sales Meeting in Arizona. Being from the mid-west, I was nervous to hire someone who I had never met in person. Simply put, I could not have been more impressed. He was professional, funny and left everyone at the show speechless in amazement. His close-up magic was unlike anything anyone had ever witnessed. Everyone is still talking about how impressed they were with his talent. I would highly recommend Michael Paul and hope to be able to work with him again in the future.

I had a birthday party for my 85 yr old mom and the party was kind of blaw because no one talks! I couldn't wait for Michael Paul to get there. He definitely saved the day! I highly recommend him for any function needs. He was awesome!

Michael Paul performed close-up magic for our group. His performance was flawless and well-received by all. I highly recommend Michael Paul for a magical time!

We heard so many rave comments about Michael's magic show at our house party. The night of our party he was booked for a second event by someone attending our function! Extremely entertaining, would highly recommend him. Will pass his information on to friends, associates etc. for their functions!

We had about 250 guests in attendance at our event and everyone gave him rave reviews. Solid professional and performer...we will have him back.

Michael Paul performed for a family gathering I hosted in February. About 15 people total. He did up close magic and used each of us in his magic someway. It was so much fun in the small group setting. Everyone loved him. I am now planning a wedding anniversary party and am hoping he will perform for me again. He is just fantastic!!

I love him he the best!!

Michael Paul offers both a close up magic show (for events expecting less then 100 people), and a full stage act.

Each show can be customized to match the theme of your event, scaled up or down, and trimmed to 3, 6, 20, or 45 minute sets according to your needs. Close up magic performances can range from 30 min to 10 hours!

Michael Paul is one of America's premier close up entertainers. Dazzling his audiences with a range of skills that include everything from cutting edge magic to extraordinary feats of fire manipulation , Michael has been honing his craft as a full time professional for more than twenty years.

His performances have placed him in front of everyone from Miss Universe to members of the New York Yankees. You can find Michael performing at the world famous Magic Castle in Hollywood, and Monday Night Magic (New York City's longest running off-Broadway spectacular). Michael has also been called on to entertain top executives from Coca-Cola, Intel, American Airlines, Kraft Foods, Wrigley, GoDaddy, Pepsi, Yankee Candle, Sterling Inc, and many, many others.

Comfortable performing on stage or while strolling through an intimate party, Michael Paul is prepared to entertain your guests with a style that is engaging, witty, and never insulting.

Michael also has a background in music performance, growing up in a family of DJs. He took his first professional nightclub Dj gig at just 16 years old and has performed as the resident DJ for some of the largest nightclubs in CT and MA.

Discover for yourself the charm, grace and skill of a true events professional ... reserve Michael Paul for your event today.

Walk around performances do not require any sound, special light, or other requirements.