5
(28 reviews)
Get a Free Quick Quote
Add to Favorites 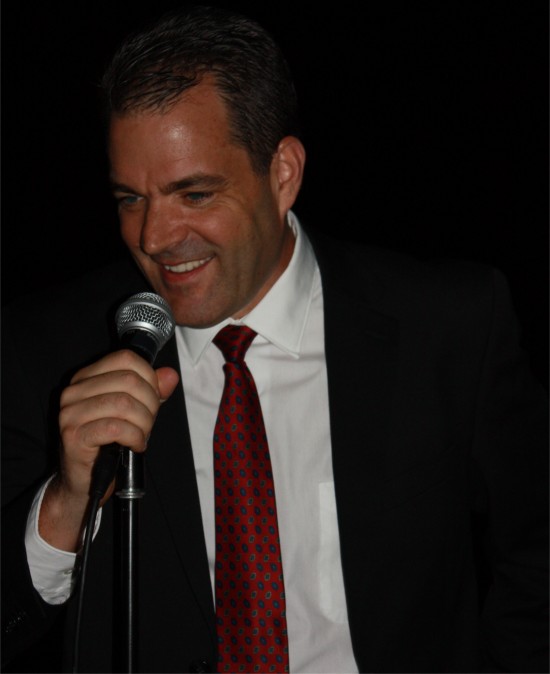 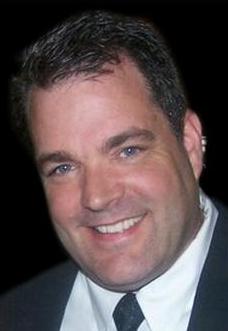 Mike James is an in-demand comic. He performs as a corporate entertainer and can also be found on stage in some of the most prominent comedy clubs around the country. He has shared the stage with some of today's top names in comedy and continues to entertain wherever he is. From Churches to Casinos, Comedy Clubs and Fortune 500 corporate events, Mike keeps his audiences laughing!

We're big fans of this guy

I'm the pastor at Circle of Peace, a small Christian church in the northwest valley. We've had Mike and his crew come to Circle more than once, and for good reason: They're great. Funny, fun, respectful, energetic.

It's worth your time!

I have been to several shows and enjoyed them all. Now I laugh in anticipation of some jokes.

The FUNNIEST and most PROFESSIONAL comedian around!!!

I have booked Mike James many times over the past 5 years for small private parties and large corporate events. He is prompt in his arrival to each venue. He dresses, acts and delivers a great show no matter how small or large the crowd. If it's comedy you're looking for I highly recommend Mike James for your event.

Mike James performed at our corporate holiday party and we loved him! His comedy is very relatable, with topics ranging from his wife to awkward encounters in the airport. I think my husband related a little TOO well to some of the wife jokes! :) We loved Mike and highly recommend him!

I've seen Mike perform several times and I always enjoy his clean and relate-able comedy about his wife, family and life.

Mike did a great job, I haven't laughed so hard in a long time. He was easy to understand and had very clean humor.

Hilarious! Could have listened to Mike for hours!

Mike James came out to our church for an event. I had not laughed that hard in a very long time! Mike is really, really funny! I enjoyed his stories and all the different paths he went down. He is extremely family friendly and appropriate and funny for all ages!

I saw Mike at Illumination Church's Kom-e-de Koll-i-sion. He was very funny, extremely witty, and had an authentic approach to his comedy. I would welcome any opportunity to see Mike perform again.

Mike James is a brilliant comedian. With his quick wit, intelligent approach, and relevant subject matter, Mike was well received at our event.

A consumate professional, I found it enjoyable as the event creator to work with Mike. He asked great questions in an attempt to better understand our target demographic and made every concession to meet our desired requests.

After an incredible evening with Mike, we had people specifically requesting that we bring him back again soon.

I highly recommend you consider hiring Mike James for any of your comedy needs.

I brought two other couples to Mikes show. One couple has been married for 15 years and the other 2 years. Mikes unique perspective on marriage and women touched the funny bone of all. I haven’t heard my friends laugh so hard, so long in a while. He has a unique way of telling stories that make you laugh in a clean fresh way without dropping the F-bomb.

My family & I had a great night of laughter, we laughing so hard our sides hurt.
Mike performance is was very funny, professional, polish, and clean. I loved his life stories he shared about his wife and family.
Very imaginative and how he was able to use his experience and spin humor into it. Mike has a gift his timing and material was impeccable.
I can’t wait to see him preform again. “A Great Night Of Laughter”

Mike was fantastic and really gotr the cowd in the mood to have great time at our fundraising event! I look forward to having him again next year. I would recommend him to anyone looking to add some humor to their event!

Thanks James!
What a lot of fun, and such a great cause!

Mike was very flexible, honest, fun and imaginative. Our group was a bunch of grandparents raising grandchildren and they were on a retreat away from the kids. They enjoyed this time with the so much and there were smiles all around. I don't think there was a single moment where they were not laughing. We enjoyed the fact that it was inventive and included a lot of audience participation. They were right on target with the topics they talked about with the audience.
We would definitely recommend him!.

Mike was amazing! So much fun having him at our event! We had over 500, usually very boring representatives together for our annual meeting. Mike was the highlight of the whole weekend!
Having Mike James come perform and M.C. was the best decision we made for the entire thing! Cannot wait until next year!

Mike was the roastmaster for my wife's surprise 40th birthday party. He did a great job of mixing his own material and humor with that of my wife's "story". He really helped pull the event off.

Mike was great to work with ... he took all our suggestions & ideas and helped to create the perfect event! No one really knew what to expect, but due to his expertise, knowledge, and professionalism, everyone had an awesome time and I would recommend him again!

We hired Mike to come and be a part of a two hour awards show. At the last minute our Emcee canceled, and Mike took over. He was so professional and made the whole evening a huge success.
He did his own set as well, and kept our entire company in tears. I can't tell you how many people have approached me to tell me how amazing they thought he was!
We have already booked him for next year.

Holy crap! We laughed so hard it hurt. My husband and I kept laughing all the way home, remembering what Mike said. This guy made the whole evening!!! AWESOME!!

Review by Matt B.

I thought Mike had a great clean show. I like his take on how his wife rules his life!

I really enjoyed mike's performance. His timing and delivery with his material was spot on. Thinhing off some of his jokes the next day had me laughing all over again. Im looking foward to seeing mike perform again in the near future.

He wore appropriately sized clothing and didn't, in any way, insult my intelligence.

Mike is an outstanding and refreshing Comedian that proforamance was very clean but extremely humorous!

He is a hilarious comedian! He is great to work with and always performs well!

Really funny material with a great delivery. Would go see him again.

Mike is hilarious! He kept me laughing during his whole set...which is pretty hard to do. He was by far the best comic of the night! I can't wait to see him perform again...I am definitely a fan of his!

Mike has performed for my studio/theater countless times. He has also produced improv and comedy shows that were amazingly successful. I am always impressed with his innovative ideas and he performs like any pro I've ever seen, and better. AND I've been to HUNDREDS of comedy and improv shows. Mike is a natural comedically and his character is stellar. He is a joy to work with and I'm excited for the day I can look back and say, "I knew him when...". This guy's going places!!!

Mike has performed for us a number of times and we will continue to ask him to play our room. His level of professionalism surpassed our expectations and we would reccommend him to anyone looking for a host or comedian.

Mike keeps his audience laughing as he reflects on the myriad of events that have defined him, including being a husband, father, grandfather and service member. He has worked with some of the biggest names in comedy today.

Mike James is an in-demand comic. He performs as a corporate entertainer and can also be found on stage in some of the most prominent comedy clubs around the country. He has shared the stage with some of today's top names in comedy and continues to entertain wherever he is. From Churches to Casinos, Comedy Clubs and Fortune 500 corporate events, Mike keeps his audiences laughing!

- Voted Corporate Entertainer Association Best Act of 2013.
- The National Comedians Guild 2013 Comedian of the Year.
- Winner of the AMG 2012 Comedian of the Year.
- Featured on 24/7 Comedy Radio and Sirius Radio
- Comedy Central Contributing Writer (Tosh.O, The Daily Show and others)
- Contributing writer for The Tonight Show starring Jimmy Fallon


You can find mike at www.mikejamescomedy.com

MJ will provide Audio and Lighting upon request