Mick Adams and The Stones 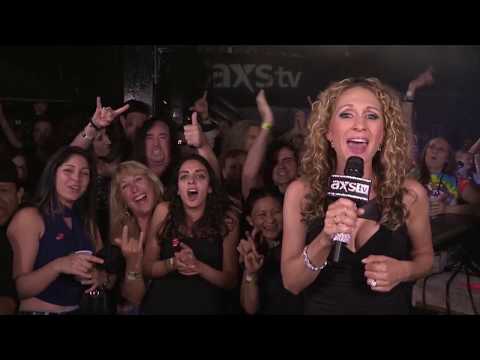 Sympathy For The Devil/Mick Adams and The Stones® 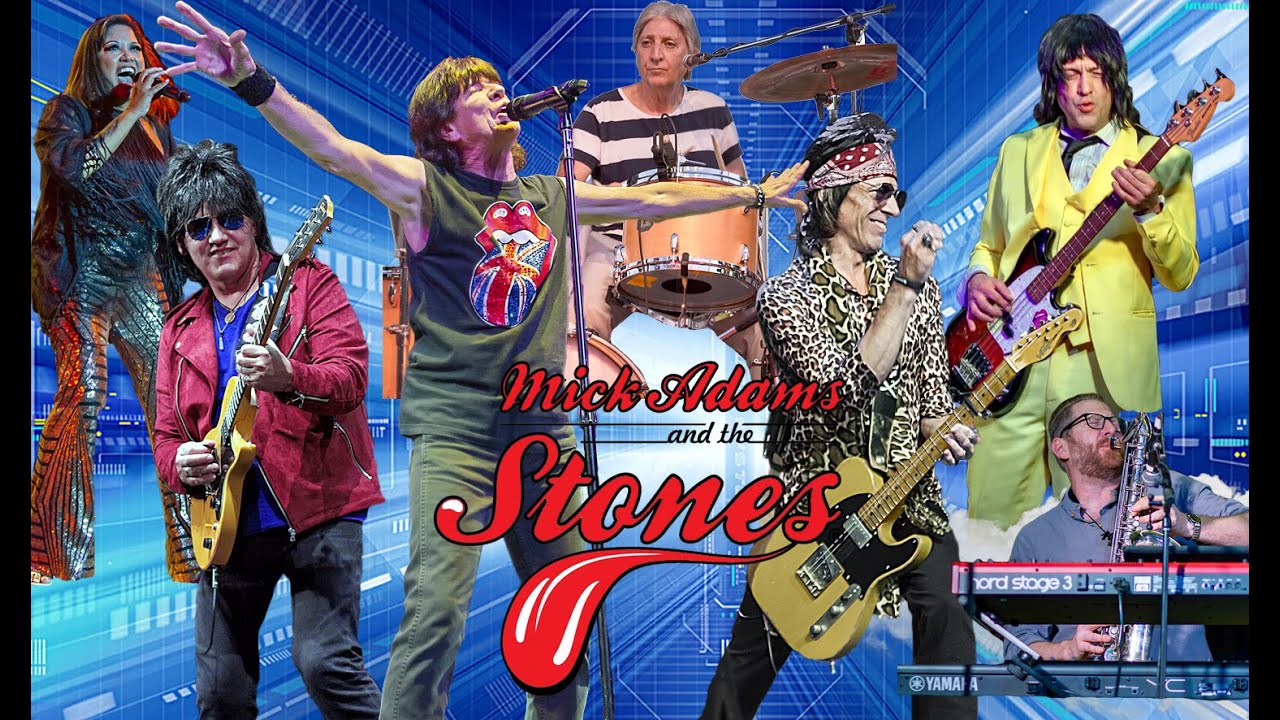 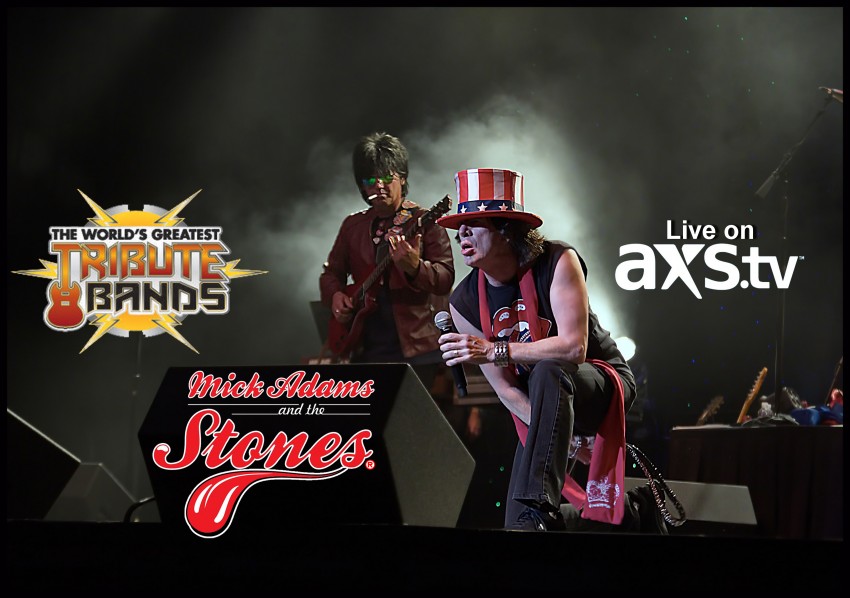 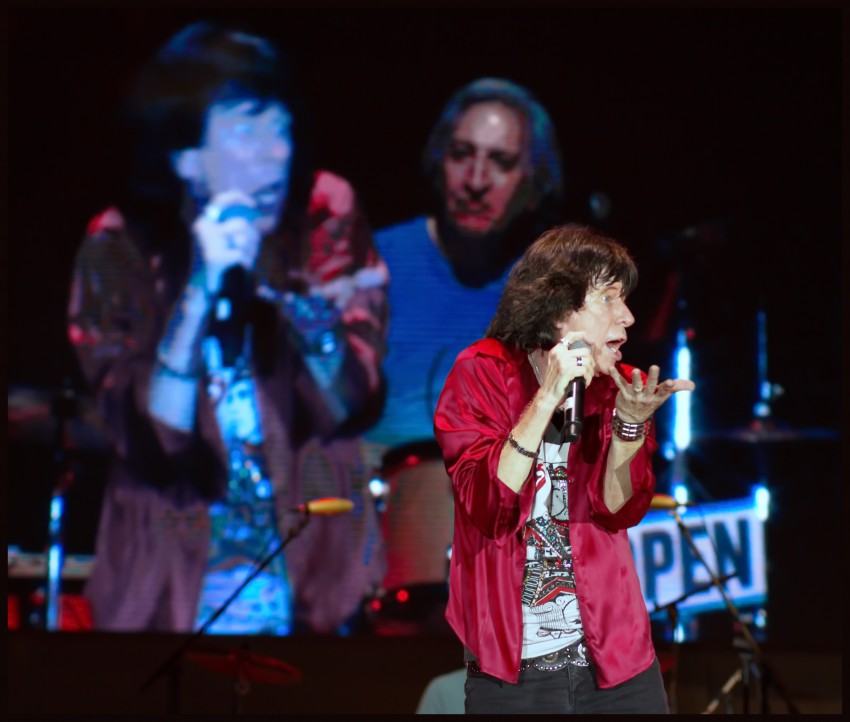 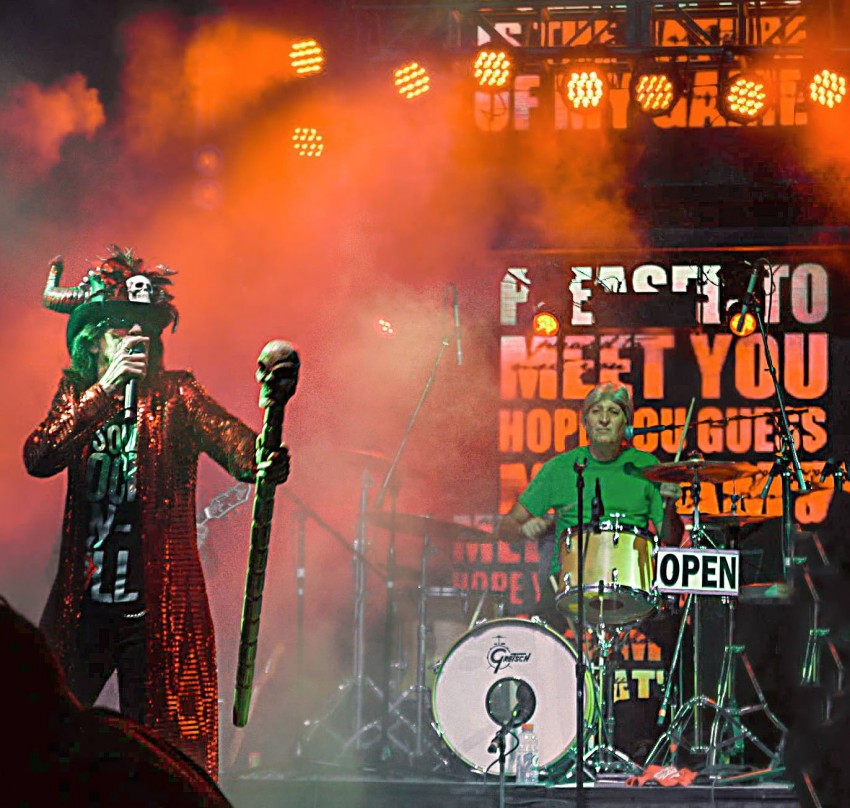 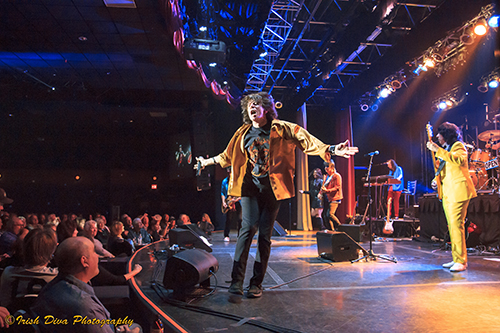 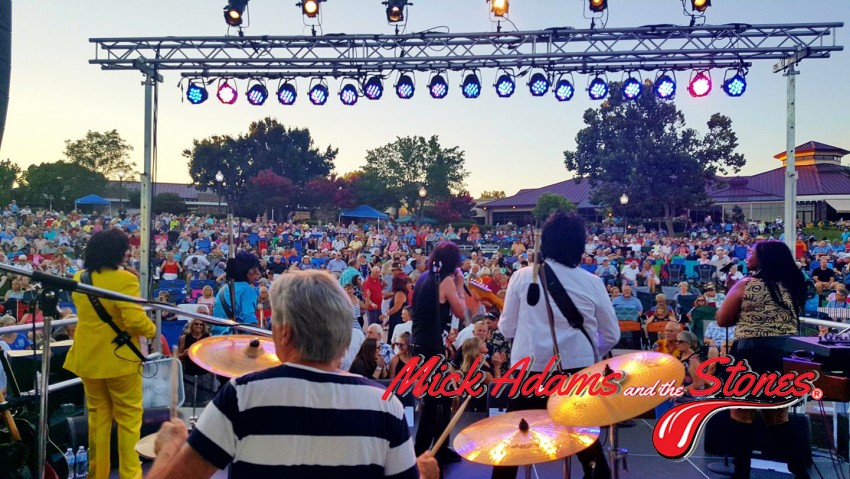 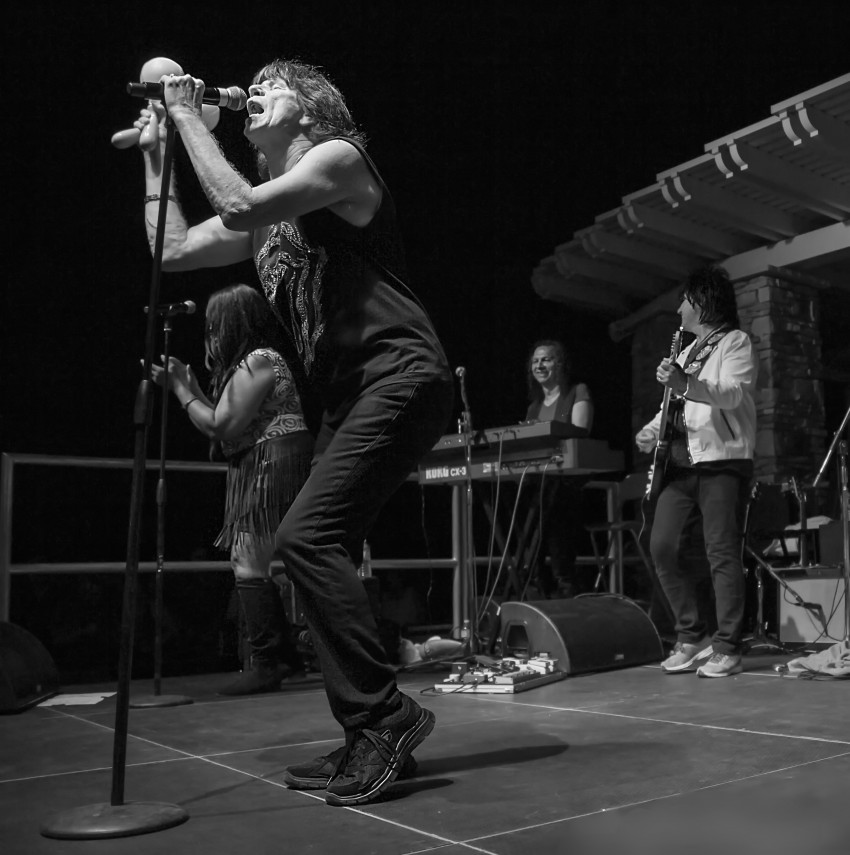 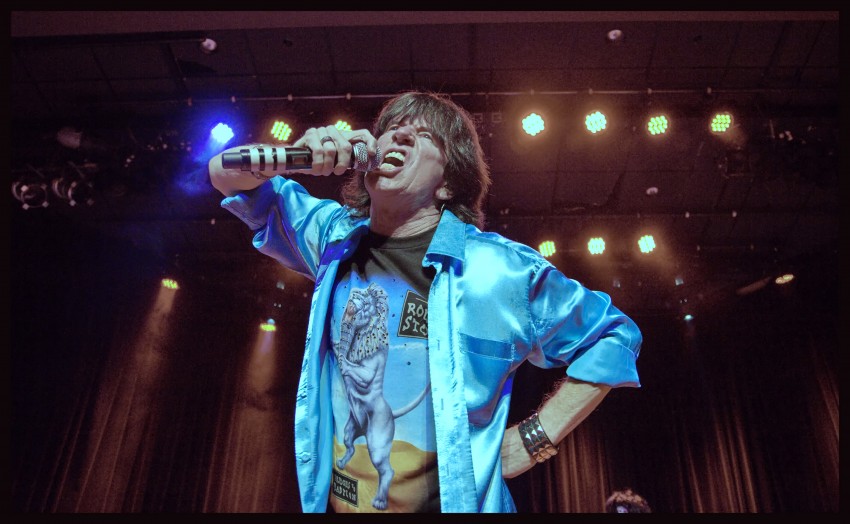 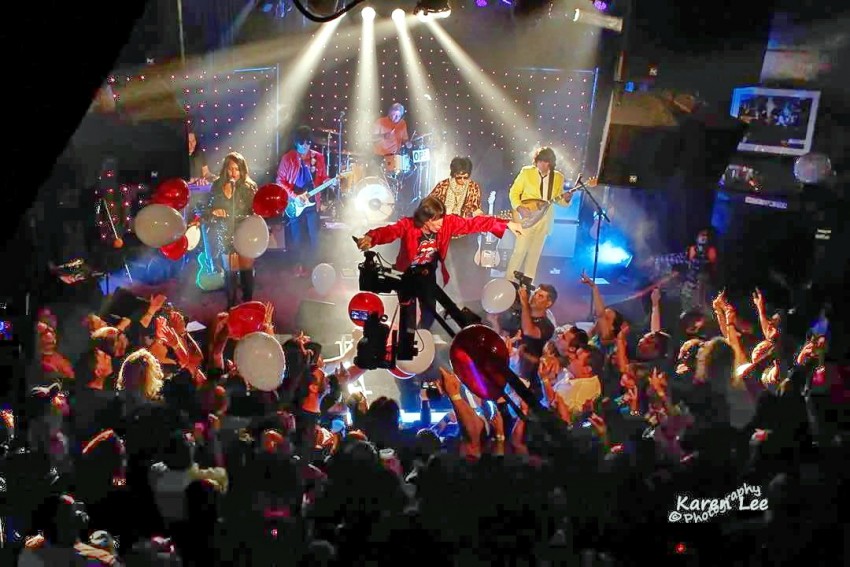 Mick Adams and The Stones® on AXS Television

Mick Adams and The Stones® performing in Bermuda 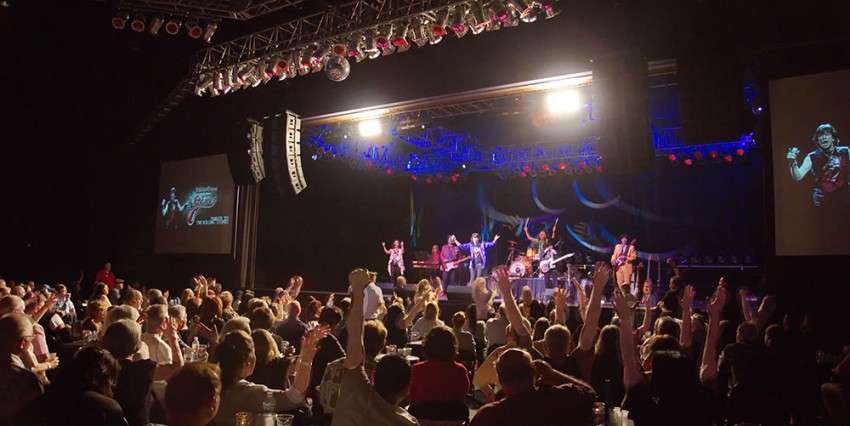 Mick Adams and The Stones® in Las Vegas!

Named one of the top ten tribute bands in the world by Backstage 360 Magazine, Mick Adams and The Stones are an authentic recreation of The Rolling Stones, live in concert! Endorsed by former Atlantic Records President, Jerry Greenberg, Ryan Seacrest and Mark Cuban, this band must be seen to be believed! According to Jerry, "It doesn't get any closer than this!" Mick Adams and the Stones have been featured on National TV's "The Worlds Greatest Tribute Bands." This exciting seven piece, live recreation of The Stones in concert, features multiple costume changes, full choreography, and a media show. The energy is through the roof and the band will have you singing along with every song.

Excellent as both the Stones and the amazing "British Invasion" Shagwells! What a great evening for everyone. The dance floor was never empty from the very first song till the very last of the evening. Can't wait to see/hire them again. When you're trying to plan you're next party around the band, you know you've found a treasure!!

Response from Mick Adams and The Stones:

Thank you so much, Suzan. It was a pleasure meeting you and your husband and both bands really enjoyed performing for you and your guests. Really appreciate the great review! Hope to see you both at a show soon! All our best to you both. - Mick Adams and The Stones and The Shagwells

We hired Mick Adams & the Stones for my birthday party. They are so talented and Mick's vocals and moves are amazing. Close your eyes and you are at the original Stones concerts in the olden days. The band is very entertaining and I highly recommend them for any event you are planning. You won't be disappointed!

Audience members and clients can expect the energy level to be through the roof at a Mick Adams and The Stones concert. Much the same as the real Rolling Stones, the action is non-stop from the 1st song to the last note of the encore!

Named one of the top ten tribute shows in the world by Backstage Magazine, Mick Adams and The Stones are an authentic recreation of The Rolling Stones, live in concert and are endorsed by former Atlantic Records President, Jerry Greenberg, Ryan Seacrest and Mark Cuban. According to Jerry, "It doesn't get any closer than this!" Mick Adams and the Stones have been featured twice on National television’s "The World's Greatest Tribute Bands" and were the only band chosen by Mark Cuban out of seven seasons of the television show to perform a private concert for Comcast-NBC Universal, and AXS Television in January 2017. Mick Adams and The Stones are an exciting seven piece band, featuring look alike performers, multiple costume changes, full choreography, and an all new media show. They usually perform a ninety minute to two hour show covering every era of The Rolling Stones fifty five year career in casino showrooms, performing arts centers, event centers and theaters. While the band is located in Southern California, they travel and perform Internationally as well. Venues they've played include Spotlight 29 Casino, Wild Horse Pass Casino, Pala Casino, AJ Performing Arts Center, Desert Diamond Casino Event Center, Cannery Casino, Las Vegas Hilton, Gexa Energy Center, Texas Station Casino, National Grove of Anaheim, etc. The energy is through the roof and the band will have you dancing and singing along with every song. They have become best known for pulling out the theatrical stops by raising the bar for all Rolling Stones impersonators with their wide array of musical and vocal talents.
Mick Adams has shared the stage with the likes of Ron Dante, Alan O'Day, The Turtles, The Association, The Lovin' Spoonful, The Rascals, Tommy James, Neil Sedaka, America, Johnny Rivers, Micky Dolenz, Peter Noone, Davy Jones, Rick Springfield, Maxine Nightengale, Al Wilson, 1910 Fruitgum Company, Ohio Express, Tony Burroughs, Spencer Davis, The Blues Brothers, and was lead singer for Bo Donaldson and The Heywoods. In addition Mick has had the honor of singing the National Anthem at a major sporting event. He has recorded with Bo Donaldson and The Heywoods, Mark Kendall of Great White, and Tracy G, former lead guitarist for Ronnie James Dio. In addition Mick has done voice over work for Mad T.V., performed annually for the Veteran's Administration Christmas show for our soldiers, performed at Wright for Kids, (foundation fighting child abuse) as well as other telethons for various causes.
Specialties: live performances, personal appearances, studio vocalist, songwriter, voice overs, impersonations