Back to Singing Groups 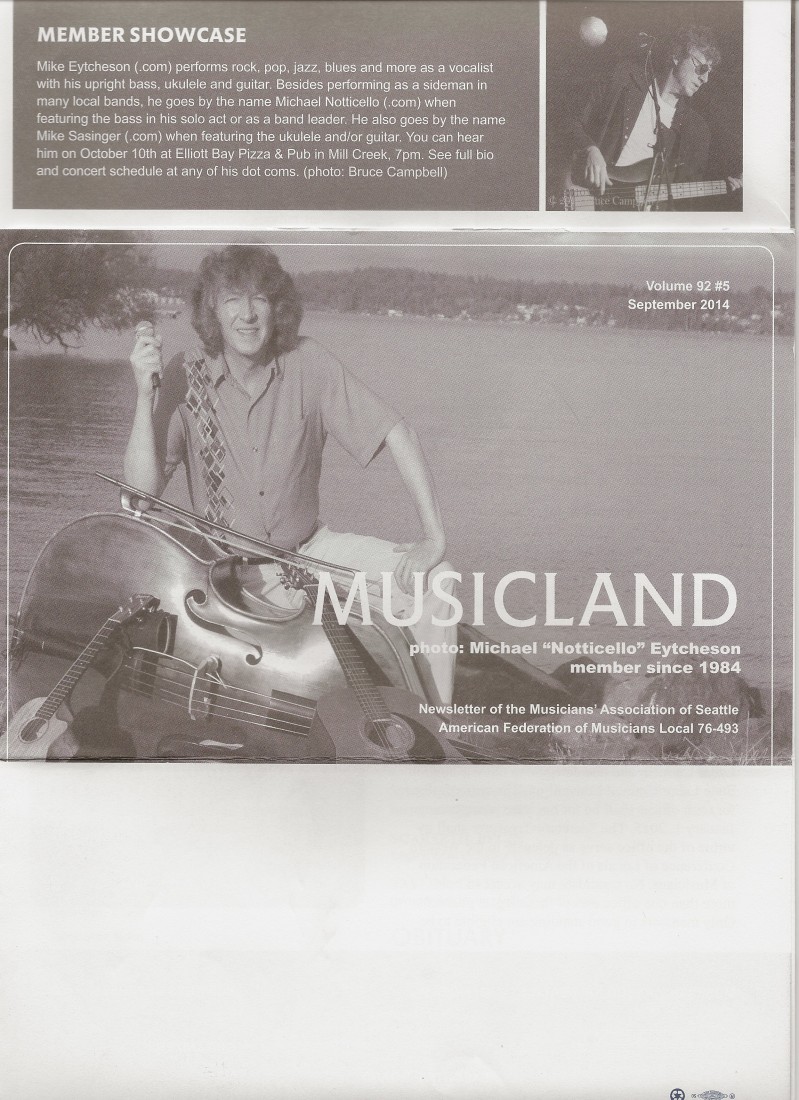 I offer solo or group performances of most popular styles of music from the 1920's - 80's and some more current songs. I hire great musicians to bring you the best possible group that is also the right size to fit your budget. I sing and play the electric and upright bass with bands including piano or guitar with drums, horns or whatever the occasion calls for.

Be the first to review Michael Notticello

Primarily as a bassist and vocalist I've been performing in bands around the pacific northwest since 1966 known as Mike Eytcheson, which is my real name. As a solo artist and band leader I sing in shows featuring the ukulele under the stage name Mike Sasinger (Get it?, Mike's a singer) and in shows featuring the upright bass as Michael Notticello (Not a cello). Why? Because at least one person per show will ask me "Is that a cello?". I still work many electric and upright bass gigs as a sideman as either Mike Eytcheson or Michael Notticello depending on which name they like best. Hey, it all pays the same!

From 2009-12, I played electric and standup basses and sang in The Guy Johnson Band as a full time member in local nightclubs and casinos. I now perform in Guy's band occasionally and in our duo performing classic rock songs of The Beatles, Cream, Hendrix, The Kinks, Neil Young etc... We have performed with local luminaries, Don Gaynor (Twisted Radio), Bruce Hazen (Ian Matthews and Peter Noone), Goldy McJohn of Steppenwolf and Michael Shrieve of Santana. Throughout 2010, I performed classic rock and pop songs on bass and vocals in The Dana Osborn Band at major northwest dance venues, including the Tulalip and Muckleshoot casinos and at local music festivals.

From 2004-2008 I was the primary bassist in The Overton Berry Ensemble which has been a favorite with Seattle jazz and pop fans for decades. I still perform with Overton occasionally and was the bassist on two of Overton's CD's "Eleven is Forever" and "Live at Admiral" which was nominated for a Grammy in 2006. In Overton's groups, I've had the honor of accompanying many special guests including Ruby Bishop, Lil Brown, Dee Daniels, Andre Feriante, Art Foxall, Dave and Grace Holden, Bernie Jacobs, Johnny Lewis, Janis Mann, Susan Osborne, Gail Pettis, Diane Schuur, Karen Shivers, Shirley Smith-Moore and Woody Woodhouse. We also performed in the Legends of Seattle Jazz Concert as part of the Earshot Jazz Festival on 11/9/2005 at The Triple Door.

Other rock bands I perform(ed) with:

Other jazz and blues band leaders I perform(ed) with:

Ashley D. said “Stefan was incredibly professional when he came to perform for a fundraiser at my restaurant. Not only was he timely and pleasant, he played songs that…” 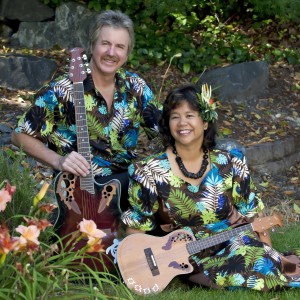 Richard T. said “I would hire them again, did a super job.” 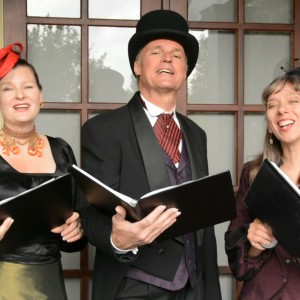 Lindi B. said “Vancouver Carolers were wonderful to work with and provided a fabulous backdrop to our Dickensian themed dinner!! The singing was fantastic - very professional…”