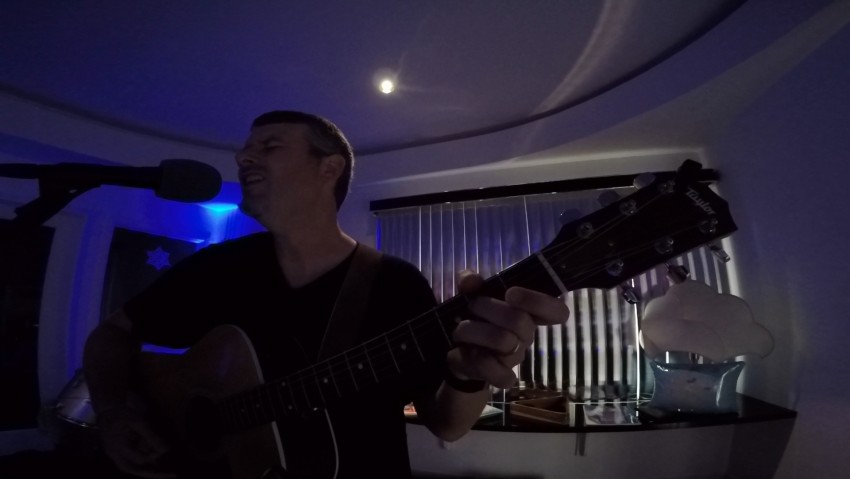 I am singer/guitarist with a lengthy catalog of rock cover songs as well as a few originals. I have played open mic nights and am looking for events and regular gigs to get out and play. My musical tastes are very broad, but most of what I write and play is influenced by great rock music from the '60s through today. I specialize in acoustic versions of the songs you know and love from artists like the Beatles, the Stones and Tom Petty, modern rock hits from Pearl Jam, Radiohead and the Black Keys and the amazing work of songwriters like Dylan, Ben Harper and Ray LaMontagne. I can tailor the set list to match the vibe of your event, and provide a cool backdrop for your gathering.

Second time using Michael and he was fantastic. Great variety of music and he played non stop. Everyone enjoyed listening to his music.

Michael was the musician for our party on Saturday. He arrived on time, played for 3 straight hours, except to move inside when the rain came. Early in the evening he started out more as background music, Everyone was enjoying listening to him as he warmed up and really started to show us what he was all about! Really helped make the event a hit!

Thanks for the kind words, Michelle, and for being such a great host! I definitely appreciated everyone’s help in moving my gear indoors before the rain really hit. Glad I was able to entertain for you and your guests. Mike

Thanks Mike, the music was perfect and didn't over power the party. The play list was great and I appreciate you toughing out the rain. I will defiantly call you again for the next party.

I had a great time! Thanks for making me part of your event. I am glad you enjoyed the music.

Mike provided the perfect music backdrop for my birthday party. Besides being a fine acoustic guitar player and singer, Mike was very professional and flexible to make sure the party was a success.
He performed many songs from an 80's list that I had suggested, and added few other great songs of his choice. I wanted my friends to enjoy the music, while still being able to talk and have fun, and Mike adjusted volume and mood to do exaclty that.
Towards the end of the party my wife wanted to hear one of her favorite songs, that was not in Mike's list. Mike asked for a couple of minutes to practice, and then he sang it leaving everyone impressed.

Overall great experience with Mike, and I will definitely recommending him to other friends.

Lorenzo, thank you so much for the kind words. I am so glad that you enjoyed the music. It was very nice to meet you and your family. Salute!

I had a 60th Birthday party for my dad and decided to hire someone to entertain. I am so thankful Mike responded. He was great. Everyone enjoyed his line up and I will book him again!

Thanks for the kind words. I had a great time and appreciated the opportunity to provide the musical background for your party!

I have played numerous open mic nights and have a pretty extensive list of songs that I can play. I play music for the love of music itself, and I choose songs that speak to me. I would likely set up with a guitar, mic, amp, and I typically have my iPad with me to keep myself on target with lyrics and such. This helps in taking occasional requests for songs I haven't learned yet.

I will listen to any music and find inspiration everywhere, but rock and roll, beginning in the 1960s and rolling through to today is my music of choice. I have mellowed a bit, with some of my more recent acoustic influences coming from acts like Ben Harper, The Avett Brothers and Ray LaMontagne. But, I love going back to the classic rock (Beatles, Stones, Petty, Springsteen), some 80s rock (GnR, etc.), and grunge rock (Pearl Jam, Nirvana) eras for some higher energy acoustic numbers.

I would expect 1-3 hours of great acoustic rock, with a short break during longer sets. I like to mix up the tempos, depending on how I feel, but overall I would expect a fairly laid back atmosphere. Would love to be a good back drop for a party or for a couple hours at the bar - enough to keep everybody grooving', but not so much as to overwhelm conversation.

I would be happy to entertain including song lists or "long distance dedications" within reason. I want to play quality sets, so if I can't play something, I will be up front and let you know. Thanks for your consideration.