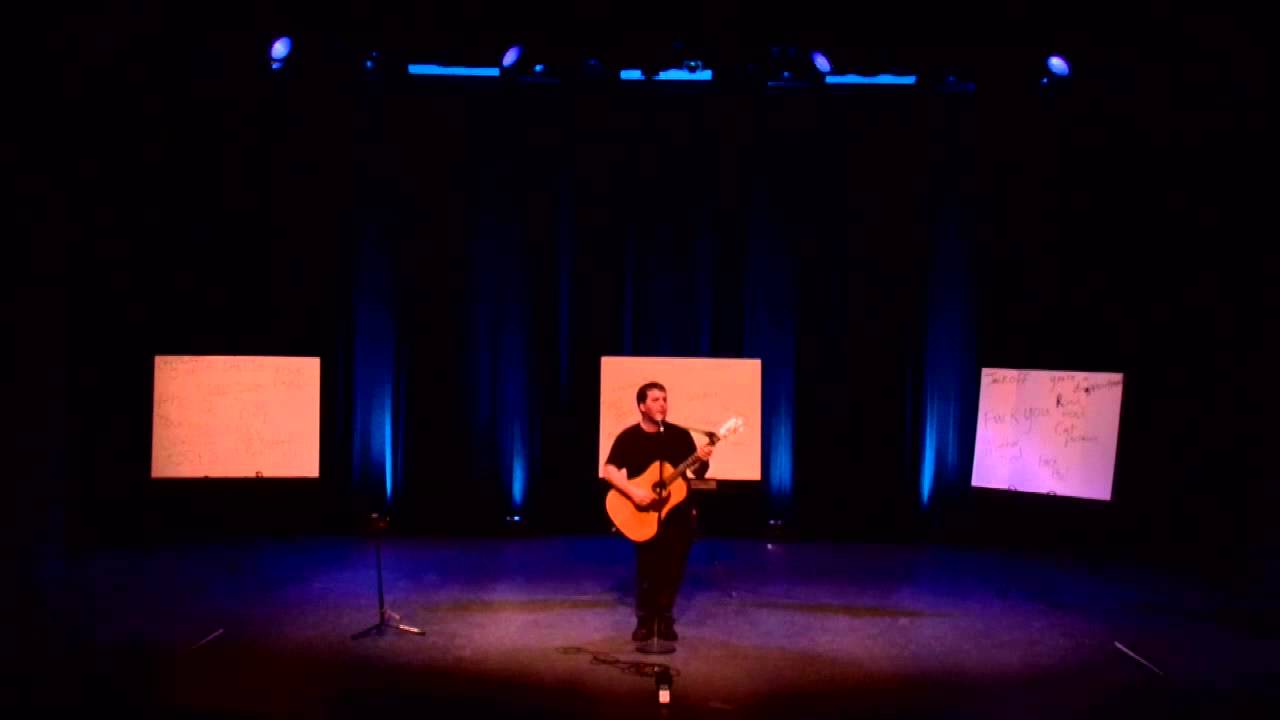 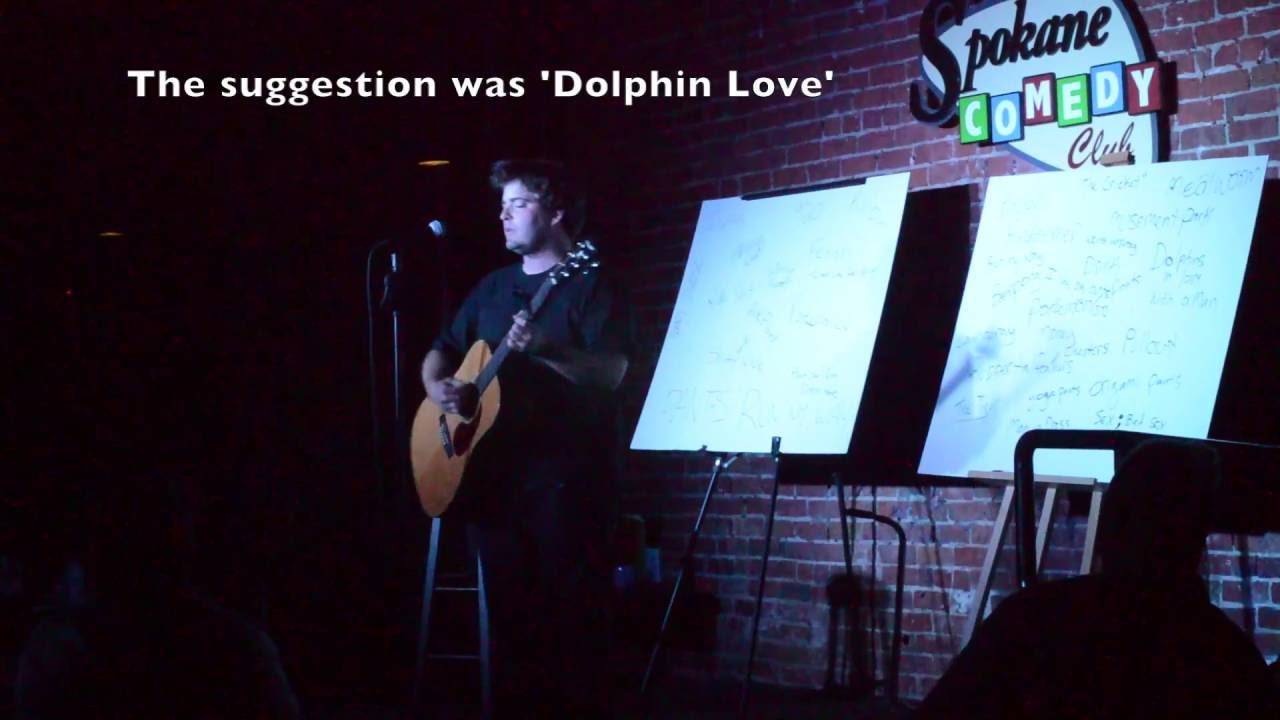 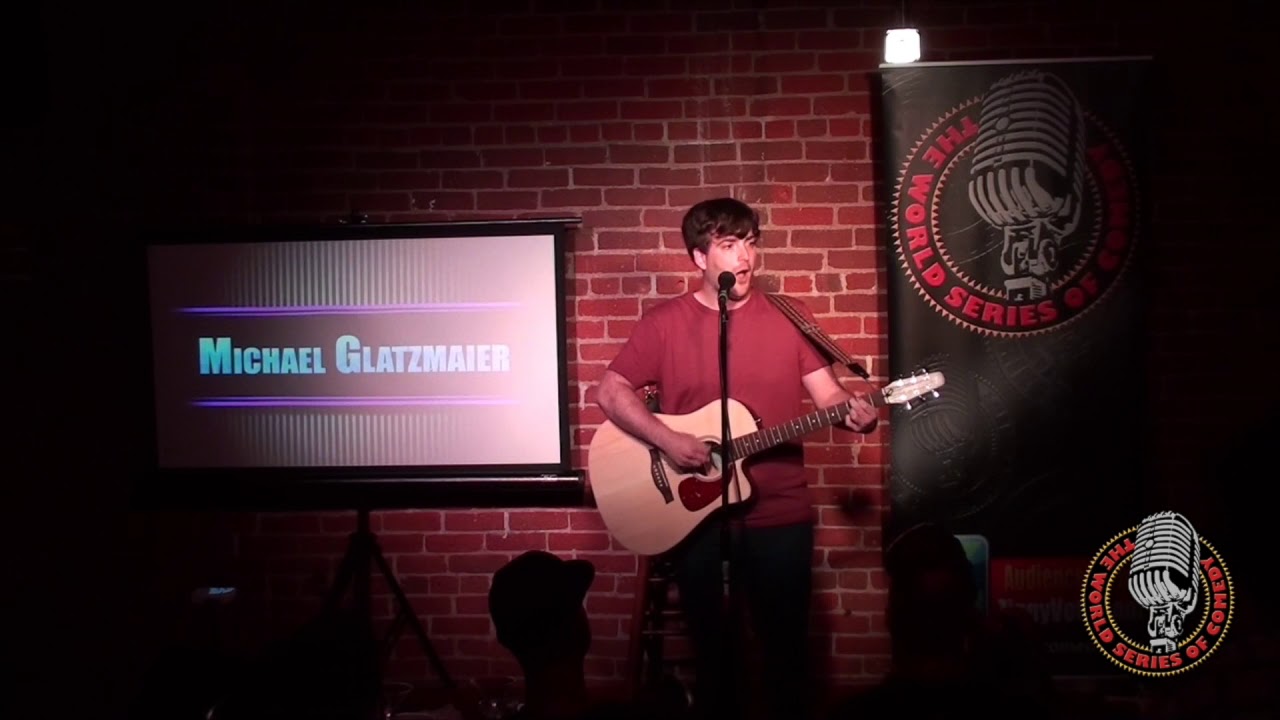 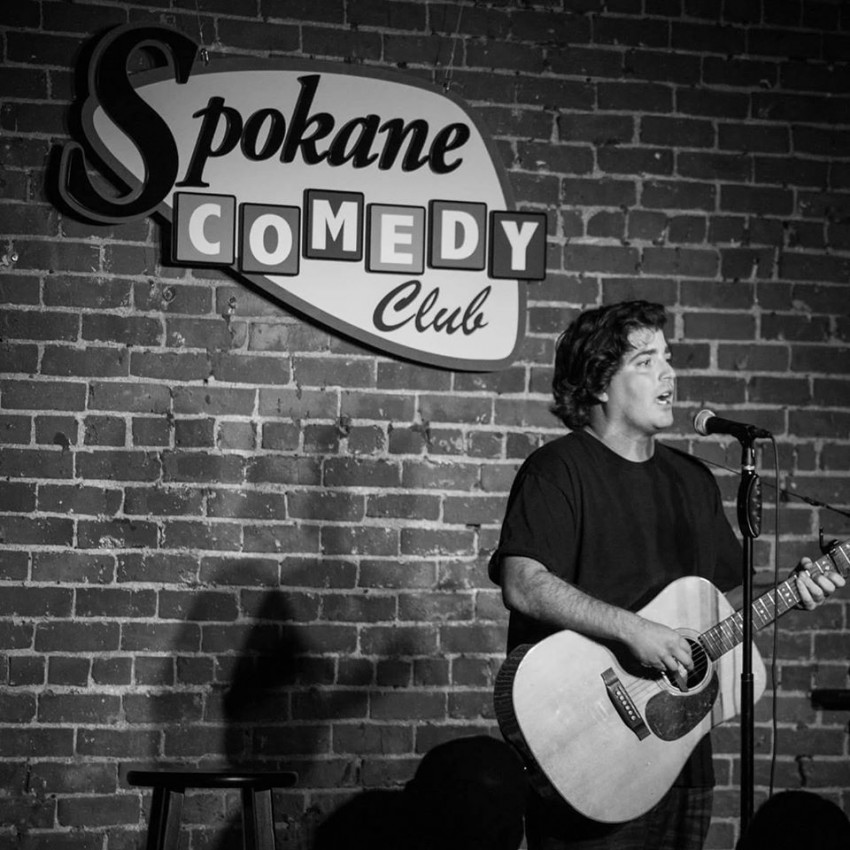 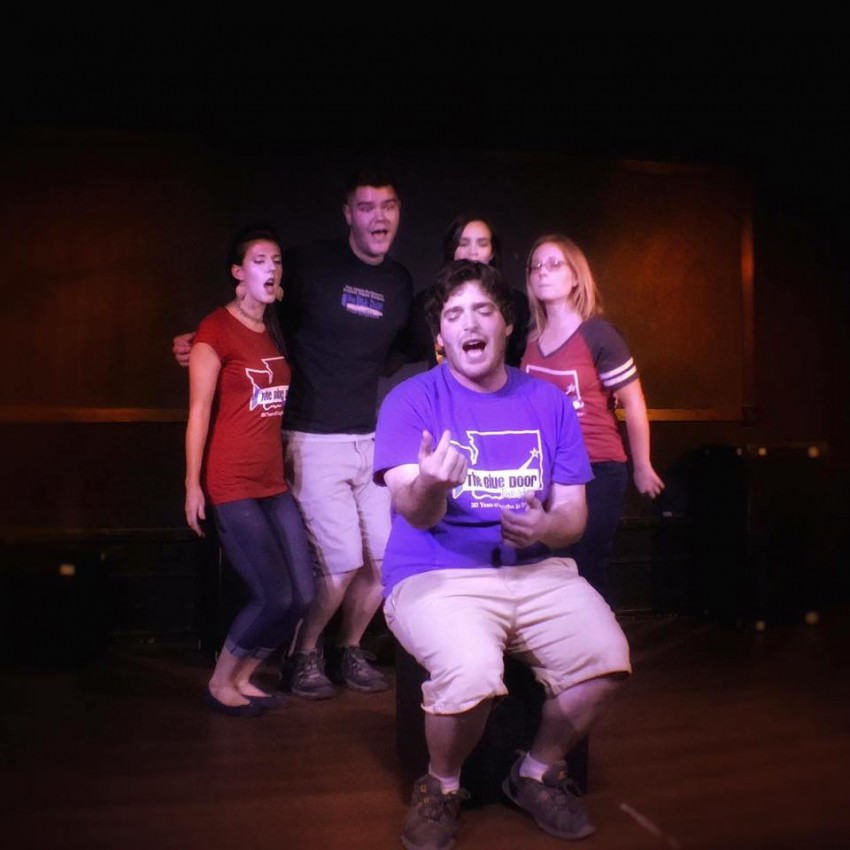 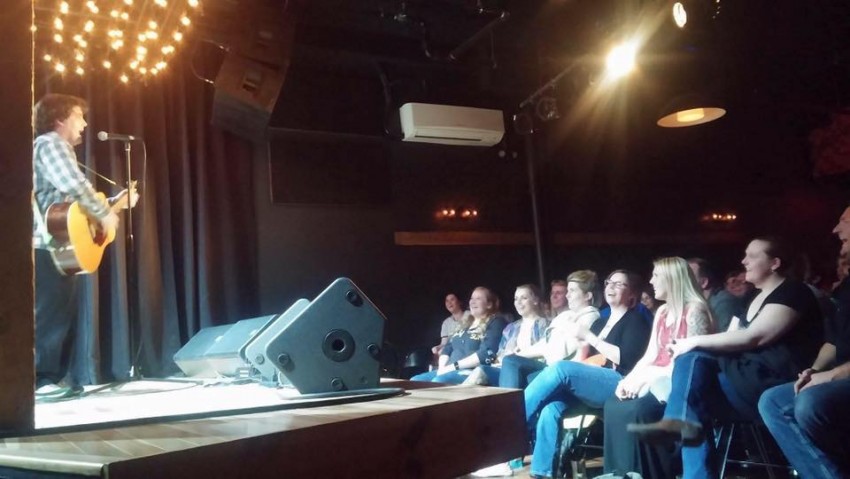 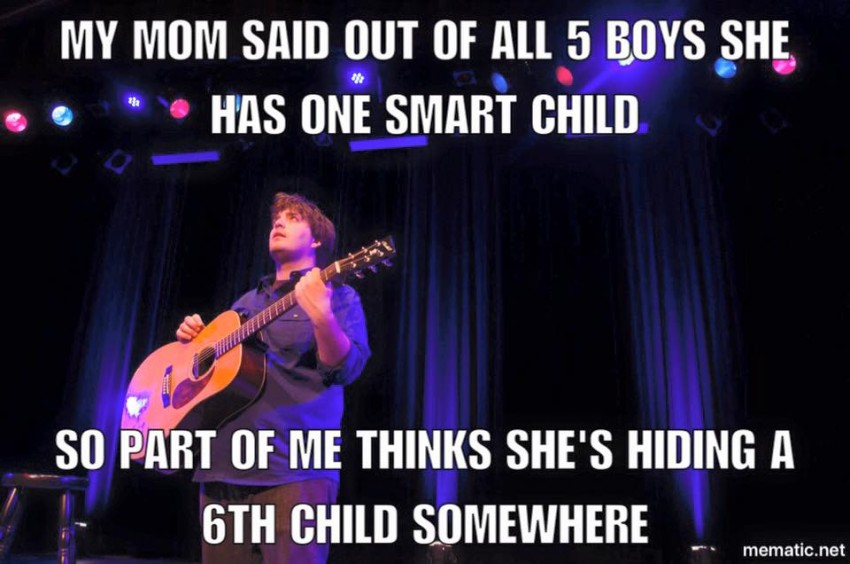 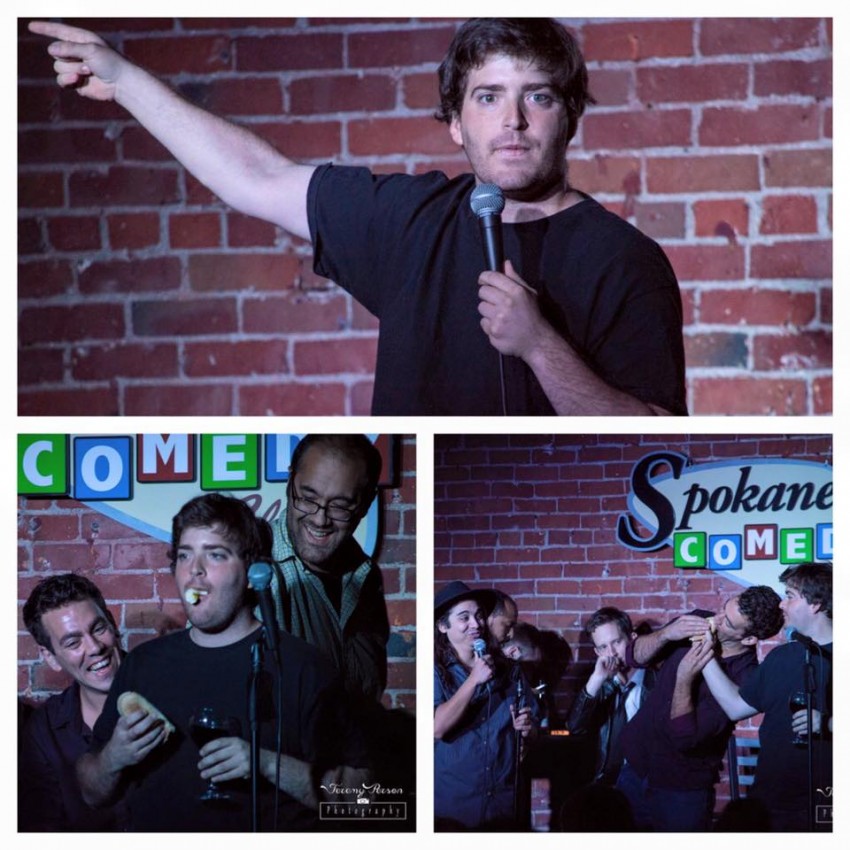 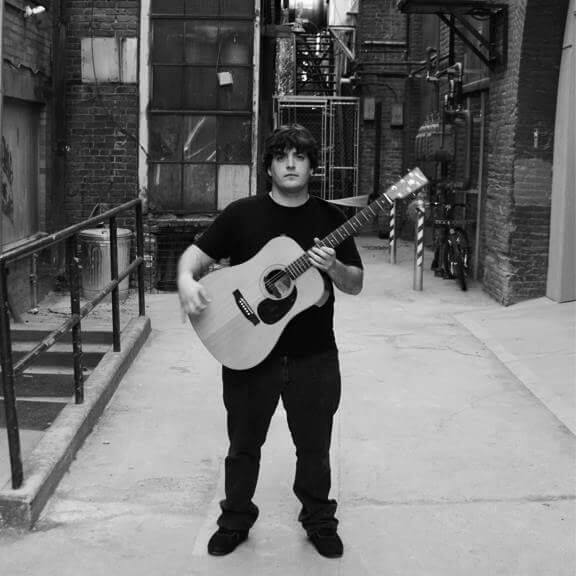 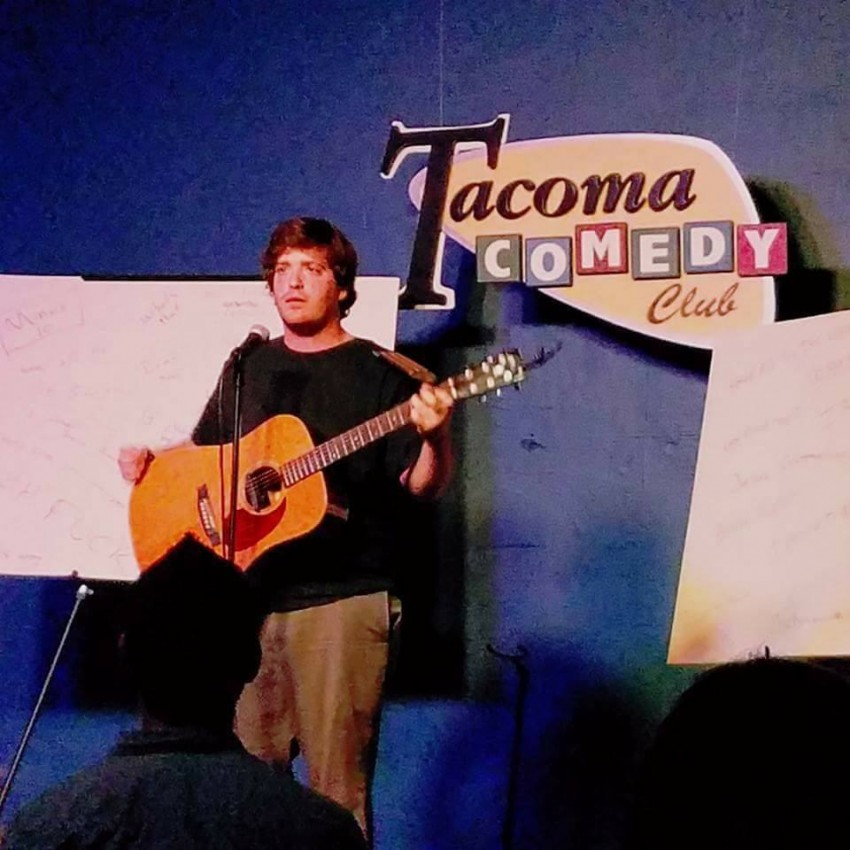 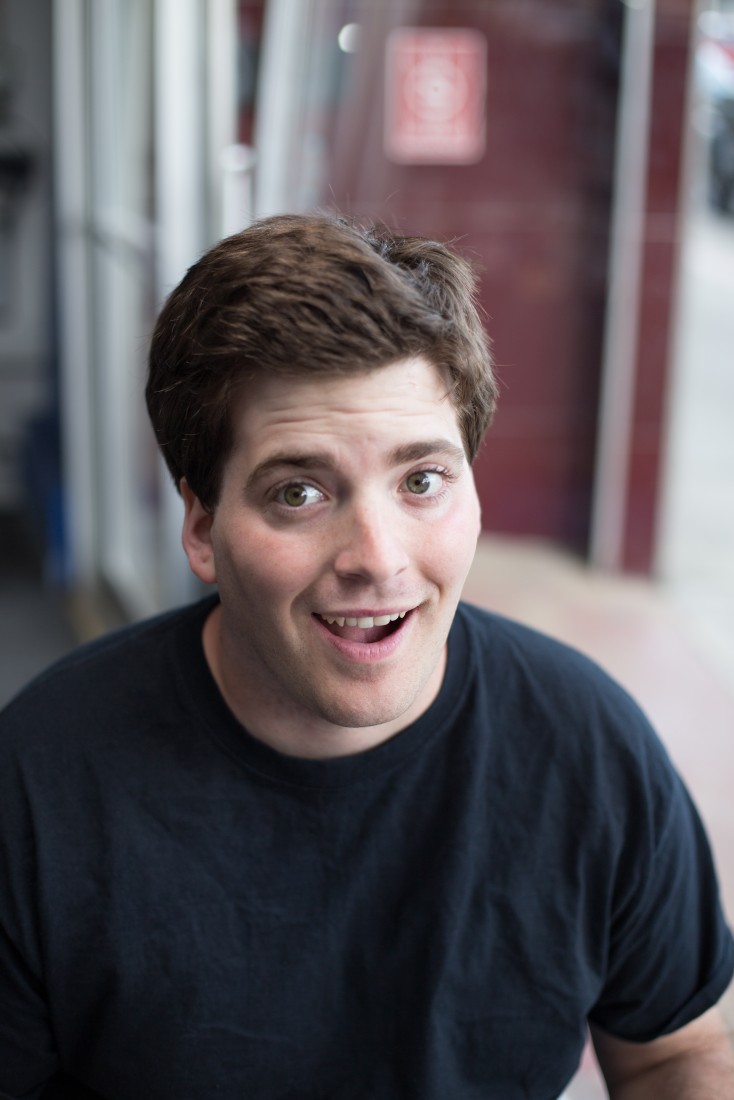 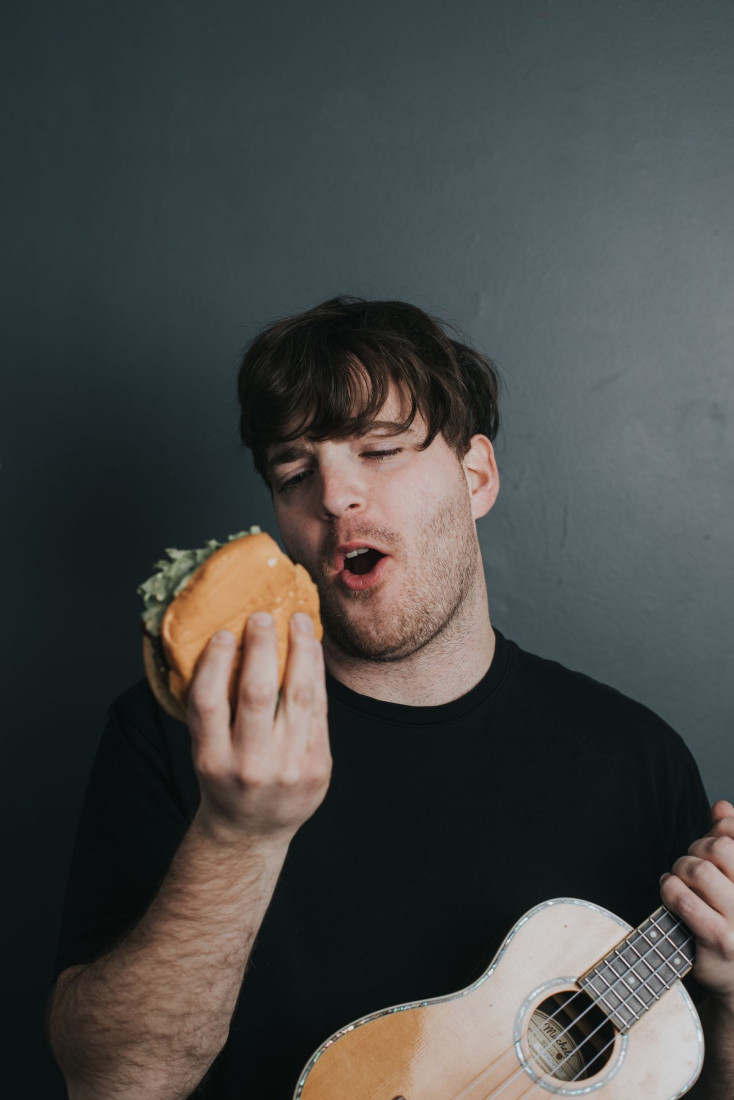 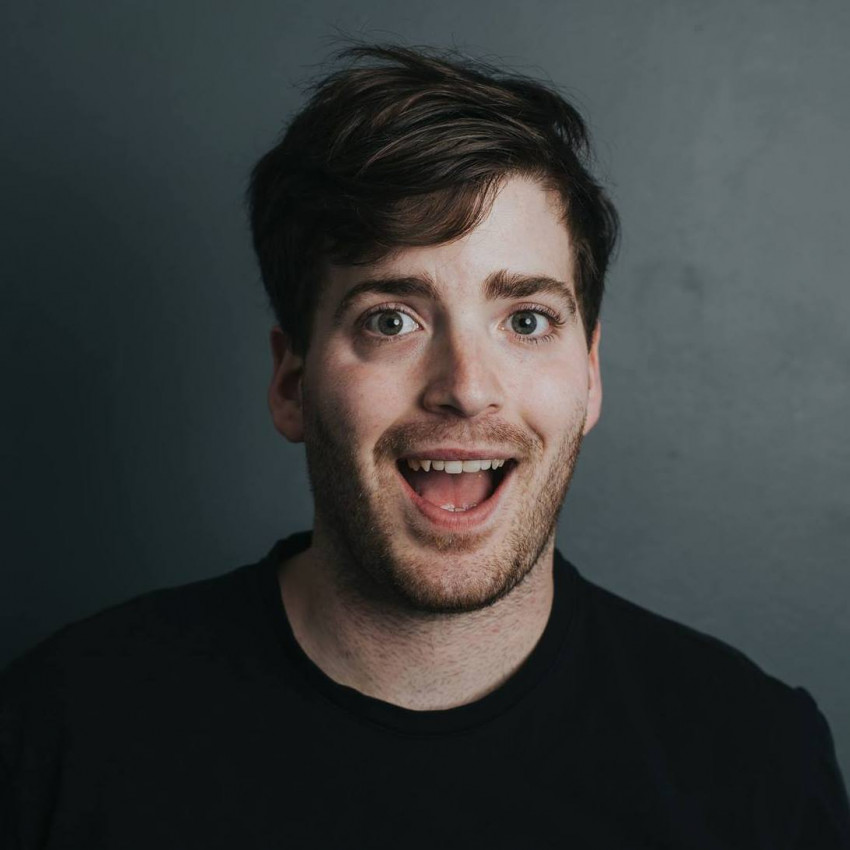 Michael Glatzmaier was born in Seattle Washington. His family moved to Spokane when he was one because they thought it would be easier to raise five boys out of the city, it's not. After graduating he started Improvising and putting together his one man show that incorporates Improvised comedy and stand-up.

Michael has been a commercial actor, improv instructor, song writer, and spent the last six years putting together several one man shows. The musical comedy is created based off audience suggestions and his interactive comedy takes you through what it's like being the youngest of five boys, relationships and not being the smartest person.

Magically, all the way from Washington, Michael replied to my search for a singing telegram in South Carolina. It hadn't occurred to me to hire someone for a virtual performance for my son's birthday, but I am SO grateful he messaged me AND delivered in a big way! Based on some random facts about my son, Mike created a super funny song for his birthday--one that made the whole family laugh out loud multiple times and through multiple viewings. Laughter in this time of pandemic is priceless, and Mike provided that for us. Would hire him again and again--and plan to!

I'm so glad that the family enjoyed the song and I hope your son had an awesome Birthday! Thank you and I can't wait to work with you again :)

We loved Michael and his wife and thoroughly enjoyed the event!!

Natasha and I had a great time performing an Improv Show at the friendsgiving event. Brandon was great and made this one of my favorite shows of the year with how welcoming everyone was.

We needed a great ending to our all day company meeting... don't think we could have done any better!! Rob Mccomb and Harry J Riley started off the show...crazy funny guys - non-stop laughter. Michael Glatzmaier, as our headliner, was the icing on the cake! Everyone truly enjoyed his humor, great guitar playing and very funny songs. Michael was great to work with and truly delivered everything he promised and More. It's now three days after our event and people are still laughing and talking about the comedy show! Thanks, Michael, Harry and Rob...great job!!

Thank you, Vivian, I'm glad everyone enjoyed the show, all of us had a great time performing.

Michael was great and quick to respond. He was able to make a song for a close friend’s birthday and she loved it. Definitely recommend to anyone who is looking to send a unique gift.

I can't say enough about Michael, his creativity, humor, and how easy he was to work with. He wrote and sang a song for my wife that highlighted 39 years of marriage. She was entirely surprised and I was delighted with his services. Since, due to distance, it would not be an on-site performance, we accomplished it by an email link. That way, she can have it permanently. I'd urge anyone to hire Michael.

I'm so glad you enjoyed the song :)

Michael Glatzmaier applied his many talents to write and produce a lovely song for my wife for our 24th anniversary. His humorous and creative approach, and quick turnaround, allowed me to provide a unique and heartfelt gift to someone I always have a hard time surprising. She was tickled by the seemingly complex project asking multiple times, “how’d you do this”? Michael made it easy and GigSalad made the process painless. Thanks.

Thank you so much for getting a personalized song, I love creating music and I'm so glad that both of you enjoyed the song :)

Michael and Deece showed up early with all the equipment needed for the show. They put on great show and had great merchandise for sale after the show. Very friendly, just great people!

Cindy was amazing to work with and I'm glad I got to being our show to Warden, Wa. Thank you Cindy!

Michael made the Christmas Party GREAT!!

Michael did a great job of interacting with staff and tactfully poking fun of the guests.
One of the highlights for many was the song about the Mayor's mustache :)
Thanks MIchael we would definitely love to have you back!!

Michael Glatzmaier can bring a PG-PG15 comedy show to your wedding, birthday party, corporate event, or family bbq if your willing to let him have some of the bbq.

Improvising songs by interacting with the audience, talking about relationships, being the youngest of five boys and not being the smartest person; Michael will make sure your event is filled with fun and laughter.

Michael Glatzmaier is a Musical Comedian, Improviser, Stand-up comic and Improv Teacher. He started playing guitar at the age eight and Improvising in High School.

After graduating he began improvising at The Blue Door Theater, practicing his stand up and working towards his dream of being a comedian all while working in childcare and helping to teach underprivileged youth.

Now He performs comedy shows featuring improvised comedy, Standup and both improvised and original songs. Since then Michael recorded his first CD Mostly Improvised, performed at the Seattle improv festival SFIT, Bumbershoot in Seattle and has Performed his one man show Mostly Improvised from Seattle To NY.

Michael has been a commercial actor, improv instructor, song writer, and spent the last six years putting together several one man shows. The musical comedy is created based off audience suggestions and his interactive comedy takes you through what it's like being the youngest of five boys, relationships and not being the smartest person.

All that is required is a microphone, mic stand and a PA system.
If the microphone is wireless please be sure that the batteries are new and that you have extra batteries standing by just in case!