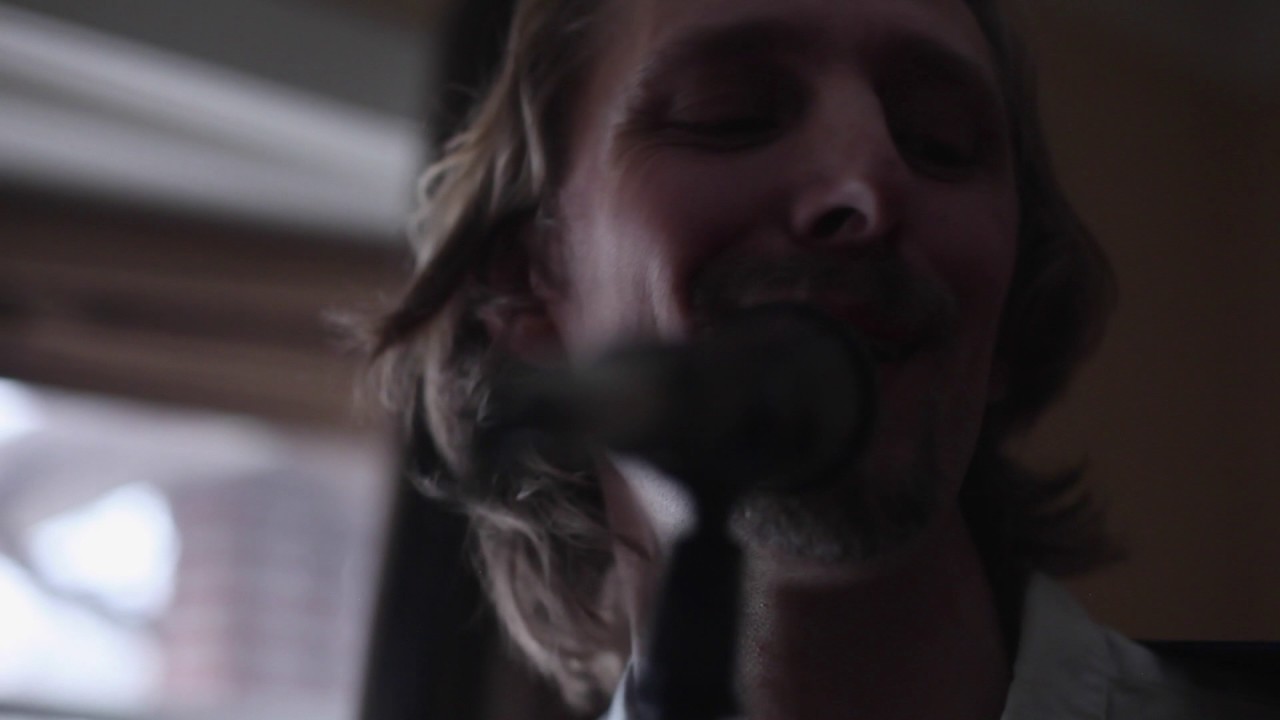 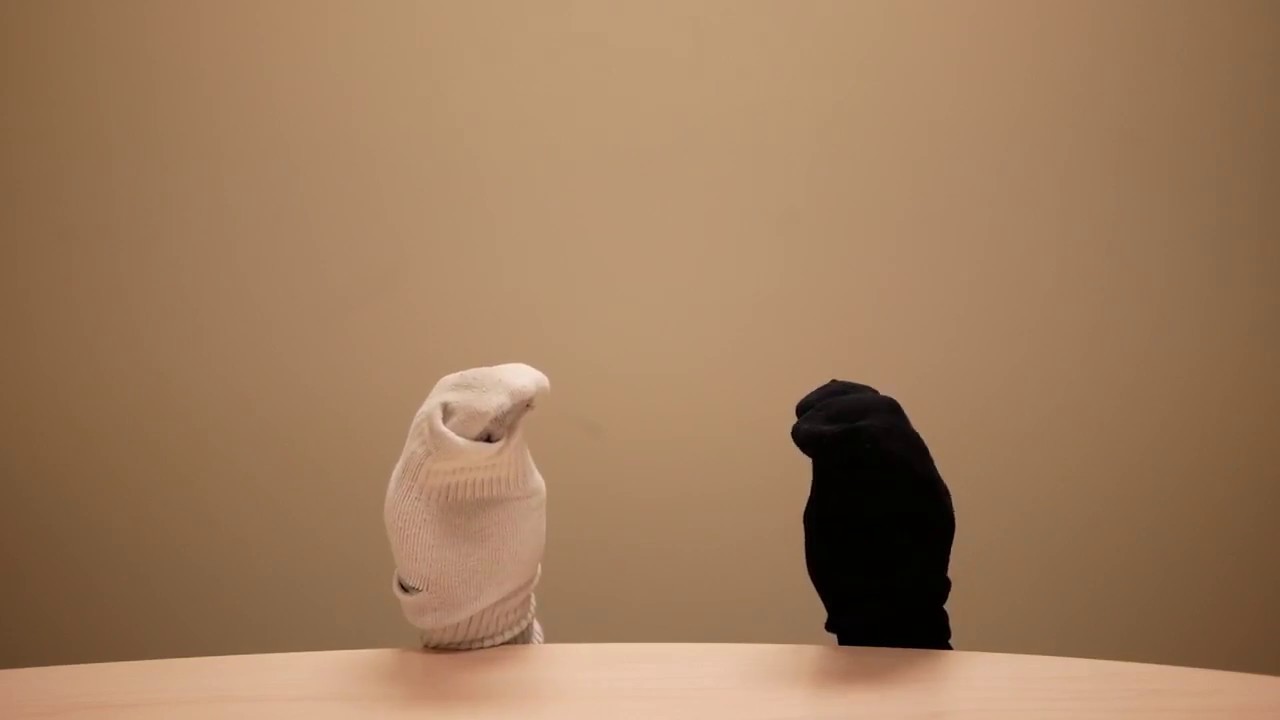 How Me Wear Me Socks 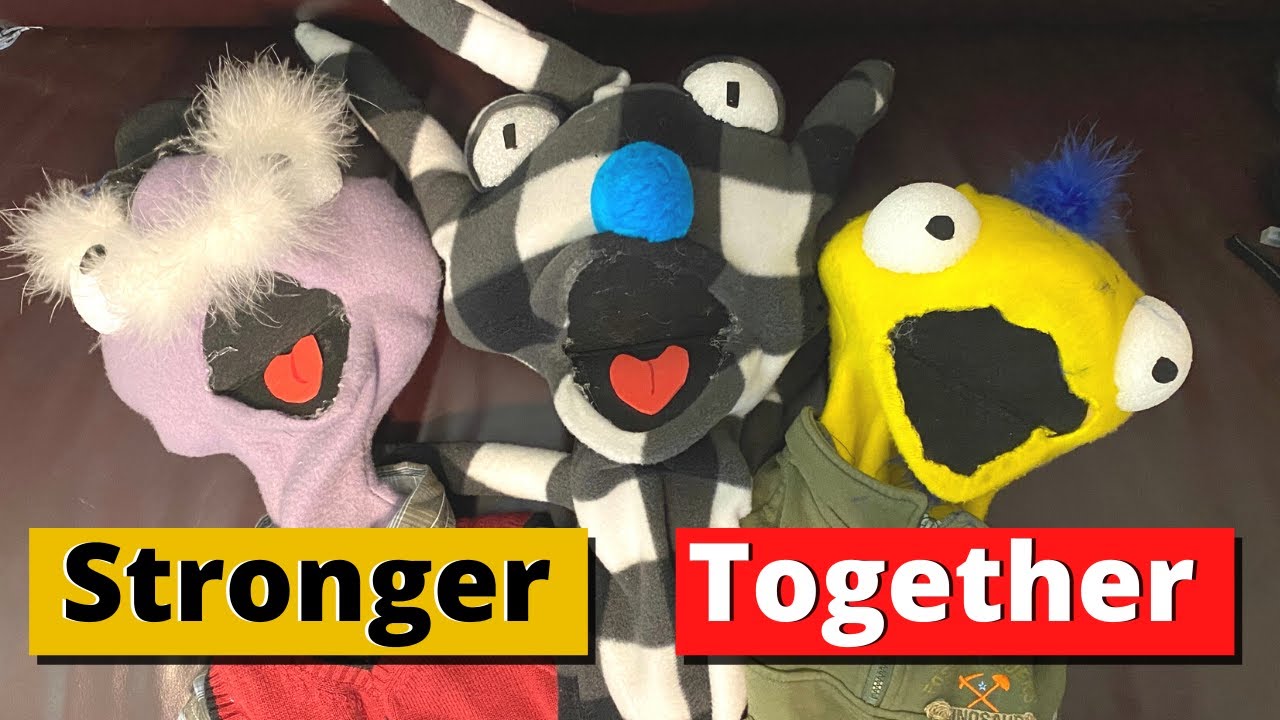 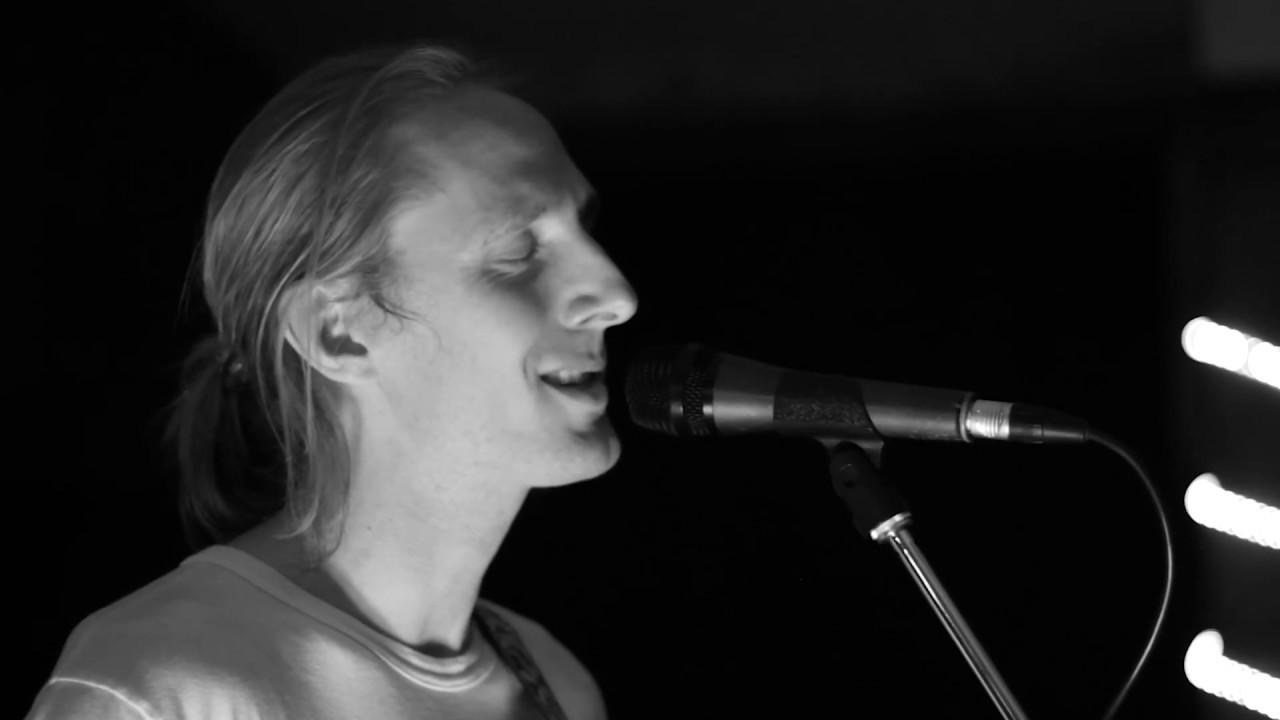 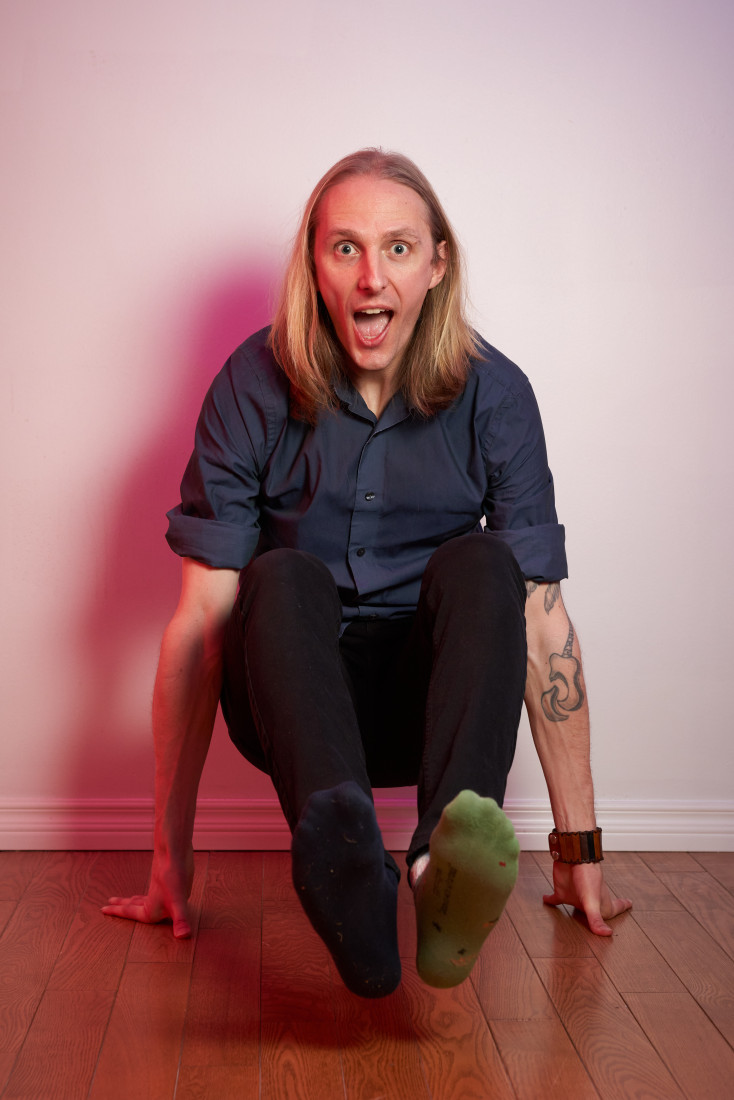 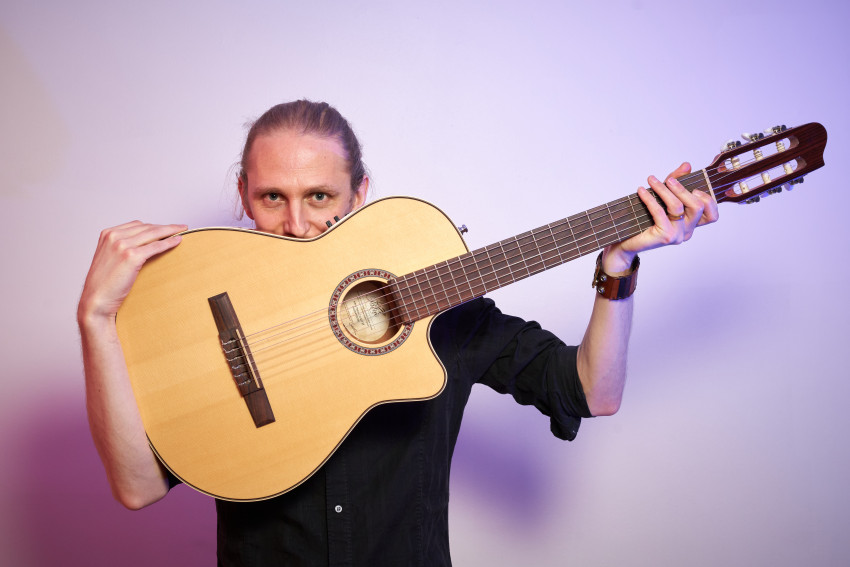 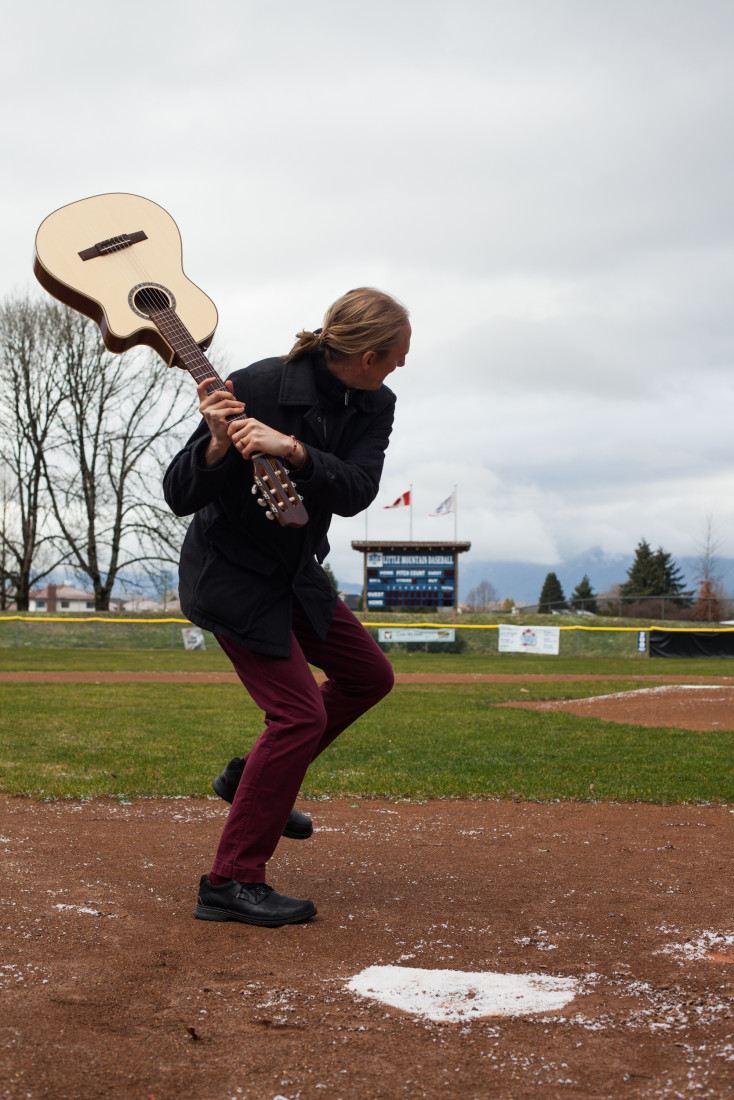 Michael Averill is a Canadian Troubadour who wraps riveting and inspiring stories of serendipity in well-traveled Folk, Roots and Blues.

The Kelowna, BC native’s most recent self-produced album, “I’d Rather Walk,” inspired by his late singer/songwriting father, Garry Averill, has led to Michael literally strolling through Canada.

Michael was an excellent player, who had a wonderful repertoire and didn't overpower the room. I would definitely book him again.

Thanks so much Rhian! I loved playing at your venue. Your staff were so kind, the atmosphere is excellent, and your customers were so nice and appreciative :). I was blown away that you had done the work to install acoustic treatment in the room. Makes performing a dream! Everyone go check out Nicli Antica! Sooooo yummy!!

Michael blew my expectations. He is a very talented musician and it was honour hosting someone so gifted in his profession. All of my guests had a blast listening to him perform that evening. Well Done!

Thank you for the kind words Michelle! It was such a treat playing for you all for such a special occasion :).

We were a group of 32 family and friends celebrating a wedding vow renewal, ranging from the ages of 4 to 75 years. Michael provided a wide range of music that had everyone singing, dancing and clapping along. I would highly recommend him to entertain at any type of event.

What a treat it was to jam with you all for such a sweet family gathering. Thank you for the kind words, and congrats on an excellent event!

Michael is a pleasure. So professional, thoughtful and kind. He made our celebration of life so special and memorable. Beautiful voice and presence. I highly recommend him.

Thank you very kindly Laura. It was such an honour to be a part of your family gathering.

As a solo performer - A singer/songwriter playing positive original and cover music who knows how to soundscape a variety of environments. I can play to relaxed/background listening atmospheres with soft tunes and warm guitar, or to riley/upbeat/celebratory situations with the help of a stomp pedal (small piece of wood that creates the sound of a bass drum for rhythm).

I specialize in engaging audiences with interactive performances when it is warranted, and cater memorable experiences that are in line with the event/theme.

I have my own Bose Sound System and pro audio gear, and am portable anywhere with power. I can also cater un-amplified listening venues/situations, and have toured the world doing house concerts in this way.

Lastly, I also have a 3 piece band that is available for functions requiring larger sound, so feel free to connect about this too.

Michael Averill is a Canadian Troubadour who wraps riveting and inspiring stories of serendipity in well-traveled Folk, Roots and Blues.

The Kelowna, BC native’s most recent self-produced album, “I’d Rather Walk,” inspired by his late singer/songwriting father, Garry Averill, has led to Michael literally strolling through Canada. It is a tribute to his father, and an initiative in place to encourage conversation around the country regarding life, loss, and wellness. The tour began on July 1st 2013 in Charlottetown, PEI, and is ongoing.

So far, Michael has walked just over 4000 miles through every province and territory except Nunavut, sharing songs, and uplifting spirits along the way. He has interviewed with CBC across the country, and various regional publications have shared his story. Michael was scheduled to complete this 8 year tour this summer, but the Corona Virus had other plans. He has since shifted gears to perform on various streaming platforms, and leads numerous workshops for songwriters, and digital team building activities for businesses, schools, and communities.

Bose L1 Compact Sound System - can accommodate audiences up to 400 people.
Have my own microphones, stands, etc.

Sound system can be set up anywhere. If I am plugging into a bigger sound system, my solo requirements are 1 Vocal Mic, 2 Direct Input Boxes for acoustic guitar and a stomp pedal.

Full band would include bass, drums, and an extra vocal microphone.

Equipment I would need for large venues:

I don't have my own stage or lighting systems, so that would be up to the event planners.

- 4 albums worth of original songs
- List changes depending on event, but do cover songs of the following artists: