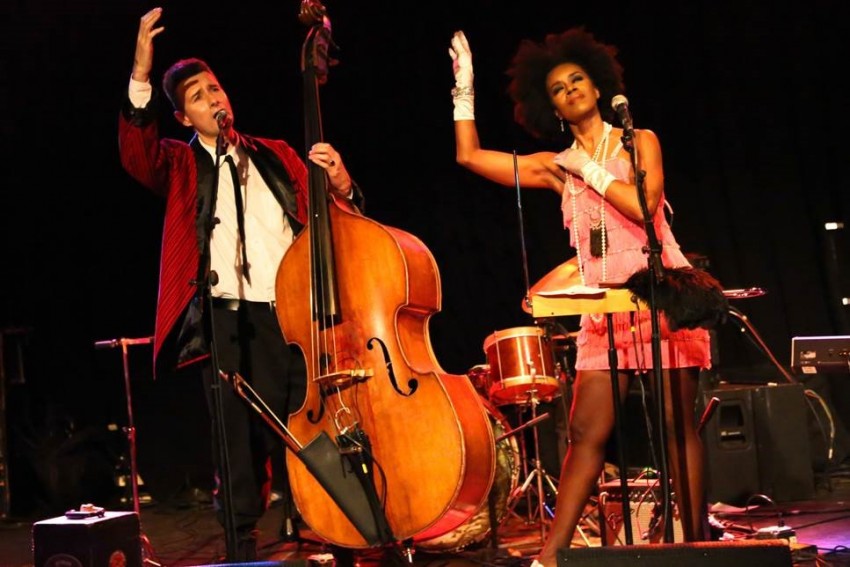 Craving something…different? Let us indulge you! Meet The Seavers shatters the illusion that Nashville Tennessee is only about country music. Having a reputation for a thoroughly non-Nashville show, The Nashville Scene calls MTS “The Closest thing Nashville has to Vaudeville“.

They have created their own original jazzy genre which their fans call “Merge”. It’s a potent concoction of swing, odd time signatures and unusual chord changes wrapped around an ingenious lyric.

Costume changes, props, and outlandish wardrobe are all part of the uniqueness which is MTS. Their shows are tailored to each individual performance ranging from upright bass and vocals only to a full band.

Thanks so much to this wonderful couple! They made our event so much more than a cocktail party! Extremely talented couple and just so much fun! I look forward to working with them again!