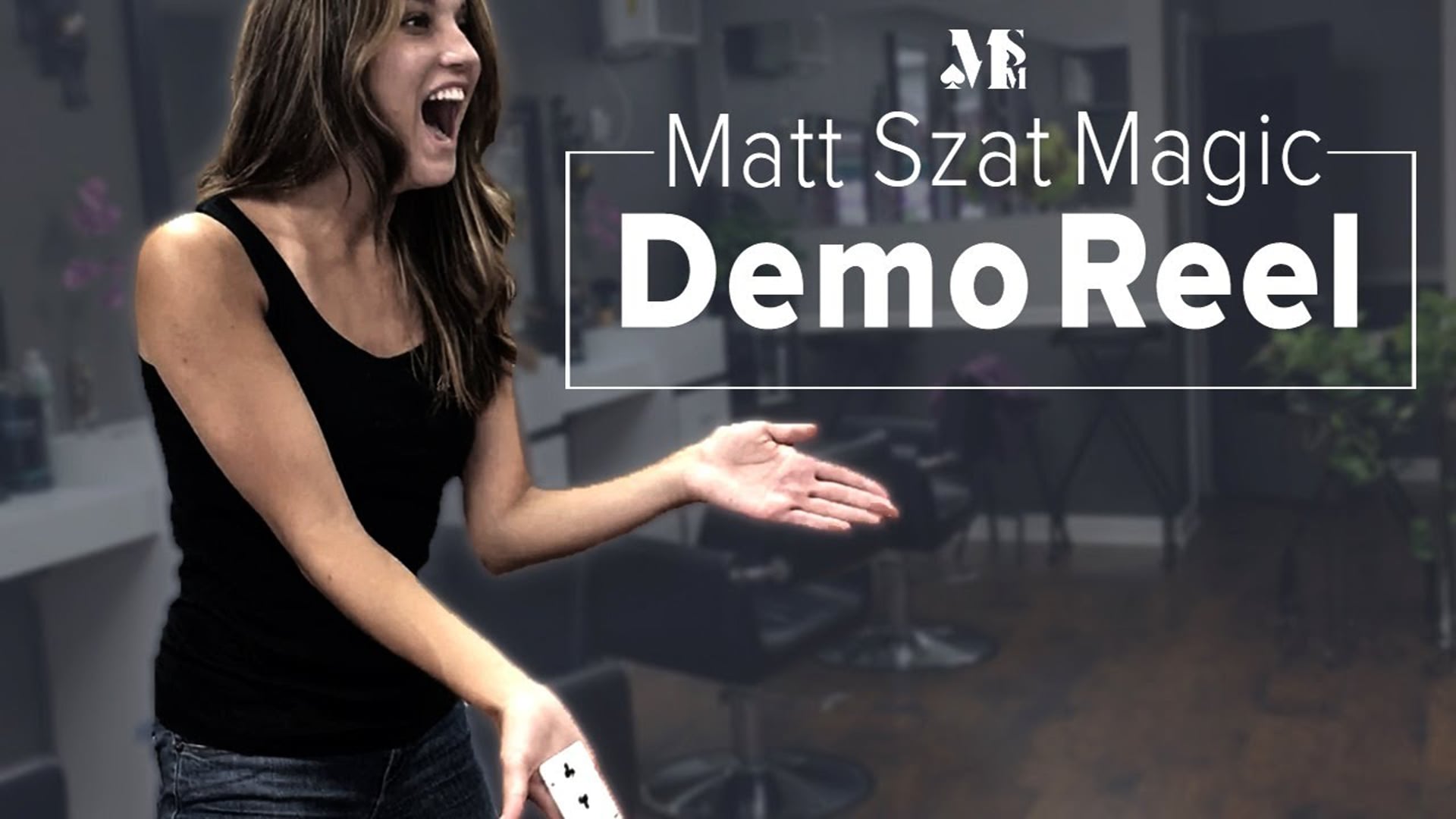 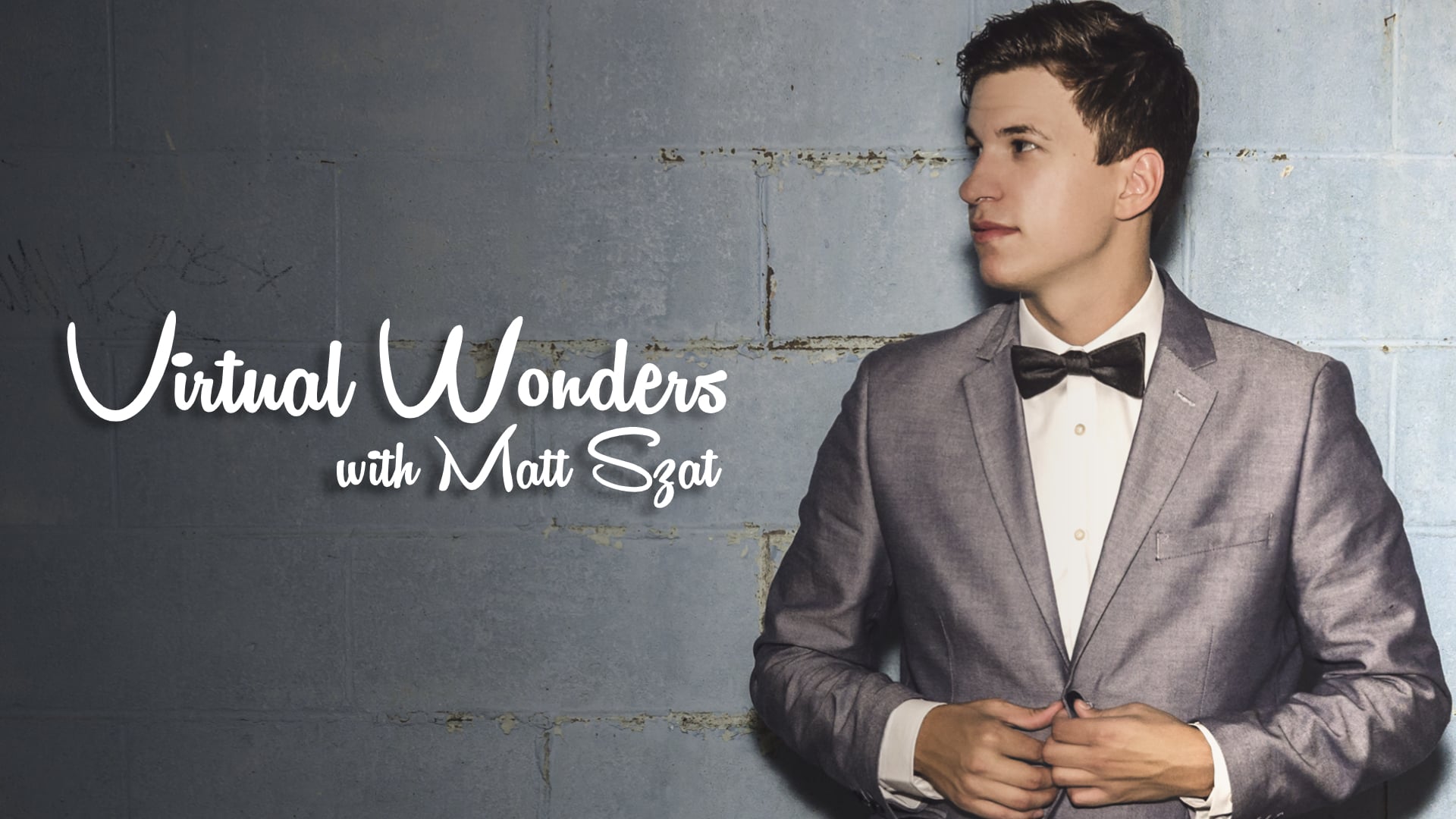 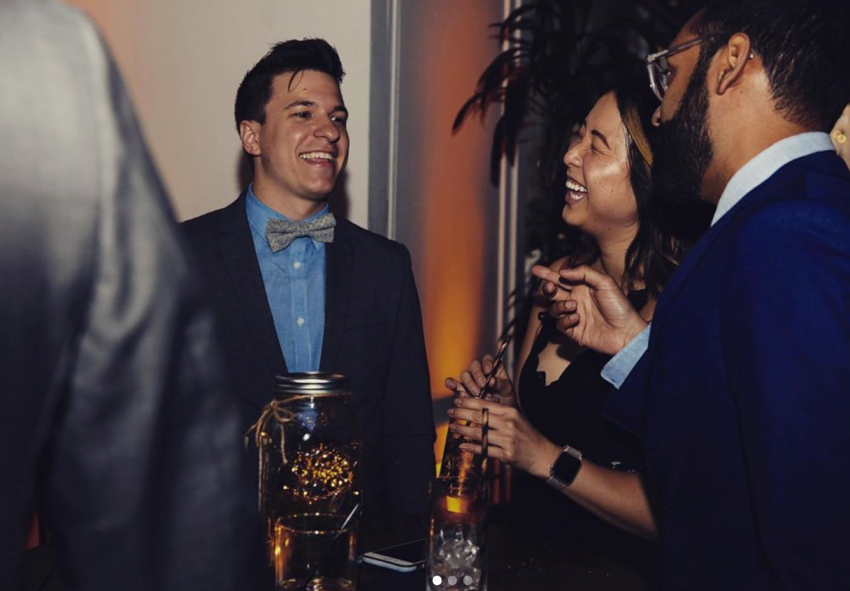 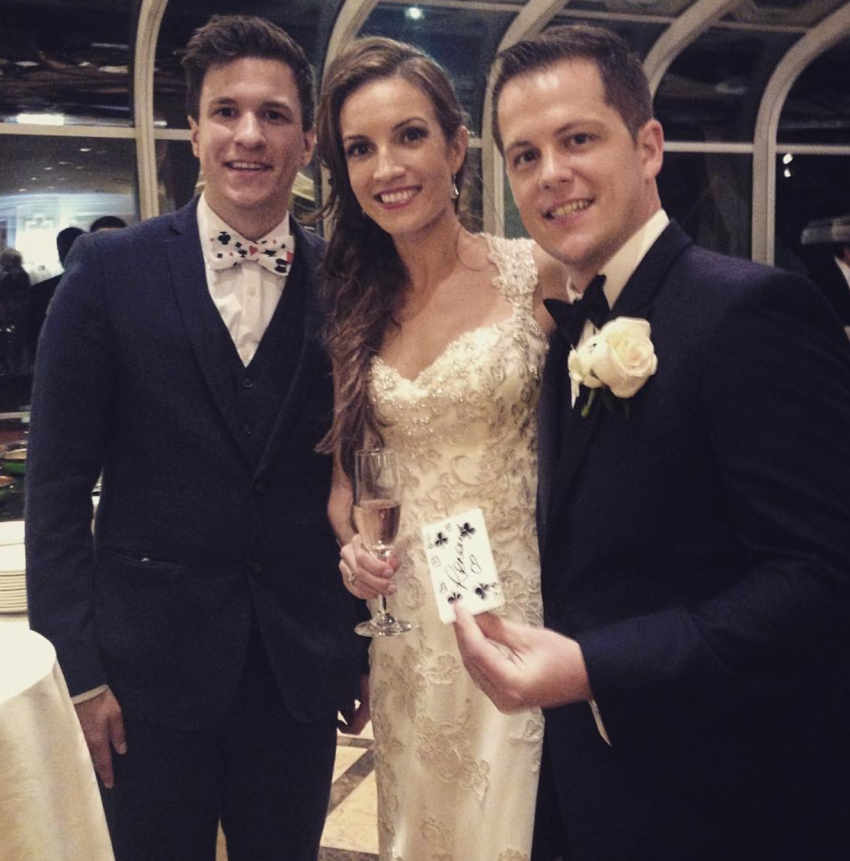 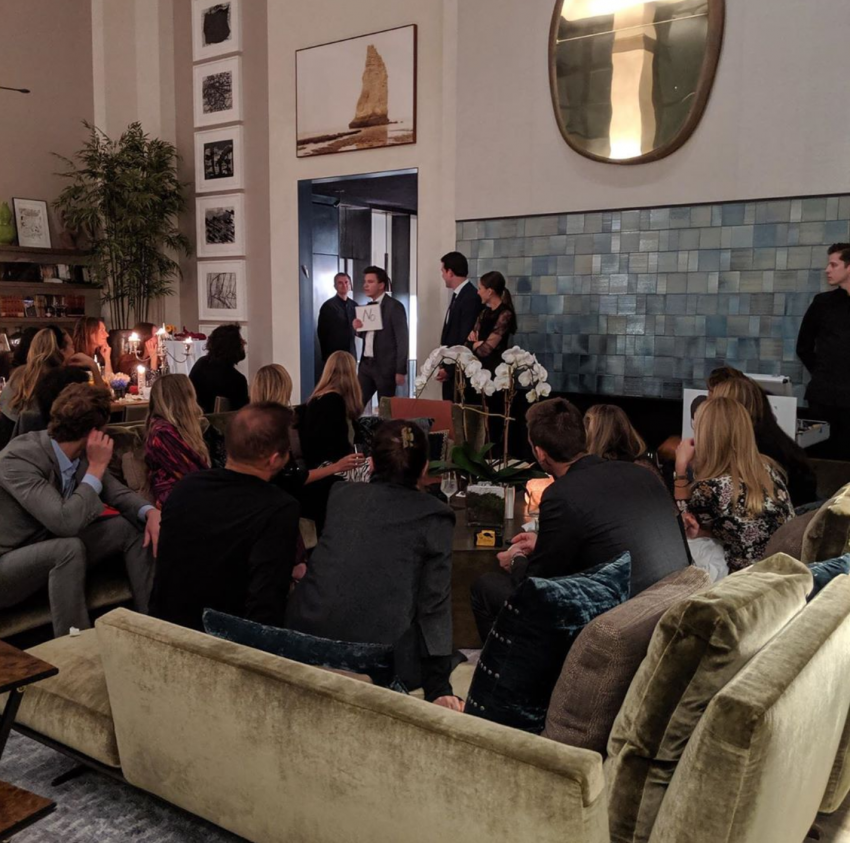 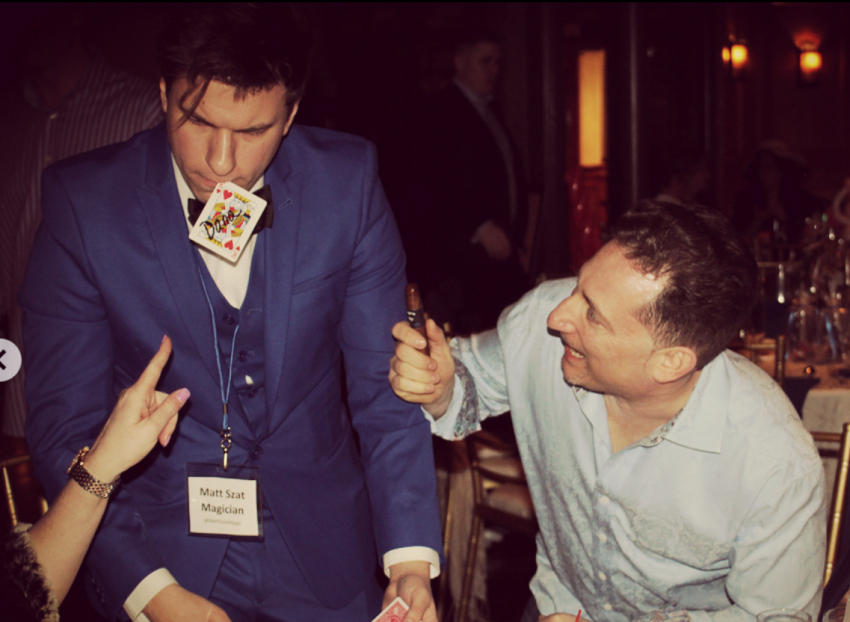 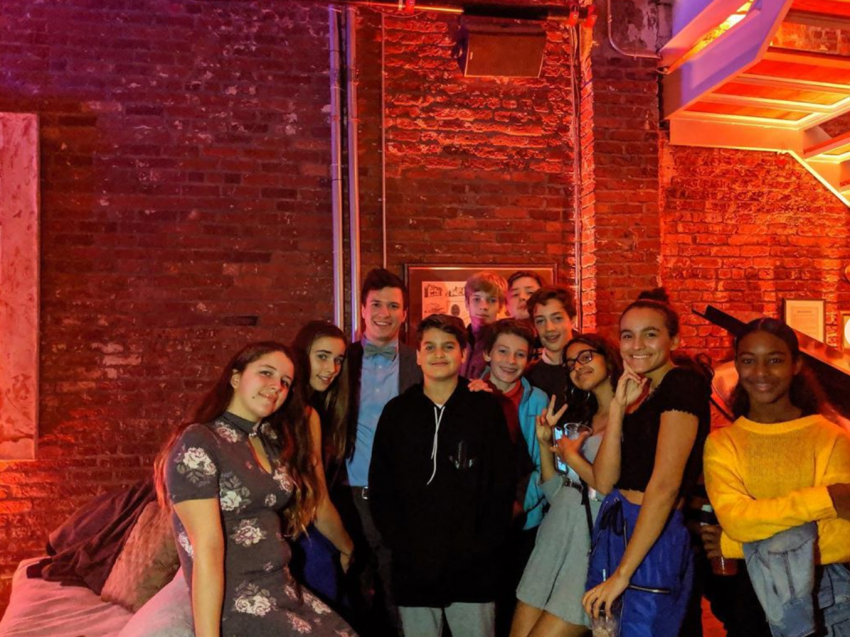 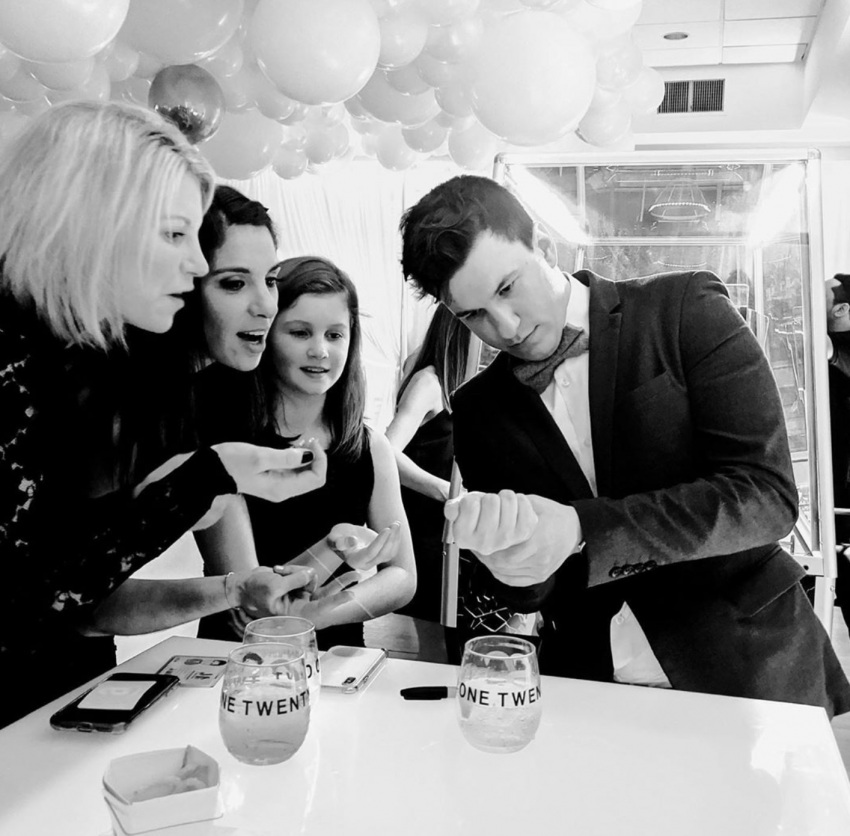 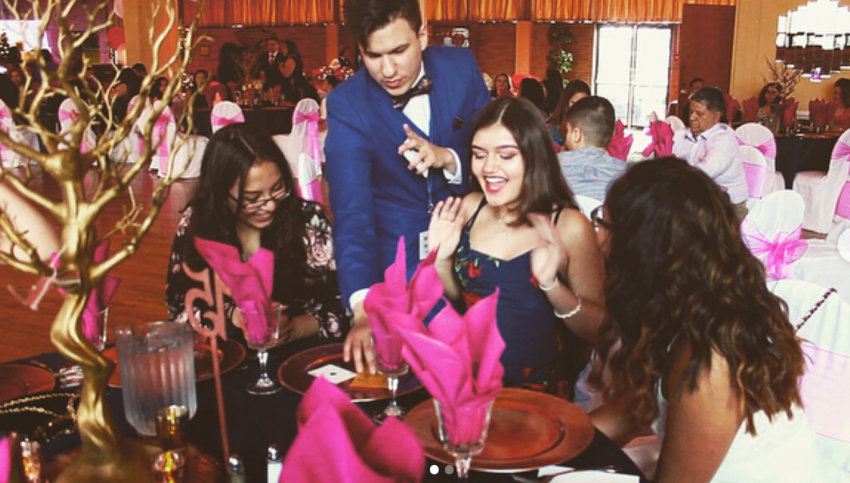 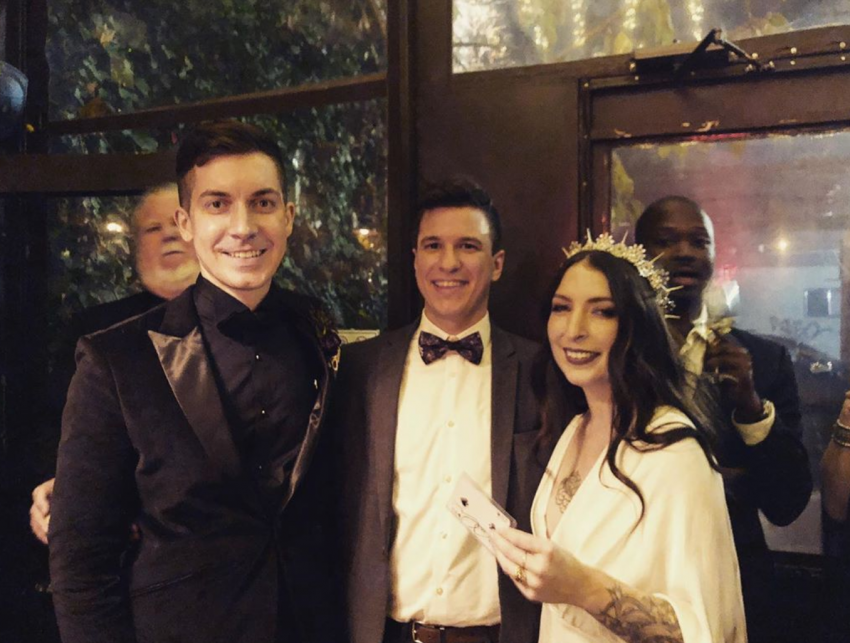 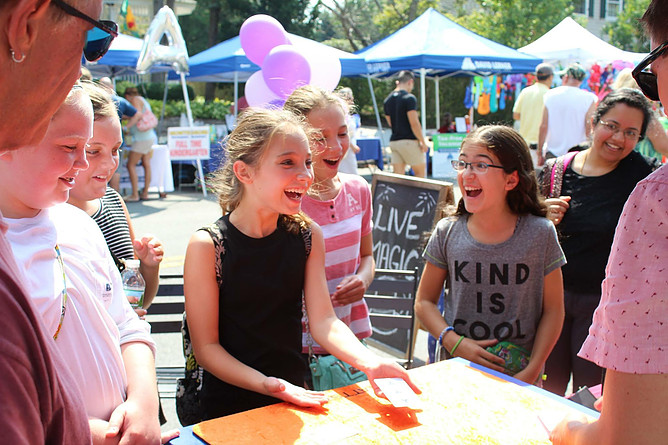 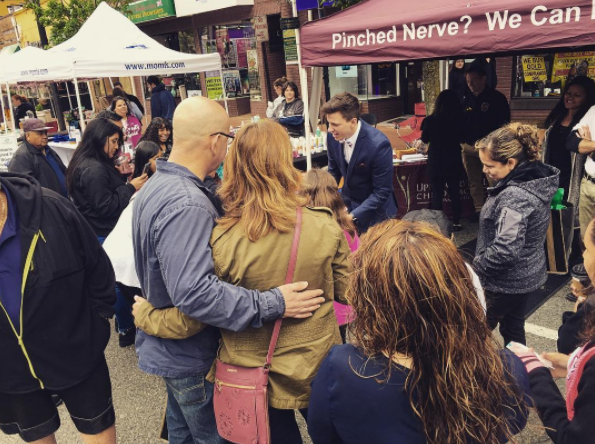 Matt Szatkowski (Matt Szat Magic) will create lasting memories for both you and your guests. Performing both close-up and strolling (table hopping) magic, Szatkowski is a perfect fit for birthday parties, dinner socials, bar/bat mitzvahs, weddings and everything in-between. Each routine is high-energy and Szatkowski has the ability to make a personal connection with each person he performs for. Additionally, Matt Szat Magic can be catered to fit your specific event. (i.e. incorporating business cards or give-a-ways into the routines).

We hired Matt for my daughters Sweet Sixteen. He blended in perfectly because he’s young and good looking. 😊 The girls loved him and was so impressed with his magic tricks! Thanks again Matt for adding to the fun!

We had Matt perform at our location this past Saturday Night......a great time was had by all......High Energy interactive entertainment.....Will use him again for sure.

We hosted a corporate event for 150 people and hired Matt to provide his magic services. It was a surprise for the guests and they loved it! Matt was funny, skilled, entertaining, and had our guests asking "How did you do that?" over and over. Matt helped make our event a great success and I recommend him for your events.

Matt came on time, went from table to table and kept all my guests entertained - ALL the guests truly enjoyed him!!! I can't wait to book him again.

Magical evening thanks to Matt

Professional, prompt, poised beyond his years with a winning personality, Matt charmed us all.
Our New York fundraising event was wonderful, due in great part to Matt's magical performance. His card magic wowed everyone and we're still trying to figure out how he performed some of his tricks.
He will not disappoint!
Looking forward to our next event together.

Fun, engaging addition to Our Event

Matt was a funny, charming and enjoyable addition to our party. The guests really had fun with him!

Incredible addition to the party

We had a St. Patty's day party at our apartment, and Matt was a seamless and extremely fun addition. He was both professional and personable, and managed to provide everyone at the gathering with some exciting magic. Will definitely repeat the experience - plus one of the couples at the party is already thinking of inviting Matt to perform at their wedding.

My guests had a great time, he was a hit! Made sure all the guests had a chance to do a trick and was super professional and really fun. I was really happy with his work.

Matt is very professional and a great entertainment. Our guests had a fantastic time and that's thanks to him! We would definitely work with him in the future.

Very Professional, very GOOD with his slight of hand

would definitely hire Matt again, Many our group asked for his business card so I know they will do the same.

Matt was super flexible and very easy going. He had lots of different tricks prepared and ready to go. Overall great to work with!

Great addition to a picnic

We hired Matt to entertain at a celebratory picnic that we held. He was a great addition. He's very personable, very professional and extremely tricky. Matt moved around the picnic doing various magic tricks for the guests, entertaining the group. We received great feedback from everyone that they enjoyed him and it added something different to the day. We would definitely recommend him.

We hired Matt to entertain our guests during cocktail hour. He made a amazing sensation, I still have people saying "the magician was awesome!". Along with his performance, he was very professional and was very much on time.

Had Matt at my house for a Tiki Party. He fit right in and went to work entertaining about 70 people
Everybody loved him ...
You will not be disappointed
Thank you MATT!!

He was engaging. Fun. Exciting. The crowd loved him.

Matt came to our event prepared and on time. All the kids were so excited with his performance. He remained professional and engaged throughout the event. We will defiantly consider booking him for our annual event. Top notch service and worth it!

I love magic. I arrived to my surprise birthday party and was so excited when Matt introduced himself. Matt was not only full of amazing tricks but he was personable, sweet, and had an amazing sense of humor. He made my birthday party a hit. We can't wait to have him back for future parties and he will definitely be at our wedding. I highly recommend Matt as he was the highlight of my night.

Matt was an excellent entertainer and an even better magician. He was friendly, affable, and put on a terrific show.

From his magic tricks to his personality to his overall ability to control a room, you will not find a better magician!

His performance for our party consisted of a room with roughly 20-25 people, age range from 25-55, on a rainy day (so needless to say expectations were high as we crammed inside).

Matt not only met our expectations but he exceeded them all together. His ability to engage the entire room, with a true "magicians wit" and an excellent sense of humor, was an absolute pleasure.

We highly recommend Matt and will likely employ him again for future parties and events.

Just wanted to say thank you to Matt, we were looking for a magician to help with our large wedding to help break the ice and help with the kids, just in case........well Matt out did himself in more ways than one. He still has our parents scratching their head as well as our nephews, nieces.....oh yea and my wife and I as well. I would recommend him to everyone . He was well mannered and well dressed and far from cheesy, I would say he was a GOD send , especially last minute. I'm so thankful for his services! Thank you MATT

Matt was not only a good magician but arrived 15 minutes early, was pleasant, defused uncomfortable situations like crying babies and nervous toast-givers with his magic! I'm a wedding planner and I'm so glad to have met Matt and will definitely use him again. Very professional and a real pro.

I had a party with about 50 people - a mixture of adults and kids, including some toddlers. Matt has a great personality and he roamed the room going from table to table performing his magic. The kids followed him around but the best part was when the adults came up to me afterward and told me they were trying very hard to watch how he did his "magic" (and this was all very up close and personal) and none of them could figure it out. I could not have been more pleased. Thank you Matt!!!

His Bow Tie Is Real!

Matt Szat did magic for my 24th birthday party, for a group of about fifteen 23+ year olds. Before the party, he was super flexible with his schedule and didn't hesitate to come perform at the late hour I requested. He captivated everyone, which is not easy for my group of friends, and kept us all fascinated by his tricks and jokes. He made the non-believers question their sanity. He is also very professional (both acting and dressing) and will play along with any bullies in the audience who may not believe.
Thanks Matt Szat!!!!!

I hired Matt for my sister's 25th birthday party. He did an awesome job and kept everyone entertained and engaged the entire time. He was personable with all the guests and the magic he performed left us wanting him to stay longer! He was very professional and and I would recommend him for any kind of party or event. I look forward to using him again in the future!

Matt was so easy and nice to work with from the beginning. He responded quickly and was very detailed. I was looking for someone to just do some entertainment before our guest of honor arrived and he did that and so much more. Matt was very interactive with my guests and he did magic I have never seen before. Everybody enjoyed him being there and he did such a great job. I would recommend him to anyone who is looking for a magician to do close up magic!

I would hire him again in a heartbeat!

My Salon Studio 43 hired Matt for a fair that the town was having, and he was truly amazing! We were looking for something different to set us apart from the rest of the fair, and Matt made that impact. By the end of the day everyone had to stop by our place to see just one more trick before he left. He went above and beyond what we had expected. Not only was he personable and funny, but could relate to everyone with age appropriate magic tricks that kept everyone interested! I would recommend Matt Szat Magic one hundred times over!

When hiring Matt Szat Magic you can expect a high-energy performance sure to keep guests of all ages entertained. Close-up magic is an intimate experience. Matt will perform for small groups at a time to ensure each person remains engaged and has a unique encounter they can cherish long after your event concludes.

Known for his charismatic performances and signature comedic style, Matt Szat (pronounced: Zat) has captivated audiences around the world with his mind-blowing magic and mentalism for more than a decade. He is one of the most sought-after professional magicians in the greater New York City area and regularly performs for world-renowned companies such as Google, Spotify, Pepsi, Louis Vuitton, FedEx, Facebook and others.

From his unbelievable close up magic to his hilarious parlor and stage magic shows, Matt’s interactive mentalism and magic is perfect for corporate events and award shows, weddings, birthday parties, bar mitzvahs and bat mitzvahs in NYC, NJ, CT, Long Island and MA.

My magic style is akin to a combination of Dan White and David Williamson. However, my performance and personality closely mirrors that of Andy Samberg.