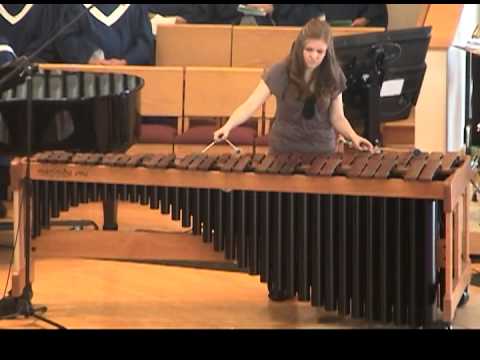 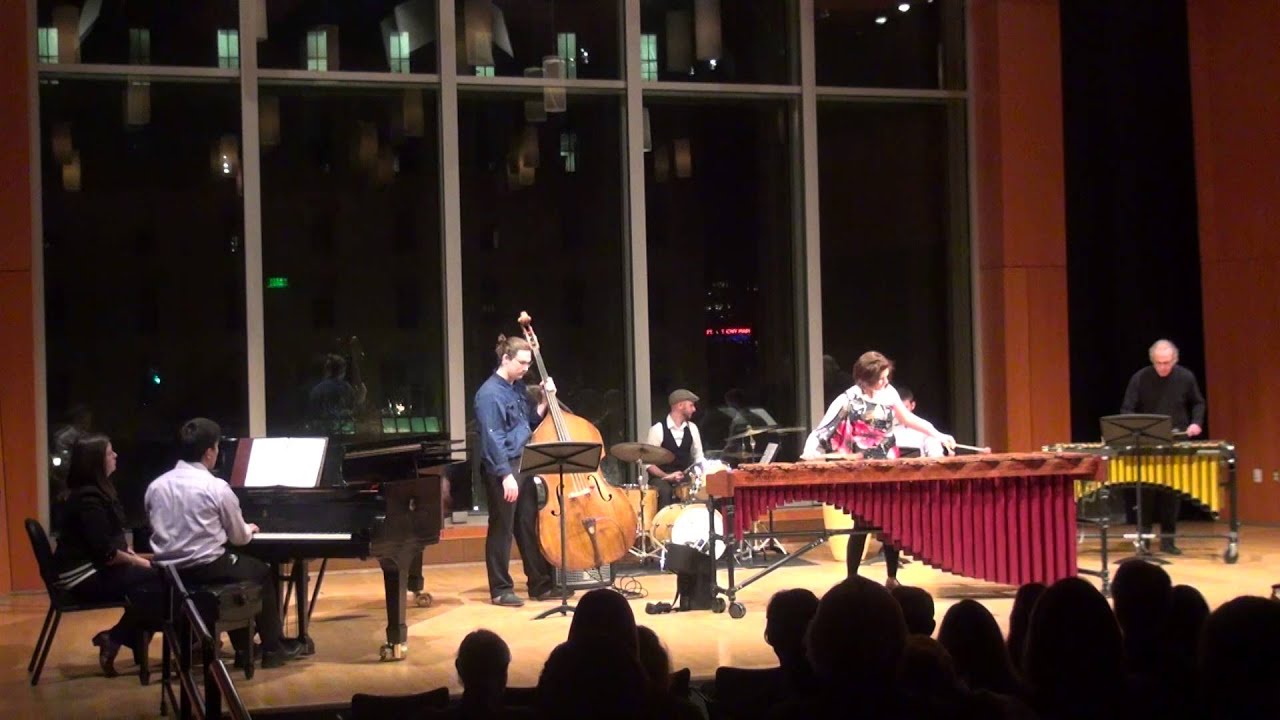 I am a marimbist based in Minneapolis, Minnesota. Though I am classically trained as a percussionist, my main instrument is the marimba. I arrange and compose my own music, mostly drawing influences and inspiration from jazz, folk, and world music genres. I am able to play advanced marimba music, but am also very comfortable improvising. I have been honored to play music for many weddings, receptions, and other special occasions. If you are looking for something truly unique, check out the warm, sweet tones of the marimba and I promise you will not be disappointed!

Be the first to review Marimba Music

When you want to plan an event with an extra special touch of uniqueness, booking a marimbist is the thing to do. While the digital version of the instrument is vastly popular, the acoustic true-form version of the marimba is absolutely stunning to hear in person. Seeing this beautiful instrument alone provides some wow-factor to your event.
The marimba is a mellow, deep, rich sounding instrument. If you are unfamiliar with it, think about it like the xylophone's big sibling! When asked to describe the sound, most listeners will start describing peaceful waters.
The marimba is a versatile instrument, in that it can take center stage as a featured act or it can be used as background music while event attendees mingle. It's warm tones do not overtake conversation like many other instruments can.
I am a classically-trained musician who started out on piano, but moved to marimba when I discovered how interesting and unique it is! As I have discovered my voice on the instrument, I find myself combing my classical training with my love for jazz, Americana, and world music.

Jenny Klukken is a marimbist from Minneapolis, Minnesota. Jenny combines her classical percussion background with her passion for folk/jazz/world music and improvisation. She bridges the gap between virtuosic and precise repertoire and live, creative, and adaptive music making. Jenny actively engages as an innovative marimbist by performing in a composing for unexpected ensemble settings including jazz, Latin, bluegrass, Brazilian, Indian classical, rock, and more. She values music that speaks to a wide variety of audiences and that pushes the boundaries of her instrument by collaborating in creative genre and instrument fusions. She strives to break ground as a marimbist by taking the instrument out of quiet recital halls and into new ears, and by celebrating its versatility with approachable, exciting, and unique music.

Jenny is native to central rural Minnesota and grew up in a home full of bluegrass, gospel, and Irish folk music, which is where she draws much of her inspiration as a composer from. She first moved to the Twin Cities area to study percussion performance at the University of Minnesota with Fernando Meza, Steve Yeager, and Phil Hey. While studying classical percussion, Jenny discovered her aptitude for performing and composing for marimba. Since completing her formal education, Jenny has been and active marimbist and percussionist in the Twin Cities.

In 2012, Jenny co-founded the percussion group Matra, an innovative percussion-based ensemble that strives to fuse musical styles for approachable, but incredibly unique, music. Matra provides Jenny with a platform for composing and playing marimba in her own unique approach. In May of 2017, Matra released its first full length album of all originally composed works, including 3 compositions by Jenny.

In 2013, Jenny became the first female to join the percussion faculty at the MacPhail Center for Music, a non-profit organization for community music education that was founded in 1907 and now serves over 13,000 music students. She also teaches through MacPhail’s Music for Life program, bringing music appreciation classes to older adults living with dementia. Jenny shares her passion for people and music with her class Drum for Life, a hands-on drumming class for older adults with memory loss. Jenny was a workshop presenter at the 2014 Artsage Midwestern Conference in St. Paul MN, helping to promote artful aging for seniors through percussion.

Jenny is an endorsed artist by Marimba One of Arcata, California.

The marimba is very heavy, and requires about 10 feet x 5 feet of space (including space for me to stand and play). It can be amplified if desired, but can function beautifully as an acoustic instrument.