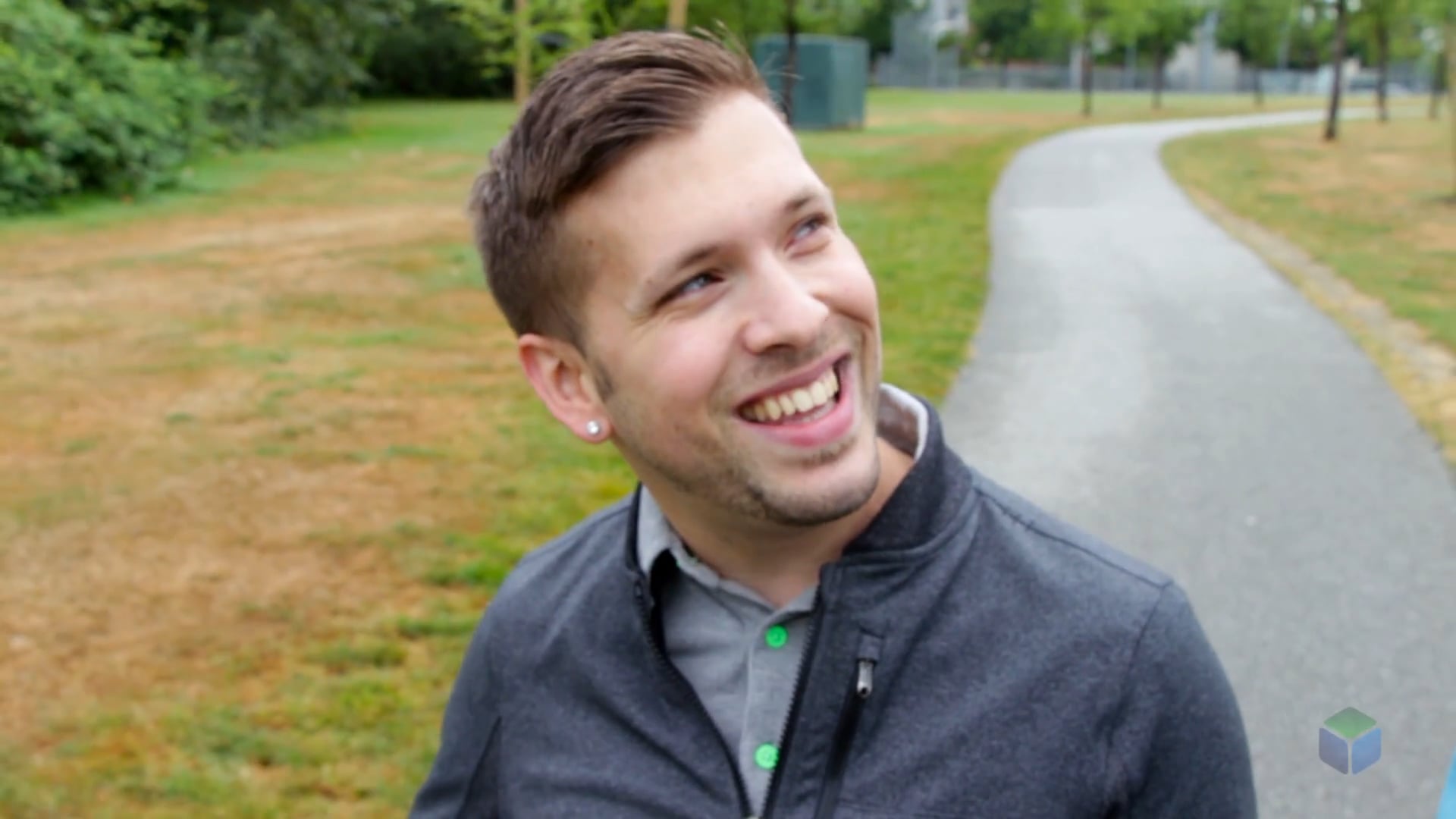 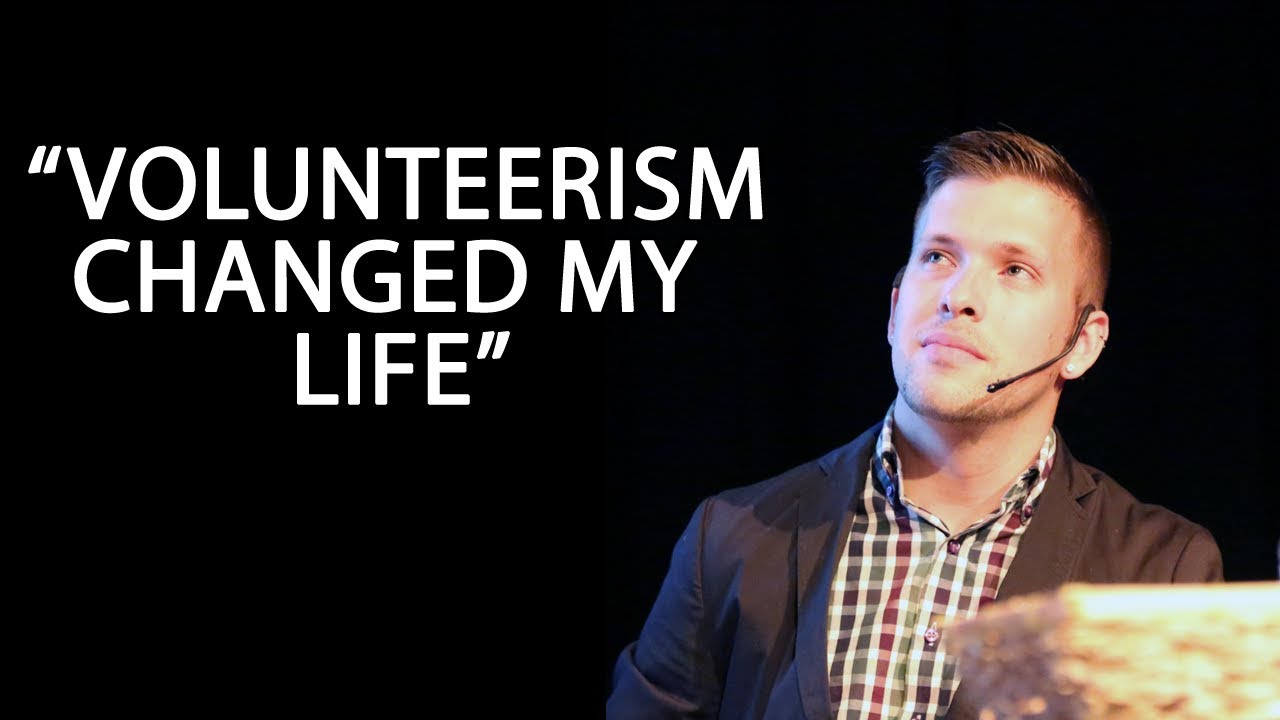 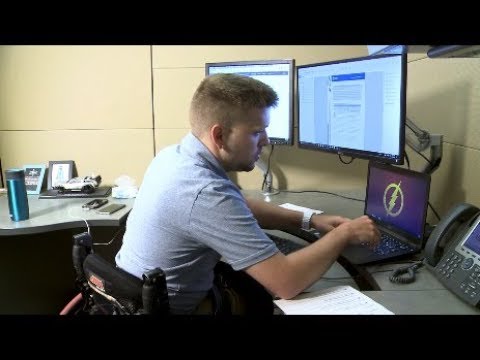 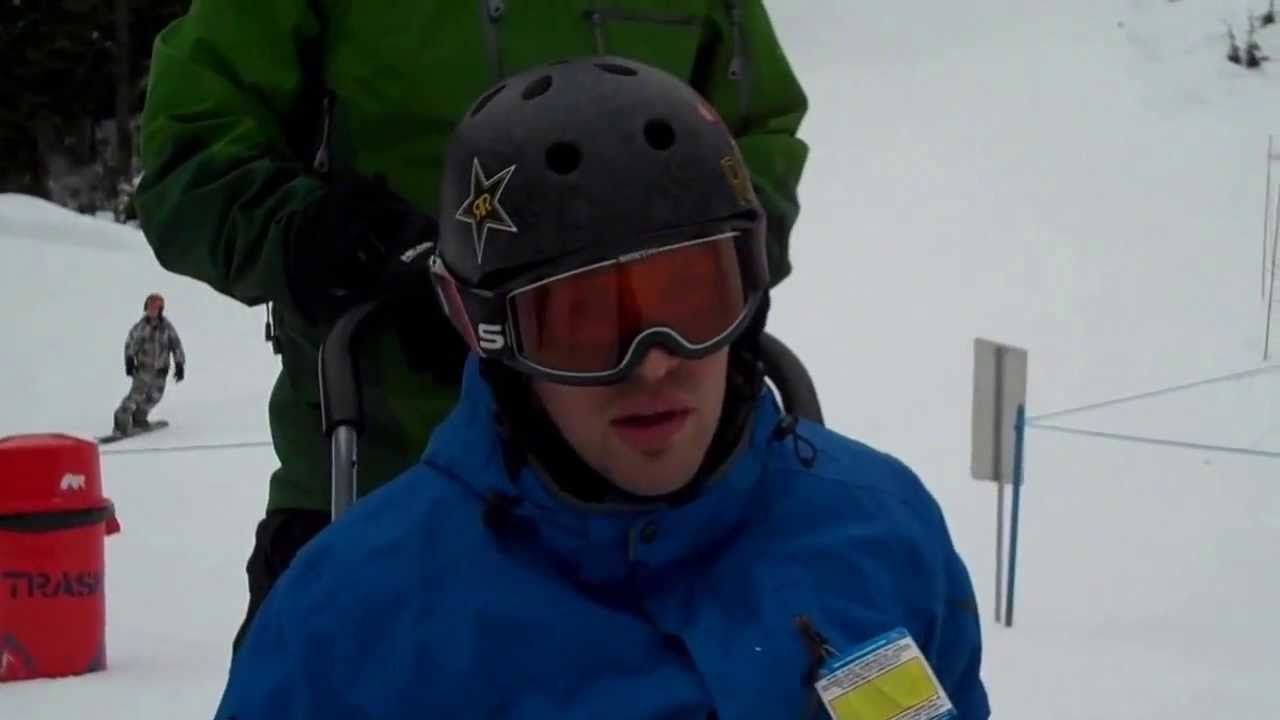 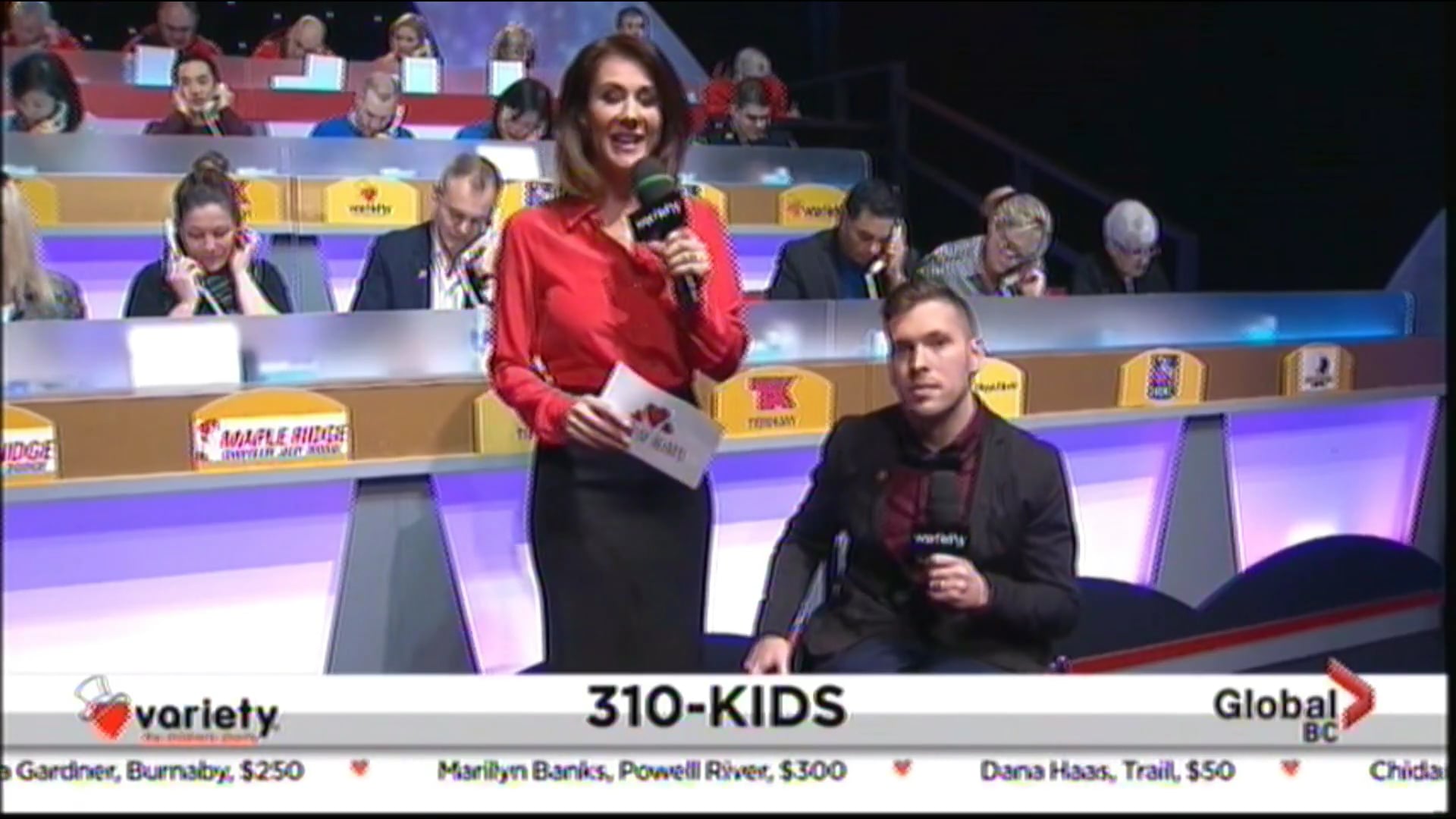 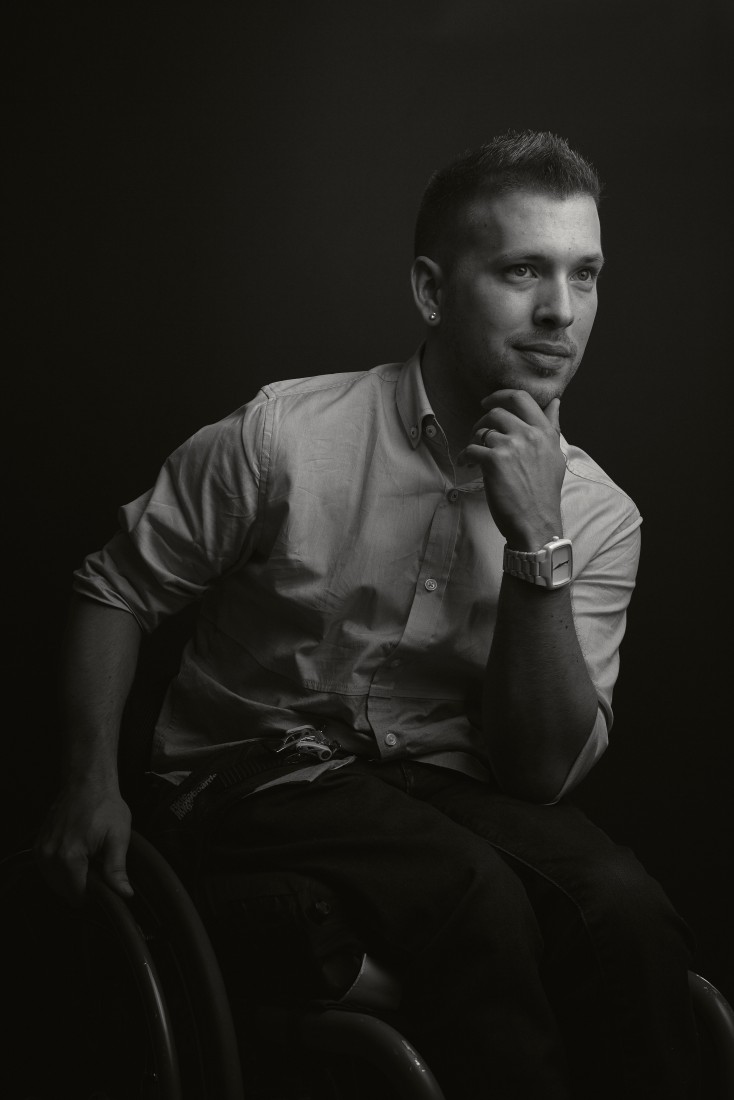 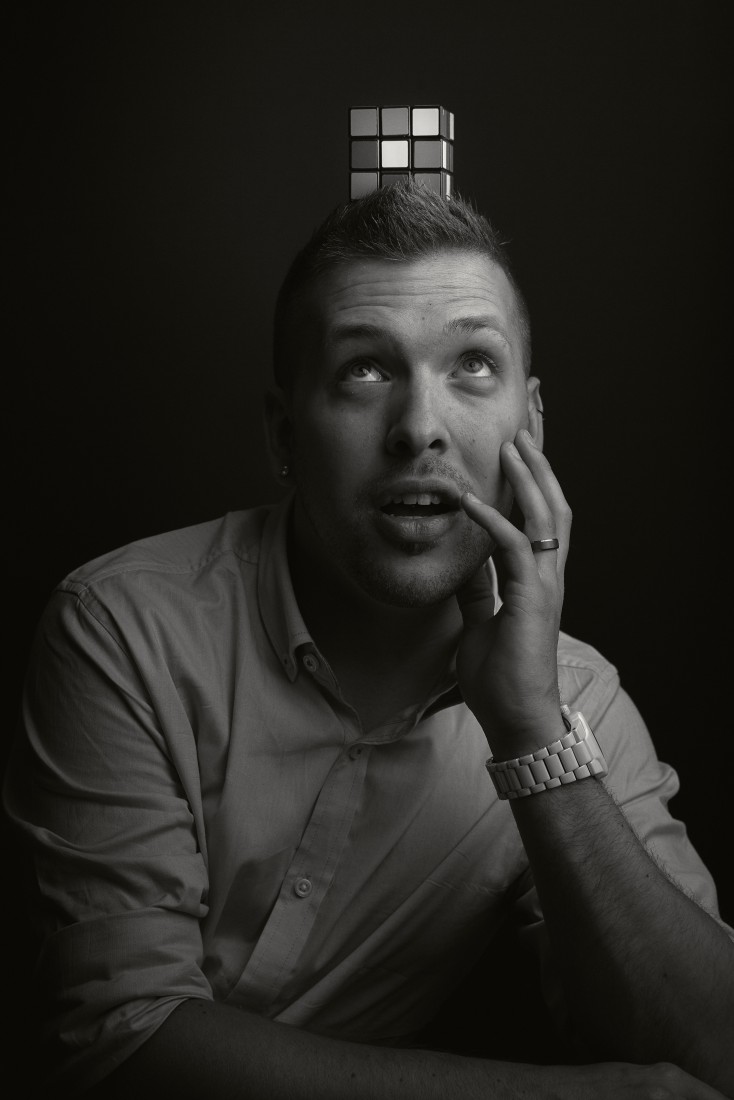 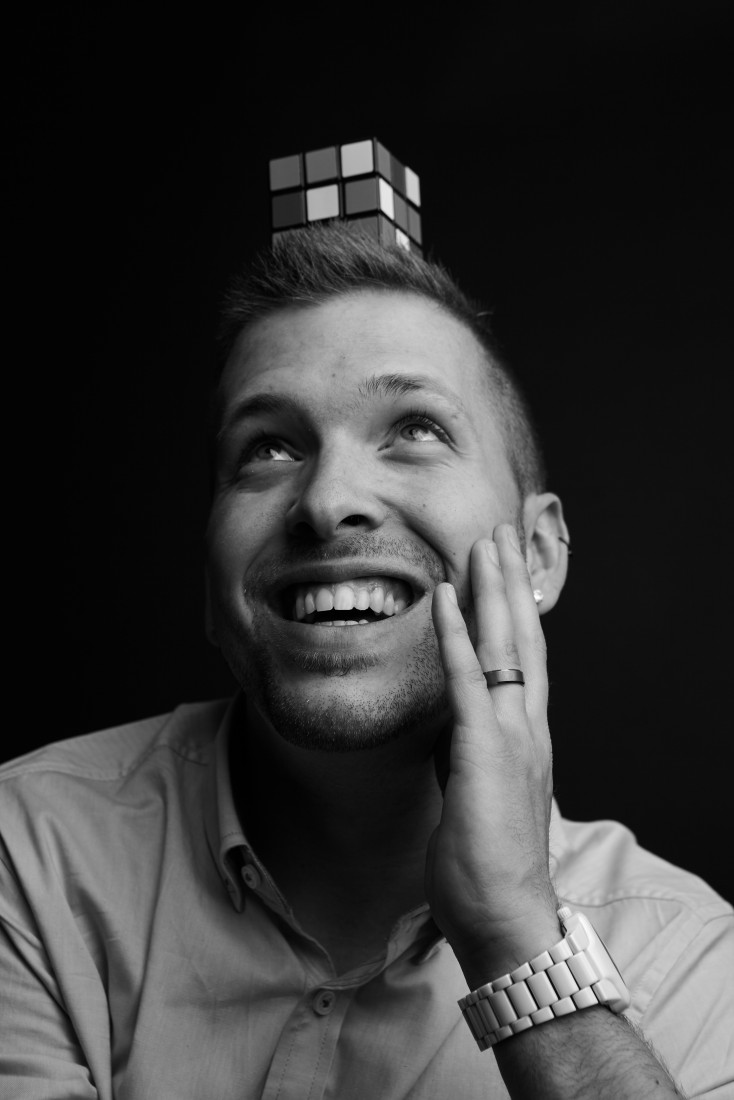 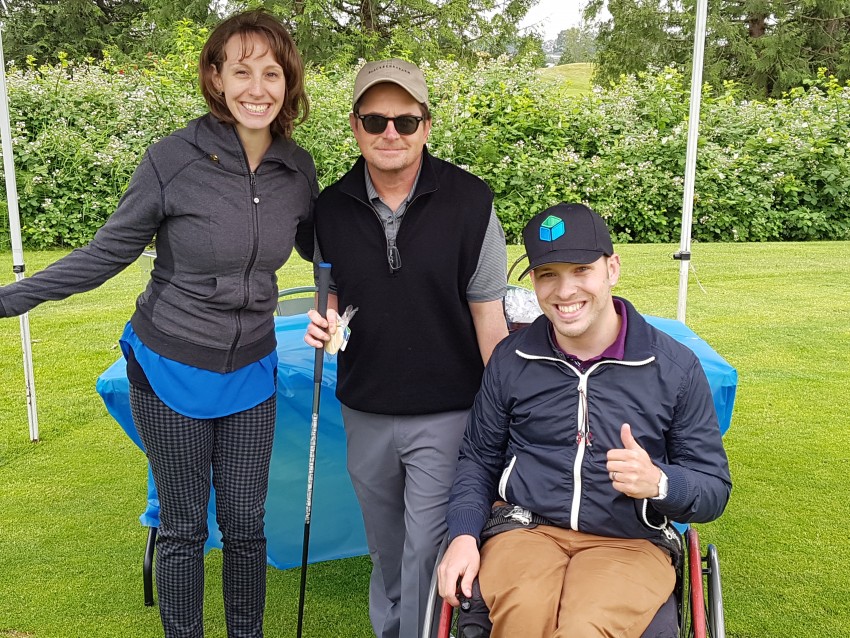 Marco with his wife Karin and Michael J. Fox 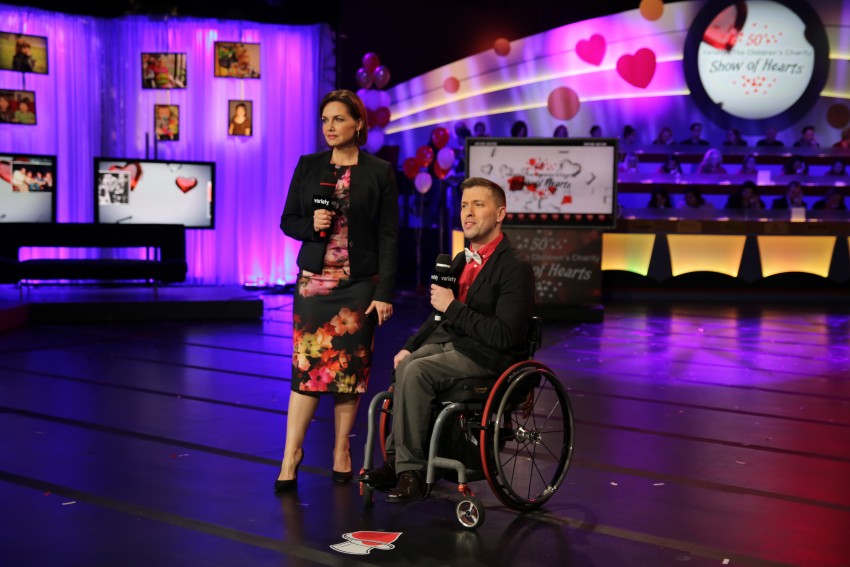 Co-Hosting at the Variety Show of Hearts Telethon 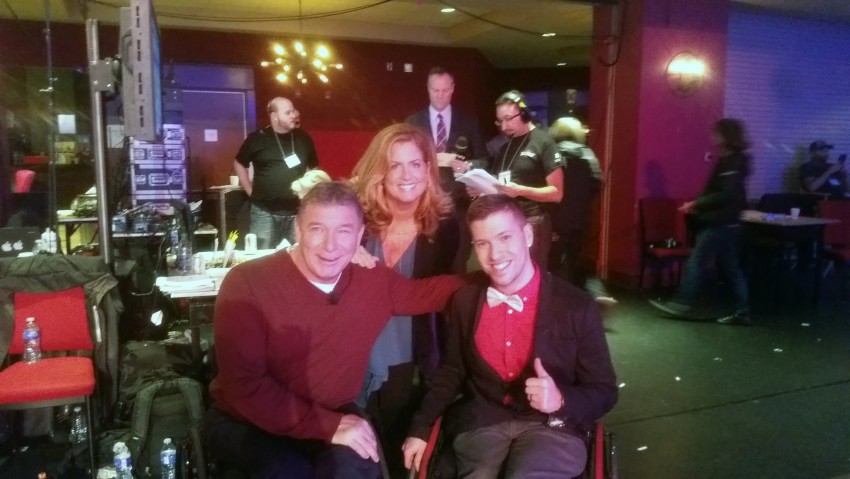 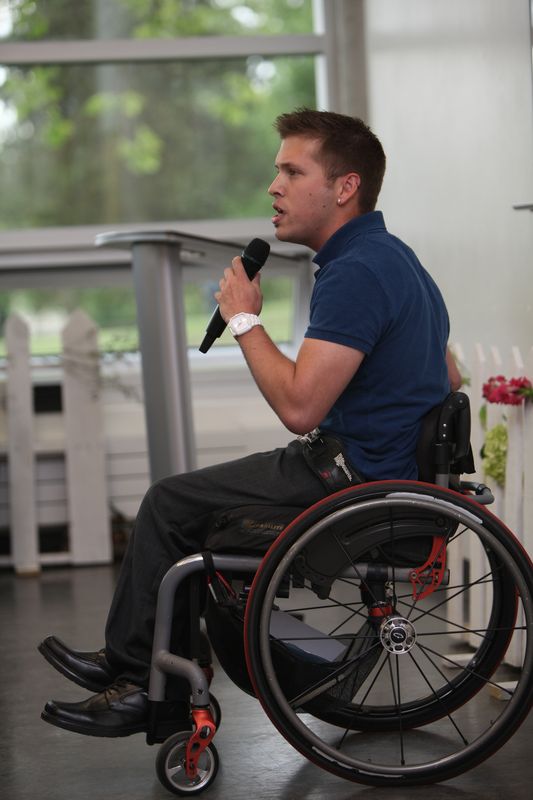 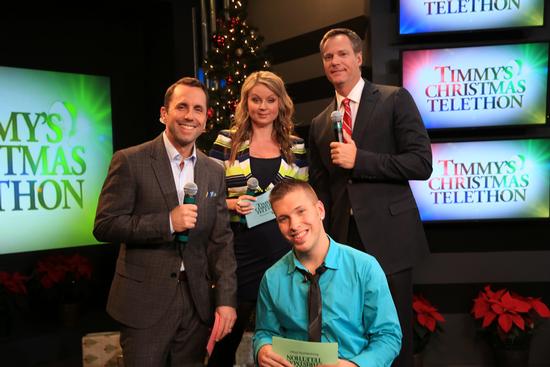 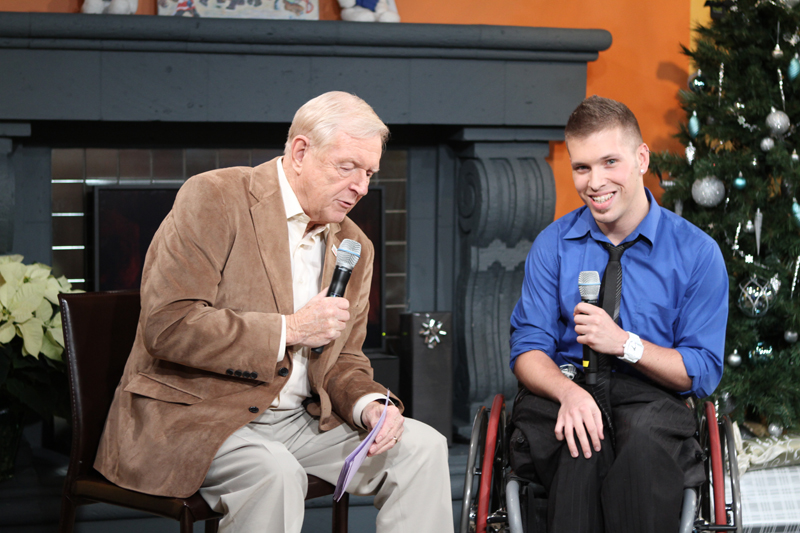 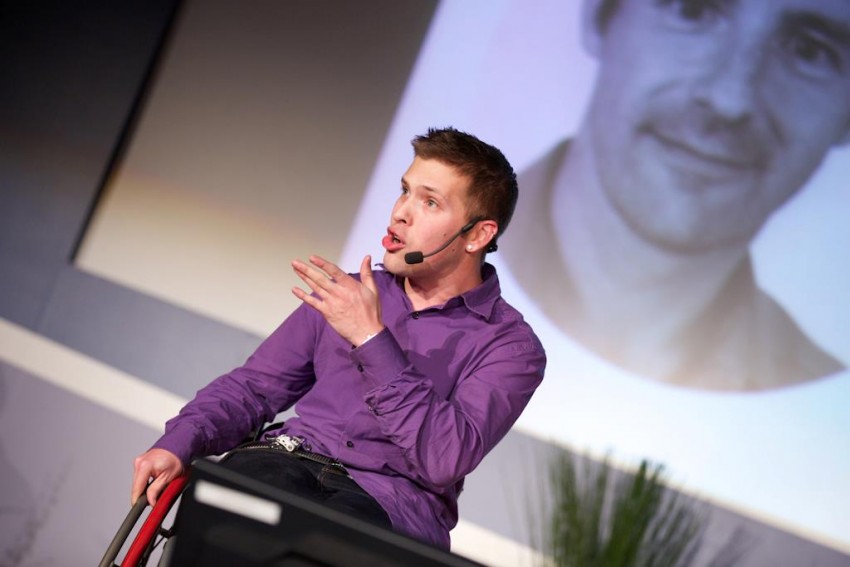 Marco has spent years overcoming challenges, but it hasn't always easy. In his inspiring keynote, he shares how he had to learn to find his best energy to get past giving up, make the right choices and stay on track. He found that by following a 3 step system, he could get to the core of the issue and find a way past it. This 3 step system is the CUBE Principle and it teaches audiences how to:

- Assess what is needed to overcome it

- Use their best energy to guarantee success

Through his empowering words, he will reignite the fire within all of us by showing that anything is possible with the right mindset and action plan.

Be the first to review Marco Pasqua

Through the energy and power of his words, Marco Pasqua brings audiences on an emotional journey of human connection and delivers what matters most; positive results. Marco utilizes his stories of struggle and success to provide practical tools that will create action immediately to light a fire in employees and students everywhere and “level up their life."

Marco is committed to excellent message delivery, and is ideal for audiences that are seeking a speaker that offers tools for success through humour, passion, and a drive to get the most out of their own personal development. What sets Marco's keynote apart from other speakers, is his ability to tie in tangible solutions for problem solving through his CUBE Principle system, will utilizing his personal stories in the process. This provides a dynamic and immersive experience that is guaranteed to engage everyone in attendance.

Every presentation is custom tailored to the audience and the needs of the client. Instead of talking at you, Marco often interacts with the audience while on stage, posing questions, asking for real-time responses (when applicable) and adding in stories on the fly based on audience feedback.

Marco Pasqua was born on July 4, 1985, weighing only 2 pounds 10 ounces and was 3 months premature; he would later be diagnosed with Cerebral Palsy.

When he was only 10 years old, Marco was invited to be the ambassador/host of the Timmy’s Christmas Telethon with local radio legend Red Robinson. This was his first opportunity to speak in front of a large audience; it was then that he realized the impact that words can have but he had no idea that this would later turn into his career.

He went in pursuit of a career in technology and after graduating from the Art Institute of Vancouver, he spent 5 years in the video game industry. During the recession of 2010, he lost his job, which turned out to be the biggest blessing in disguise. Marco decided it was time to use his voice to make a positive impact on the world, so he built his own brand as a professional speaker and entrepreneur.

Throughout his life, Marco has been involved with a number of organizations as a spokesperson, helping to spread advocacy for persons with disabilities across Canada.

As an entrepreneur, Marco has remained focused on social impact and has helped to build brands such as Reality Controls, Rick Hansen's online community, "Planat" and Hunky Haulers. Some of his most memorable talks include TEDxStanleyPark, The United Way as an impact speaker and The Duke of Edinburgh Awards. In 2013, he was named “Entrepreneur of the Year” by the Self-Employment and Entrepreneur Development Society and was recognized in 2016 as a “Paul Harris Fellow” by Rotary International. Other nominations include BC Businesses' Top 30 under 30 award, (link hidden)‘s award in Personal Branding and Coast Mental Health’s Courage to Come Back Award in the category of Rehabilitation.

Advocating for universal design and inclusion is among his passions. As an Accessibility and Inclusion Consultant, he has worked with some of BC's biggest change-driven business leaders who are champions for more accessible, inclusive workplaces. It's through these experiences that he is helping to pave the way for all Canadians to have universal access to the programs, services and places that they live, work and play.

Marco believes that success in business should not purely be based on the financial transactions; it is the human interactions that matter most.

Jeff Olson - Author of "The Slight Edge"
Michael Losier - Speaker and Author of "The Law of Attraction"
Rick Hansen - Athlete (The 'Man in Motion') and Author
Red Robinson - TV and Radio Personality (famous for being one of the first people to interview both The Beatles and Elvis in Canada)
Dr. Michio Kaku - American theoretical physicist, major proponent of Quantum Physics and Theroy
Tony Robbins - Word Renowned Author and Speaker