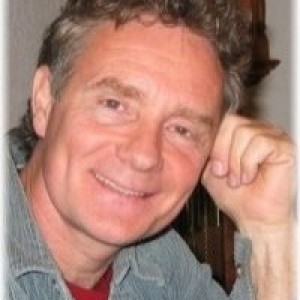 Hello! I'm "MagicBrad". Why magic-brad? Well... My career started as a magician. At the age of 5, I found an interest in MAGIC as a hobby. This evolved into performing at various fairs, festivals and city celebrations, then into corporate events and tradeshows, and then into Event Marketing, Event Planning, and Exposition Management, where I am now.

If you would like to meet for coffee and discuss methods of marketing and promoting your products and services with LIVE events, please feel free to contact me. I am also the creator of TheMagicLounge, which is a mobile Close-Up magic theater here in Minneapolis, Minnesota. Tell'em MagicBrad sent ya!

Be the first to review MagicBrad

I’ve been performing since high school, (Class of 1975) so I gave experience in very many venues and environments.

My performance style is comedic, clean and of course... MAGICAL. My presentations include audience participation and involvement in my CloseUp and in my Stage Shows as well.

I’m ready, willing and able to perform for you and your guests. Let’s Connect!

SEE your party sail into another dimension.
FEEL the energy in the room when it's all over.
HEAR the comments for weeks afterward.

You know house parties. They need a SPARK. When the party ignites, EVERYONE connects. Isn't that the whole point?

ENTER: MagicBrad, King of the “Close-Up” Entertainers.
Everyone gathers around MagicBrad's self contained performance table and the spectacle begins. No curtains, no smoke, no mirrors. If you think you have a grip on reality, hold your horses. With exquisite TASTE AND SENSITIVITY, MagicBrad gets the show on the road. Before you even know what's happened, he pulls the rug out from under reality itself. Ordinary objects appear and disappear in a stunning barrage of JOKES AND ILLUSIONS.

Now you see it, now you don't? Ha! You never saw it in the first place, INCHES in front of your eyes! Kiss yer brains good-by!

As your guests become more and more involved in MagicBrad's vortex of the unreal, they unite and ignite in side-splitting laughter. Oil up those beanie propellers, 'cuz MagicBrad's gonna make ‘em spin!

That's his thing, juicing up home parties. He knows his business and does it well. MagicBrad. A walking, talking FUNNY FARM of over the top HILARITY.

> MagicBrad on On a Comical Note:
"IT'S A JOKE!" -or-
GETTING DOWN TO WHAT REALLY MATTERS, IN A WAY THAT REALLY WORKS!!

"The best 20 minutes of laugh therapy I ever experienced!"
-– Dr. Ruth Westheimer

MagicBrad is one of THE MOST CREATIVE COMIC TALENTS to hit the mike – with his forehead. His over-the-top wacko humor, in the tradition of Red Skelton and Robin Williams, is sought after by television producers, well-known stars, convention and banquet planners across America.

He has been featured at THE COMEDY STORE in LA, THE FUNNYBONE COMEDY CLUBS, and his famous appearance on AMERICA'S FUNNIEST PEOPLE – seen by over 8 MILLION VIEWERS! He has written material for BOB NEWHART and consulted on productions by HARRY BLACKSTONE, JR. and SIEGFRIED & ROY IN LAS VEGAS.

Why such a demand? Because laughter sells. And MagicBrad KNOWS HOW TO DO IT. When your message plows into the audience in the form of laughter, PEOPLE REMEMBER. After a hard day of sessions and sales meetings, you need something for the soul. And what better boost than a good slug of yuks? Whatever tensions and pressures may be there, won't be there after MagicBrad gets a go at your wig. (ALWAYS – needless to say – within the limits of GOOD TASTE and intelligent social standards.)

He's a wild and crazy guy – BUT CRAZY LIKE A FOX. While you're laughing yourself silly, a skilled mind is at work. Behind the comic persona MagicBrad TALKS THE LANGUAGE OF TODAY'S BUSINESS. In fact, MagicBrad – IS today's business.

MagicBrad is part of America's hot new generation of business and product promoters. He acquired his street smarts the old-fashioned way through first hand experience. Solving problems that stop others cold. Turning small into big. Big into bigger.

In sales and marketing, MagicBrad works both sides of the fence. He is a highly sought after booth performer and a spokesperson with his dazzling style of humor and special effects. MagicBrad consults for exhibitors, manufacturers and sales teams. His projects include the Honeywell "Mission Possible" sales meeting, special effects for the Colonnade "Bacchus Sculpture" by Trammell Crow Company, technical assistant for the Target Greatland Grand Opening "Casper" presentation, technician for the "Floating Pearl" effect for AVEDA, speaker and demonstrator in the "401K Educational Video for Bankers Systems, presenter for the "Wanted Dead or Alive" promotion for St. Paul Pioneer Press, and regional spokesperson for the corporate name change of Citicorp Mortgage.

He fully intends to continue his winning streak and help his clients to thrive in the challenging new business environments of tomorrow.

Trade shows are the perfect place for a company to reach a targeted segment of decision makers. No other form of direct marketing allows for the personal handshake and introduction to a new prospective client. But, in order to reach that elusive new customer, the exhibitor must stop the traffic passing by the booth, quickly explain the features and benefits of their product and qualify the lead for a sales call or follow-up.

With hundreds of exhibitors at a trade show, how is your company going to stand out from the competition? How are you going to reach the maximum number of prospects, educate them, and leave them with a lasting, positive impression?

MagicBrad will maximize your visibility. In 1990, MagicBrad started his trade show magic career. His goal is to stop traffic, then explain the features and benefits of your company and its products by using the visual impact of magic within the presentation.

MagicBrad’s Trade Show Magic is a turn-key method for an exhibitor to become the most remembered company on the trade show floor. The response to MagicBrad’s “Info-tainment” is phenomenal! MagicBrad's popularity in the corporate marketplace is growing, and his availability is shrinking.

The exhibitor should acknowledge that not all performers are the same. The trade show environment is vastly different than that of a night club or company party, and not all performers understand that. To become a good trade show “Info-tainer” one must be proficient in sales, marketing and delivering a message. MagicBrad knows trade shows.

MagicBrad is your single source, for a top quality trade show presentation skilled in the art of stopping traffic in the aisles and incorporating your sales message into an entertaining and informative "live" demonstration. Your message will be carefully woven into an entertaining script allowing you to maximize the visibility of your exhibit on the trade show floor.

Technical requirements for MagicBrad are basic. Lighting should be sufficient for the best visibility. Sound amplification is suggested for larger groups. For larger stage presentations, a small riser or platform is suggested.