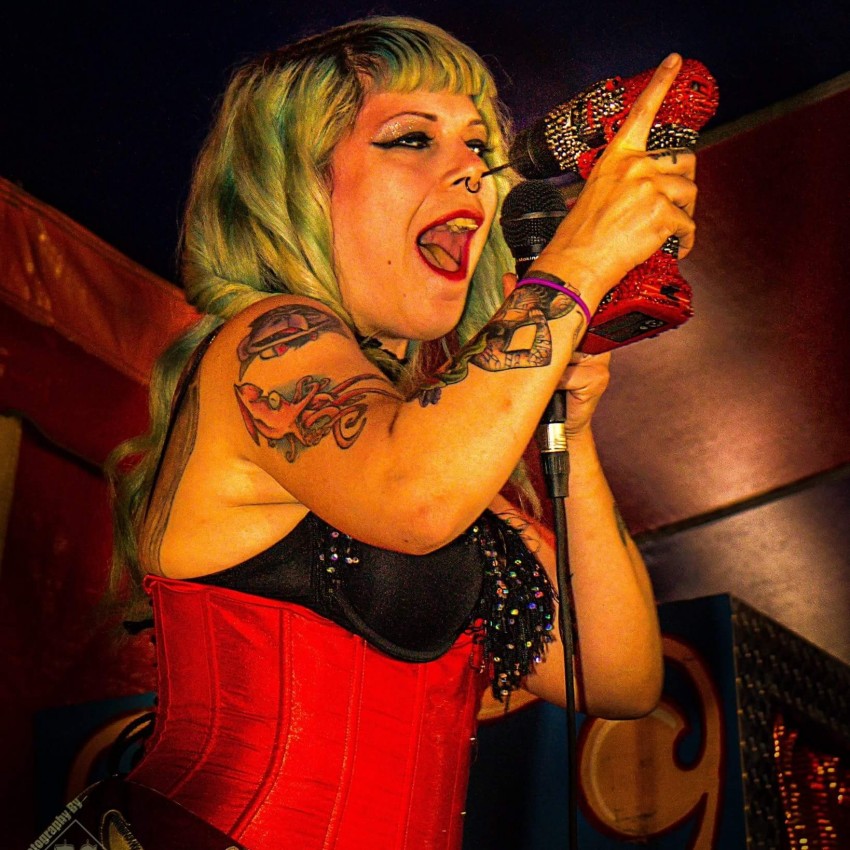 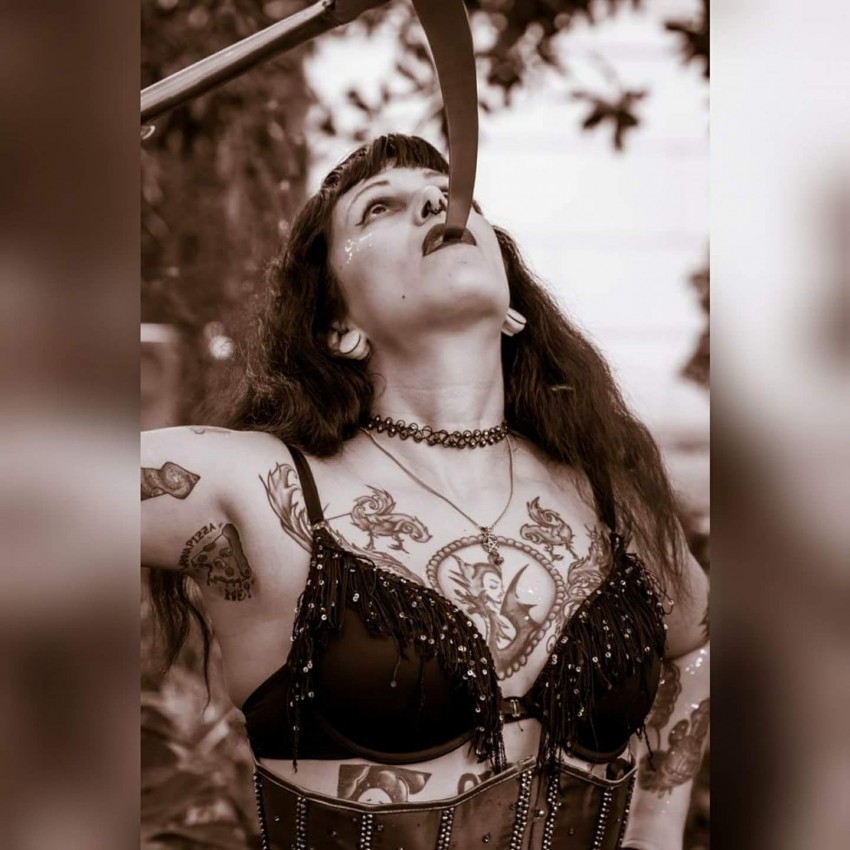 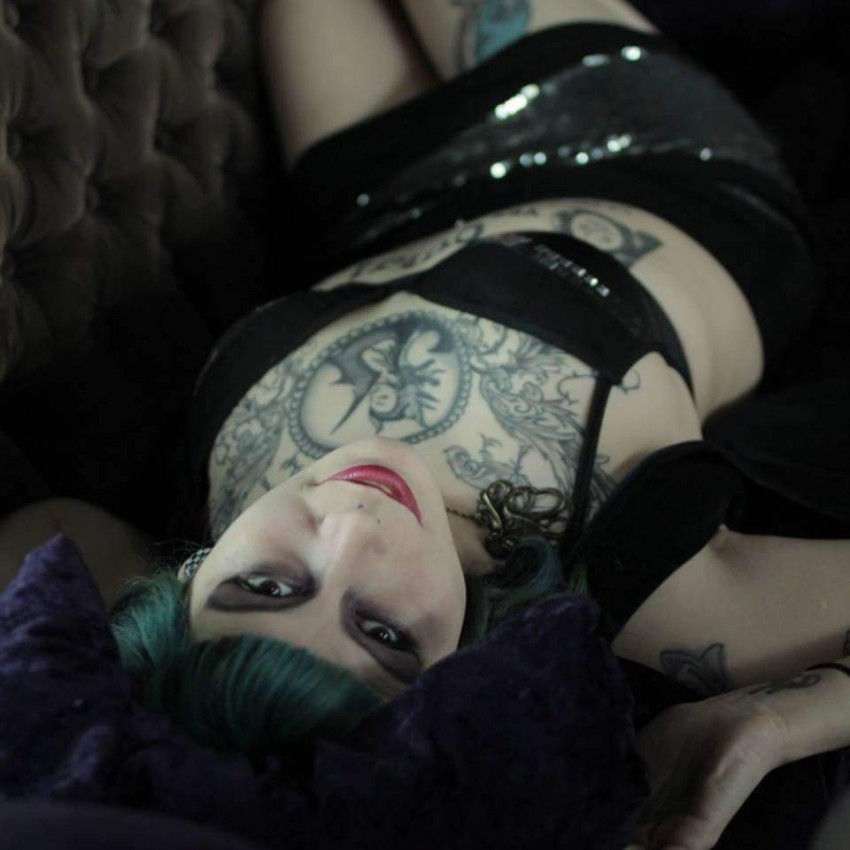 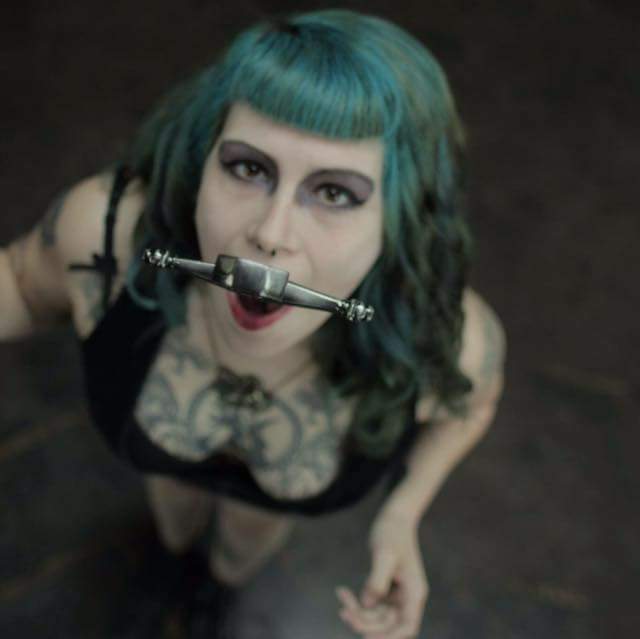 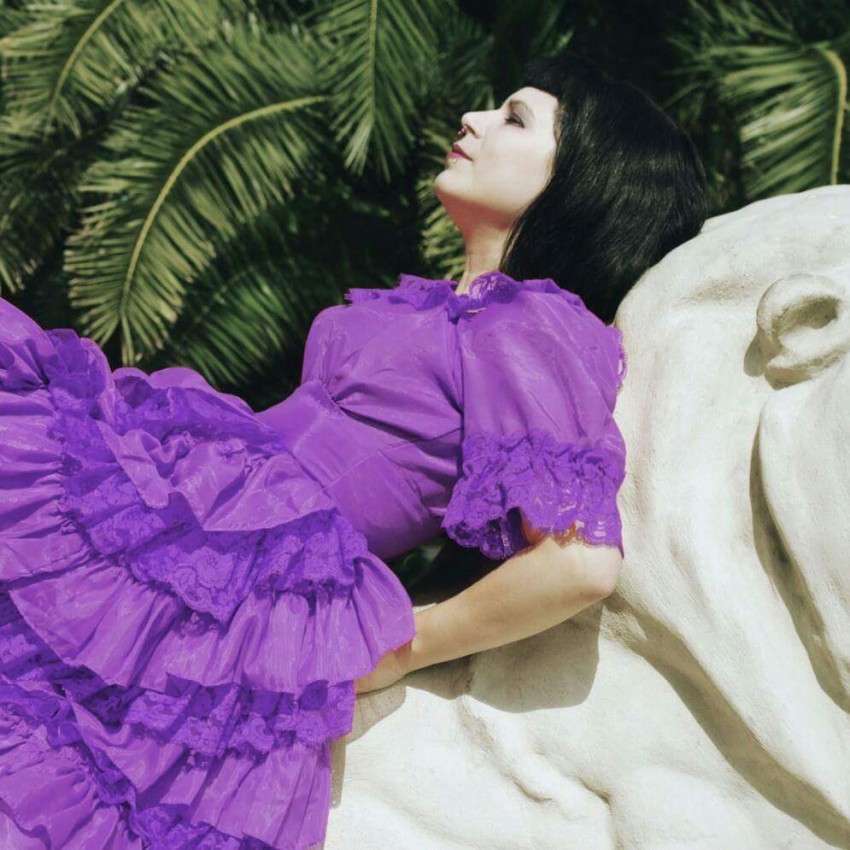 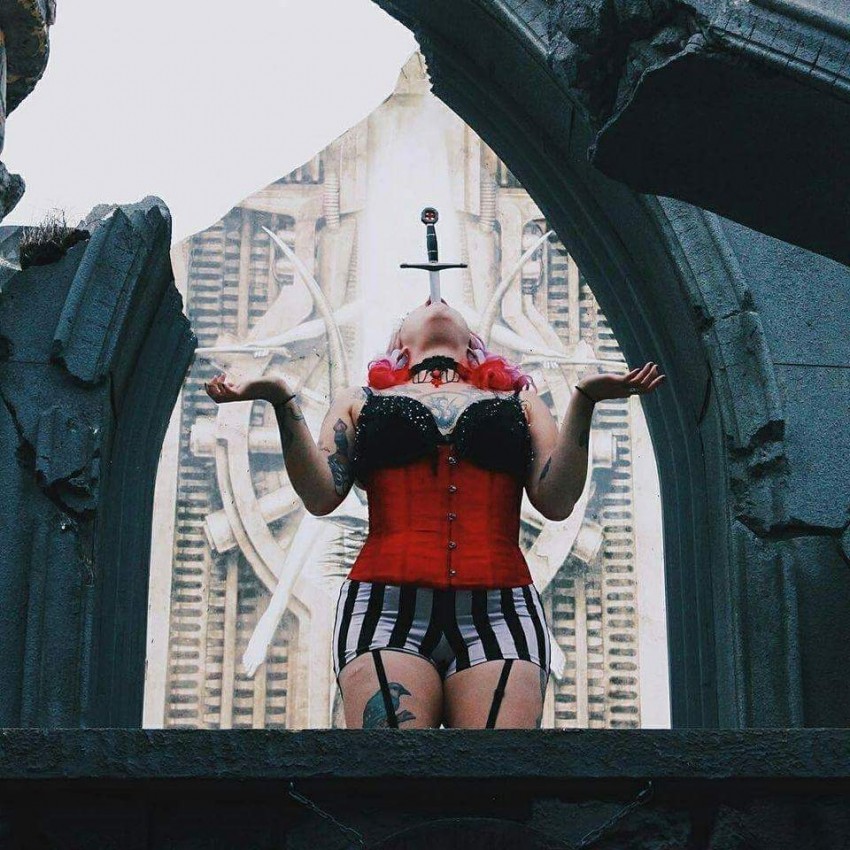 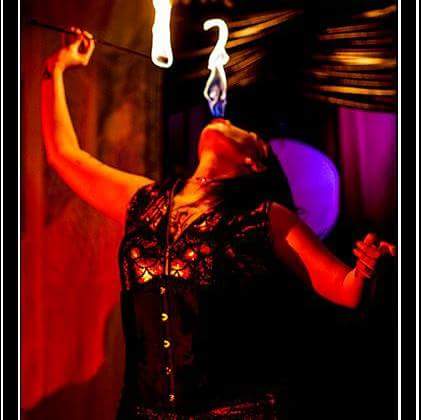 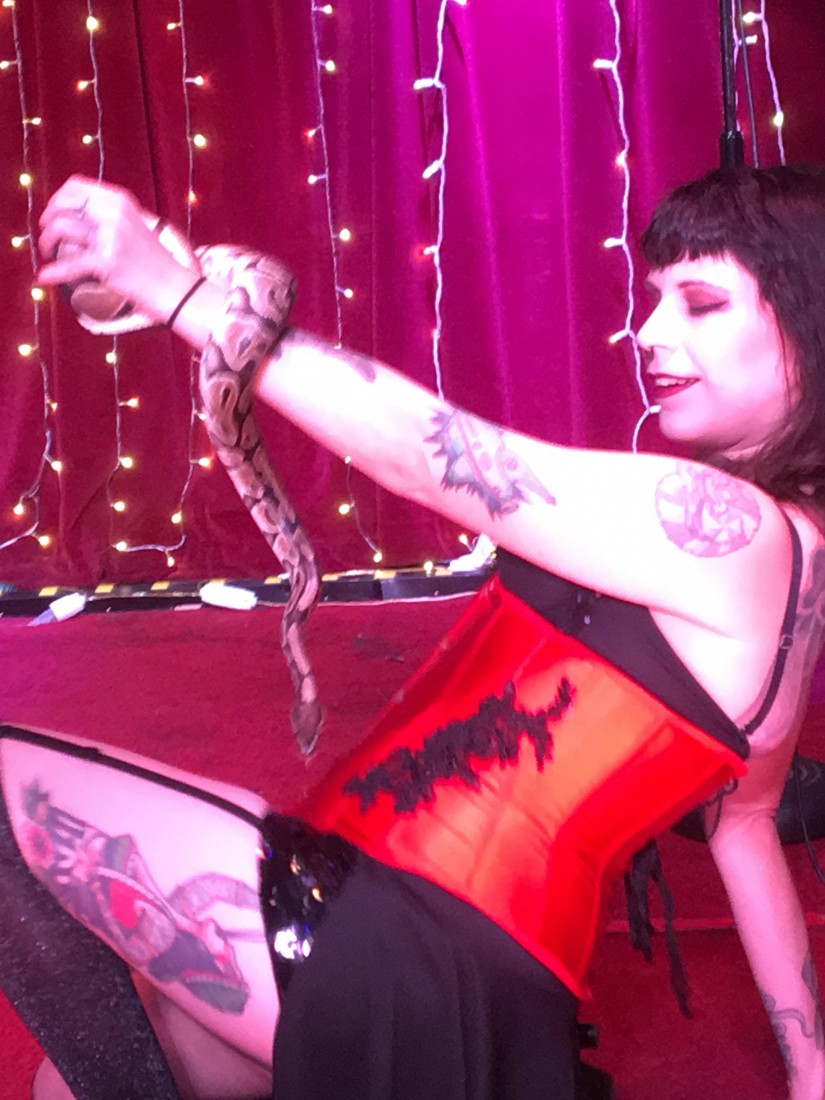 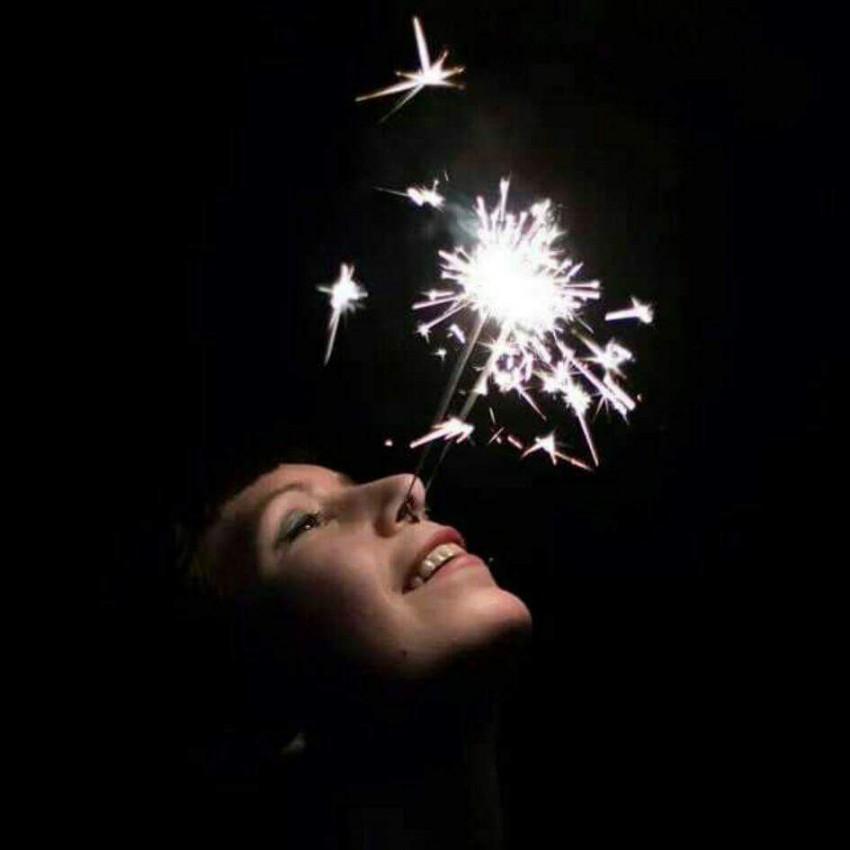 Classic circus sideshow working acts with comedic twists, such as the human blockhead, walking on broken glass, laying on a bed of nails, turning my body into a human crazy straw, managing through extreme pain being trapped in antique animal traps, and sword swallowing!

Be the first to review Lydia Treats

An audience can expect comedy, shock and awe, amazement, and excitement. I often include audience members for participation and it adds to the energy and experience.

The Bite Sized Damsel of Dangerous Danger, Lydia Treats is no stranger to the stage, despite
how strange her acts may be. A New Orleans native, and recent transplant to Atlanta, she
graduated from NOCCA (New Orleans Center for Creative Arts) in Drama and has run with
performance art to this day. An accomplished sword swallower, she is a member of SSAI
(Sword Swallowers Association International) and is one of less than three dozen female sword
swallowers world wide. You can catch Lydia performing in many several nationally renown
productions, such as the Snake Oil Festival, and local faves such as The Fandom Nerdlesque,
Sadie Hawkins’ Electric Glitterland, The Imperial Opa Circus, The Roxie Roz Burlesque Show,
and Speakeasy Electro Swing Atlanta. She found herself a nationally known variety performer
thanks to being cast and crew for the World of Wonders 2016 season. World of Wonders is the
longest running true ten in one sideshows traveling North America. In the off season, she enjoys
rehearsing new acts, spending time with family, working as a healthcare professional, and of
course looking forward to hitting the road again.

I will provide my own props and equipment. At most I may ask for some water for a bucket.