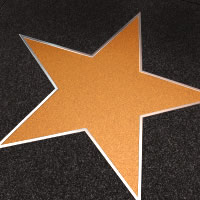 My main asset is my deep and resonant bass voice. People constantly comment on the remarkable quality and clarity of my speech, often asking if I'm a radio announcer. As a classically trained semi-pro church singer, I know how to "project," both verbally and in song; I have no trouble being heard in large spaces, miked or not. I speak with ultra-precise, yet natural-sounding enunciation. A seasoned public speaker, I've been selected to emcee public events of many kinds. As an ex-career Army officer, I hosted many military events and ceremonies, and was a Pentagon "talking dog," picked to brief top national policymakers. Also a widely published author, I also write hard-hitting scripts.

Be the first to review Lindsay Koob

I am an allegedly "retired" ex-US Army officer (final rank of Major) and retail music professional, with an undergrad (The Citadel) degree in Modern Languages (mainly German) and an MS degree (Campbell University) in International Government. My main military specialty was intelligence and foreign affairs; the peak of my Army career was as a top-level DIA analyst at the Pentagon, responsible for researching and developing studies in international military/political affairs and briefing them to major policymakers, to include congressmen and federal cabinet officials. The extraordinary qualities of both my stage presence and speaking voice led to repeated opportunities to emcee important military events and ceremonies, as well as to deliver crucial briefings (often in German) to foreign officials.

In my youth, I trained both as a pianist and operatic singer in places like Vienna and Munich, with strong interests in classical music of all kinds. After my departure from the military, I made my way as a retail music professional -- where my public speaking skills were repeatedly called upon for hosting concerts as well as assorted promotional events. Upon returning to my hometown of Charleston, SC, I became further established as a classical music critic and journalist (google my name sometime) -- as well as a semi-professional church singer in and around Charleston. I now enjoy an international reputation as a classical journalist and editor, with a steady stream of publications in magazines like American Record Guide; other major clients include Carnegie Hall, several major symphony orchestras, and Delos: the distinguished American CD label. My duties for Delos -- due to my speaking abilities -- include planning and conducting podcast interviews with distinguished recording artists for the Delos website.

I remain a committed and constantly busy classical music journalist and musician. However, event planners -- provided sufficient advance notice is given -- can expect thoroughly prepared and highly professional scriptwriting, editing, and/or public speaking services from me; also highly impressive, hard-hitting vocal acting and documentary narration. As one former military supervisor wrote, "Major Koob both writes and speaks with clarity, precision and impact."