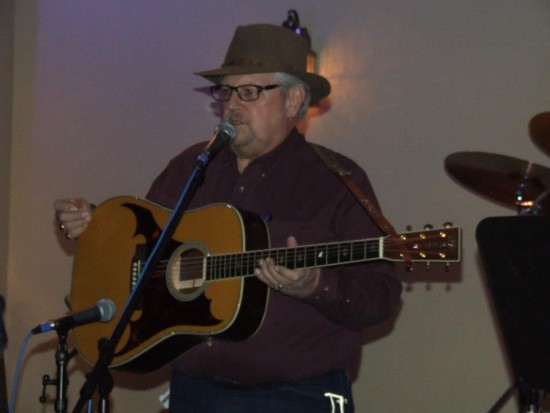 Be the first to review Lee C Muller

I am dedicated to presenting audiences with a highly professional level of entertainment and sound. I tailor my shows to fit the audiences and ensure an enjoyable performance for everyone.

I am a solo musician (singer/guitarist) who performs a variety of different styles of music, i.e. country, bluegrass, americana, original material, and many other genres including nostalgia. I have performed with many top named performers across the Midwest. I started performing in the Little Theater playing before audiences for Sunday evening live radio programs on KUNM FM Radio at the University of New Mexico while attending college in Albuquerque in 1969. Since then I have been from California to New York and Texas to South Dakota. I have also opened for performances by Williams & Ree (The Indian & the White Guy), John Hartford, John Prine, Townes Van Zandt and John McKuen. I have accompanied performers such as Bobby Bare, Rex Allen, Jr., Roy Clark, and Buck Trent. When performing with bands, we opened for John Anderson, Ricky Skaggs, The Girls Next Door, Bonnie Nelson, The Shotgun Red Band, Exile, The Association, and the Bellamy Brothers, just to name a few. I have enjoyed long tenures with regionally successful bands such as Kansas City Southern, Detour, US 54, and Flyin' Blynd. I am dedicated to presenting audiences with a highly professional level of entertainment and sound. I tailor my shows to fit the audiences and ensure an enjoyable performance for everyone. Although I have hung my hat several places across the US, I still call the Flint Hills of KIansas my home. I have completed 4 recording projects, and am working on a couple new solo recording projects of gospel and original material to be completed soon. I also perform with Terry Smith of Nashville, and other Bluegrass and Country Bands across the Great Plains region.

I am able to provide my own sound system and lights.

My set list will vary with each performance. My repertoire is extensive covering many different areas and eras of musical genres.