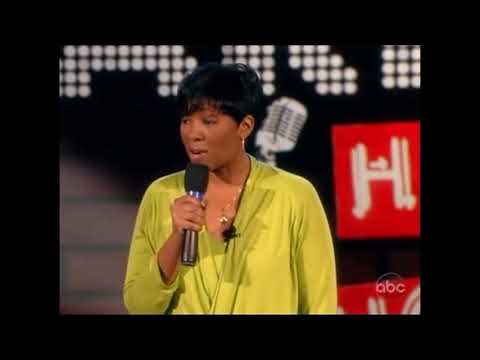 LaTice on The View 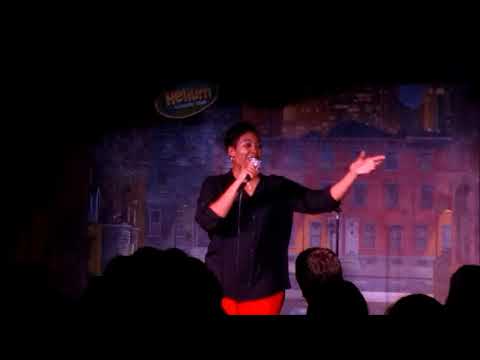 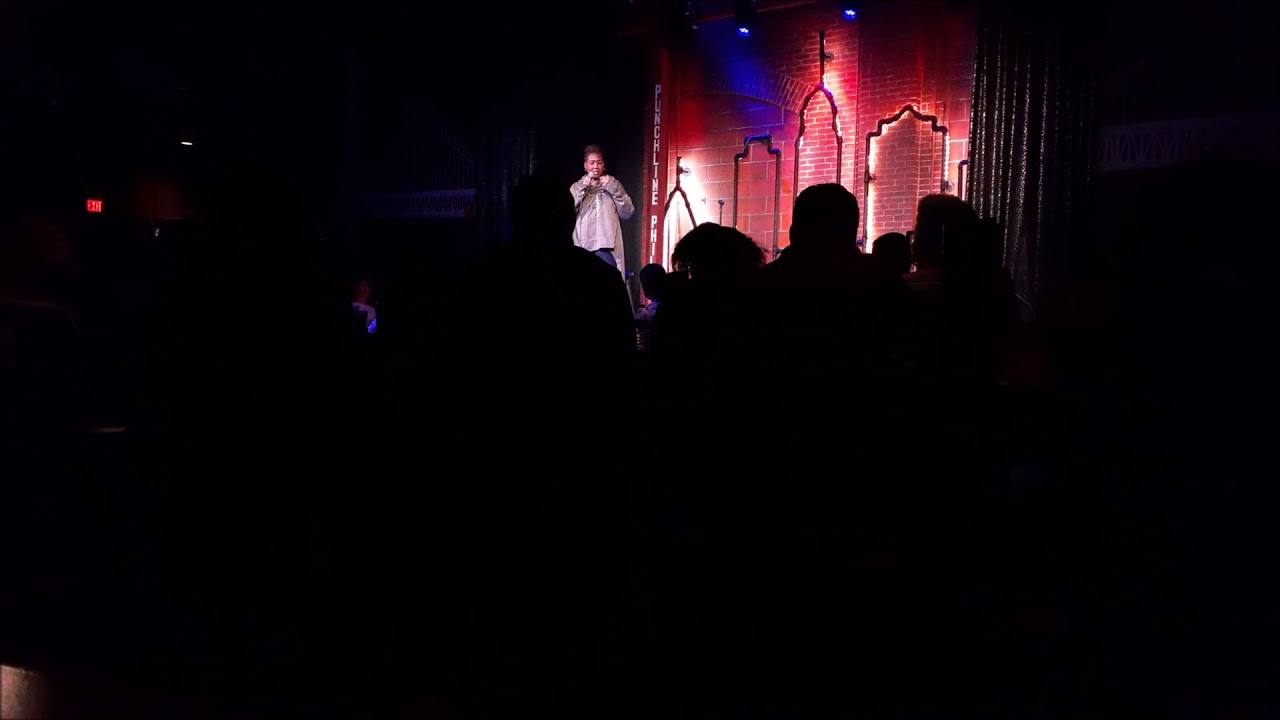 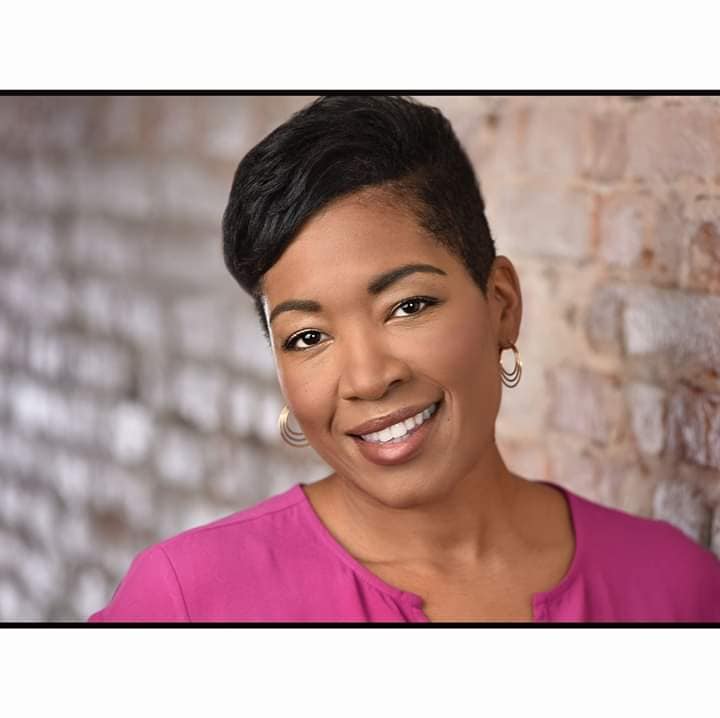 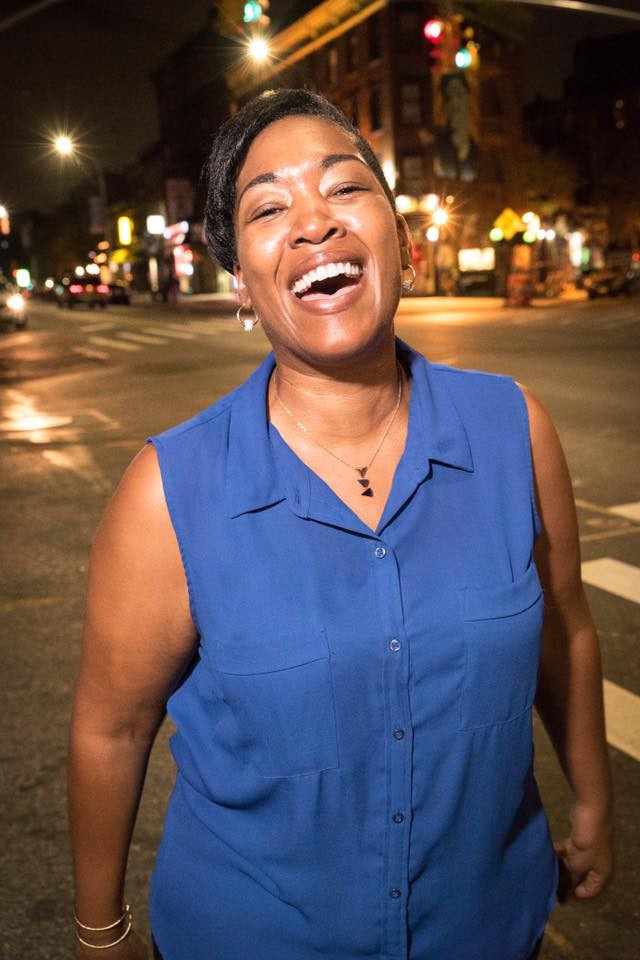 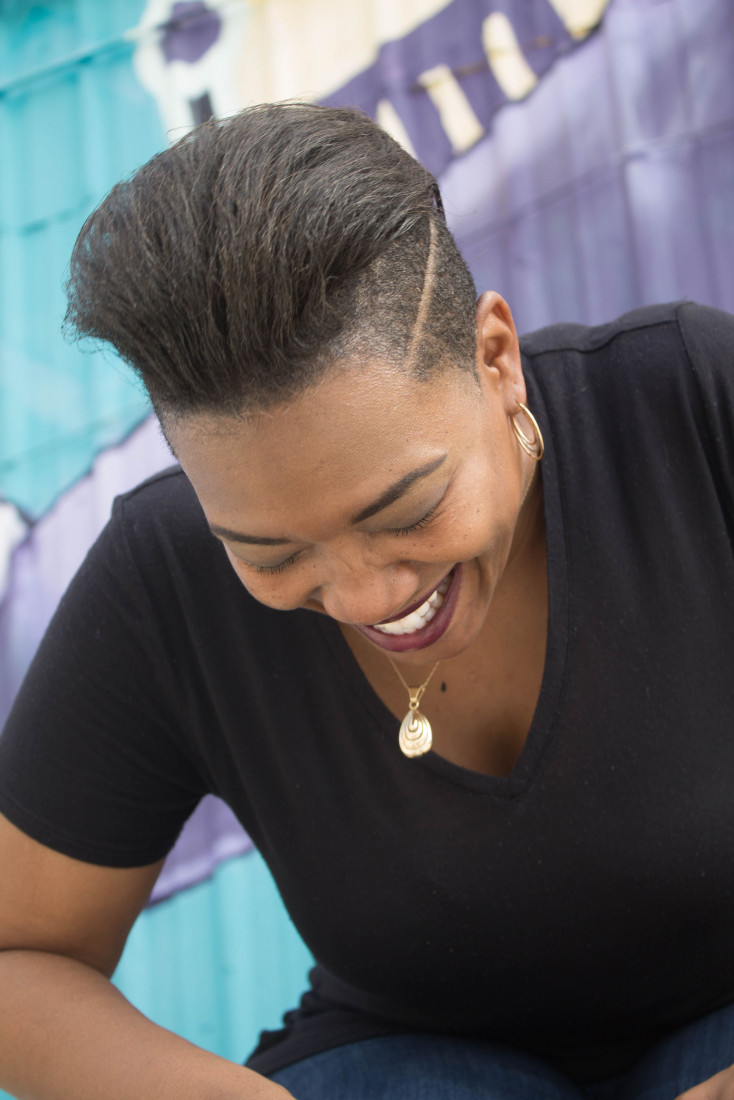 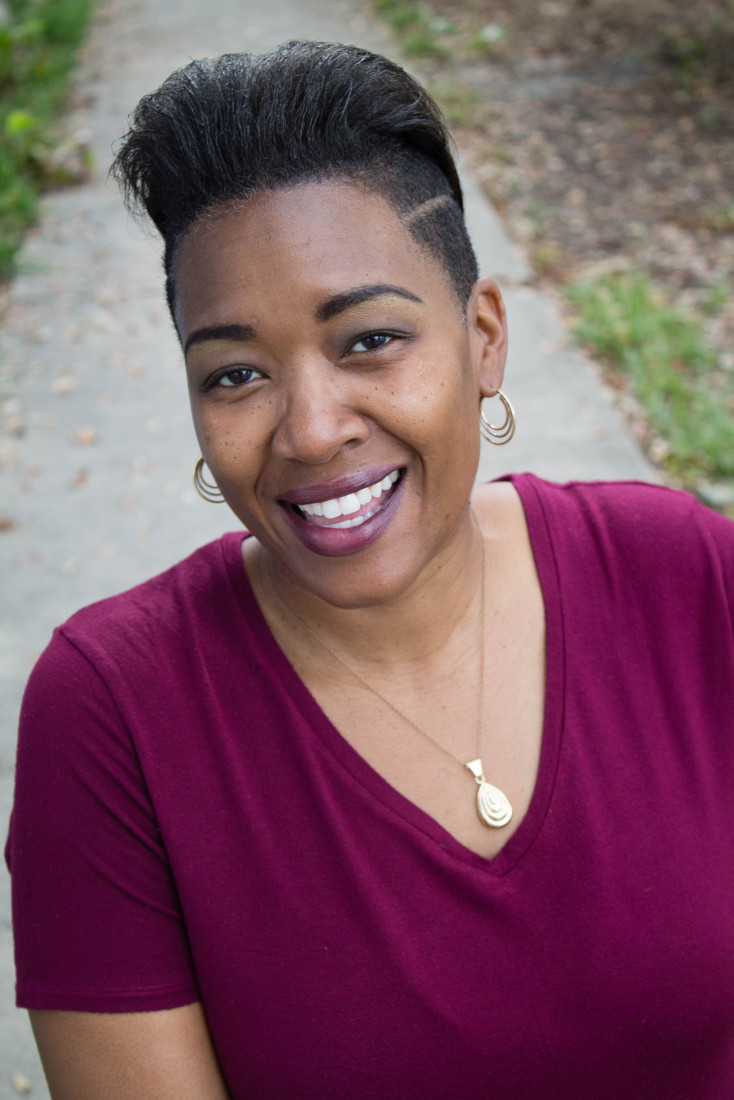 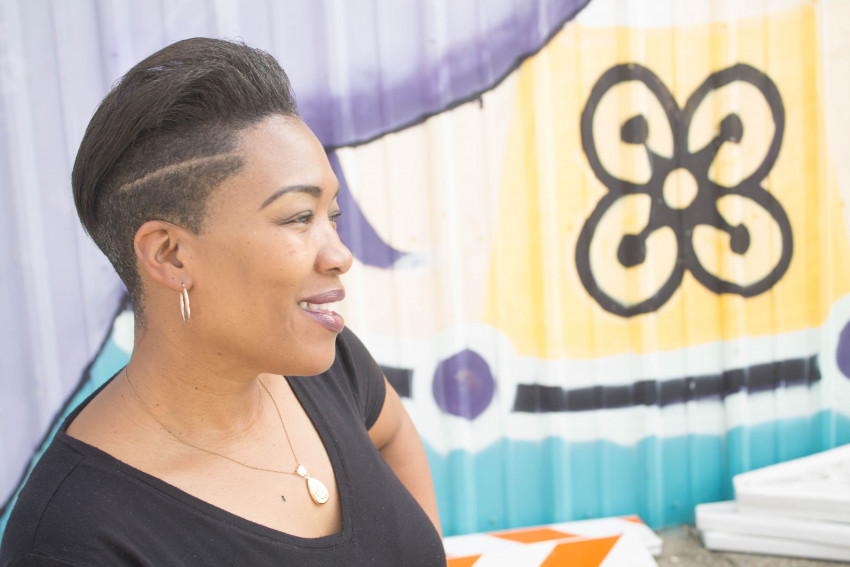 LaTice has been entertaining audiences with her witty, sarcastic, conversational style, funny comedy for over 10yrs now. She's the LIFE of any party and once LaTice hits the stage she captivates her audience. She's a regularly booked comedian at Helium Comedy Club in Philadelphia, Punch Line Philly, Philly Comedy Club and AC Comedy Club. Born and raised in the suburbs of New Jersey, she's taken her interracial married life, motherhood and love for shenanigans to every city she performs in. She's been seen on ABC's The View for Hilarious Housewives, a featured comedian in the DC Comedy Festival, Women In Comedy Festival in Boston.

We hired Latice to celebrate a 30th birthday party and she was great. We would definitely recommend her! Thanks Latice!

Alexis, thank you so much for your rave review. I appreciate it greatly and I had so much fun entertaining your friends and family.
Sincerely,
LaTice

Latice was very personable.. professional. and very entertaining...I enjoyed her performance.. my guests enjoyed her presence and performance..I was absolutely satisfied and would recommend her services.. I thank her so much for making my event memorable...

Reeta! Thank you so much for your review! I had an absolute blast with your ladies night event! I'm so happy everyone had a great time!

LaTice is a wonderful comedian!! She was able to watch the crowd and pull from the happenings at the time to create a personally hilarious moment for my ladies night event!!! She was just like one of the girls and I really appreciated that.

I will definitely hire her for future events and refer her to friends and family.

Thank youuuuuuu!! You and your friends were absolutely amazing!! Look forward to seeing you all again!!

LaTice is brilliant in her delivery of her comedy. She did an excellent job, love her.

Wow!! Thank you so much Tracey!! I'm so happy I could be a part of your special night! You, your family and friends were absolutely beautiful.
Sincerely,
LaTice

A night of LAUGHS is guaranteed with LaTice! She's personable, and hilariously witty. LaTice can make any subject funny and you will not be disappointed, unless you're not able to take a joke about failed marriages and why children need to be spanked sometimes. LOL!

LaTice (La`Teese)
LaTice was born and raised in the white suburbs of South Jersey and has turned that into comedy. Her conversational style makes you feel like you’re in her living room laughing about interracial marriage, being a parent, and her day-to-day encounters. LaTice will pull you right into her world the minute she steps on stage, with her zest for life and positive energy. She has crowds laughing out loud until she says goodnight.
LaTice can be seen on FUNNY or DIE for a hilarious comedy short called "FOR STARTERS" and featured in (link hidden) for hilarious sketches.
LaTice appeared on ABC's The View for their "Hilarious Housewives" how funny are you? She was chosen to perform in NYC's SHE DEVIL comedy festival. She's performed in Las Vegas to compete in the World Series of Comedy twice as one of the TOP 101 comedians in the country. She was accepted into the Black Comedy Festival in Portland Oregon, the Oak City Comedy Festival in Raleigh North Carolina and will be going to the Comics Rock Convention as a featured comedian in L.A. LaTice has been seen on the Dr. Oz show and the Betheny Show, Comedy Time TV and Laffin' Matterz TV show in NYC.
She has opened for some of comedy’s top headliners including Sasheer Zamata, Tony Rock, Jessica Kirson, and Buddy Fitzpatrick, just to name a few.
LaTice most recently opened for Bob Saget for “Full House at the J/Bob Saget Uncensored” in Cherry Hill, NJ. Has hosted at Soul Comedy for TuRae at Warmdaddy’s for their International Women’s Month show, Punch Line Philly’s Comedy All-Stars and their “Funny Comedians Who Happen to be Women” showcases.
LaTice performed at the DC Comedy Festival, Women In Comedy Festival, Black Girl Giggles Comedy Festival, and she’ll be a featured comedian for the Memphis Urban Laughs Comedy Festival in October of 2019.
LaTice has performed in comedy clubs all along the East Coast and is making her way out west. Places such as, Punch Line Philly, Helium Comedy Club PHL, Sarcasm Comedy Club, Catch a Rising Star, Broadway Comedy Club, New York Comedy Club, Poconuts Comedy Club, Helium Comedy Club, Laff House, Goodnights Comedy Club, Stand Up New York, Gotham Comedy Club, Chuckles Comedy Club, Raven Lounge, The Adrienne Theatre, The Shubin Theatre, The Lebanon Country Club, Sandi Pointe Coastal Bistro, The Comedy Stop, Looney Bin, Comedy Cabaret, The Laughing Devil, LOL Comedy Club, Bogey's Country Club, L'etage, Walnut St Theatre, The Candlelight Theatre, Arts Garage, CB's Comedy Club, Greenwich Village Comedy Club.

LaTice has her own sound system, microphone and mic stand. As long as you have the lights, the show will always go on! 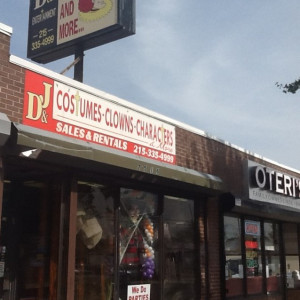 D and J Entertainment and Characters

Jessica H. said “Giggles the clown was great. The face painting was awesome and the balloons were good too. My daughter was happy. This is the first clown she wasn’t scared…” 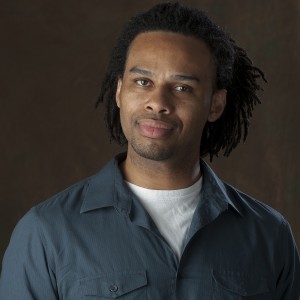 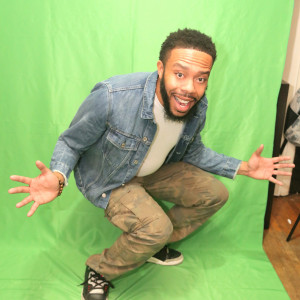 Marlene W. said “Chris was funny, clean and truthful in his performance. His mannerism play a big part in his entertainment. Also, he was dress very neatly! We will have…” 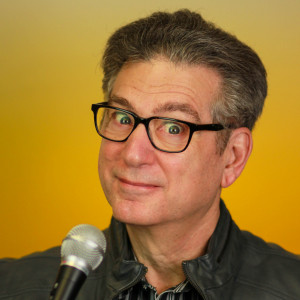