Back to Klezmer Bands 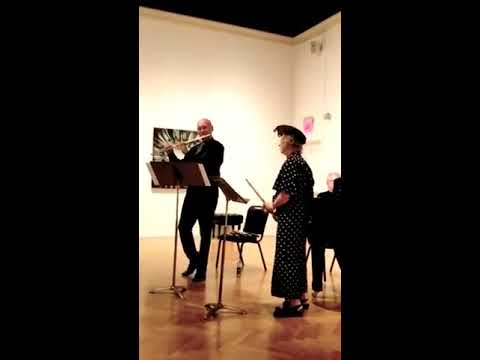 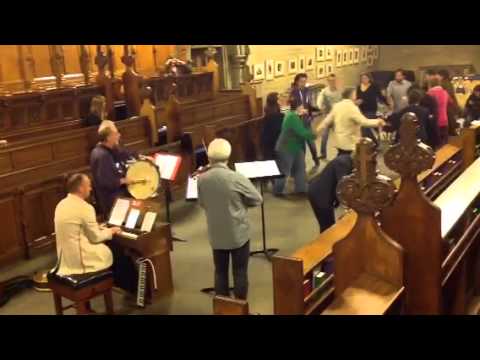 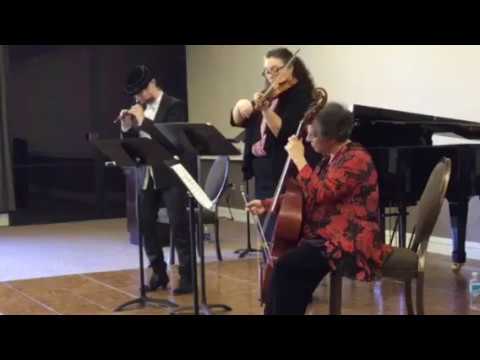 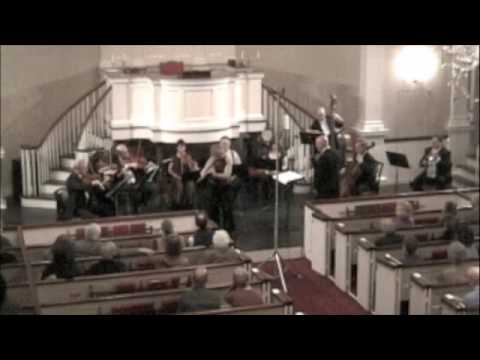 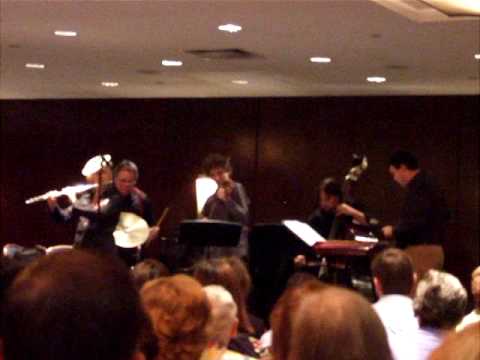 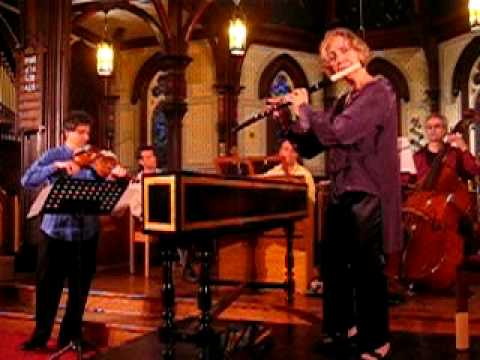 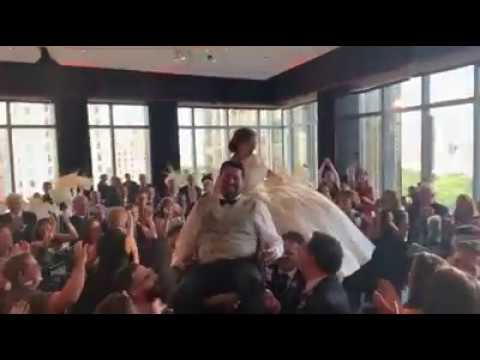 Wedding Hora with The Klezical Tradition!! We play in the circle WITH YOU! 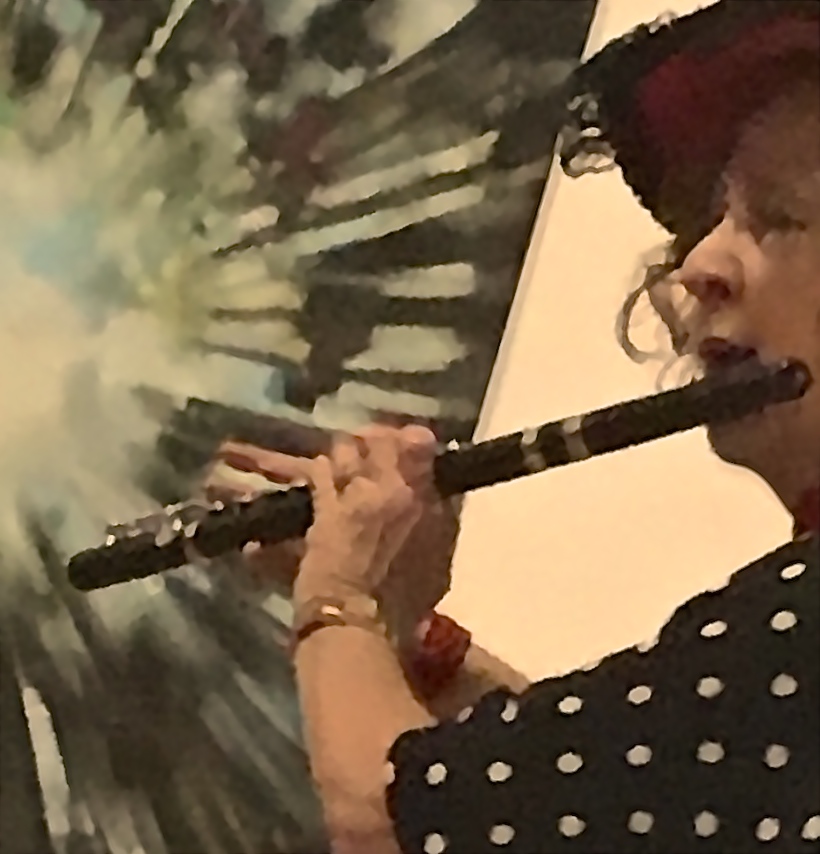 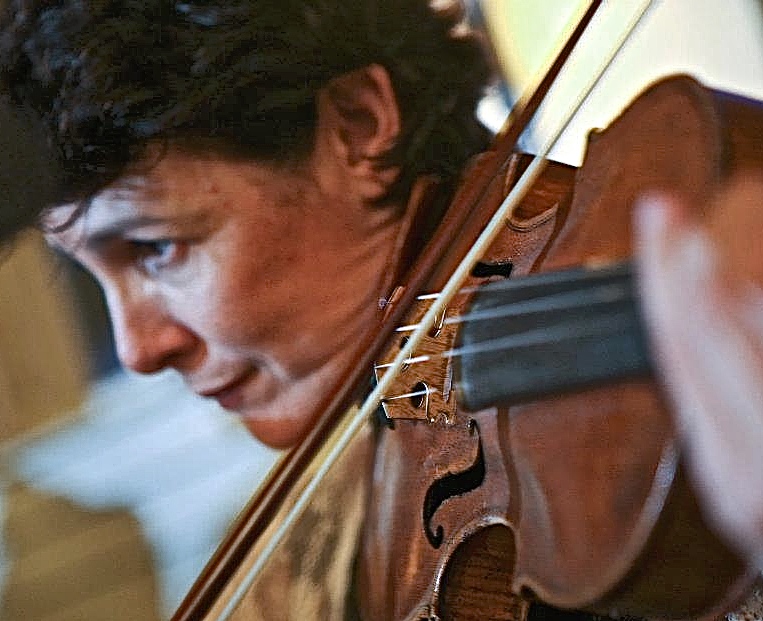 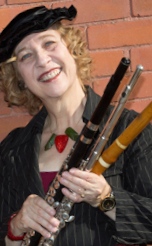 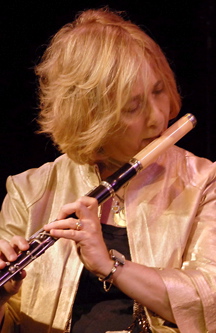 The Klezical Tradition is an all-inclusive Klezmer, jazz, + classica. Our Solo Flute is our unique featured highlight, as warm and sweet as violin. All celebrations - weddings, concerts, Bar/Bat Mitzvah, anniversary and birthday parties - and we enjoy it! We are conservatory graduates, symphony musicians, historical instrument performers - flute and string trio a popular request. We perform with a traditional sound yet full of high entertainment, never too loud. Solo or duo Strolling! + offer to compose an instrumental piece just for you. We also lead Jewish dances and play games at Bar/Bat mitzvot. We will play WITH your DJ! We now ALSO have our own DJ that can be with us!

Perfect People for the Job!

We needed to cheer up my mother and give her some New memories to talk about and cherish on her 95th birthday. She did not want to go anywhere, so we brought the party to her. Adrianne and Roma (sp?) on violin, flute, accordion and piano were the perfect choice. Not only did their musical chops meet their knowledge of the Central European music my mother loves, their genuine charm and love for their music and audience was evident from the moment they entered our house. They left a spell!

The Klezical Tradition Klezmer Band is available for weddings, bar/bat mitzvahs, and celebrations of any kind in various configurations, from strolling musicians for your cocktail hour to a full 7-piece ensemble for that memorable reception. Klezmer is our specialty, with classical, Irish, and swing standards also available.

Whether at your celebration or a concert, The Klezical Tradition's Eastern European klezmer music as well as classical selections evoke a history while filled with high spirits and historical authenticity that distinguish this vibrant ensemble's performances in concert halls, at college campuses, world music festivals, synagogues, and schools. For your wedding or Bar/Bat Mitzvah we will evoke a feeling of our past while you celebrate your future, bringing together our histories with entertaining song and dance. For classical music lovers, we invite you to consider us for ceremonies, cocktail hours, house concerts or small concert halls. At your simcha, Adrianne will lead everyone in old-time dances that all can enjoy, children and adults together!

Our concerts and workshops will take you to an old-time wedding, you'll dance in the aisles, you'll weep, you'll laugh. A memorable experience of a lifetime for all ages!

Adrianne Greenbaum, director:
Flutist Adrianne Greenbaum’s career as an early music specialist, orchestral and chamber musician, teacher,/professor/mentor, published composer and arranger and the foremost perveyer and revivalist of the klezmer flute tradition, spans nearly five decades. As founder of her traditional klezmer ensemble “FleytMuzik” and the “Uhrovska Baroque Trio” she has toured across the US and in Europe, most recently enjoying a seven concert tour of Scotland, as featured artist in the Newport Music Festival and as resident artist at Cornell University. In addition to many universities and colleges throughout the US, she has performed and given master classes in Dusseldorf, Paris, Vienna, and Krakow. Her albums "FleytMuzik" and "Family Portrait" have won awards and acclaim for her entertaining and historically informed performances, the most recent being the release of her record “Farewell to the Homeland: Poyln with an accompanying documentary film titled “The Miracle of the Music”.

Having taught previously at Yale and Wesleyan Universities, she holds the flute professorship at Music at Mount Holyoke College. Enjoying summer teaching as well, she welcomes students to her own “Young Artists Music Camp” and teaches adults at the New Horizons and NEMC Adult music camps. Coming this Spring, 2018, Adrianne will be amongst eight women in the US being honored in Philadelphia as a participant in a Pew Folklore grant focusing on select women in composition and klezmer. As a folk artist who has been called a “National Treasure” in the press, she is equally involved in traditional music of the world and a regular on the artist faculty of Boxwood’s Festival in Lunenburg, Nova Scotia.

Greenbaum’s longtime career as Principal Flutist of the New Haven Symphony and Orchestra New England afforded many opportunities to solo with orchestra and perform the rich orchestral repertoire, including her premier of the London Concerto for flute and strings by Andre Rubstov and her own Klezmer Concerto with full orchestra. As well, she is a founding member of the Wall Street Chamber Players, an ensemble that has worked and performed together for three decades, devoted to presenting salon concerts. Greenbaum can be heard on her award-winning FleytMuzik and Klezical Tradition klezmer albums, her classical record “Sounds of America” and as well on Koch International and Columbia Masterworks.

The Klezical Tradition performs its vast repertoire of song and dance tunes throughout the Northeast -- traveling to Philadelphia, New York City, Long Island, Connecticut, New Jersey, Maryland, Massachusetts, and Washington DC. To book the group for your celebration, contact us on GigSalad.

PERFECT! I can't say more! But I will. In a way, deciding on having klezmer music at all, and having a group we had never seen, and having no real schedule or idea of what we wanted or expected sounds, in retrospect, like we just jumped off a cliff. Lucky for us, you knew just how to catch us! Perhaps my favorite remark from the afternoon comes from my niece on my husband's side. In order to understand how funny the remark was, you have to know that my husband, whose last name is Barter, is not Jewish (and neither is his extended family), and in addition, that the Barter clan has NEVER been known to get up on a dance floor for anything - regardless of event, type of music, groups or couples, or anything. They're fun-loving, but not dancers. I couldn't stop laughing when Debra pulled me aside and said, "Who ever knew it would take klezmer music to get the Barters to dance!" Thank you so much!!

You and your band members are not only great musicians but friendly kind souls. Your delightful, upbeat, Jewish music set just the tone I dreamed of for the party. There were two highlights of the party for me. 1) The kids actually liked doing the Mitzvah Project; and 2), the vast majority of the 7th graders came to the dance floor and performed their Pesach seder dance. The latter - which many parents could not believe was happening - was possible only because you went that incredible extra mile to listen to the tape I sent and put something together. For that alone, I can't thank you enough. You are a very special and talented group of people.

I just had to tell you how successful your group's concert was. The 400 people who attended were treated to the best klezmer many of them had ever heard -- according to comments made to me for days after the concert. People were literally dancing in the aisles.

The Klezical Tradition's music for our daughter's Bat Mitzvah was simply breathtakingly perfect! You knew exactly what we wanted, what everyone wanted, and we were all mesmerized. We were able to enjoy and yet talk. The dancing was so much fun for all of us AND the kids really enjoyed their special games with Jewish music, no less!

The Klezical Tradition's music for our concert series was by far -- and continues to be every year -- the best entertainment for our audiences. We must provide concerts that reach a wide range of ages and cultures and, evidenced by the largest crowd we've ever had (over two thousand!), you are providing just that. It's very unusual to be brought back more than a couple of times. I'm asking you to come back again for your fifth summer and hope you will accept.

We really cannot thank you enough for the extraordinary job you did at our wedding. From the music at our ketubah ceremony to the ceremony under the chuppah and on the reception you were absolutely perfect in capturing the spirit of the day. Our guests have not stopped raving about your music. Your talent and obvious joy that you take in celebrating through music contributed to a wedding day beyond our wildest dreams. We wish you all the success you so richly deserve.