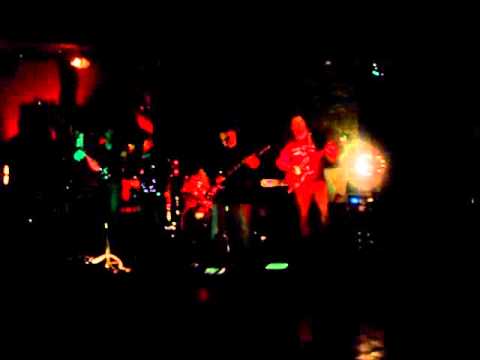 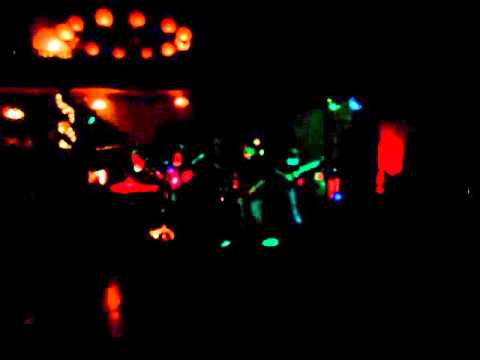 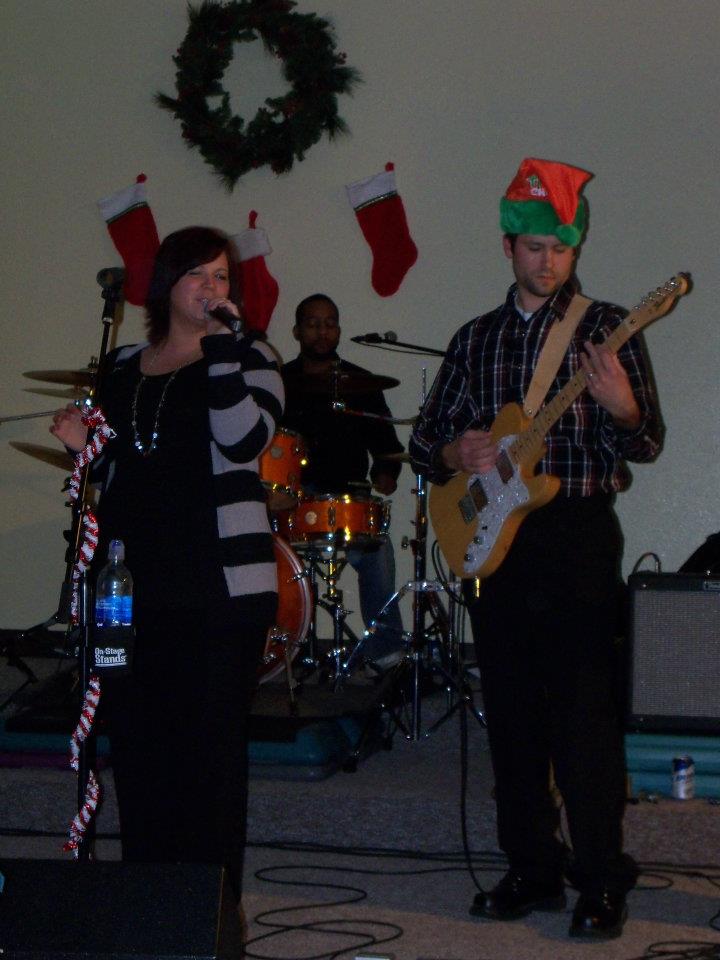 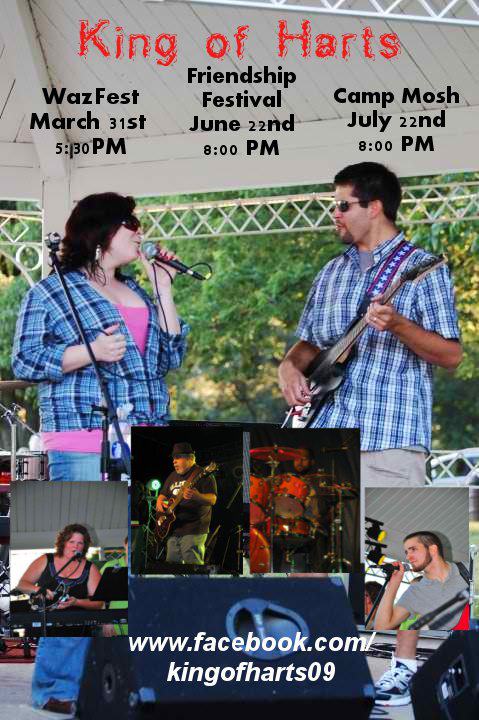 Every now and then a band comes along and refuses to be categorized by genre or era. Instead, they opt for an audience friendly mix of songs old and new and of various styles that gives their audiences what they're wanting....TO BE ENTERTAINED!

Enter King Of Harts. An all kins group of five talented musicians, with varying backgrounds, who have found a common ground in the creation of their "sound". With keyboardist/singer Carolyn Gall, lead vocalist Brianna Gifford, bassist/singer Steve Gall, drummer/singer Lee Dean, and Ben King on guitar. King Of Harts is the band you want if dancing and partying is what you're after.

Be the first to review King of Harts

Rocking stages since January 2010, King of Harts has taken the local music scene by storm. Comprised of all Hart descendants, the band features a mother, stepfather, daughter, a nephew, and a very close family friend. Playing venues such as The Perry Farm, festivals such as the Bourbonnais Friendship Festival, St Anne Pumpkin Festival, weddings, clubs, many local bars and private events, King of Harts brings you top 40’s Billboard ... hits from the 1940’s to today featuring such artists as: Miranda Lambert, The Doobie Brothers, The Rolling Stones, Rascal Flatts, Pat Benatar, Stevie Ray Vaughn, The Platters, Cheap Trick, The Beatles, Heart, Smokey Robinson, and many more. Consistently adding new tunes to their repertoire, King of Harts enjoys learning new music suggested by fans.

“What makes us so unique is that, first of all we’re all family. Second, we all have such a love for music and are all so open to possibility that the only place for us to go is up.” Lead singer Brianna Gifford feels that their strong family bond and their hearts, both very evident on stage, is what keep the fans coming back for more. “Of course, it doesn't hurt that we’re pretty good at what we do.” Their constant joking nature and laid back demeanor are definitely qualities that add to the “must see band”.

When inquiring about booking please provide type of event, room and stage dimensions, type of building access (stairs or elevator) as well as parking, adequate electrical service connections. For small venues we can provide our own PA sound equipment and tech which will be reflected in our fee unless otherwise requested.

Deja Vou Band has been a true motivation. They have performed covers for many years while we followed them around Chicago. Seeing their diverse talents got us thinking about all the talent our family possessed. Our inspiration was fired by our family's musical background in our upbringing. Their continuous support during the lesson years as well as beginning bands has really paid off. 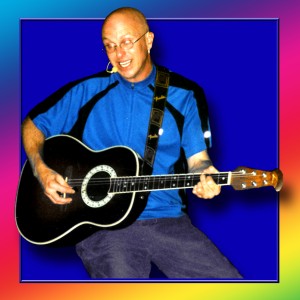 Shannon H. said “Jimmy is a very talented musician and an all around good guy. He was personable and intuitive enough to read the crowd. He even stuck around a little…”

Since 2011 The Stingers have been performing all over Chicagoland and the surrounding areas. While playing for a wide variety of venues and audiences both privately… 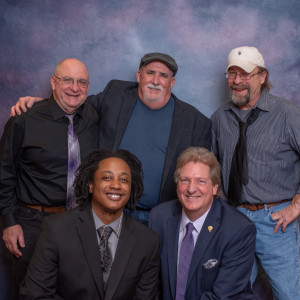 What Next starts as Classic Rock band with a wise variety of songs and styles but is capable of performing “tributes” to several bands such as the Moody Blues,…

Absinthe specializes in danceable HIT SONGS OF THE 80s! We come fully equipped with 80s costumes, wigs, lights, sound, and lots of fun. We provide an all 80s show…