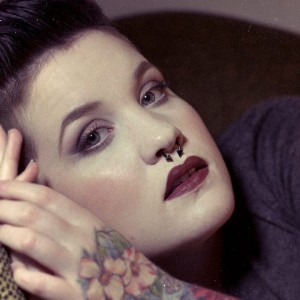 I am a songwriter and/or performer for hire in the Wichita, KS area! I have written songs for marriage proposals, weddings, benefits and charities, as well as performed at a large variety of venues. I typically perform with a guitarist and drummer, but I am willing to seek out musicians if necessary to fit your needs!

Be the first to review Kenzie Elyse

Out of all the mediums I use to create, music makes me the most free. I've been writing songs for as long as I can remember. Songwriting became very relevant to me when I was fifteen years old, going through my first breakup. I dusted off my guitar and filled my beat-up, Mead notebook with my thoughts. Writing songs has been my number one addiction and priority ever since that vivid moment. At eighteen, I played my first coffee shop show. It was just me, my guitar, a broken monitor and a cheap microphone. It was at a shitty, hole-in-the-wall place that people only came to for the free Wi-Fi. Despite the fact that the audience was wrapped up in their audio books and YouTube videos, I fell in love. A year or two later, I had the opportunity to record my first album in an actual studio. I worked with a brilliant, badass producer, who gave me the tools to make my record sound exactly the way I wanted it to. On December 6th of 2013, my debut album, Up Close, was released. I am currently writing my second album, with plans to start recording mid-2015.