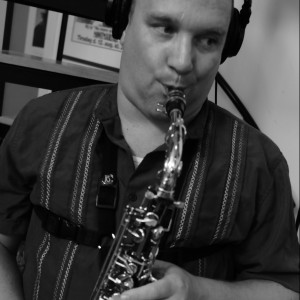 Capital Region saxophonist Keith Pray has performed professionally for over 20years and leads several groups including: The Soul Jazz Ensemble (17 piece big band), The Keith Pray Quartet, The Soul Jazz Revival (5piece group emphasizing more contemporary grooves), the Mohawk Brass Band (modern New Orleans style brass band) and Songs From Home (performs songs in a more Americana/Roots approach). All of Keith's groups utilize the top musicians in the area and because of his years of performance experience with some of the top musicians in the industry, Keith can provide top notch music for just about any occasion.

Amazing, professional, and wonderful to work with

Keith and his trio played for my parents' 50th wedding anniversary and made their night. After cancelling their celebration due to the pandemic, having a private concert with what they described as "the primo jazz musicians in the NY area" was an incredible experience that made their night feel very special. Keith even learned their first dance song and performed it with the trio. Would recommend without reservation!!!

Thank you for the kind words, it was our pleasure!

Keith Pray provides world class music with a professional attitude and is very pleasant to deal with personally. Keith always goes the extra mile to assure that his performances are enjoyed by all.

Saxophonist and composer Keith Pray is a native of Upstate NY. Keith began his study of the saxophone in 1988 at age 15, and had his first professional performance one year later. Since then, Keith has traveled from the West Coast to Europe playing with hundreds of gifted musicians, and has shared the stage with some of the giants of the business: Paul Anka, Benny Golson, The Temptations, Ray Vega, Mark Vinci and Ralph Lalama. For 8 years, he resided and preformed in New York City and played with artists from multiple disciplines including R&B, Jazz, Latin and Big Band. Now relocated to NY's Capital Region, Keith performs regularly and has taught saxophone at SUNY Oneonta, jazz arranging and jazz history at Schenectady County Community College and currently teaches instrumental music for the Schenectady City School District and directs the Proctors Summer Jazz Institute and the Youth Brass Band Mentorship Program at Proctors.

Keith has taken the city’s eclectic culture and infused it into his original performances and compositions. This blend is also heard and felt as he teaches individuals or as he holds clinics at all levels including High School and College. Whether one hears Keith perform or learns from him, his love for music and respect for the different genres is loud and true.

His unique style and talent has allowed him to perform and record across the spectrum of today’s music. Having worked on dozens of recordings he was honored to be a featured soloist on the Grammy Nominated Entres Amigos by Alex Torres and the Latin Kings. Keith’s style can be attributed to the influences from the greats deep in the Jazz tradition, including Cannonball Adderly, Lockjaw Davis, Maceo Parker, Earl Bostic, Johnny Hodges, Willis Jackson and Jackie Mclean as well as many others.