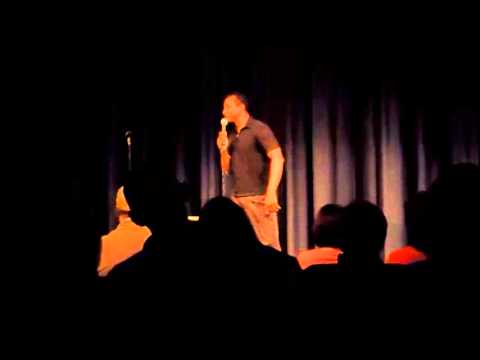 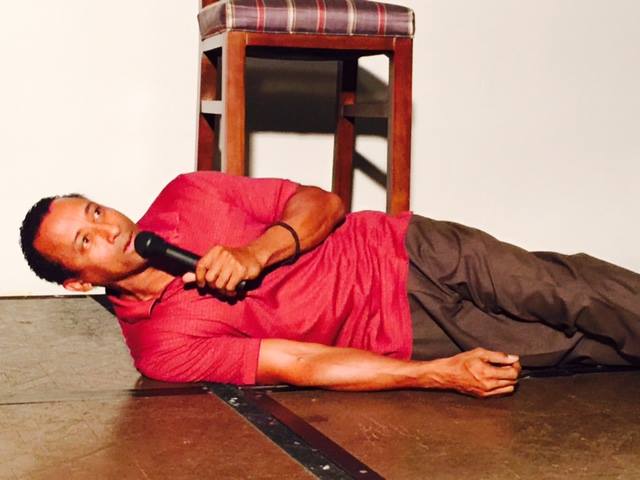 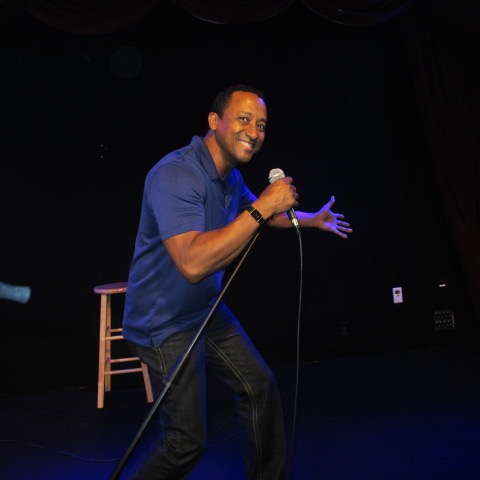 Bringing in the funny!

Keith was absolutely hilarious at our private party. Our friends and family very much appreciated his clean comedy. I would recommend Keith for any private party or venue for any ages.

Keith was awesome, and so was his side kick lol, early show up review topic for the event. Everybody loved it. And most of all it was done PG. Would hire again. Thanks Keith

We loved having Keith in our home. He pulled everyone in and made our daughter's birthday very special. He was very funny and his material is very easy to relate to and he's intelligent enough so as not to have to resort to off color jokes and remarks to get a laugh. All 17 of us would happily invite him again.

It was a pleasure working with Mr. Ellis for the first time. We were part of a comedy night that paid tribute to cancer survivors and their families. Keith as always was a becon of professionalism and found a way to connect with the senior laced audience that we had. He is always a welcome addition to any and every show I host.

I had never heard of Keith Ellis before February 5, 2011, but now I can't stop telling people about him. His comedy was too funny and way to real. I felt so personally connected to the life situations that he was talking about that I was almost scared that he must of had a glimpse into my real life. He had me at 40 years of age in tears and my son who is 19 rolling in laughter. This week, I'm taking my husband and some new friends to join in the laugh experience. Can't wait to go back!!

I've seen Keith Ellis perform at several different shows over the past year. Keith works very hard at his comedy and has an extremely polished routine that always get lots of laughs from the audience.

Keith is clean, professional and extremely personable. Keith's performance is refreshing. It is the type of show you can take your mother to. He doesn't do or say anything offensive. He is absolutely positively HILARIOUS!

Keith is the funniest white guy I've ever met!....sharp as an ice pick, (which he keeps in his back pocket) Keith is a welcomed favorite at any venue that I've promoted. Like-a-bility a major plus, Keith's blend of big city humor and down to earth logic is a great combination for any audience. Watching Keith in action is a "Cheek-Bone" workout!

Review by Tammi B.

I enjoyed working with Keith to set up a comedy event at the non-profit I work for. He did a wonderful job organizing the event, especially taking into consideration the audience and the setting. Thanks to him our families enjoyed some much needed laughter and some clean jokes they could take out into the community. Thanks Keith!

I have been involved with entertainment since 1990 in the areas of Producing, Directing, Personally Managing, Booking, Road/Tour Managing, P.R., Scripting, Stage Managing, I could go on and on about my expertise as it relates to talent and performances.

I received a call from one of my previous clients who needed entertainment for a higher end private party event. The first person I thought of booking was Keith... and that is exactly what I did.

My client was extremely happy with the talent I provided. Keith's professionalism and comedic talent are impeccable. I HIGHLY recommend Keith for anyone in need of entertainment. He is sure to please ANY crowd for ANY event whatsoever.

As important to me as an artist's talent is his/her business professionalism, how much attention they pay to actually serving the client's specific needs, how appropriate their behavior & demeanor are and the like. When you contract Keith you don't have to worry about ANYTHING! I can't sing high enough praises about him--He WILL deliver!

I've seen Keith Ellis perform in a couple of different shows. He's always been the highlight of the night with the big laughs and the cleanliness of his material. Probably one of the most respectful and professional comedians, on stage and off, that I've seen in a long time. He's great, I would allow my whole family to watch him perform any day. You can't go wrong with a comedian like Keith Ellis. Thanks for the laughs!

Keith Ellis, has managed to turn many forseen negatives in to positives with his witty ways of looking at what life has to offer, he touches upon subjects with a magic that is truely undeniable interesting and hilarious.

Keith continues horning his comedic and acting skills, appearing in movies, print ads, commercials and working comedy clubs and casino's across the country.
While comedy is his life ambition, the ??-year-old has many acting credits on his resume as well. He has been cast in movies such as Waiting to Exhale, What Planet Are You From, Any Given Sunday, Twisted and Three Kings. He has appeared alongside acting heavyweights George Clooney, Mark Wahlberg, Jamie Foxx and
Samuel Jackson. He has also appeared in several commercials on the west coast.

Today, Ellis continues to reinvent himself as a comedian with the fast growing life changes:
His parents have always insisted that he stick to clean comedy material. That undertaking is now included in his comedy mission: 100% Family Friendly Comedy!

October 2013 Keith Ellis traveled to GERMANY (EUROPE) to perform for the troops in KATTERBACH GERMANY as well as a performance in CZECH REPUBLIC. Making Keith Ellis a INTERNATIONAL Comedian working toward a purpose to support, educate, inspire & motivate.