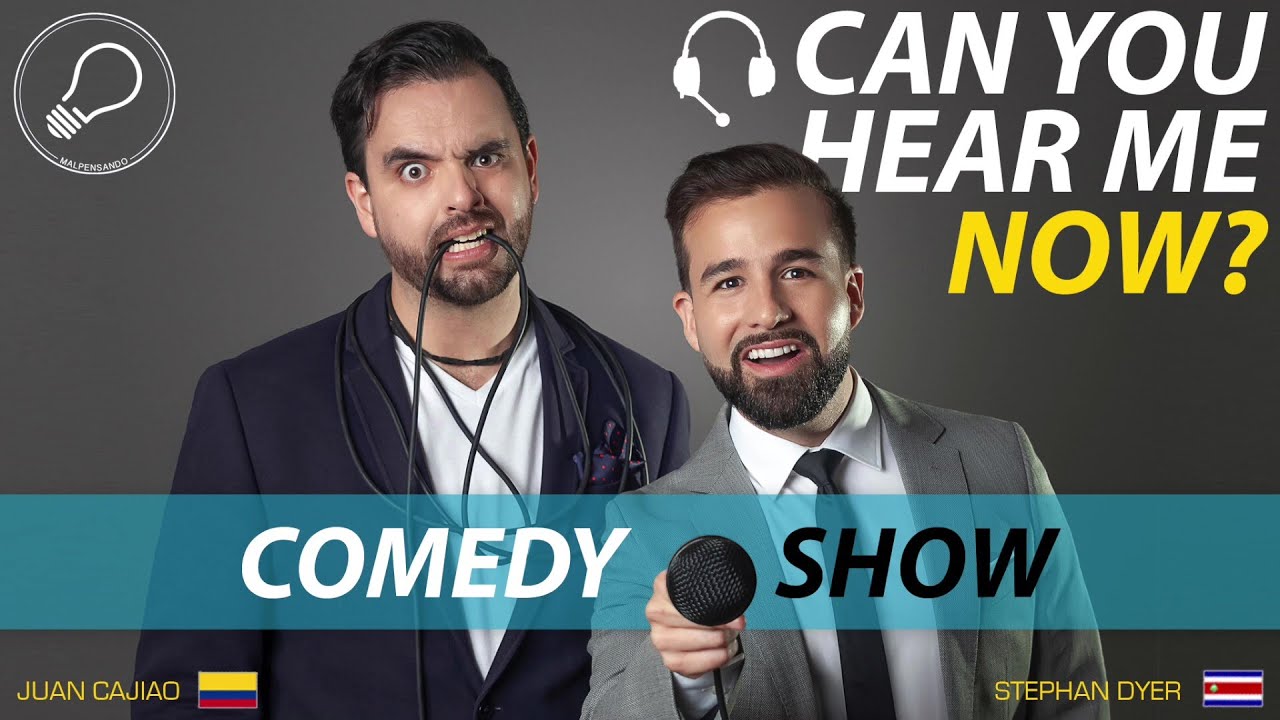 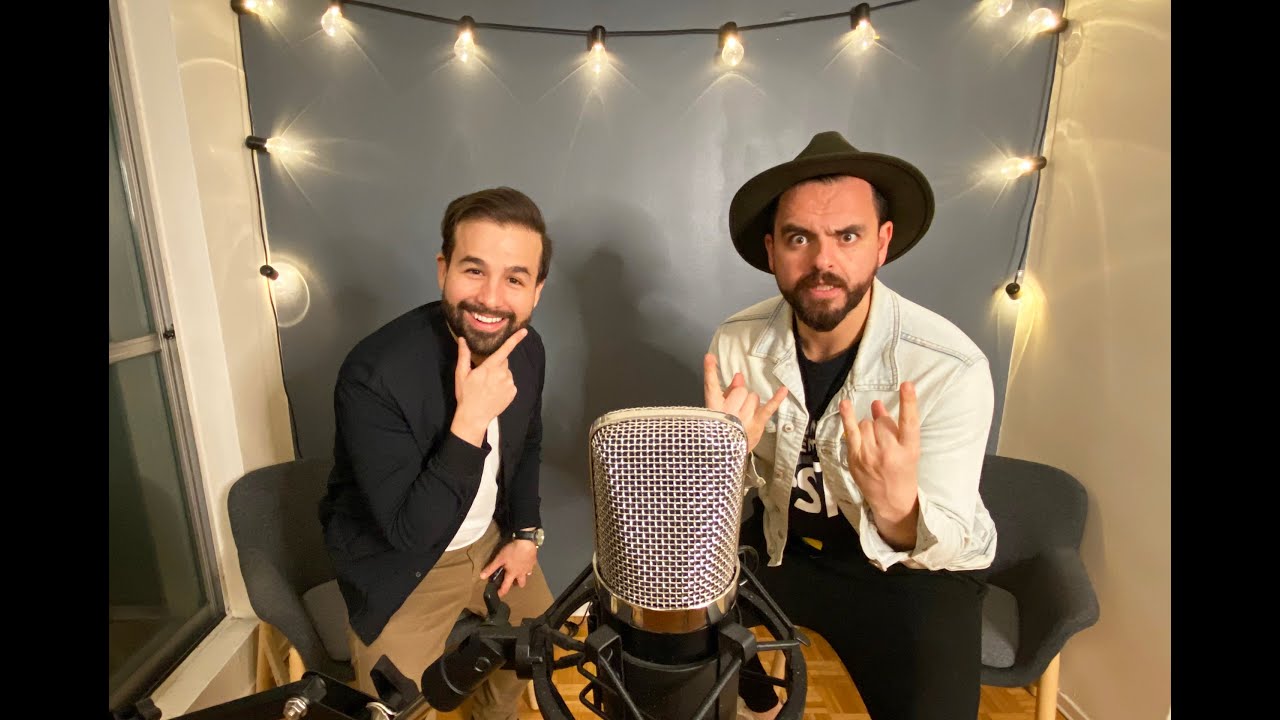 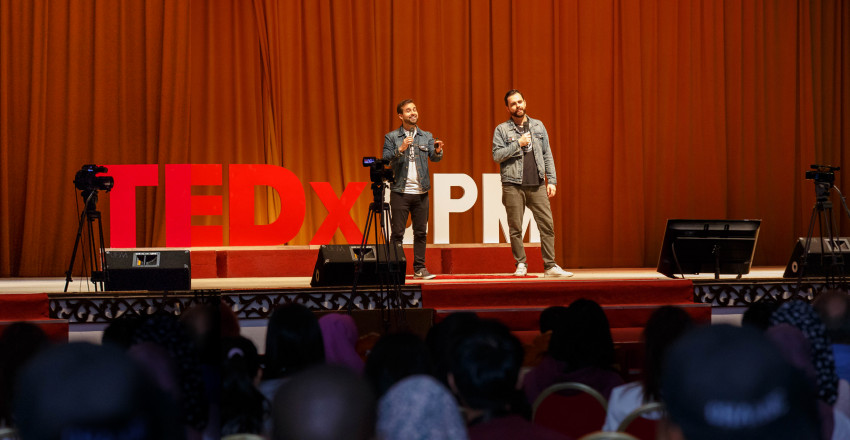 TEDxTalk in Malaysia. We were invited to give our speech "The payoffs of chasing after your dreams" 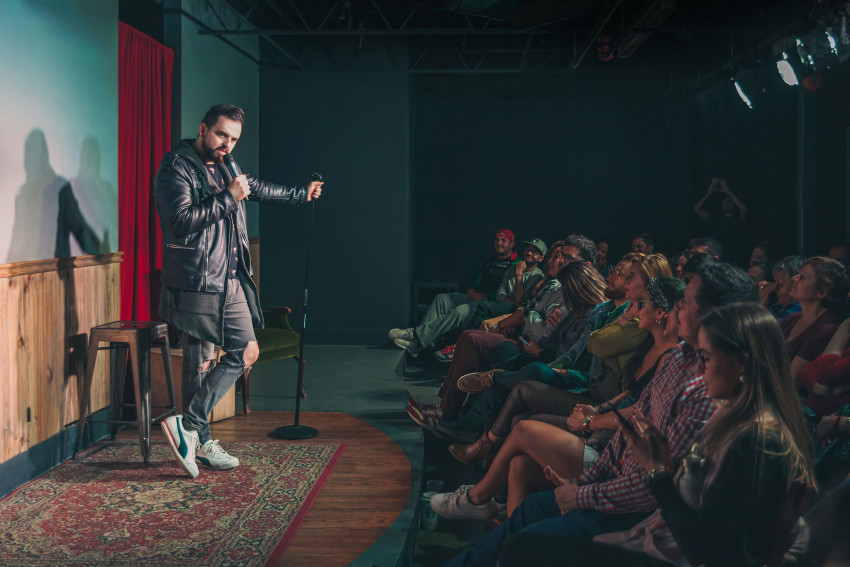 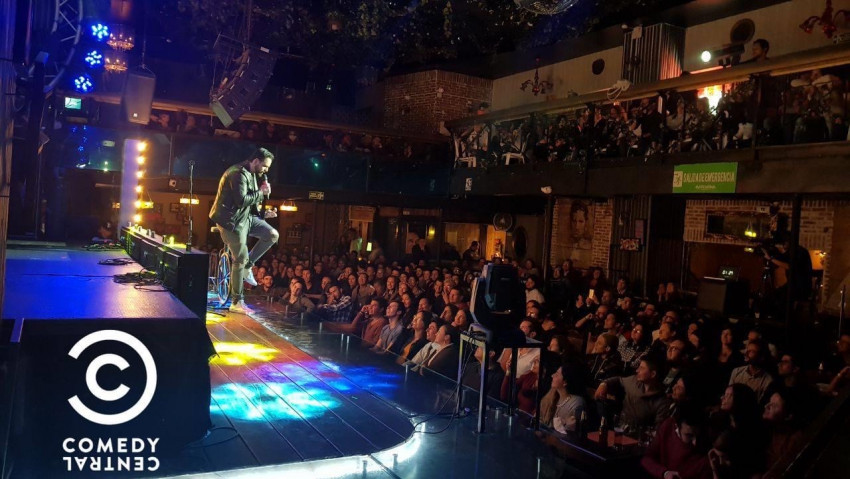 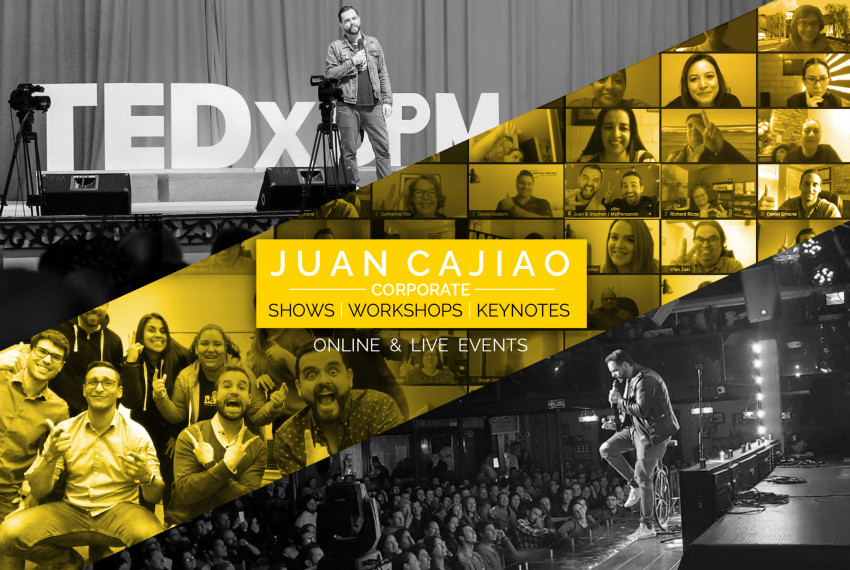 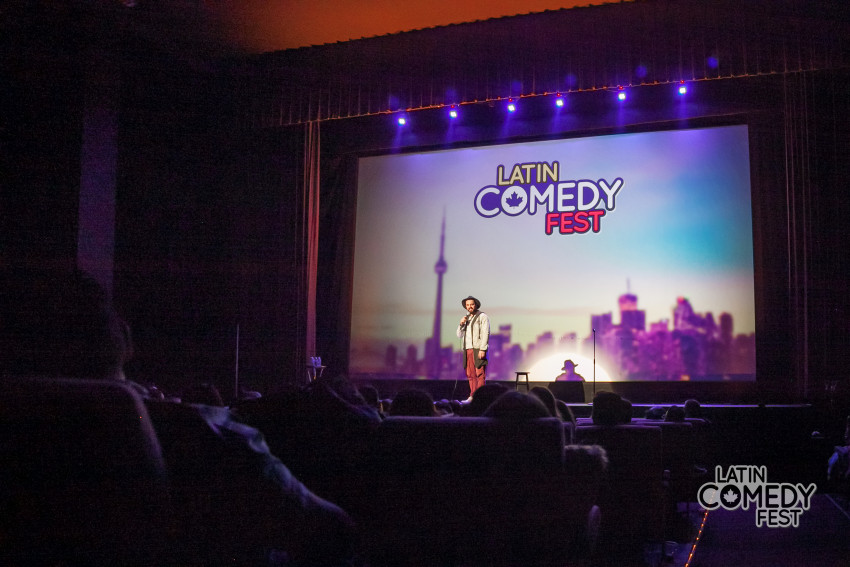 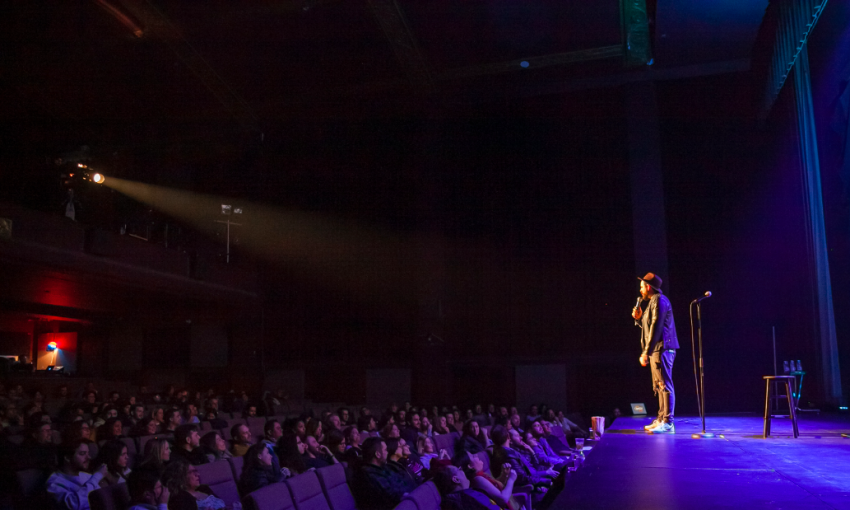 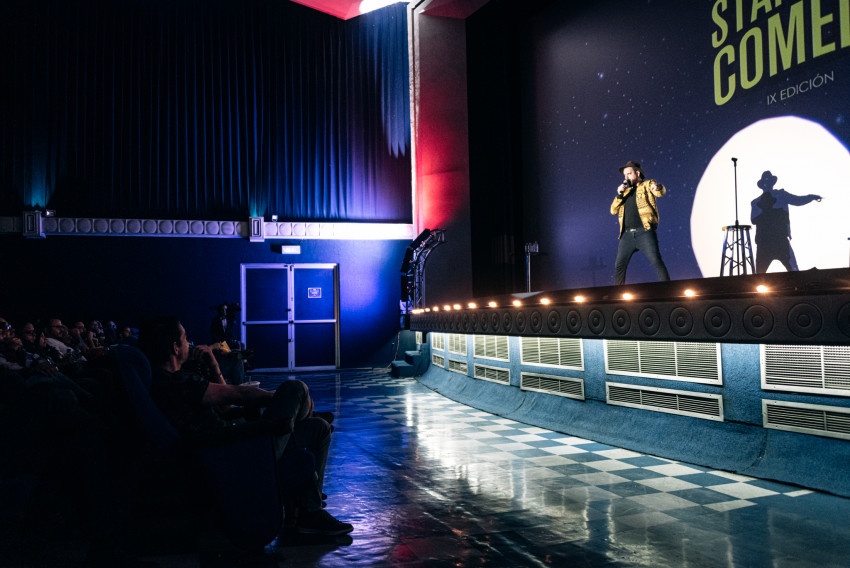 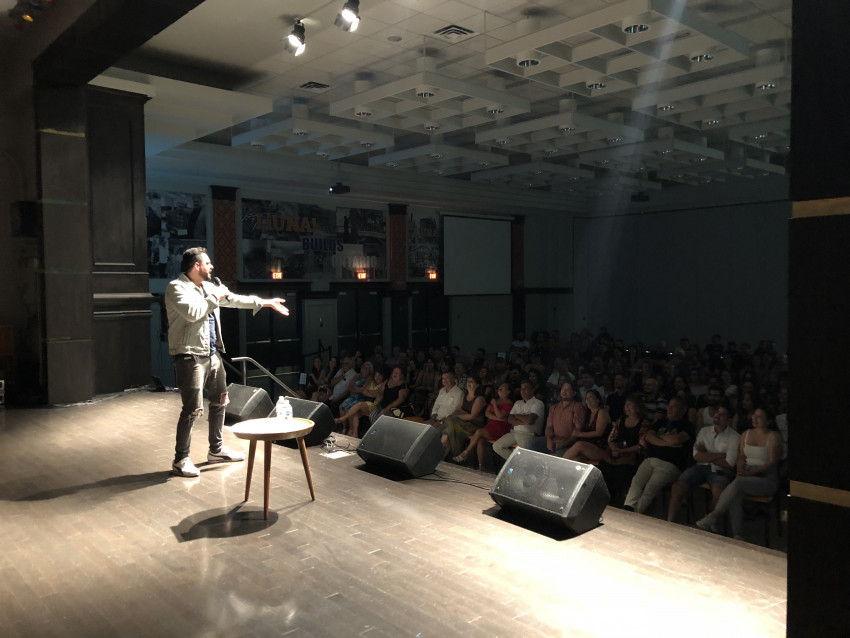 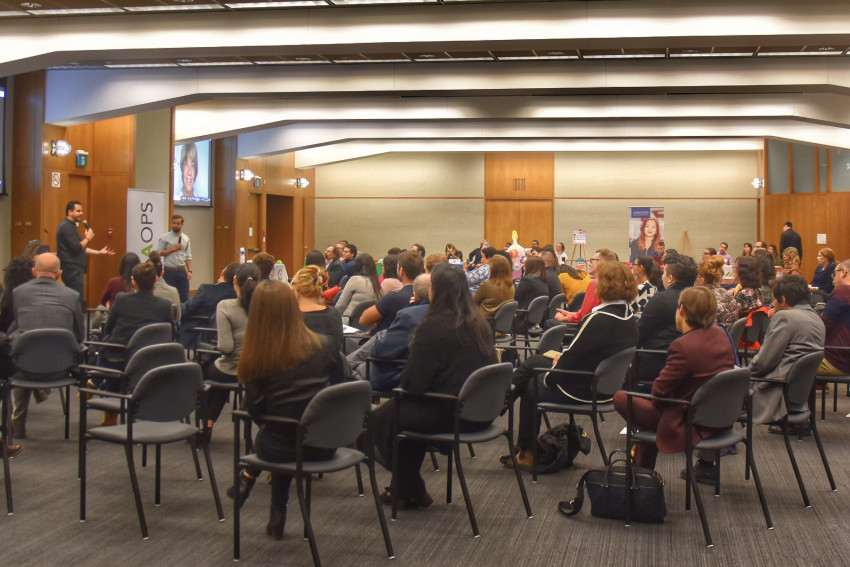 Keynote Speech for the Government of Ontario 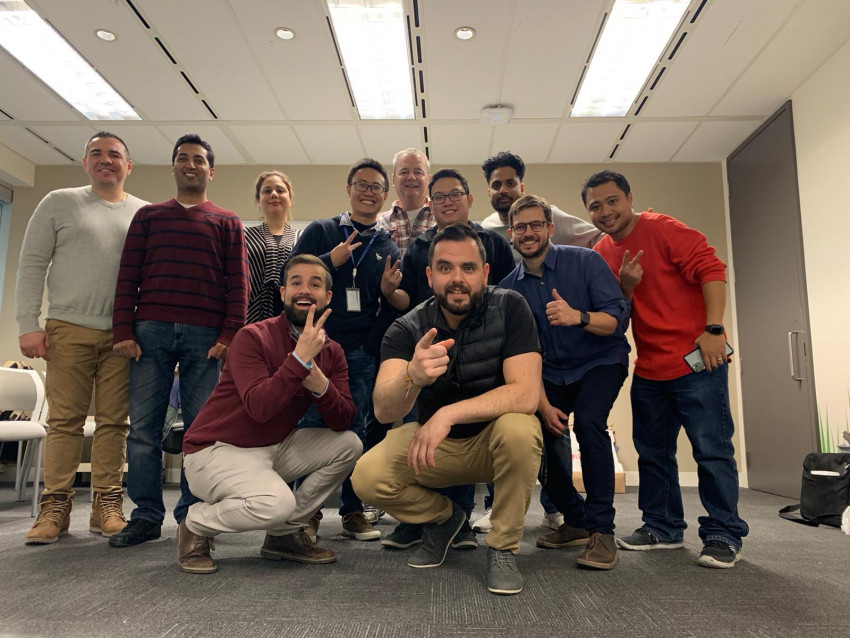 Improv for Team Building for TELUS 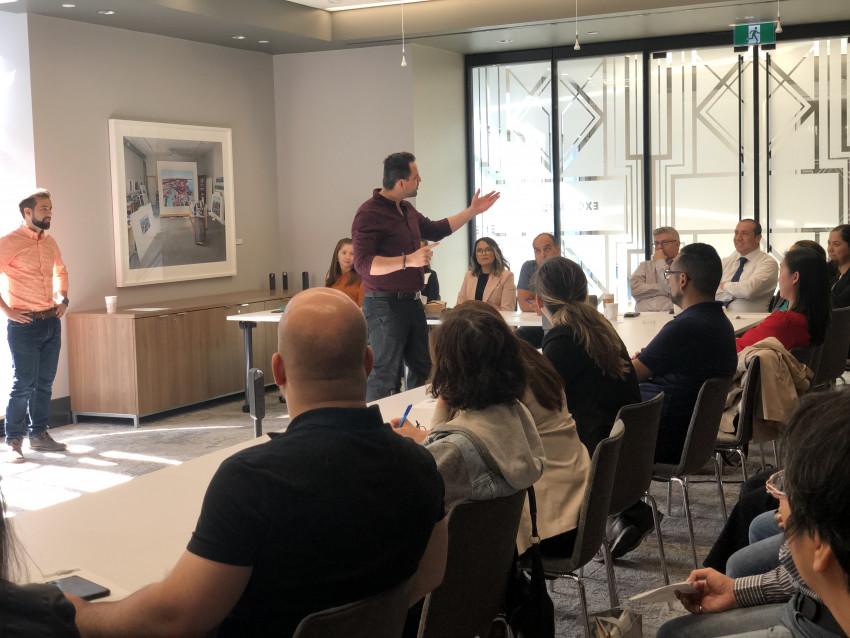 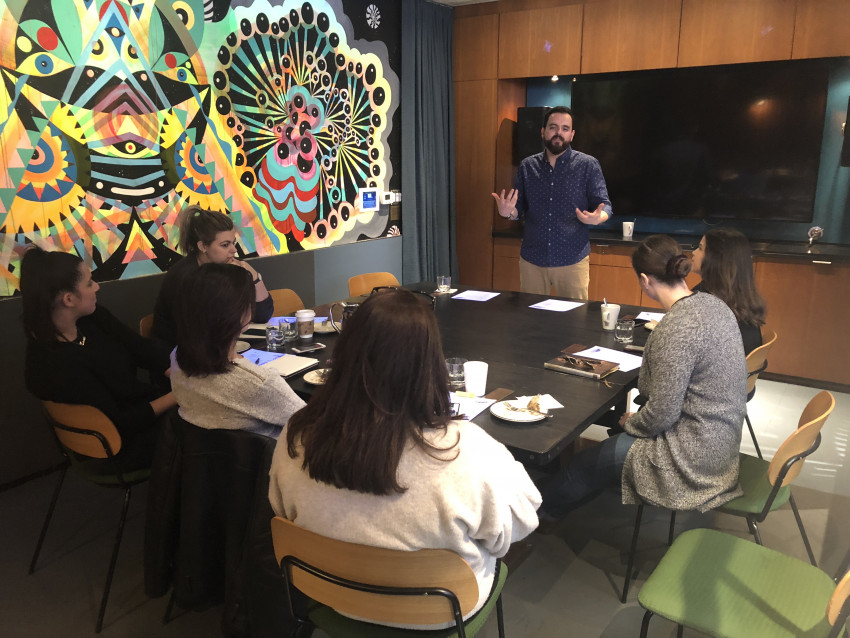 Public Speaking for Sales at the DRAKE HOTEL 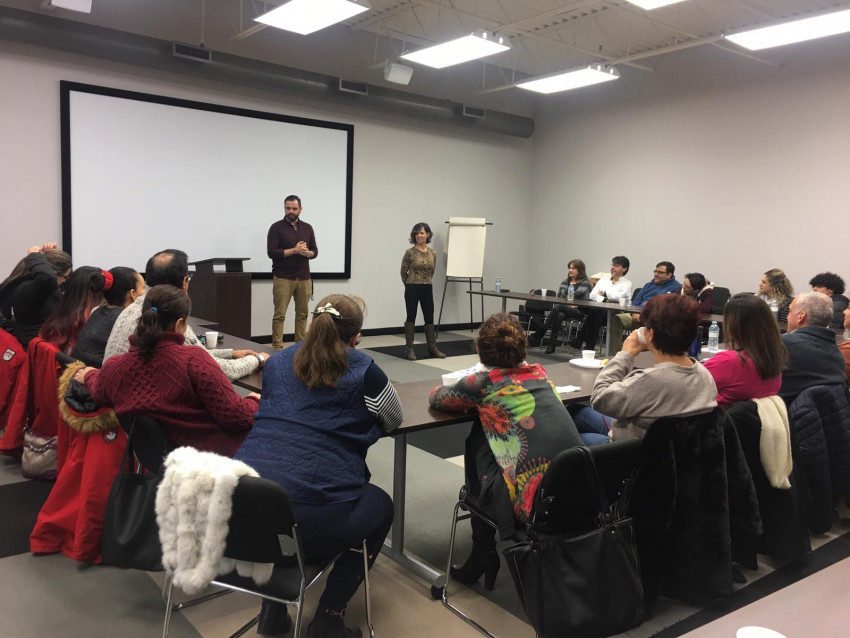 Inspirational Comedy for a group of Entrepreneurs 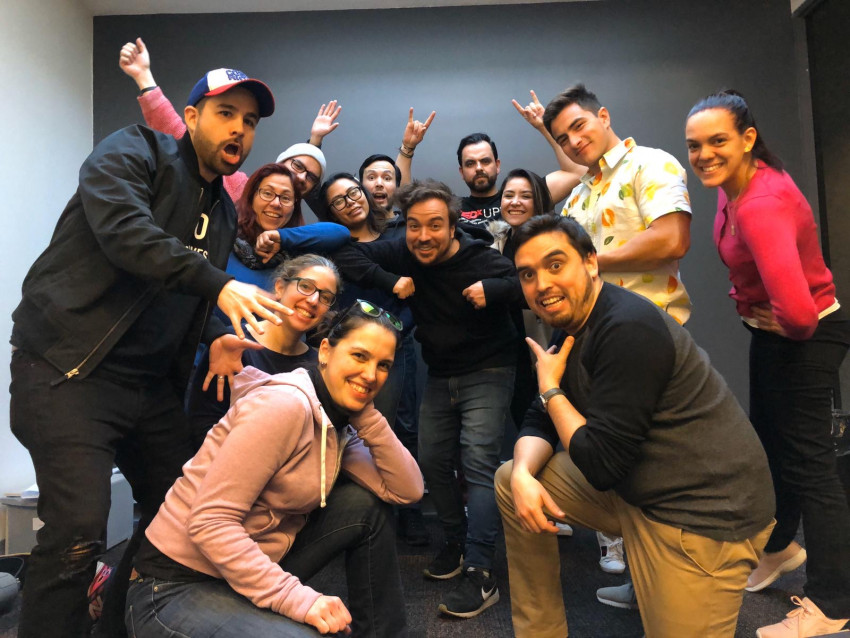 Bilingual (Spanish & English) Award-winning Latin comedian, specialized in stand up comedy, improv & audience interaction, with material to fit a general or corporate audience (Live & Online). With +500 shows Juan has taken his comedy to 12 countries (in South, Central & North America, Asia & Europe). Juan has appeared in Comedy Central Colombia, Comedy Central Mexico and TEDx Malaysia. He went from the corporate world to becoming an International Stand Up Comedian, so he manages very well in all atmospheres.

Juan and his partner were amazing - He engaged the whole 80 people audience through zoom! I don't think that there was one person that didn't laugh and enjoy themselves

Margaret, thank you so much for your review! It means a lot to get this feedback. We loved the show and we loved looking at the attendees just crying laughing. Hopefully we get to work together again!

Shifting to an online format for our annual conference as a result of COVID-19 we wanted to keep things as close to our standard format as possible, including providing entertainment to compliment our educational programming. Speaking for our organization, I am happy that we made this choice and specifically our choice to go with Juan Cajiao and his team. Juan made for an entertaining and engaging performance which exceeded my expectations for an on-line format and drew an audience far greater than what our Conference Organizer had assumed for lunch-time programming for such an event, which of course was taken as a very good thing.

"Can you hear me now?" Customer Event

Booked Juan for a social event during a national virtual conference for an evening to share some laughter with some of our health care clients. That was certainly accomplished and our clients and sales team attendees got into the act willingly and could identify with the pandemic work from home. It was hilarious. Stephan and Juan adeptly coaxed great audience participation. The goal was to laugh together and that's what we did. Especially with the improvisational sound effects! All in, highly recommend this duo with their intriguing "follow your passion" back story and look forward to exploring future initiatives.

Great show and a lot of laughs!

This was a great show and really engaging for our team. Virtual events are tough and they did a fantastic job getting everyone involved!

Amazing, kept everyone entertained!!! Did their research and incorporated our business info into the show which was familiar to everyone and made it exciting.
The The improv part of the show was hilarious, they worked with 2 of our associates in a dialogue which had everyone laughing. Some even had their kids watching the show it was so good.
Great Job, would hire them again in a second. Would give more stars then 5!!

What an amazing review Luisa! I loved that almost everyone had their cameras on, laughing and just enjoying the show, even with their families! Thank you for the opportunity, maybe next time we perform LIVE for your team! :)

Juan and Stephan absolutely knocked it out of the park. Hilarious & fun, exactly what our team needed after a long year of lock-down & a busy tax season. Would highly recommend!

Thank you Daniel! The entire group was amazing! We received great feedback. Thank you for trusting us with this show, hopefully we get to perform for your team again (maybe even in person soon!). :)
Cheers!

Juan and Stephan did a great job entertaining our virtual group of around 100 people. They included a lot of the audience which was great for keeping everyone entertained and interacted and the show material was very relatable! I would recommend their show to anyone!

Thank you so much for bringing us to your company! We loved seeing the people on their cameras just crying of laughter! And the highlight was definitely the improv section, the volunteers where amazing :)
Hope to see you all again soon!

We hired Juan for our online Employee Appreciation event and he brought us an amazing show. He had everyone engaged and made great references about the company through this show. Great way to bring joy and laughter to our employees through these difficult times.

Juan was amazing, he did a one hour comedy show for our company and it was incredible how despite the limitations of an online event, he was able to interact with the audience (hundreds of messages on the chat), he had a couple of attendees participating in his stories and he tailored his final message to match the general theme of the event. 100% recommended!

The show was amazing, and audience made it even better! I loved the interaction we had with the volunteers that came on the spotlight with us to build the comedy scenes!
Hope to. see all of you again!

100% satisfied with the show!
We had over 100 employees join the Online show, and the combination of comedy and the interaction with the audience in the show was the perfect mixture for an amazing experience for our employees.
We had already hired a public speaking workshop with Juan and Stephan, so we trusted the show was going to be great, but it actually exceeded expectations.

Thank you so much for trusting our services! We love doing shows and workshops for your team!

Juan has many shows and workshops, and his material is very versatile, and therefore he can adapt to any audience. He will always ask his clients the following questions in order to deliver the best option:
1. Are you looking for a workshop, a comedy show or a keynote speech?
2. Is it a corporate event or an event for a general audience?
3. Is the audience a formal or informal audience?
4. Will the show need to be in English or Spanish?
5. How big is the audience?
6. Is it an ONLINE or LIVE event?
7. How long can the show/workshop/speech be?
8. Can there be audience interaction (Live or Online)?
9. Any special requirements?

With this information Juan will adapt and deliver accordingly. He can travel to where the Live event takes place, or he can perform from his house, for an Online event, from his personal studio.

Juan Cajiao is an international, award-winning bilingual comedian born in Colombia with over 11 years of experience. Since 2014 when he started doing stand up comedy, Juan has performed in +500 shows, 12 countries and has worked with the top comedians in the Latin industry. He has participated in 3 of the most important Stand Up Comedy festivals in Latin America and was awarded “Best Latin Comedian 2017” by Latin Awards Canada. In 2018, Juan was invited to Malaysia to deliver a TEDx Talk on The Payoffs of Chasing After Your Dreams and recently performed at Comedy Central Fest in Mexico City.

Juan's specialties
Shows: Stand UP Comedy & Improv
Workshops: Speaking with confidence (public speaking), Improv for Team Building & Improv for creative thinking
Keynote Speeches: "The payoffs of chasing after your dreams" & "Failure is the best thing that can happen to you".
*All services can be provided at LIVE or Online events.

Juan is also the co-founder of @MalPensando, a Toronto-based bilingual comedy club and school that helps people become fun, confident speakers. MalPensando has been credited with improving the lives of thousands of students through humor and has been a vehicle for countless hours of community service in the Hispanic-Canadian community.

Besides doing comedy and being a public speaking coach, Juan produces large comedy events around Canada and Latin America with some of the most important names in Comedy. Juan is also the co-producer of the Latin Comedy Fest, the first latin comedy festival in Canada.

For Live shows & workshops:
- Mic, lighting, stage, stool, water and all the chairs facing the stage.. that's it!

For Online shows & workshops:
- For all the attendees to be present before starting the show/workshop
- Someone from his team to manage the virtual platform as co-host in order to manage the spotlight, and a couple of slides. And to keep the audiences mic off or on depending on the activity.

For LIVE event: sound system with microphones, and for virtual shows nothing.