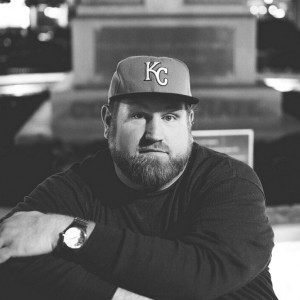 Acoustic or Full Band, I play a lot of 90's music, love playing at weddings, receptions, ribbon cutting ceremonies, you name it, I'll play it. I play acoustic guitar, mandolin, omnichord, bass, washboard necktie, and bass. What you need musically, I think I can handle

Be the first to review Jon Dooly

on Dooly is a rare musician that has the ability to tap into the “inexpressible” and grip his audience with the gravity of his voice and the grit in his guitar.
Jon’s attraction to music has been the one consistent theme in his life. Singing in church, listening to the radio and thumbing through chord books were Jon’s early education in music. When Jon turned fifteen, he picked up a guitar for the first time. The combination of singing and playing guitar was a natural fit for Jon. His passion for music has fueled his drive to perform and grow as a solid musician.
Jon has had many influences throughout his music career; foremost, Jon acknowledges the influence that his step father, Mike, had on his singing style. “Mike was very talented. He sang in a high tenor voice, and I would always try to mimic his tone and range,” stated Dooly. Having Mike as a mentor forced Jon to push himself beyond his comfort zone and maximize his ability as a singer.
Musically, Jon has been influenced by many of the singers, songwriters, and bands that revolutionized music in the ‘90’s and early millennium. Jon’s music is driven by a smooth rhythm that comes from his reliance and preference for the earthy tones of the acoustic guitar. “I would listen for hours to Oasis, Pearl Jam and The Dave Matthew’s Band,” said Dooly. He spent lots of time learning to play the songs, absorbing their influence. For Jon, the acoustic brought out the subtleties of chord formations, tones, and the moods that can be manipulated in the music. The guitar had life, breathing inspiration into Jon’s soul, producing an original sound that is refined and full of feeling.
Continuing to pursue his interest and ability, Jon worked at a music store, selling and repairing guitars, all while honing his skills. Working with guitars and having access to many other instruments and musicians, Jon gained a valuable versatility and built long-lasting relationships with a network of musicians that shared their experiences and ideas.
Since Jon began his journey in the realm of music, he has obtained valuable experiences. He has played with the bands Histemi and Lifeless December. Histemi cut an acoustic EP that has gained a modicum of popularity in the Northwest Arkansas region. Jon has played many shows, entertaining crowds and influencing the musicians of the next generation. Jon enjoys performing and considers it an honor to play for any audience. He has had tough shows, great shows, small shows, big shows, and no-shows. But, despite it all he has entertained thousands of people; and, many of the people have become lifelong fans.
Listening to Jon play his guitar and sing transports the listener back to the age of the singer / songwriter. His voice is smooth as it forcefully drives the melody. One thing that makes Jon’s voice unique is his stable pitch and the consistent control of his cacophonous scream. His ability to switch back and forth between his falsetto and his signature gruff growl shows his ability as an experienced, versatile vocalist.
Another aspect of Jon’s versatility is his ability to entertain a crowd with a variety of instruments. Jon is skilled at playing the mandolin, harmonica, Omni chord, susuki, bass, drum machine, and guitar. His shows never lack variety. His ability with theses various instruments also show his deep love for music, which further helps his audience connect with him and his message.
Jon does not let labels and styles hold back his creative drive. He reaches across genres fusing together elements of bluegrass, jazz, southern rock, alternative rock, classic rock, folk, country, and pop.
So if you are looking for a musician that can move the audience, look no further than The Jon Dooly Experience. Not only is he talented, but also he is prompt, responsible, and a good steward of the equipment and facilities that he uses. He has a broad knowledge and expertise when it comes to sound equipment. He is a renaissance man, a poet, and a musician for all.