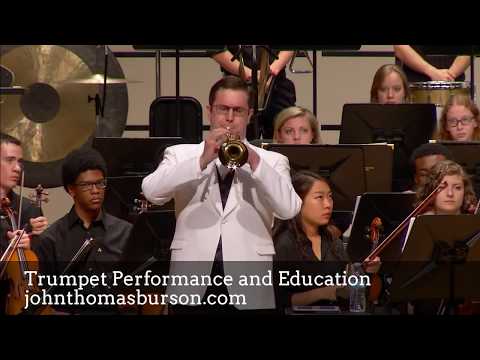 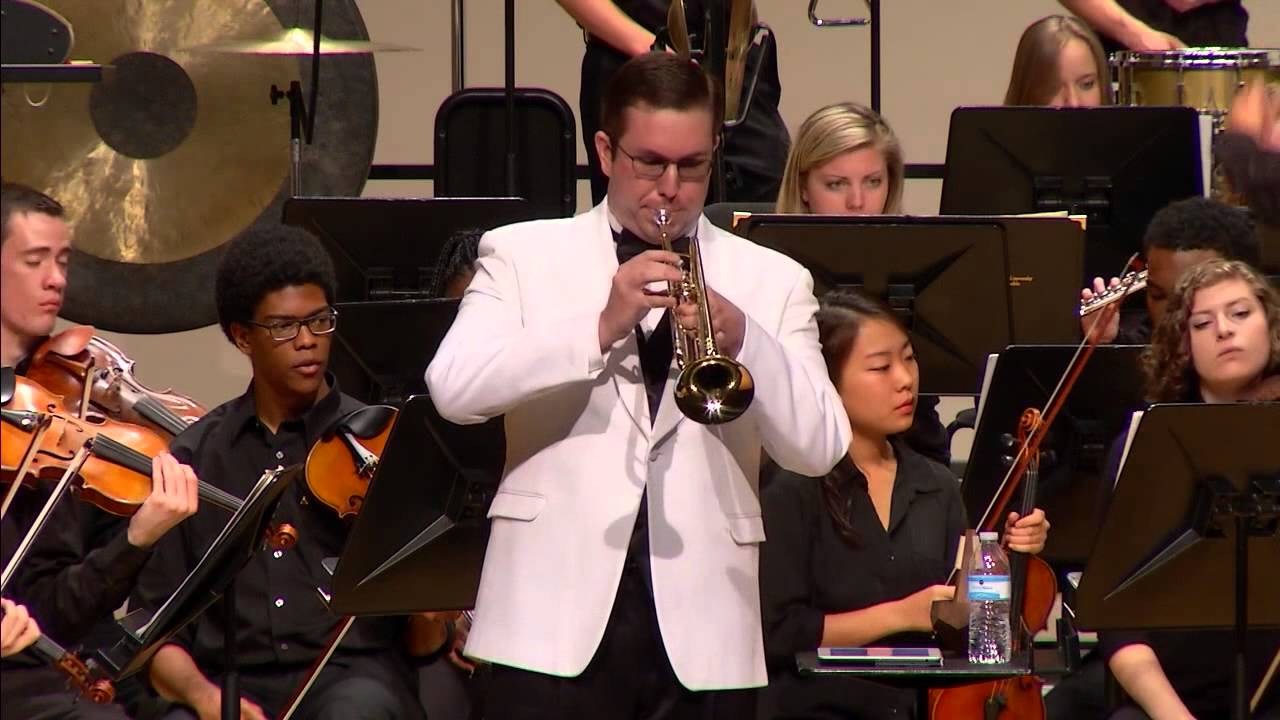 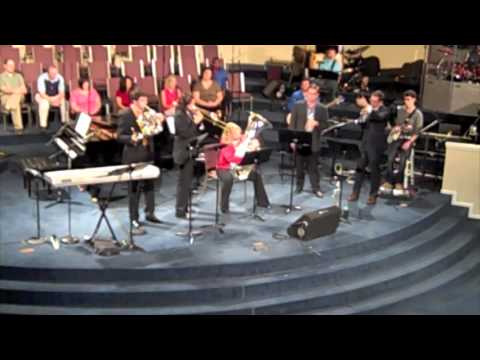 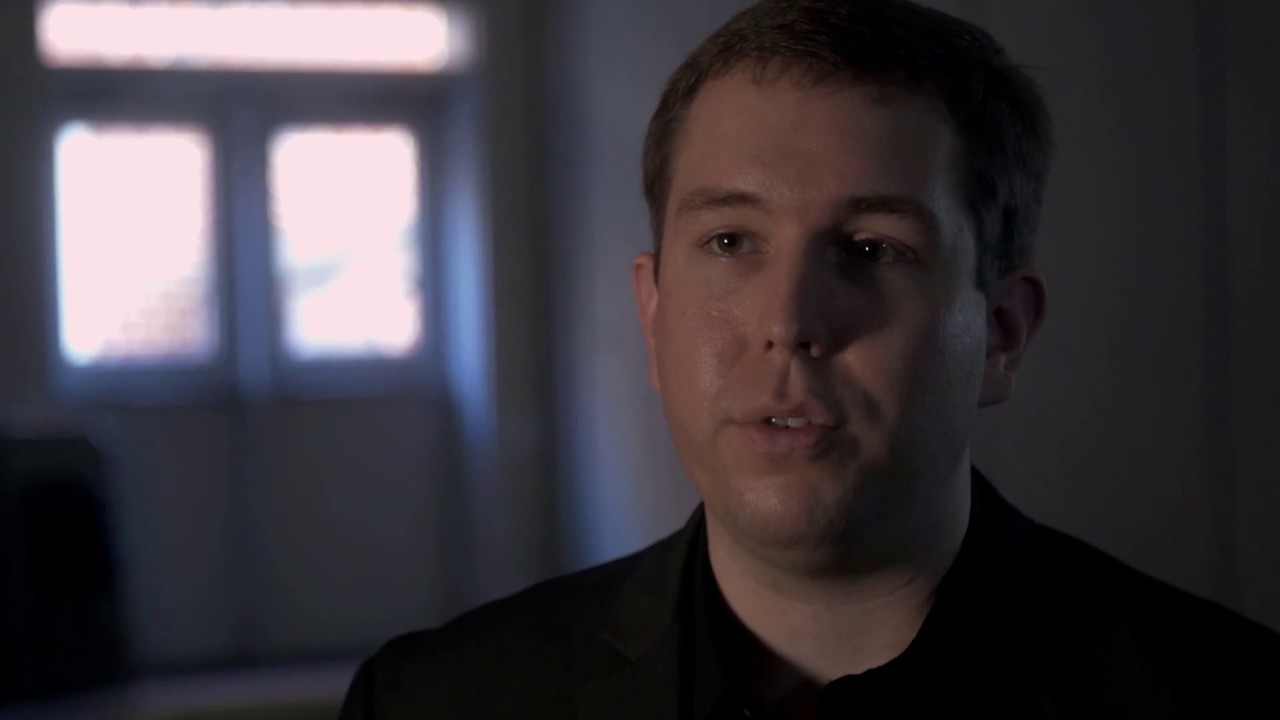 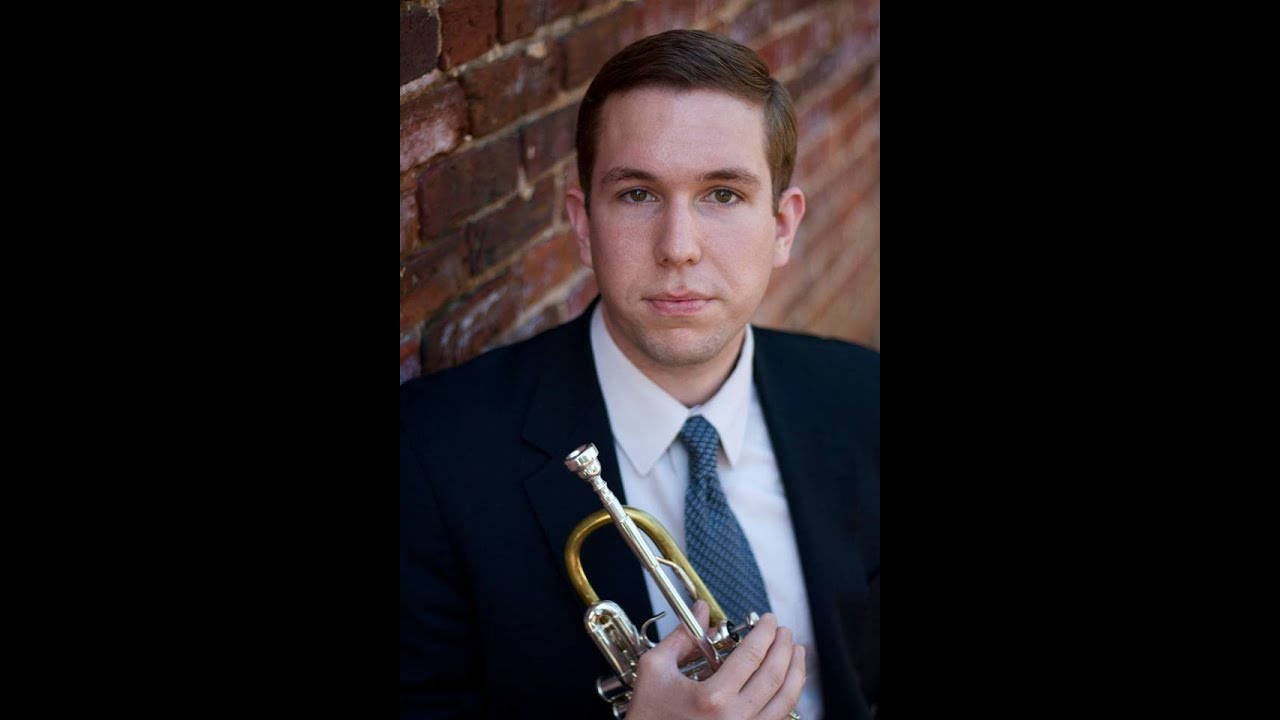 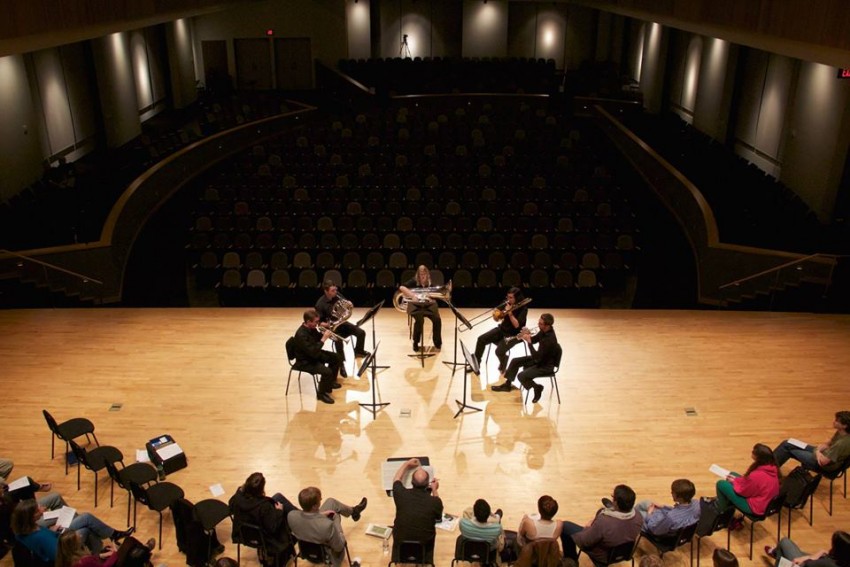 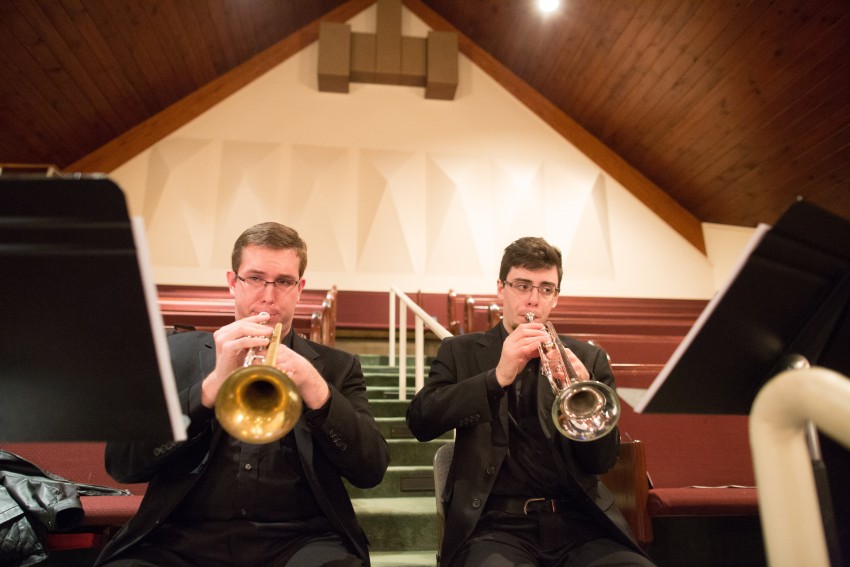 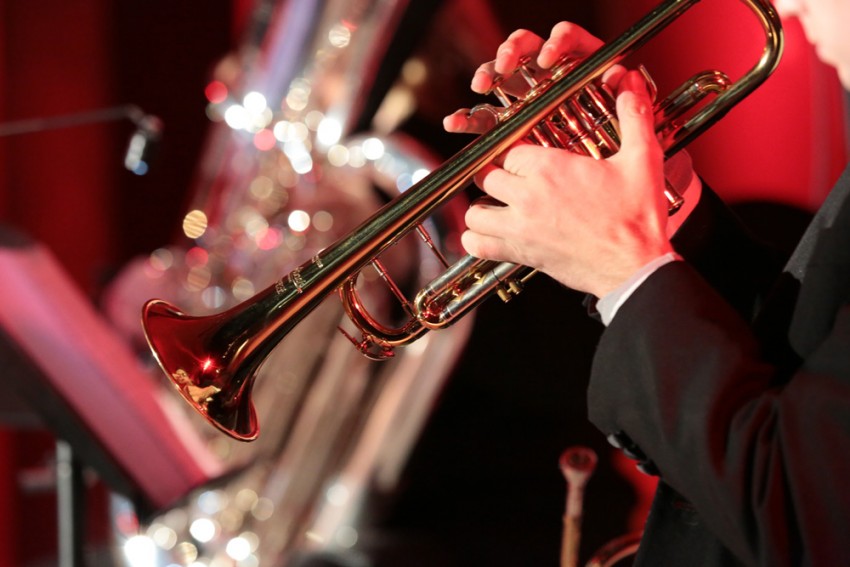 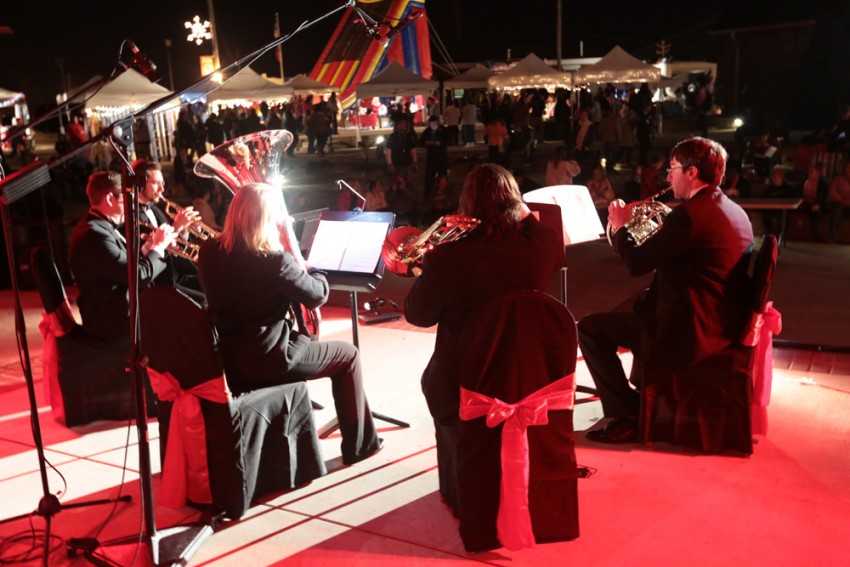 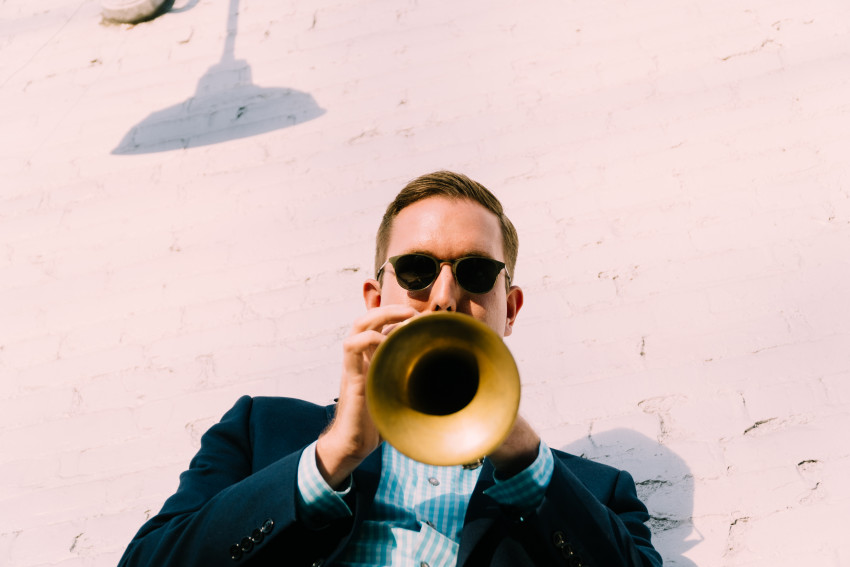 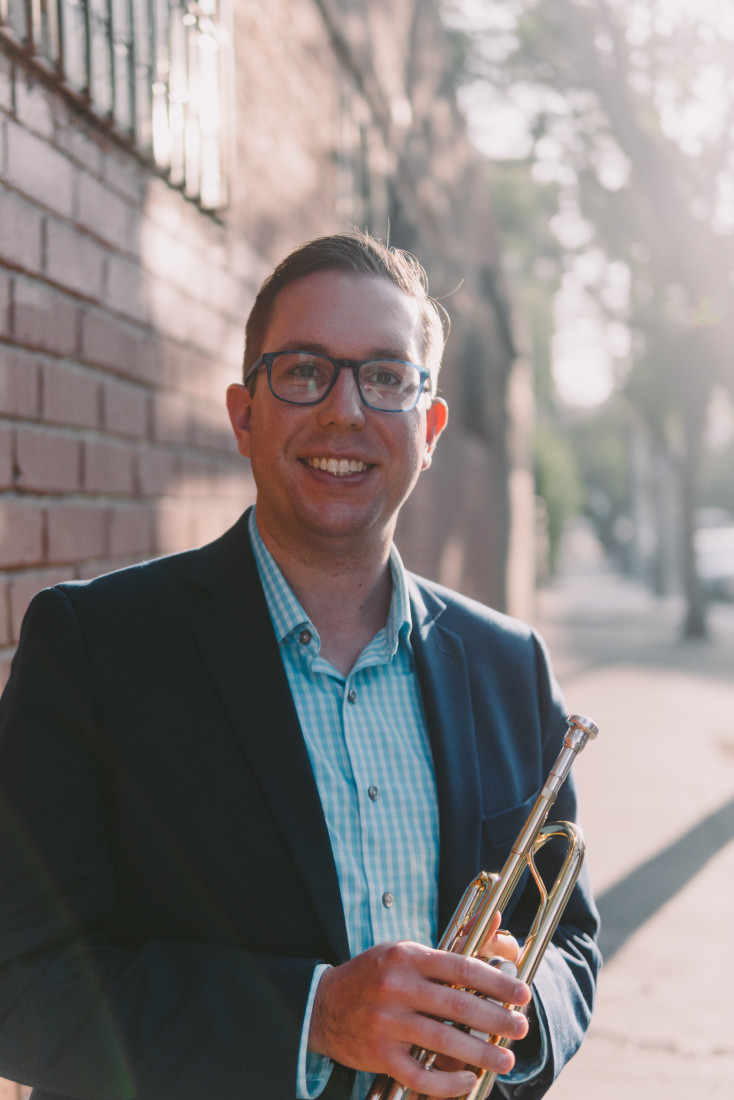 Los Angeles based trumpet performer and educator John-Thomas Burson has pursued his passion for music across a diversity of arenas, experienced in all genres as a soloist, ensemble musician, chamber music artist, and teacher.

Mr. Burson is available to perform in a variety of musical roles, including:

Burson may be heard and seen in a variety of film and television projects, including a recent appearance on CBS’ Late Late Show with James Corden.

John was super responsive, professional and a great musician. He helped make a very difficult time better and I so appreciate it.

Thank you for your kind words, Kelley. It was an honor to be with your family on such a beautiful day of remembrance. Sending my best to you and your family. Thank you!

Prompt on time and professional

I will be calling on JT next time I’m in need of his professional services.

Thanks for your kind review, Tamera! It was such an honor to play for you in rememberance of your father. Sending warm regards to you and your family.

John,
Was great! The only thing wrong with the evening was the heat!

Thanks for having me, Keith! Sending my best wishes to you and your family!

Our experience with John Thomas was excellent!

When John started playing his trumpet right after the service, we felt the power of God covering the entire room! Thank you John for allow God to work thru you Sir.

Carlos,
I was beyond grateful to be present with you and your family for such a beautiful tribute to a great man. I was reminded of the power of God and family this week. Thank you and please take care.

We have used John now for all our events and he is simply the best, he is always on time, always responds in a timely fashion, and more importantly, he is an excellent trumpeter. I highly recommend using John and I know we will continue to use him for all our occasions in the future.

Incredible musician with connections to hire additional musicians and ensembles. The group he performs with, Spectacle Brass, is outstanding!

A great trumpet player who is very professional!

Whether you book just myself or any additional musicians, I offer one-on-one free consultation to organize music selections and any details related to the event's music. It would be an honor to be part of your event, and if you have any questions or concerns before you book please feel free to call or email.

Additionally, you can find information about my background as a professional musician on my website, (link hidden).

Experienced as a soloist, ensemble musician, and as a teacher, Mr. Burson is available to perform in a variety of musical roles, including:

Trumpet performer and educator John-Thomas Burson has pursued his passion for music across a diversity of arenas, including performances with the Georgia Symphony Orchestra, Georgia Brass Band, Harrower Opera Institute, and Spectacle Brass, of which he is a founding member. Selected as a New Horizons Fellow at the 2015 Aspen Music Festival, he has appeared at the National Trumpet Competition, National Brass Symposium, Crested Butte Music Festival, Bay View Music Festival, Sewanee Summer Music Festival, and Bar Harbor Brass Week. Featured as soloist with several orchestras, Burson recently performed Arutunian’s Trumpet Concerto with the KSU Symphony Orchestra and appeared as a cornet soloist with the Georgia Symphony Symphony for a summer audience of over 4,000. Additional solo engagements include John Adams’ Tromba Lontana and the Concerto by Hummel. In 2014, he was the winner of the International Trumpet Guild Sonare Pro Brass Scholarship.

Many options exist when hiring brass musicians, and more often than not players can perform unamplified, even in an outdoor space. For particularly large spaces, additional technical requirements (aka lighting) may be required, but this can be arranged on a case-by-case basis.

Burson’s devotion to chamber music has been an integral part of the strategic expansion of Atlanta’s Spectacle Brass Quintet. Over several years, the brass quintet has broken into the national scene, performing at Michigan’s Bay View Music Festival and alongside the Boston Brass during the 2013 Crested Butte Music Festival in Colorado. The group recently received an invitation to perform at the Georgia Music Educators Association In-Service Convention and was a finalist in the Calvin Smith Brass Quintet Competition in Knoxville, Tennessee. Committed to outreach, Spectacle Brass collaborated with a local high school to present the Suite from Leonard Bernstein’s Mass and presented a benefit program for Children’s Healthcare of Augusta, Georgia.

With an interest in all genres, John-Thomas has recorded and performed with various rock, pop, and contemporary groups, including Ryan Snow and the Bandits, A-Town A-List, Greg Howlett Orchestra, and Johnny Cash Returns. For two consecutive years, he was selected as Principal Trumpet in the Georgia Music Educators Association All-College Band in Savannah, Georgia. He was also a finalist in the National Brass Symposium Orchestral Excerpts Competition and performed at the 2015 International Trumpet Guild Conference in Columbus, Ohio.