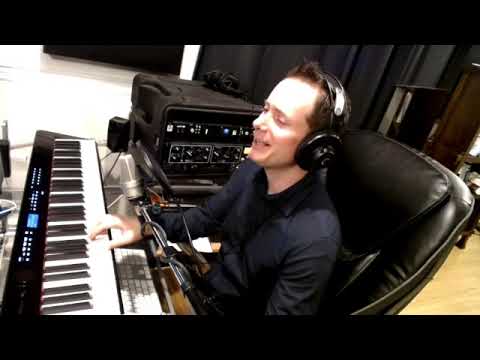 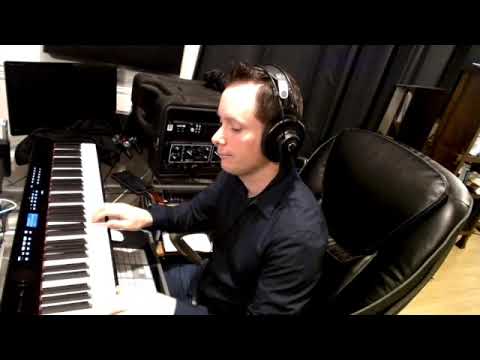 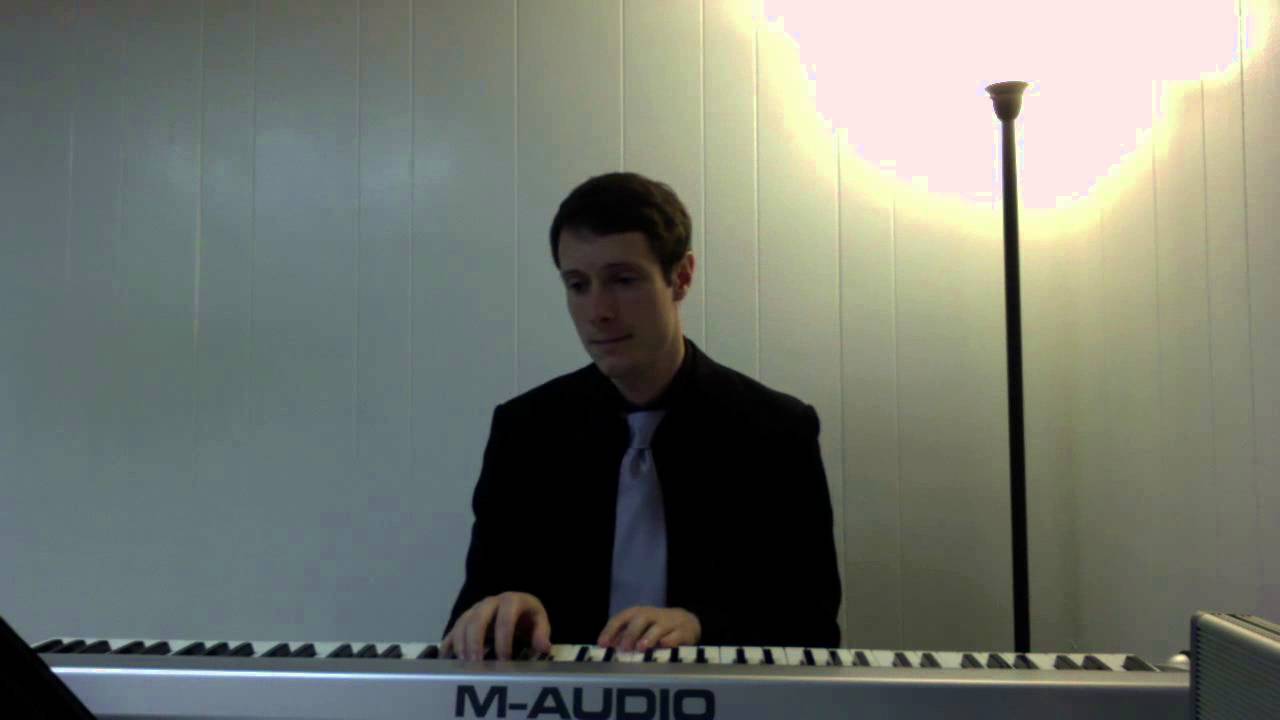 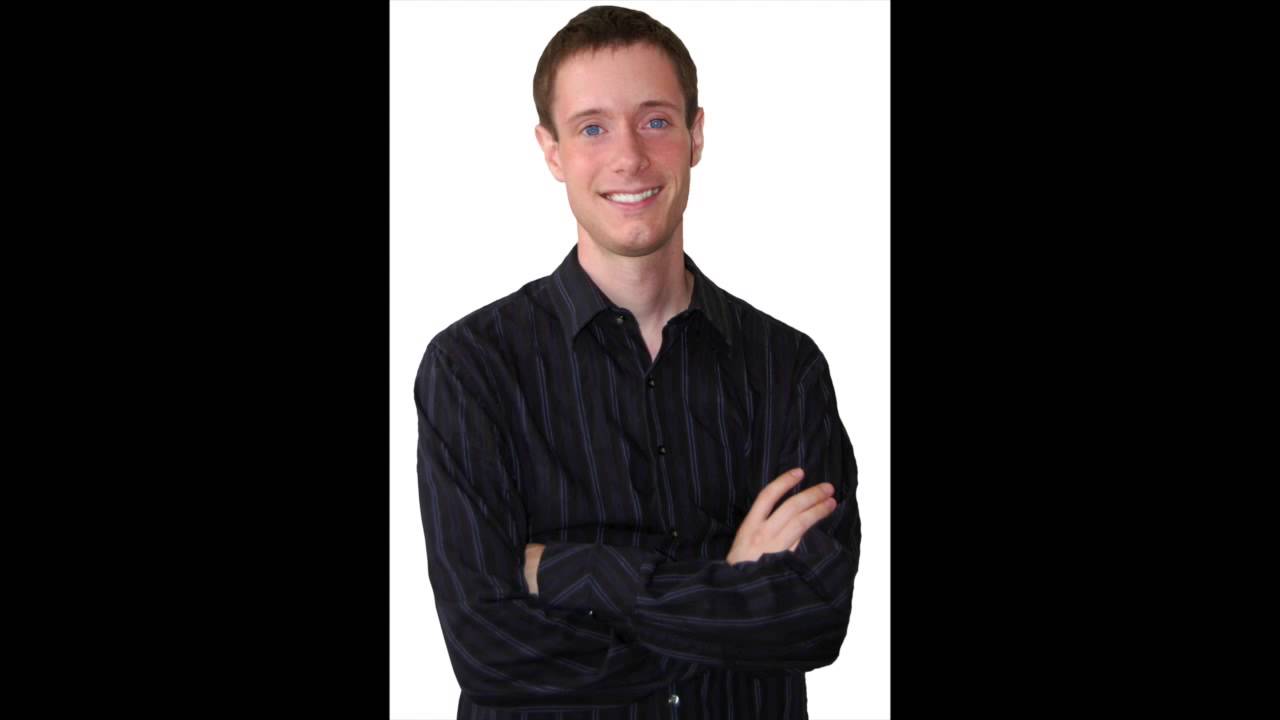 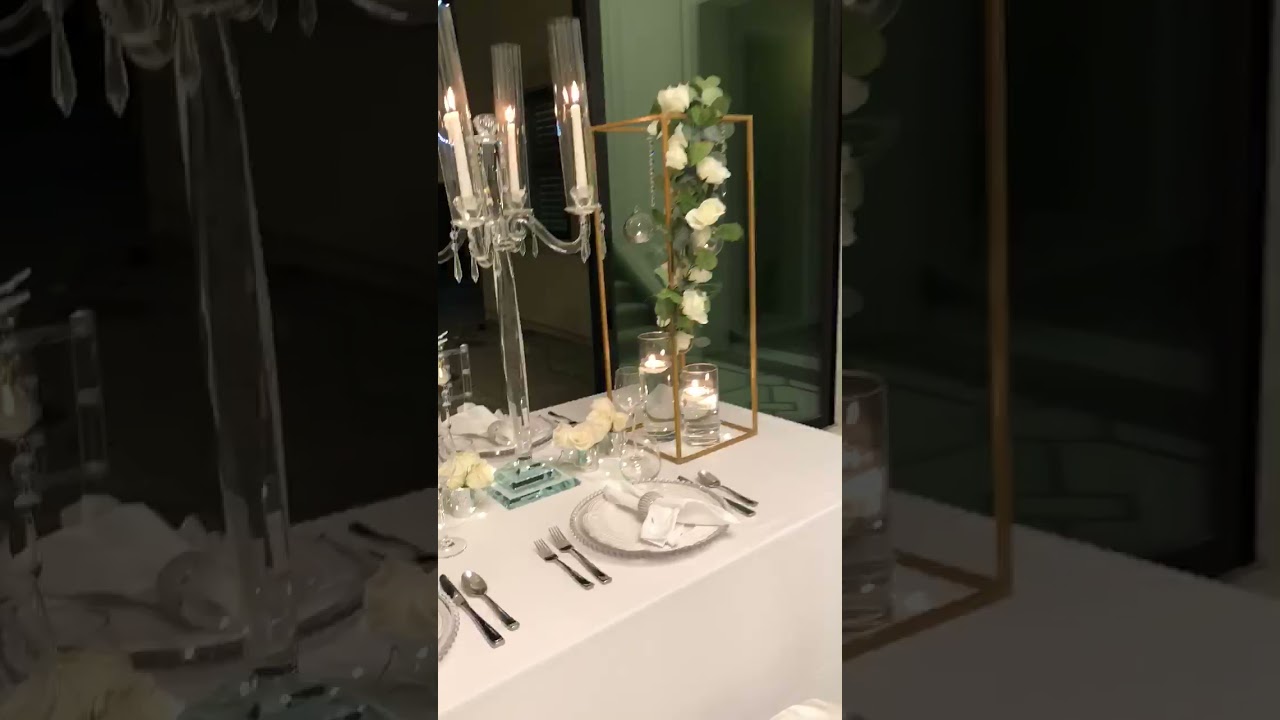 Dinner Party - All of Me, by John Legend 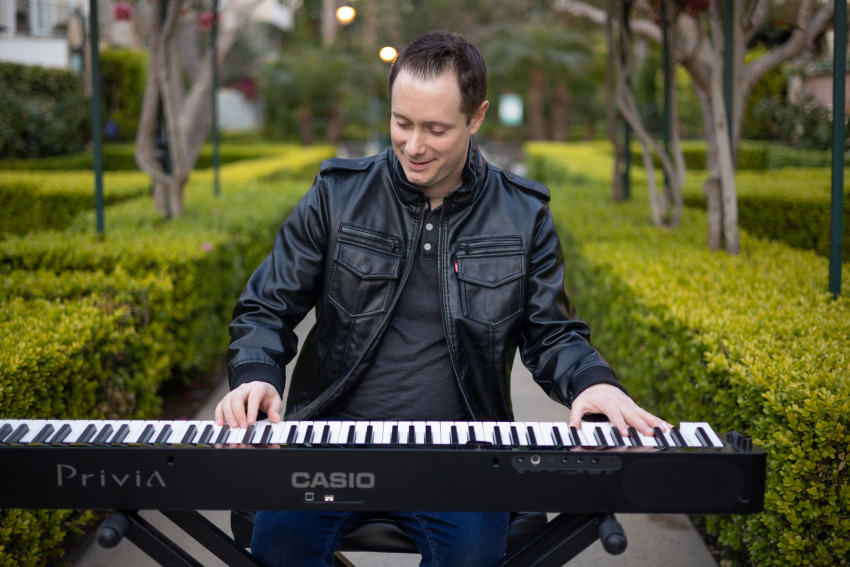 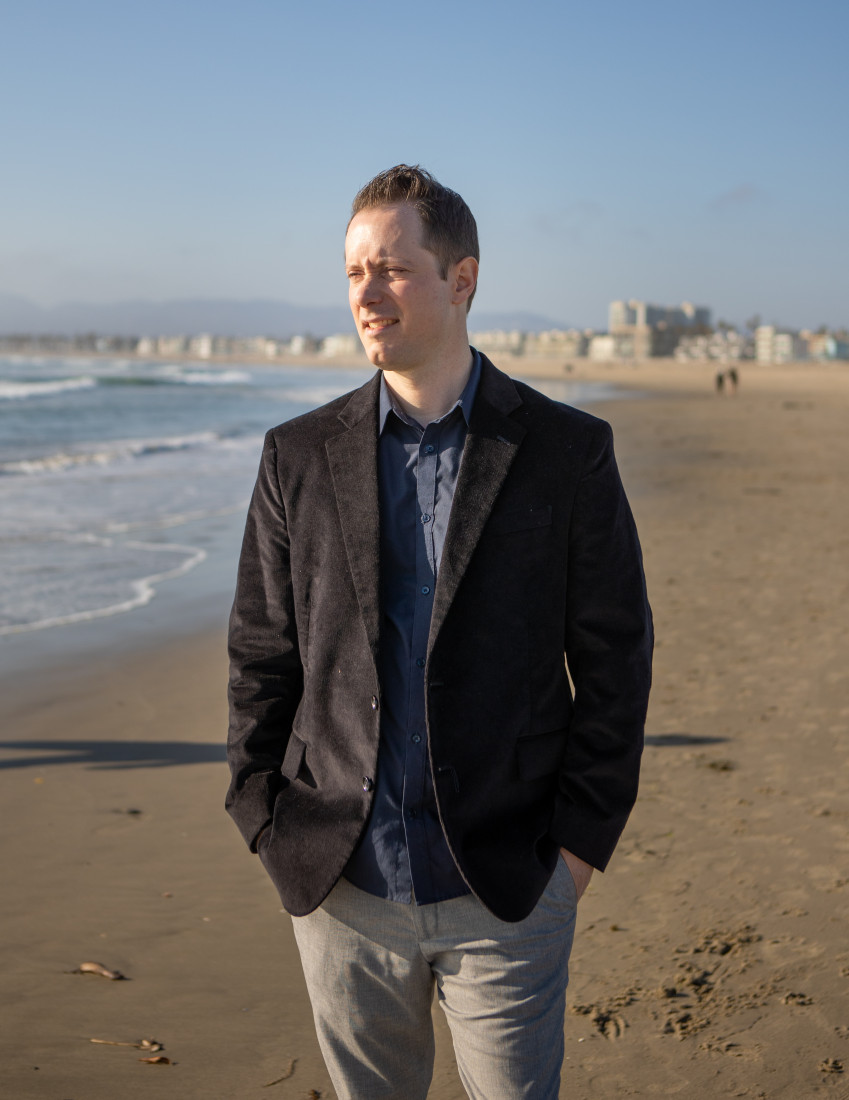 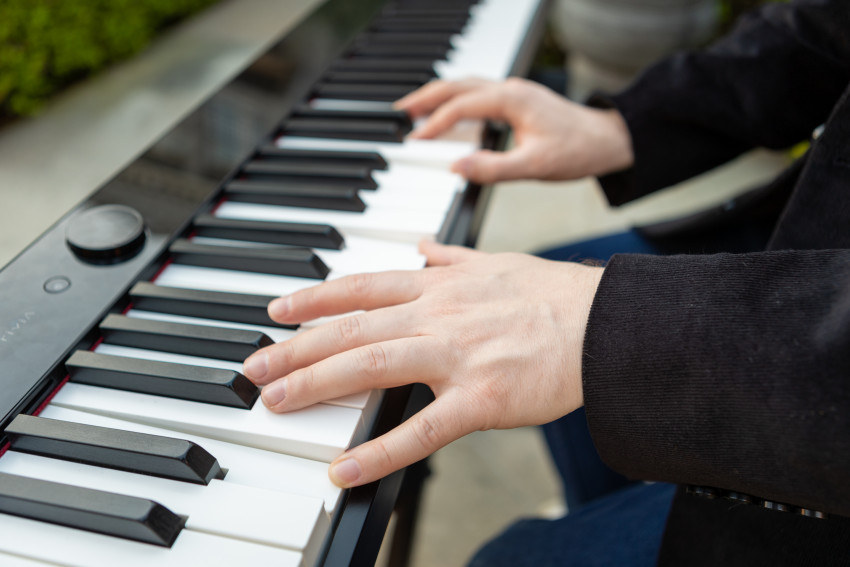 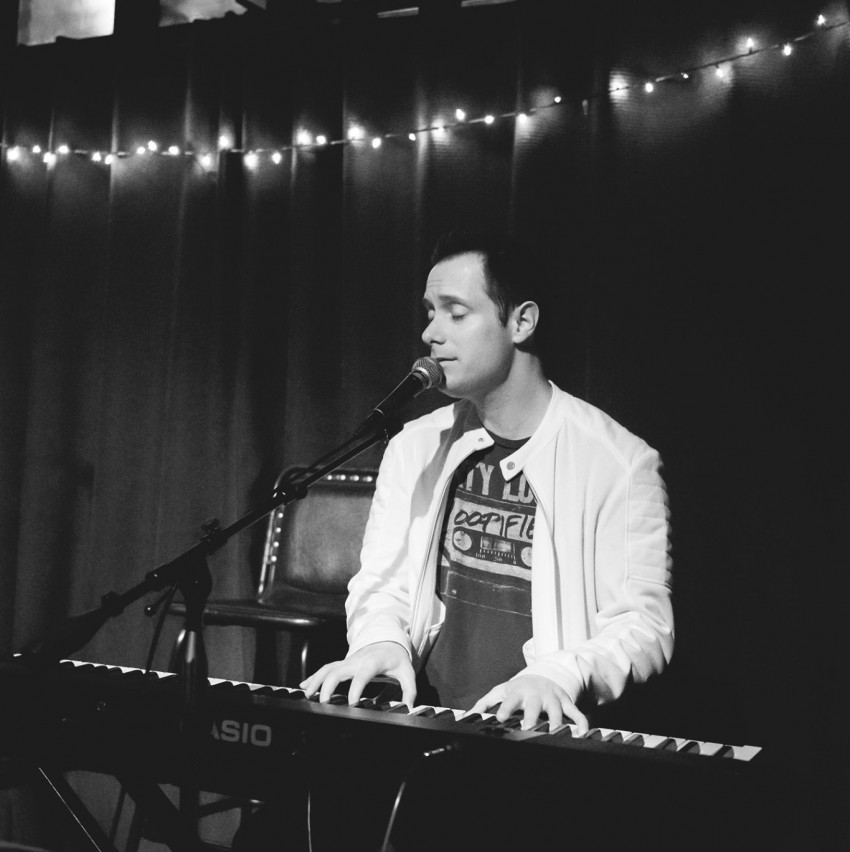 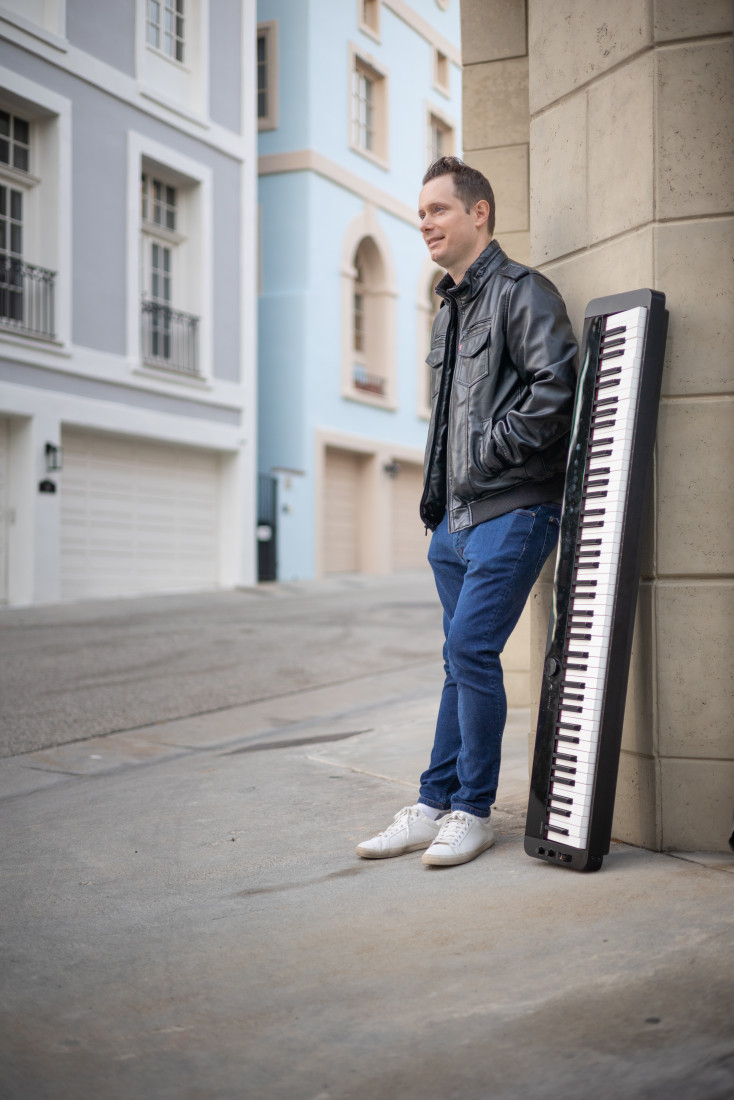 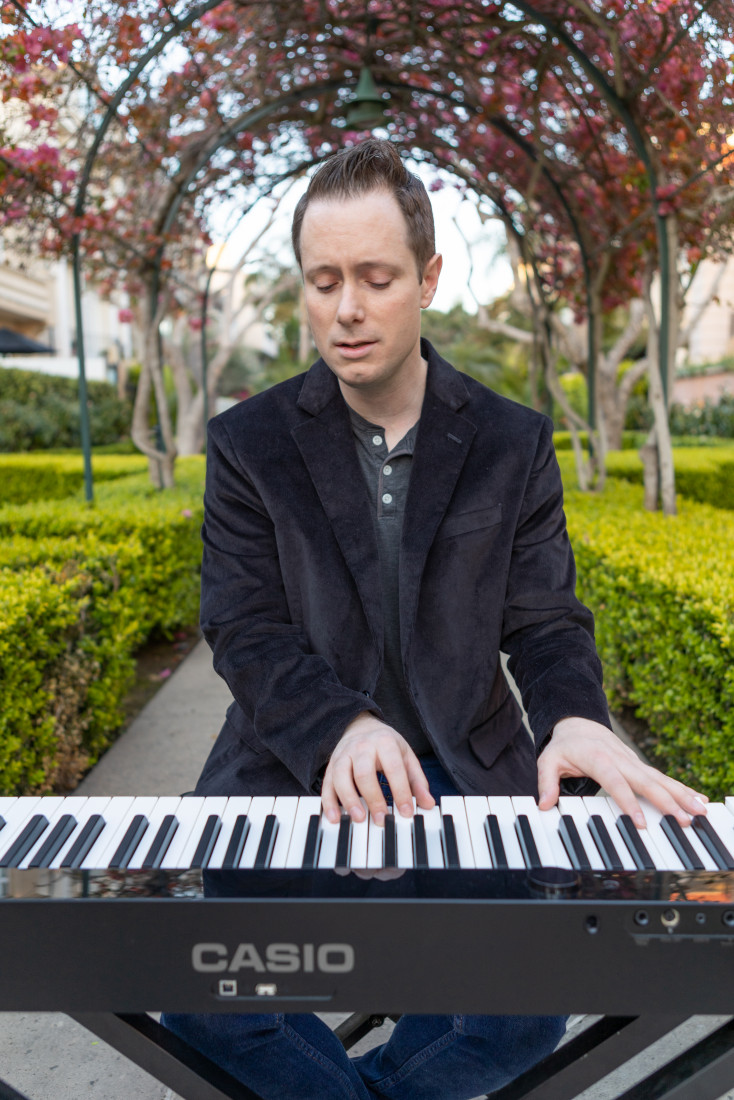 Joel Brandon is a professional pianist and singer who has performed for hundreds of weddings, private parties, church services, and more, with a consistent record of client satisfaction - and the testimonials to prove it! With an extensive song list of pop, jazz, rock, holiday songs, and more, he is sure to meet your musical needs, and can also take your custom song requests. He can perform as a singing pianist, solo singer, or solo pianist.
*FULLY VACCINATED*

Joel was AMAZING!!!! Hire him!

Joel was AMAZING!!!! He has played for two of my birthday parties. He can play a huge list of songs. Everyone can sing along. One of my parties was a wine party and he was the perfect ambiance. He has such a great voice and he is so talented on the piano. We will definitely be hiring him again!!!!! If you are looking for some live music for a party or event definitely hire him.

Joel was great at our holiday party, he's an awesome piano player and had a great voice! We will definitely be using him again!

Joel Brandon was amazing. He performed for my Mother's 70th birthday brunch of around 50 guests. I asked that he'd play comfortable background dining music and he knew exactly what to play without skipping a beat. He amazed all of us with his beautiful voice and very talented keyboard playing. Joel was also nice enough to share a playlist of some of his songs and the many songs I recognized were played so well. Joel was a professional from start to finish, he showed up early to setup, he was clean cut and well dressed, and always stayed in contact prior to the event which assured me that he would not be a no show. I will definitely book Joel again and recommend him without a doubt. Thank you Joel for making our party great...

Joel Brandon was exactly what we needed for our event, the Valentino Memorial Service. This service is the oldest annual event in Hollywood history. We wanted a polished, professional singer/pianist who could impress not only our attendees, but the 3,100 people who watched the service on Facebook Live. Joel showed up on time, played the requested songs and has a great voice. He even added background music before/after. Needless to say, everyone was pleased with Joel Brandon. Highly recommended.

Joel Brandon is an incredible artist. He performed at my mom's funeral and did an amazing job. I was so impressed that he was able to find the music and perform several songs that we're not well know as well as sing one in Italian!!! EVERYONE commented on how good he was. There wasn't a dry eye in the house. I would highly recommend him for ANY event that was looking for live music. It was a blessing that my brother found him.

I hired Joel Branden to play for a dinner party where I proposed to my girlfriend (now my fianceé). Because of his eloquent contribution to our engagement, he will always be a part of our story. Thank you Joel, for making that night extra memorable.

The best pianist and singer around

Joel was our performer for our wedding. He played the piano and performed all the songs requested. He was amazing to work with and made sure everything was perfect for our special day. He kept the crowd entertained and most of all he has a beautiful voice! We would definitely hire Joel again. So if you are looking for someone that has a beautiful voice and can play different genres of music...look no further! Joel is your guy. Thank you again Joel!

Whether you're looking to set the mood with background music or inspire your guests with a featured performance, Joel can meet your needs. He has extensive experience playing and singing for many situations, from a wedding ceremony to a rousing piano bar.

Joel Brandon is a professional singer, pianist, composer, producer, and teacher based in Los Angeles. He has played for hundreds of private events including weddings, parties, and church services, with a consistent record of client satisfaction - and the testimonials to prove it! He has an extensive song list of pop, rock, classical, and jazz, and can take your custom song requests. He has produced music for feature films, short films, theater productions, concert works, and singer/songwriters. He has been playing piano since the age of 6, when he began classical studies, and soon branched out into jazz, film scores, and pop music. He is a lifelong singer in church and community groups. He holds a Master of Music in Media Writing and Production from the Frost School of Music at the University of Miami, one of the nation's top music schools. He also holds a Bachelor of Arts in Music Composition/Vocal Performance from Messiah College.

Requires 1 outlet for keyboard and amplifier. Provides own keyboard, amplifier, and microphone.

Alone
Anything At All
Sunny Weather
Unreal
We Need Each Other

*All songs can be arranged for solo piano if desired