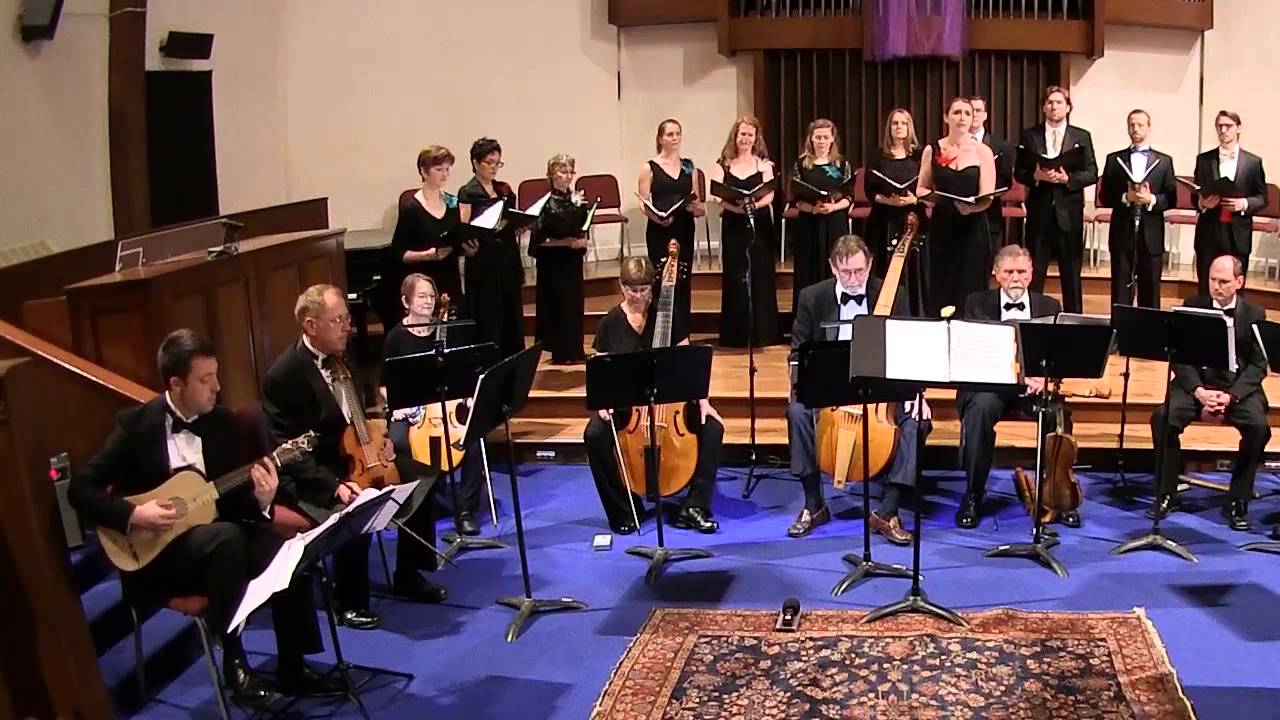 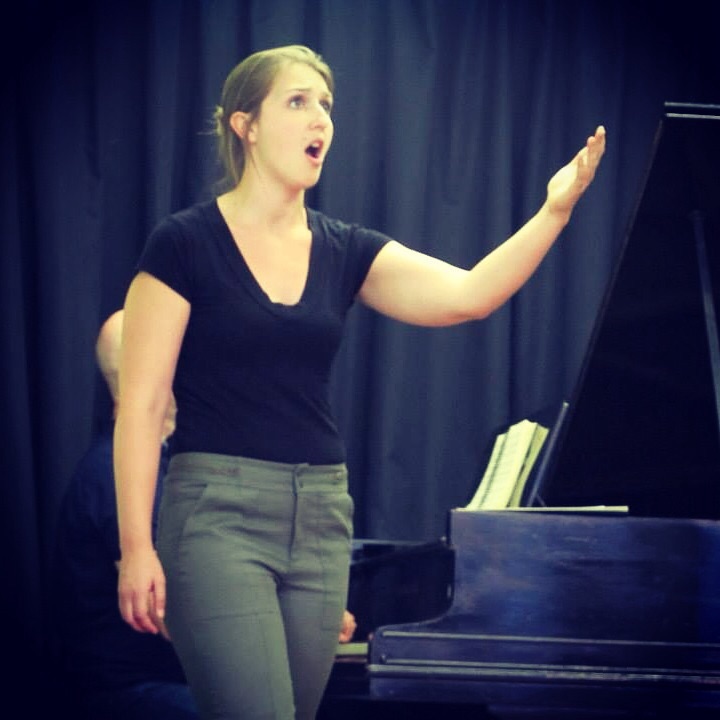 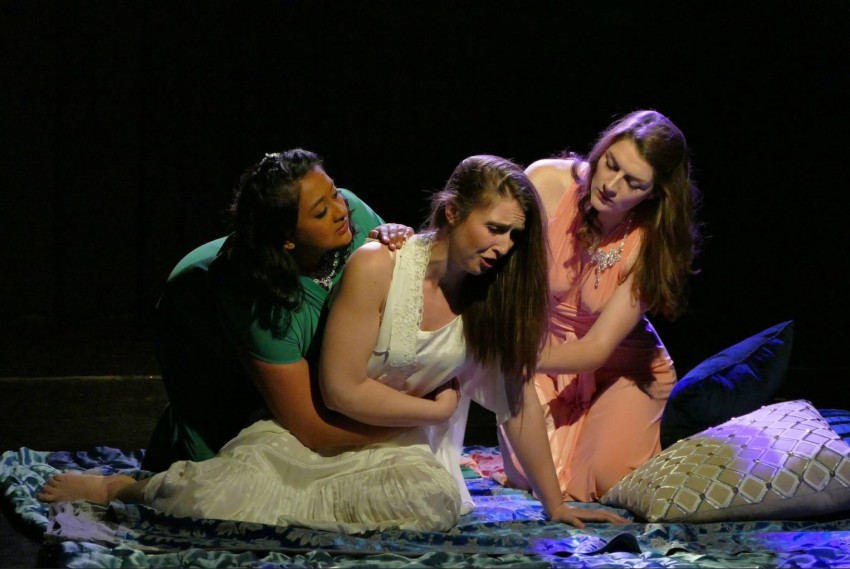 Ms. Winn has 10 years of professional performing experiece throughout the San Francisco Bay Area and New York City and can provide vocal entertainment for any party and event. Jessica can also give private recitals for birthdays, fundraisers, banquets etc. Can also aid in finding a pianist if necessary.

Excellent addition to our concert event and came prepared and was easy to work with. Highly recommend!

Jessica serenaded my parents in their backyard for their 60th wedding anniversary. It was simply magical! Not only does she have a beautiful, well-trained voice, but she also connected with them and made all of us feel that we were at a command performance! She learned a requested piece and spoke about each piece knowledgeably. It was a great event.

Jessica’s professionalism, her lovely mezzo -soprano voice and personal touches made our birthday celebration so special. How she could pull this off so well while singing outside during a Pandemic and a heat wave is a testament to her person warmth and great voice. Brava!!!

She was professional. charming, easy to work with, and her singing was superb. She deserves a stellar career in the opera world

Jessica was a complete professional! She is so talented! Everyone at our Church Luncheon was amazed by her talent! She has a beautiful singing voice and will hold people's attention! I can't say enough great things about her.

Jessica Winn was a total complete winner. Everyone was enchanted with her and her lovely voice.
It made the party memorablel
Thank you

Jessica was the BOMB!

I was looking for an opera singer...A Professional Opera Singer, and I found Jessica.. She was very professional, on time...I repeat on time... and even though she had not had the material to practice before hand, (because of me..) She killed it! We couldn't be happier! Yes, I would refer her to anybody looking for someone who is very easy to work with and someone who can caaarrrryyyy a note! And that's Jessica! We definitely will be using her again!

Hailed as a vocalist with “pure colors” that capture “ethereal qualities” in her performances, mezzo-soprano Jessica Winn has made her mark in the Bay Area classical vocal community. Making her professional vocal debut in 2011 with the Hartford Symphony Orchestra as the mezzo-soprano soloist in Stephen Montague’s Requiem, Ms. Winn has taken both the operatic and choral stage, performing a vast array of styles and periods from Baroque to Contemporary.

Most recently, Ms. Winn has performed with Berkeley Chamber Opera as Laura in Verdi’s Luisa Miller and covered the role of the Secretary in Menotti’s The Consul. She is a current member of the Marin Baroque Choral, featured as an alto soloist, most notably singing Monteverdi’s “Pianto Dalla Madonna” in the ground breaking concert A Girl Called Mary November 2016. Ms. Winn also recently performed in San Jose Opera’s productions Die Entfuhrung auf dem Serail, Cosi Fan Tutte and Lucia di Lammermoor and as a soloist in West Edge Opera’s production of Leoncavallo’s La Boheme.

Other notable operatic moments have been La Madre in Golden Gate Opera’s Production of Puccini’s Madama Butterfly, 2nd Witch in Purcell’s Dido and Aeneas with Marin Baroque (2015), the title role in Handel’s Radamisto with the Manhattan Opera Studio Summer Program, Pitti-Sing in The Mikado with Lyric Theatre San Jose (2014), the title role in Rossini’s La Cenerentola and Cherubino in Le Nozze di Figaro with Opera On Tap San Francisco (2013). Jessica has also performed with West Coast Opera Works, San Francisco Opera Baroque, and Bay Area Summer Opera Theater Institute (BASOTI). Other roles include the title role in Handel’s Rinaldo, Miss Todd in The Old Maid and the Thief, Second Lady in The Magic Flute, Medoro in Orlando, and Volupia in Cavalli’s L’Egisto.

Ms. Winn has also done a great deal of concert work, performing as the alto soloist in John Rutter’s Feel The Spirit, Come Ye Sons of Art by Purcell, Missa Brevis by Zoltan Kodaly, Membra Jesu Nostri by Buxtehude, Cantata No. 4 by J.S. Bach. She has worked with several prestigious choral groups including The San Francisco Symphony Chorus, The Castro Valley Symphony and Volti San Francisco.

Jessica Winn received her Masters in Music from the San Francisco Conservatory of Music under the tutelage of Cesar Ulloa and her Bachelors in Music from Mannes College of Music in New York City.

English:
Must the Winter Come so Soon from Vanessa
This Journey from Dead Man Walking
The Sun Whose Raise from the Mikado 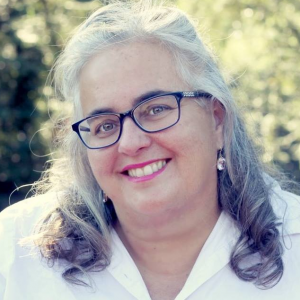 Steve W. said “SORRY for the long delay....sorry my labtop didn't like the COFFEE i shared with it. Just got it back from being repaired. My Brother wasw so overcome…” 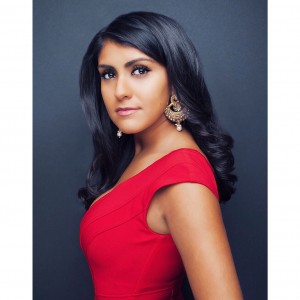 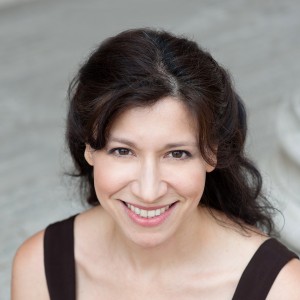 Carol R. said “Gloria performed for my brother-in-law’s 75th birthday via a video. He loved it, made his whole day!!!” 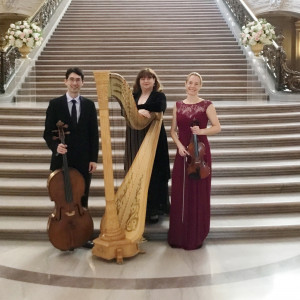 Shaum said “Incredible ensemble. They added so much to our special event.”