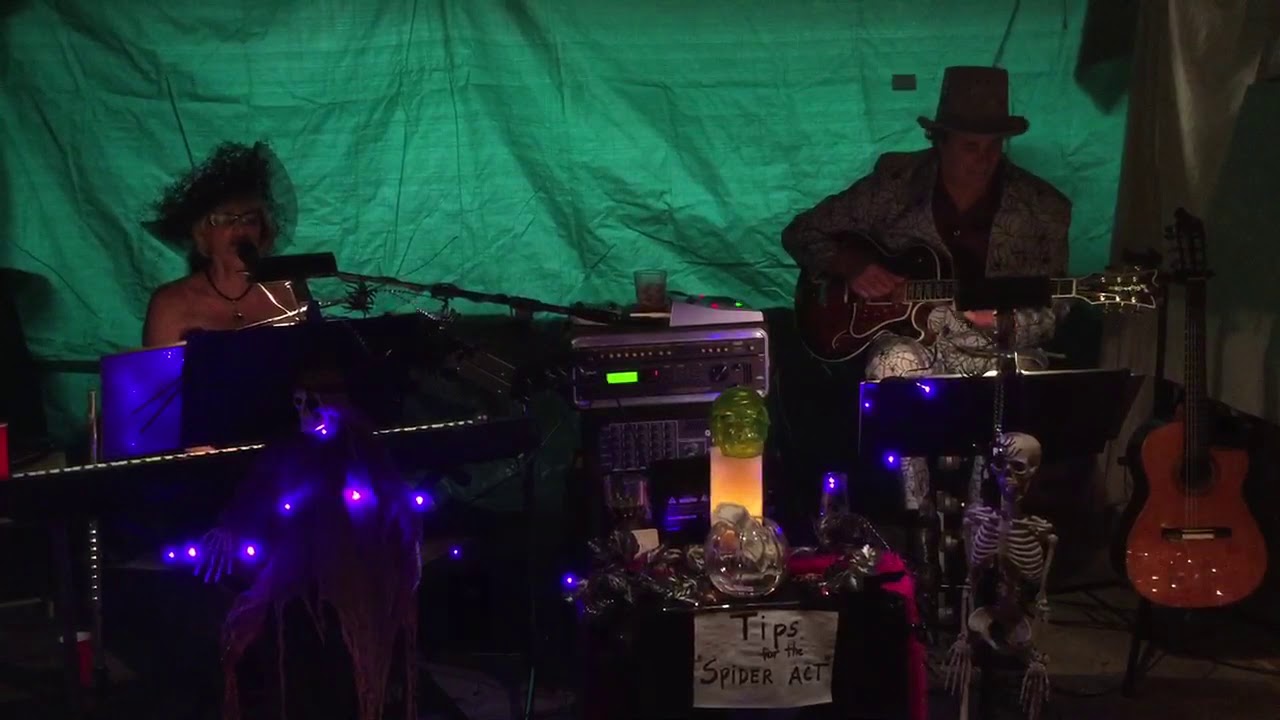 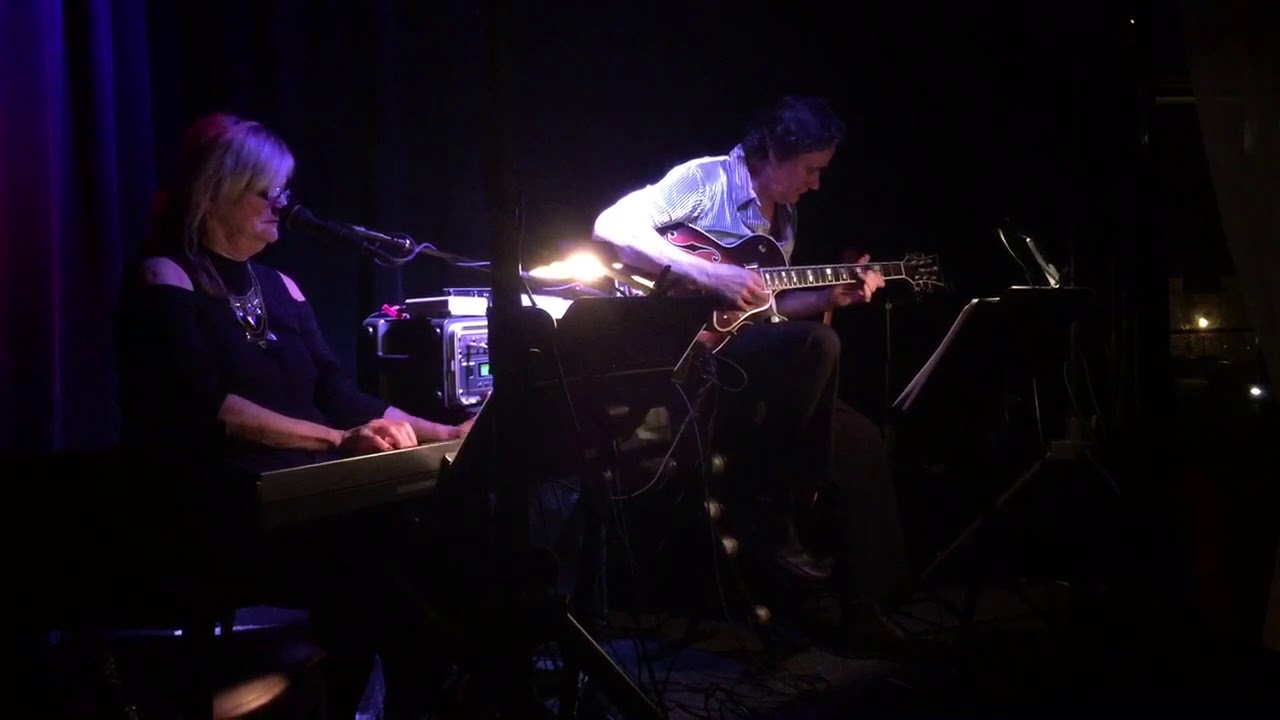 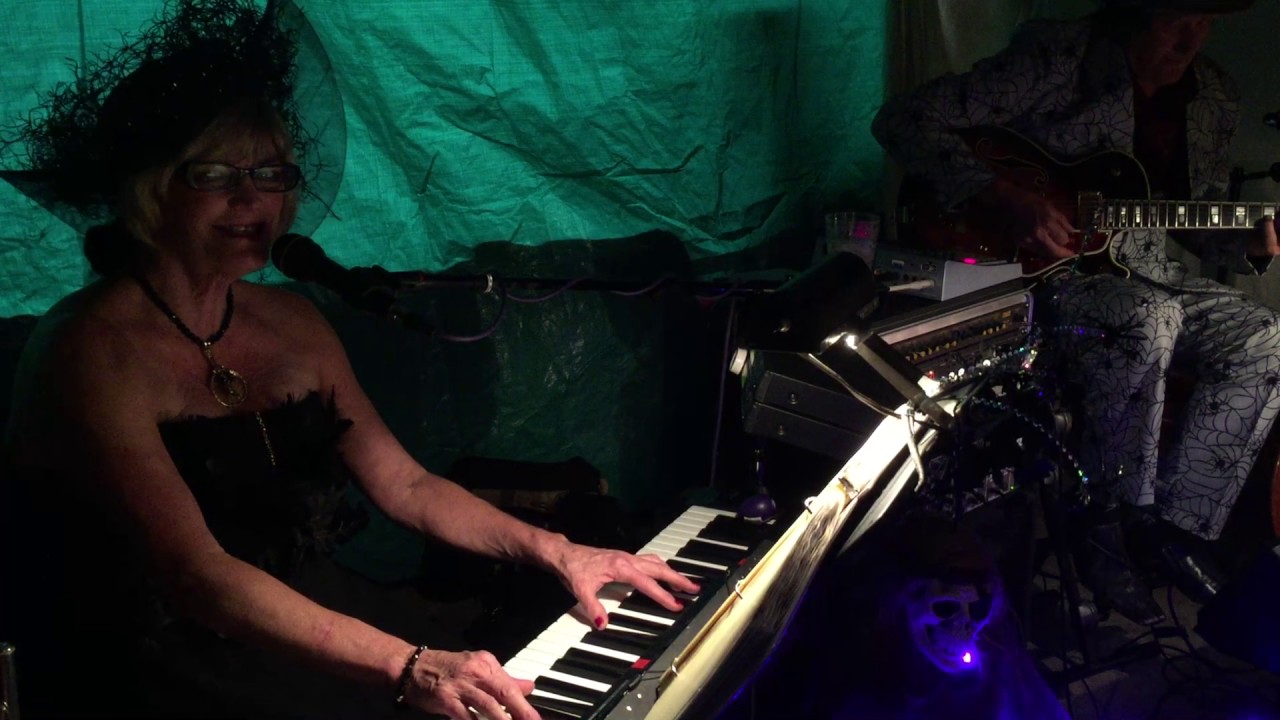 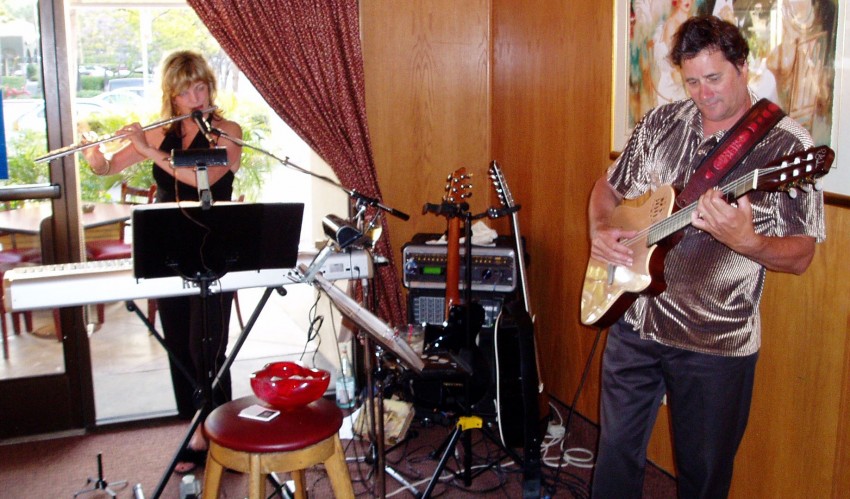 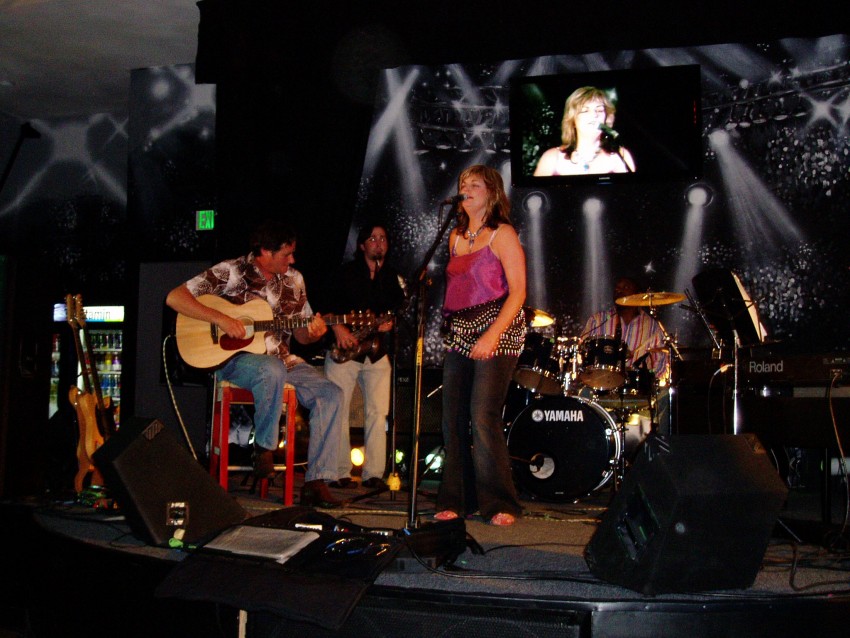 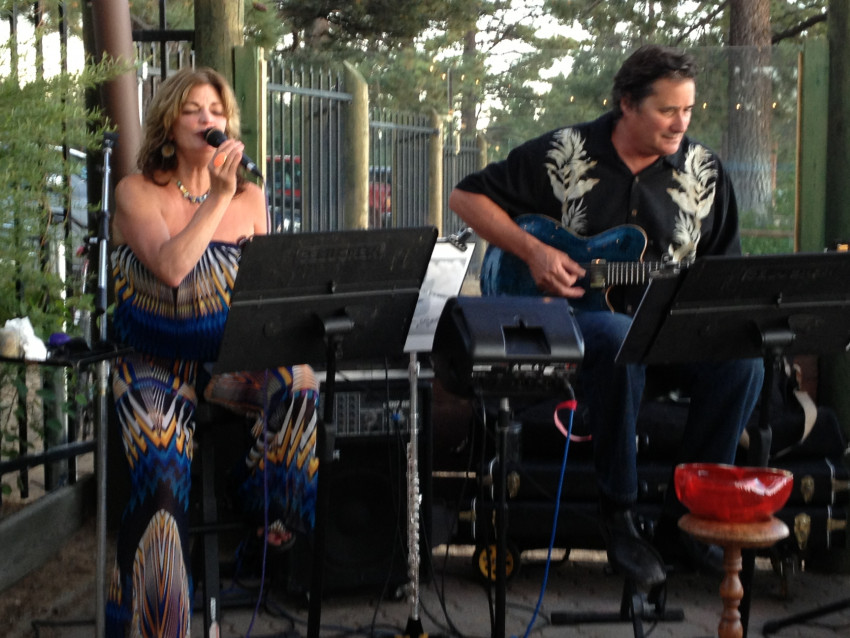 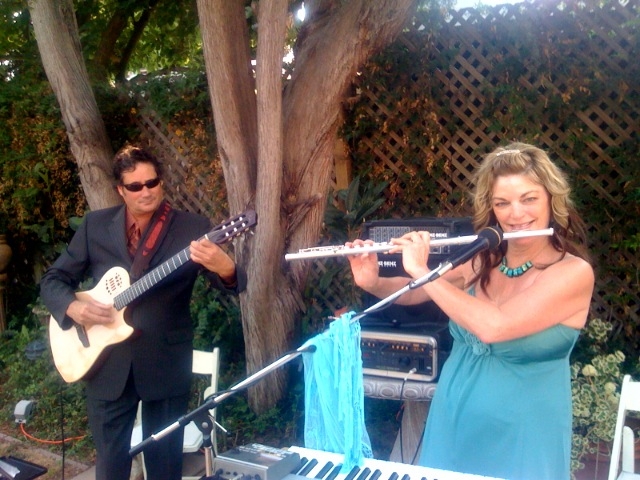 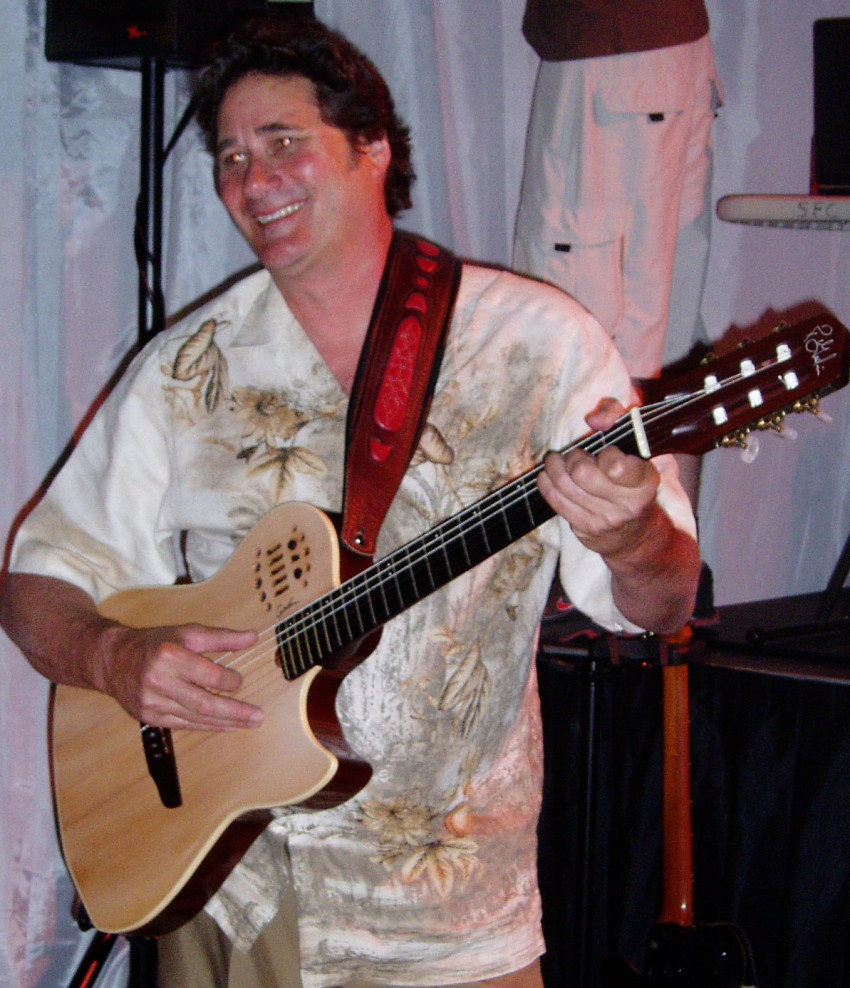 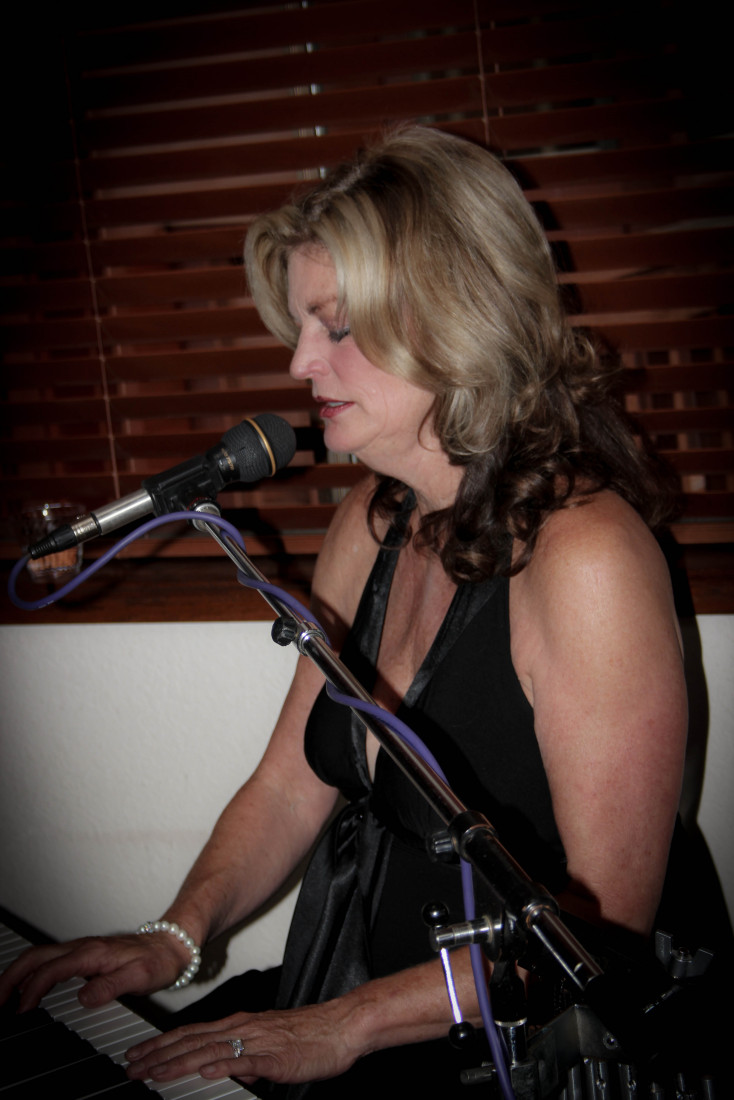 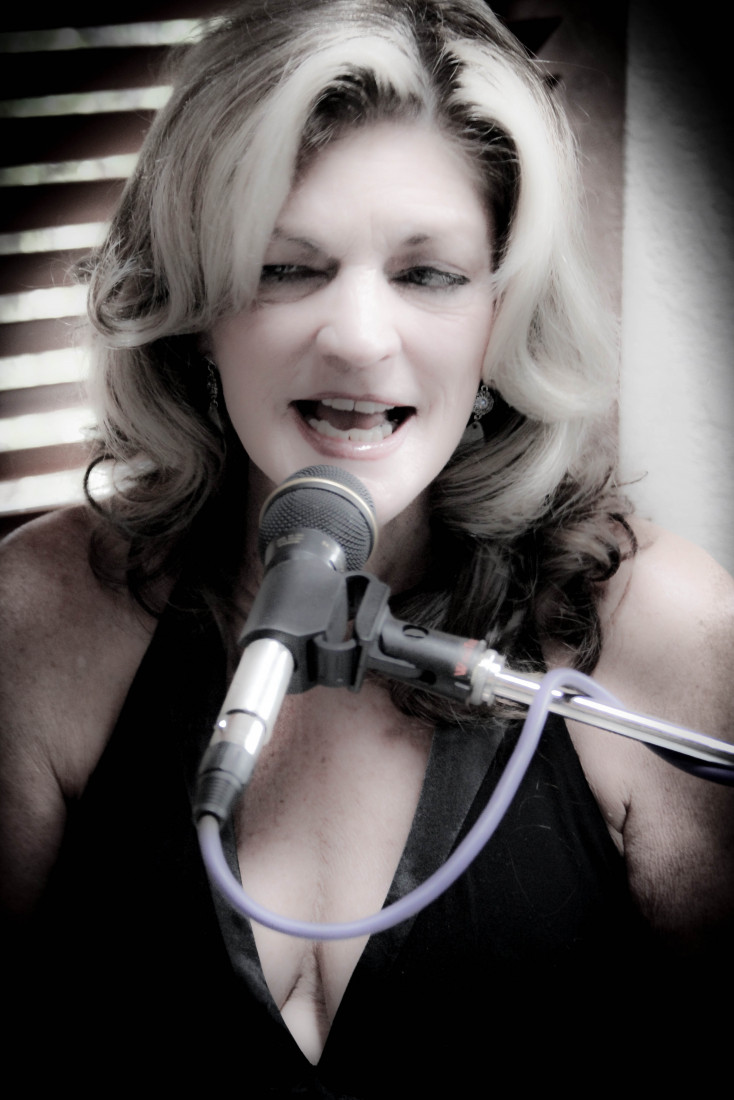 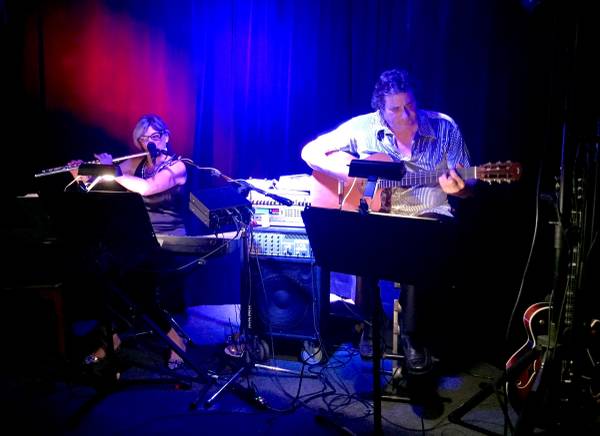 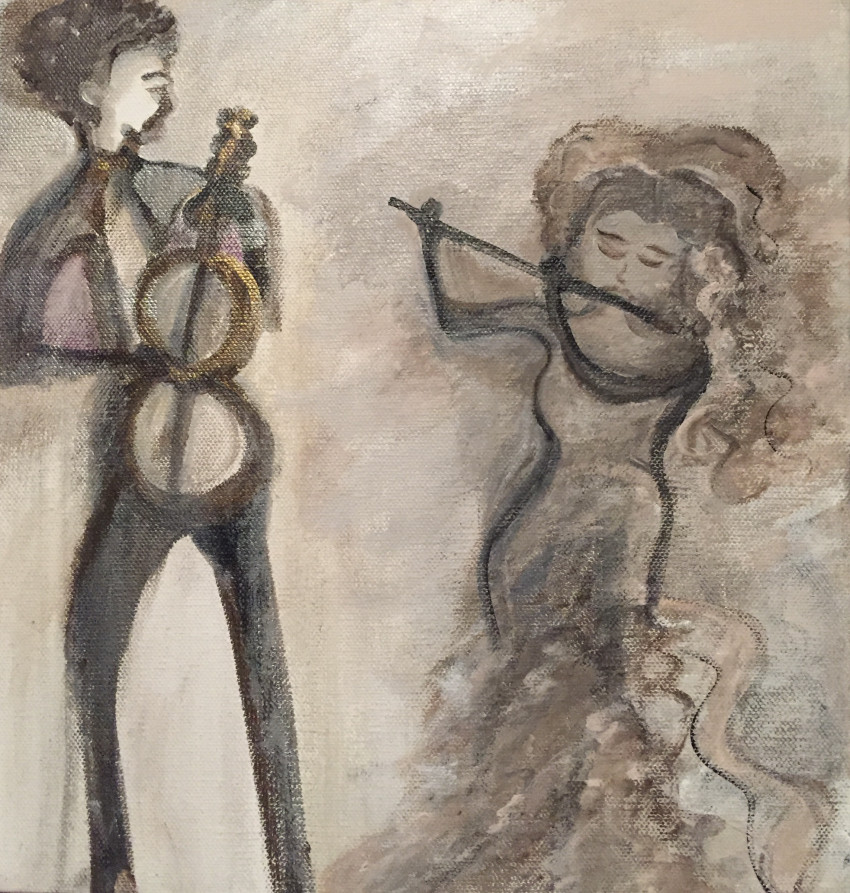 Wedding/Reception & Event Musicians!
Based out of South Lake Tahoe, California, Jazz van Gogh Duo is passionate about delighting wedding-goers with their "One Of A Kind" Stunning Romantic Wedding Ceremony Music, their specialty.
This acclaimed duet is made up of professional musicians Jon and Susan, both of whom take delight in performing memorable original tunes and classic jazz standards. Playing flute, percussion, acoustic, nylon and electric guitars, they are seasoned songwriters who are well-versed in knowing how to dazzle audiences. You and your beloved can rest assured that this duo has what it takes to enhance your big day with an unforgettable performance.

Thank you for a fun night!

Jon and Susan played for my husband’s Birthday dinner as a surprise and they were not only a delight to work with, everyone loved their music and they created such a fun atmosphere. Thank you!

Beautiful Music for an Event

Jon and Susan create a great and beautiful ambience for an event, with their beautiful music. They played flute and guitar at my sister’s wedding and everyone raved about them. I have attended many events where they have played. If you’re looking for a romantic ambience with an easygoing, jazzy jive, their music will fit the bill! Jon and Susan of Jazz van Gogh are professional and wonderful musicians.

Jon and Susan made our wedding the most magical and beautiful experience we could have asked for. They played classical flute and guitar in the forest, even playing original composed music that was perfect and so fitting. They also played jazz for happy hour, with flute, guitar and vocals, and everyone enjoyed the great rhythms, personal touch, and golden jazz classics. Their warmth as a couple, easy spiritedness, and willingness to work together in advance to plan everything out was more than we could have hoped for. We’d recommend them to everyone looking for an intimate and tasteful music experience!!!

I have had the opportunity to have Jon and Susie play at my annual Halloween Parties for many years. They are so talented and can play a wider range of different types of music and instruments. When you hear them, you would think that there are many more people in the band than just the two of them. They are reliable and professional, and I would highly recommend them for any type of event.

They delivered exactly as expected and were great.

"Jazz van Gogh" Exaggerates your celebration! This Music Duo creates ambiance with flair and sophisticated class! we will offer flute, both acoustic steel & nylon guitars and we will sound like there’s a full string section accompany us. We really want to make it magical, moving and special for all!
We offer classic jazz standards on vocal, flute, hand percussion & electric jazz & nylon guitars from the beginning of the reception gathering and then cover the dining portion with softer romantic music.
Beautiful Sounds at Conversation Levels Through a Premium Sound System!

With three musical CD releases to their credit, their diverse music styles have been air-played on “The Wave”, “The Point”, “Hearts Of Space”, “Musical Star Streams” and featured on several other FM radio station formats throughout the years. They also have written original soundtracks for featured video documentaries and musical reviews have labeled their music as “Sound Tracks For The Mind.”
“Jazz van Gogh” Duo performs live music from Lake Tahoe to San Diego for established restaurants, resort conventions, weddings and special events.

They perform with the Spanish Nylon Guitar, Acoustic Guitar and the Electric Jazz Guitar, the Silver Flute, Keyboard & Percussion, along with Sultry Vocals offering a classy sophisticated sound that is tastefully presented as background/midground during conversation such for Wedding Ceremony & Reception, Up-Scale Bars, Wine Tastings and Dinning.

We perform through a "State Of The Art" easy on the eyes compact sound system that sounds quite impressive with quality, clean & pleasant "not in your face" sound levels in 2-3 hour live performances for your event.

We are a one power outlet wonder, We perform through a "State Of The Art" easy on the eyes compact sound system that sounds quite impressive. We are 100% self contained!