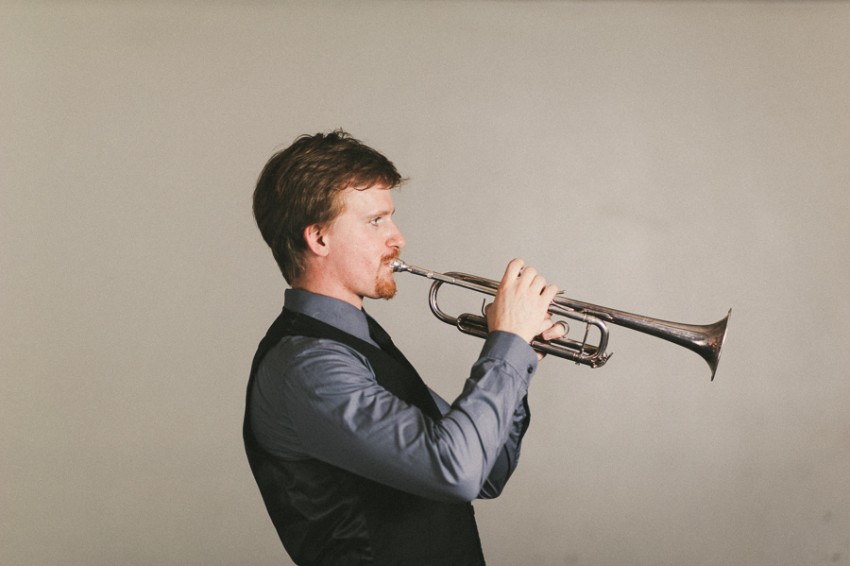 Jacob A. Dalager is a versatile musician that can provide all the musical services needed for your events. He performs in a array of styles as a soloist, in chamber ensembles, brass quintets, jazz combos, orchestras, funk, salsa, rock, pop, and big bands. If the instrumentation you request is not already in existence, he will contract the musicians necessary to provide the exact ensemble you want. In addition, Dalager can provide original compositions and arrangements for a unique performance.

Mr Jacob ,he is very very committed, timely ,attentive ,peaceful ,polite ,respectful, responsible, reliable and professional. I just cant thank him enough for being there for me throughout my concert. God bless Mr Jacob.

Miracle, it my absolute pleasure to have been to help out your music and support the good message in it. Thank you for everything -- the musicians had a blast!

Jacob was excellent! His rendition of the Royal Entrance Fanfare was just as I imagined. My only regret was that I didn't get to meet him personally! I would definitely recommend him and would utilize his services again !

Thank you, Mona! It was an honor to a part of the wedding! I regret I couldn't stay to meet you afterwards either :(

I wouldn’t hesitate to recommend Jacob- he is a very talented musician who is very adaptable and easy to work with. He truly enhanced our special event

Jacob was really good, comes on time,very polite, did an amazing job

Thank you Salome! It was an honor to be a part of such a special event!

Jacob was reliable, showed up on time and played well. He was also very flexible amidst some changing requirements. I recommend him to others. He is definitely a very professional performer.

Thanks for the positive review, Kurt! It was great to meet and work with you! Hope to see you again soon!

Was told by cuneral director we could hire our own musician cor mothers funeral at Arlington national cemetary . I hired Jacob A. Dalager to play "when saints come marching in" then found out only bagpipes are allowed to play ,wanted trumpet ,to me bagpipes would t cut it. Mr. was easy to work with and said he would reimburse his portion of payment due to not performing.

Couldn't be happier with the experience and it was performed exactly the way I imagined 5 STARS!

Hi Joseph, I'm so glad you were happy with the music. Thank you so much for working with me. And a HUGE congratulations to you and your bride-to-be!

Jacob A. Dalager is a trumpet player, composer, and educator in the Washington DC metro area. He frequently performs in orchestras, chamber ensembles, jazz, funk, and salsa bands, and as a soloist in the region. Away from home, he plays with the Rochester Philharmonic Orchestra, Symphoria (Syracuse, NY), and New World Symphony (Miami, FL). In October, he will be making his US concerto debut with the Austin Symphony Orchestra in his home state of Minnesota.

From 2012-2014, Dalager was based in Singapore and performed with the Singapore Symphony Orchestra, National Taiwan Symphony Orchestra, Malaysia Philharmonic Orchestra, Metropolitan Festival Orchestra, The Philharmonic Orchestra, and Orchestra of the Music Makers. He was a soloist with the Jesselton Philharmonic Orchestra, Te Deum Chamber Orchestra, and Celebration Chorus. Jacob was music director and lead/solo trumpet with Singapore's top funk band, the Fungkimunkees, and lead trumpet with Thomson Big Band, both of which performed at the 2013 Singapore International Jazz Festival. Other highlights include concerts with the Moscow Ballet, Grammy-winning New Age artist Kitaro, jazz trumpet sensation James Morrison, and latin jazz band Ireson at the 2014 World Youth Jazz Festival. Dalager's active performance schedule was in addition to working full-time as head brass teacher and instructor coordinator for Partners in Brass.

Dalager graduated from the Eastman School of Music in 2012 with a Master of Music in Performance and Literature and an Arts Leadership Certificate. That same year, he was a semi-finalist in the National Trumpet Competition. While at Eastman, he played classical trumpet in the Wind Ensemble, Philharmonia, Musica Nova, and Opera, as well as lead trumpet in the Jazz Lab Band, Bitchin' Kitchen, and Ritmo Seis. In 2011, he was a finalist for the Morton Gould Young Composers Award. Jacob graduated Magna Cum Laude from St. Olaf College in 2009, receiving Departmental Distinction in both Trumpet Performance and Music Theory/Composition. During his tenure there, he played with all the top instrumental ensembles, and, in his spare time, he founded and led the widely popular jazz quintet, The Shamen. His senior year, Jacob won the MTNA State Competition and the Schubert Club Competition Second Prize, premiered his composition "Goin' Up the Line" with the St. Olaf Band, and soloed with the St. Olaf Band and St. Olaf Orchestra.

Depends on the genre requested.