Hello, my name is Jonathan Orr and I consider is it a privilege and honor to glorify God and edify people through the gift of comedy. I have nearly 4 years of stand-up comedy experience in which I have performed in various cities around the country and released a DVD. Prior to comedy I played professional football for the Tennessee Titans and Oakland Raiders. I am available for conferences, Sunday services, pastor anniversaries, retreats, special programs, etc. I am also available to travel. I would love the opportunity to provide comedy services at your next event. Please visit my website ) for more information. Thank you for your consideration.

Be the first to review J. Orr

Artist Jonathan "J. Orr" Orr, was born and raised on the northwest side of Detroit, Michigan.
In 2001, J. Orr headed to Madison, Wisconsin to attend the University of Wisconsin on a football scholarship. Although he was raised in church, it was not until his sophomore year of college that he realized how much he needed God to clean him up and transform his life. After realizing his current state, he made the decision to embrace Jesus not only the Savior, but also Lord of his life. God would later lead him, along with some friends, to start Worship, Word, and Fellowship; a campus ministry that offered bible studies and faith based activities to college students as an alternative to the party and bar scenes.
In the May of 2006, J. Orr graduated from the University of Wisconsin with a degree in Community Leadership. In the spring of 2006, he was also drafted into the National Football League by the Tennessee Titans. After a couple of seasons in the NFL, J. Orr began working for the Nashville Public School System and currently still does.
On May 26, 2007, J, Orr married his college sweetheart, Heydie . On June 23rd 2009, God blessed them with their first child; a beautiful baby girl named Carsyn Victoria. Later, in December of 2010 they were blessed with the birth of their second baby girl Catheryn Alexandra. They currently reside in the Nashville area.
J. Orr is currently in the process becoming an ordained minister through his local church, Born Again, where he is getting a more in depth knowledge and understanding of God's word in hopes to communicate the heart of God more accurately. He plans on graduating with his ministry license in 2012.
In 2009, J. Orr began exploring his gifts of comedy and music. He began doing comedy at local events and is now a part of the L.O.L (Light of Laughter) Network. L.O.L Network is a Christian comedy circuit based out Nashville. In addition to comedy, he completed his first Christian rap CD called THE A.L.B.U.M. This project was released on November 20th, 2009. Additionally, he started David's Harp Entertainment, which purposes to use creative gifts and talents to glorify God and edify others.
J. Orr has personally witnessed the power of God in his life as well as others. His true passion is watching people find their identity in Jesus and seeing God change lives. He realizes that he has been called by God to spread the Gospel of Jesus Christ and share the Word of God to the world.

The only technical need I have is for a decent audio system. This is for tracks that will be played during my comedy set. 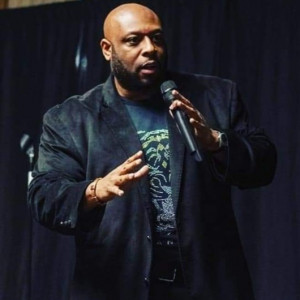 Charlie said “Great comedian who has a lane that is unique. Funny man. Spoke to him after the set. Clean comedy is not a easy thing to do, and he does it very well!”

Erica R. said “Mr. Fields was hilarious and family friendly. We so needed to laugh and he did not disappoint us. It was a fantastic evening! Now it's back to work in…” 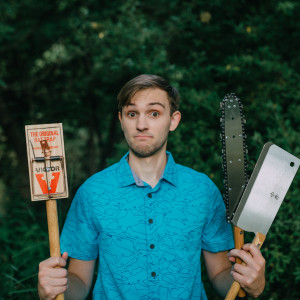 Nerissa Z. said “Nick was absolutely incredible! He always had a line up of kids, but I never heard complaints about how long it was taking. The kids loved it and I am…” 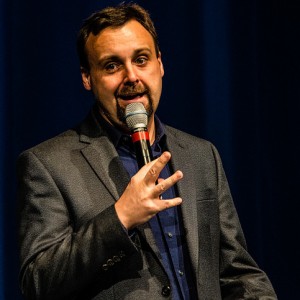 Michael N. said “He was polite and professional. On time and as promised. Jason performed at our senior apartment complex and did an excellent job of relating to our residents.…”