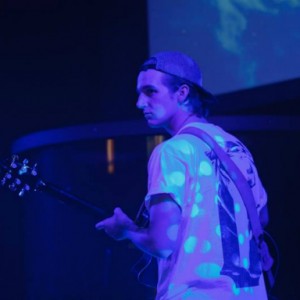 YOU will be in love with my modern coffee shop/folk rock sound. I play all of your favorite cover songs as well as originals. One guitar and one voice? An incomparably unique guitar and vocal duo? Full-blown band? We have everything you are looking for. Book us for ANY occasion in ANY venue.

Be the first to review Iv

We are YOUR band of ANY size! You can book just me and my acoustic, my band of 2 (IV), a full band, or almost any other combination you can think of! If you have a vision, I will do my best to make the connections and make it happen for you.

Interested in the two man duo you won't find any where else???
Book "IV"
Together, with my friend Sean Essary, we are IV (four). We are a two man band made up of two guitars and two voices. We have been playing together now for over a year and a half and have built a unique sound perfect for any occasion: party, wedding, coffee shop, etc.

Hello!
My name is Jefferson Williams. I am a 20 year-old singer/songwriter located in Siloam Springs, Arkansas. I was born and raised on a stage with a guitar in my hand. Lessons on piano, violin, drums, and guitar began at the age of four and soon grew an enriched passion and a borderline obsession with the idea of music. I became the primary drummer at our church of over 800 at the age of twelve and only three years later began leading our youth worship services of 150 from guitar. Around that same time, I joined a teen pop band based out of NYC and we later signed with a branch of Hollywood Records. I recorded and traveled with that band until I graduated high school and decided to go to college and get an accounting degree from John Brown University. I am currently serving in both my school and church worship teams, teaching private guitar/drum lessons, recording and mixing various music projects, and writing as much music as I can in my spare time.

In my experiences, I have danced, sang, and acted on numerous stages in from of as many as 3000 people at a time. In 2009 I won first place at IMTA (International Modeling and Talent Association) in NYC in the category of dance. In both 2011 and 2013 I claimed first place in the urban dance solo category at the AG National Fine Arts Festival in Orlando. In 2012, my band at the time, The Affirmed, received 5th place in a national competition for Christian bands.

One less thing for YOU to worry about. In the case that a sound system is not provided at your venue, we will inquire about renting all of the necessary gear to give you the big or small sound that you desire. We are in the process of purchasing our own live sound equipment.

We take requests in advance!

A decent size area to set up and perform

Ozarks-Serenityclub.com said “The Resurrection turned out to be the perfect music and group that brought our biggest fundraiser of the year together for a successful event. The music…”