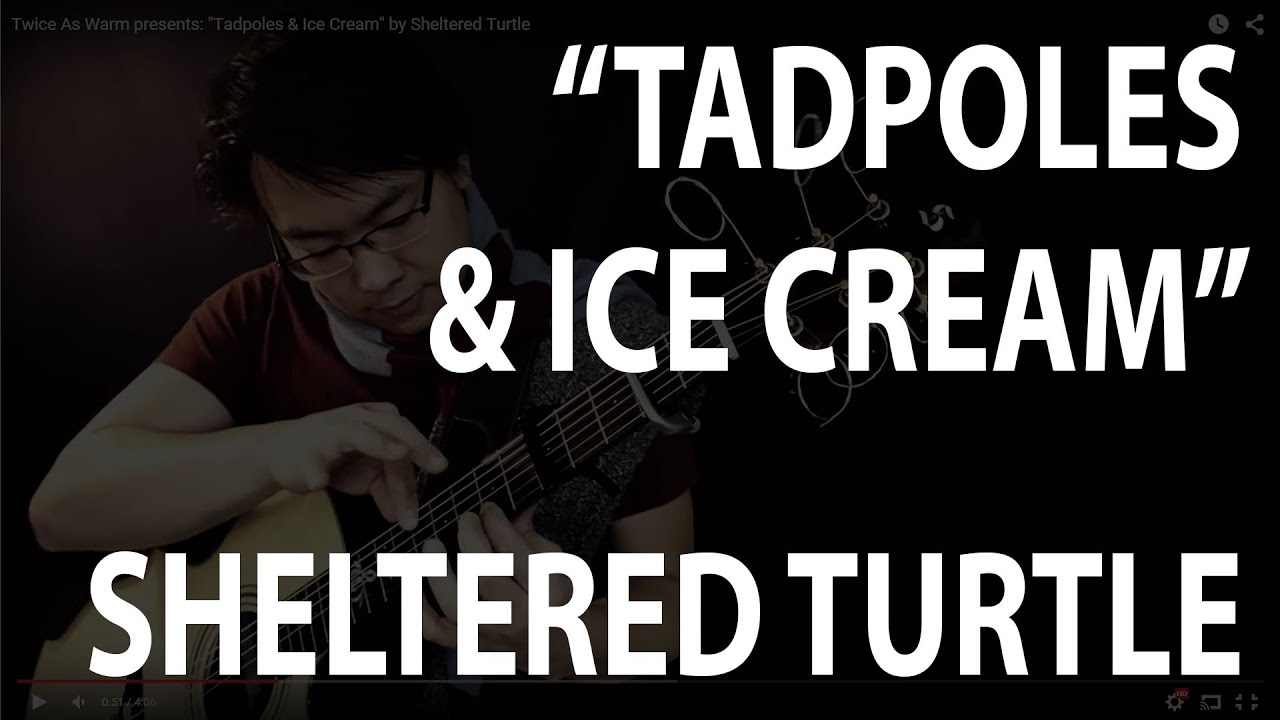 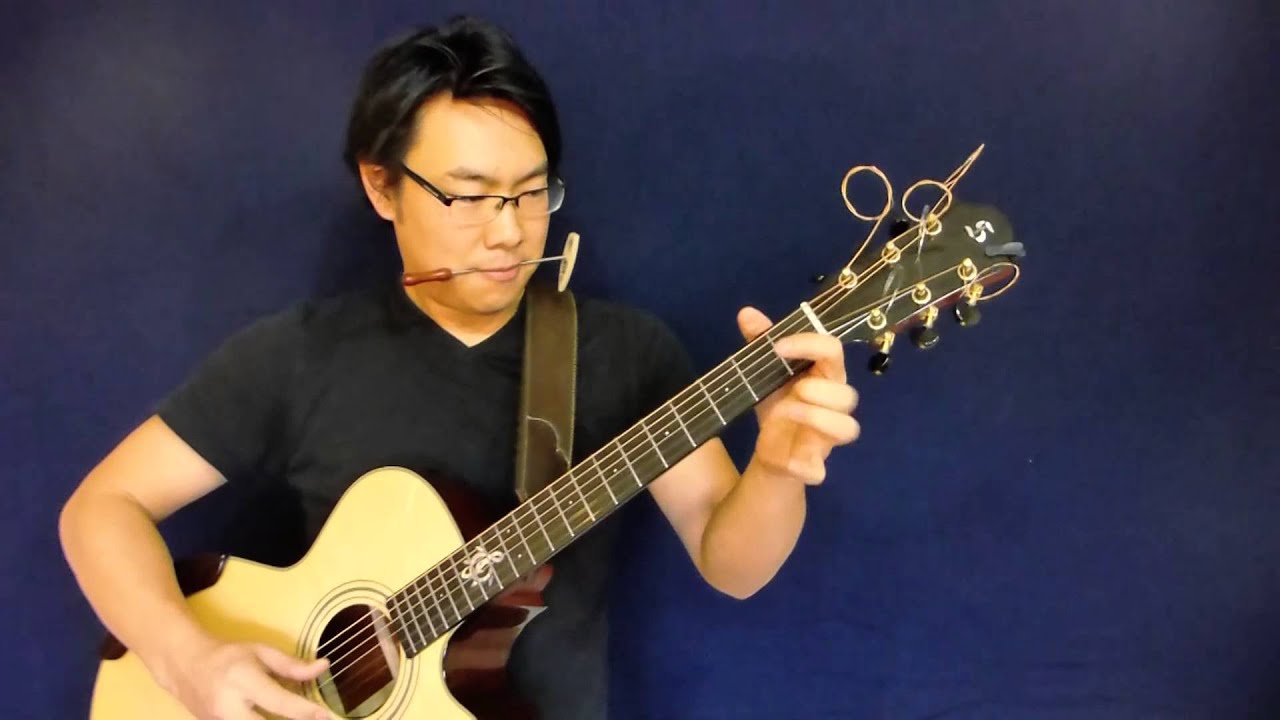 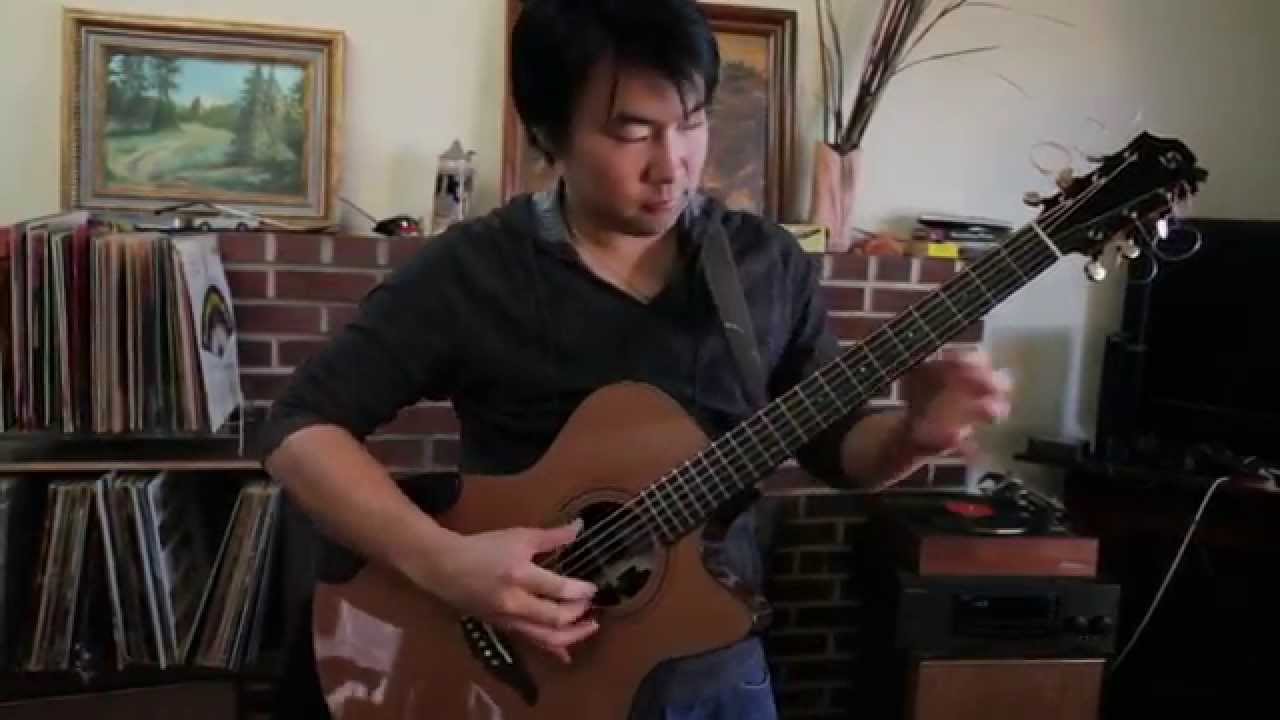 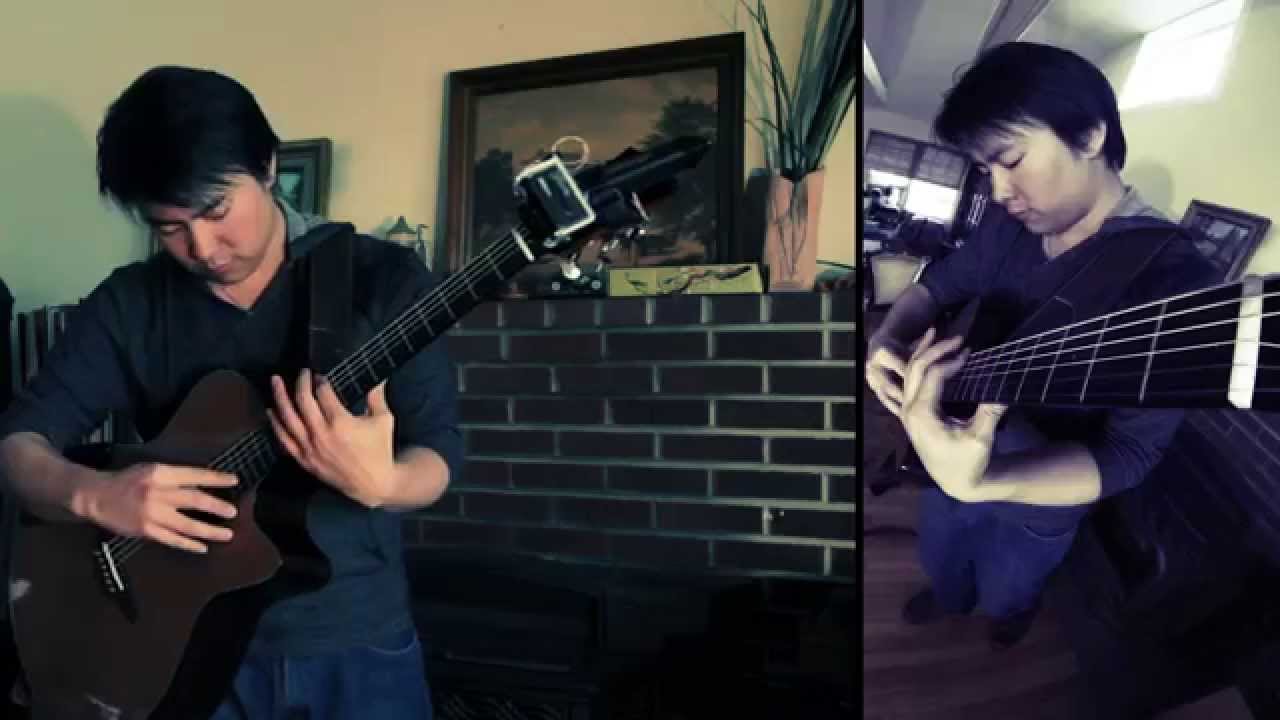 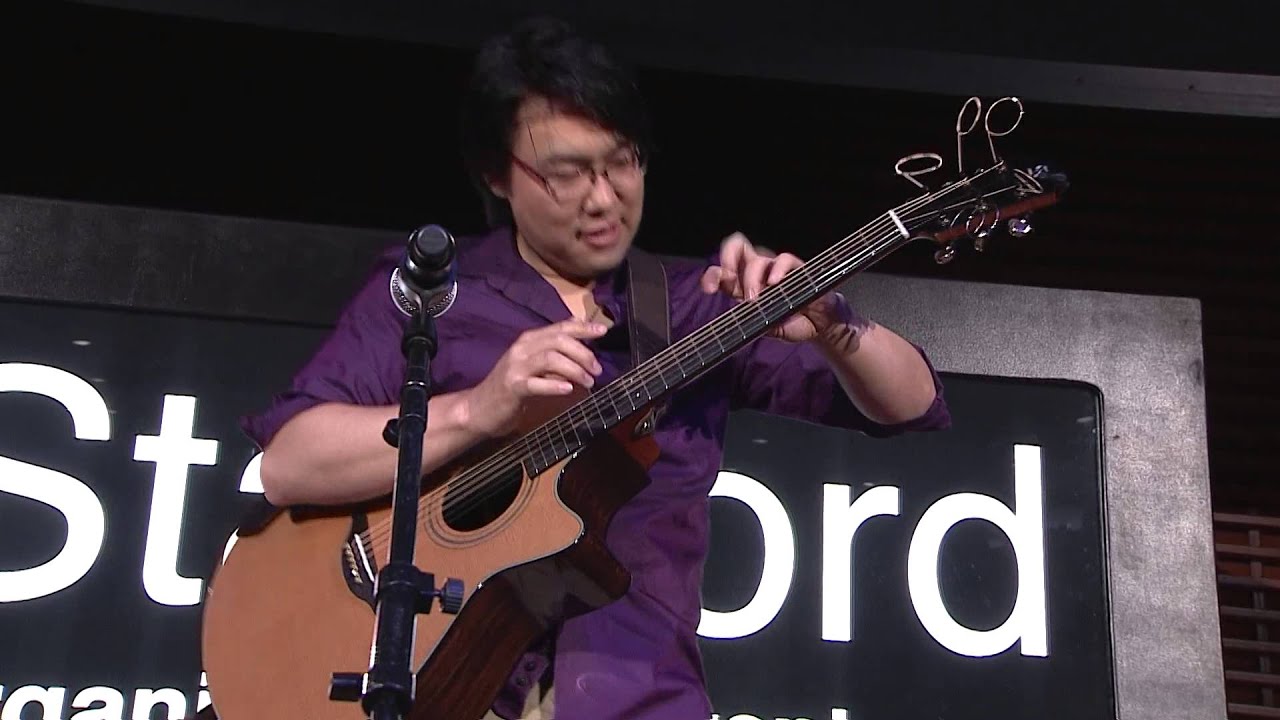 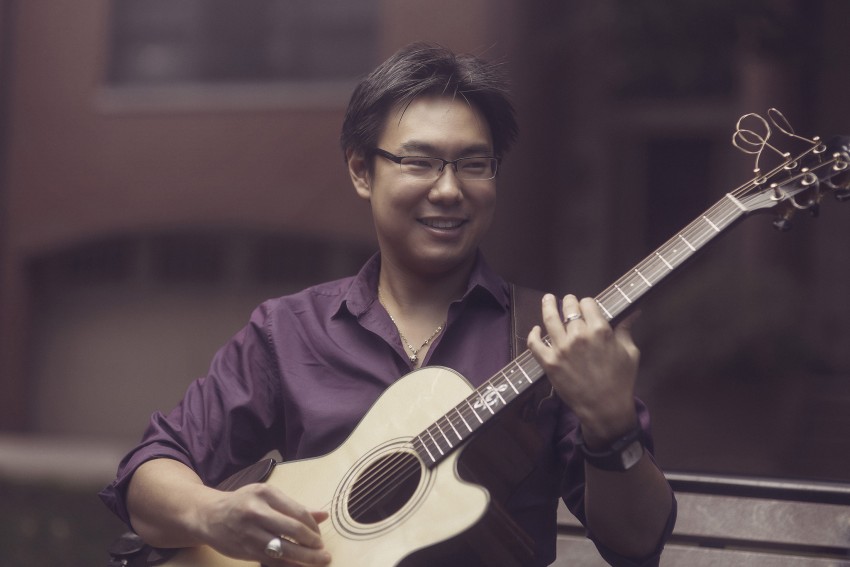 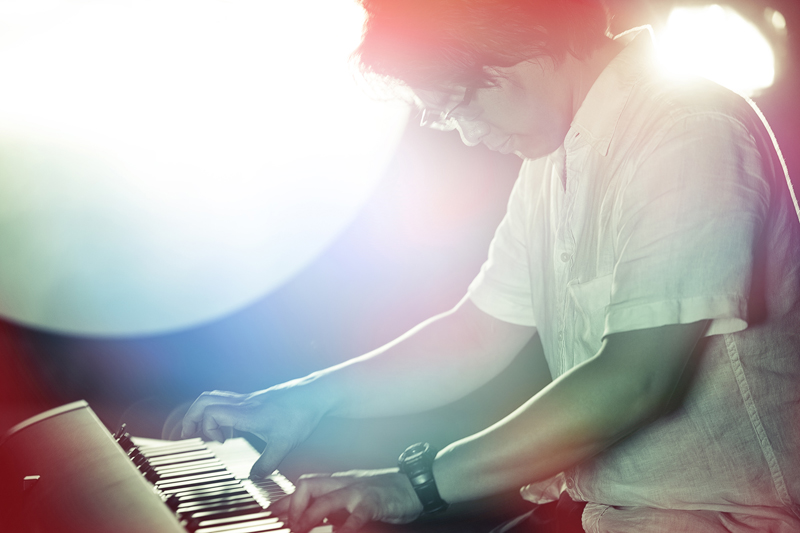 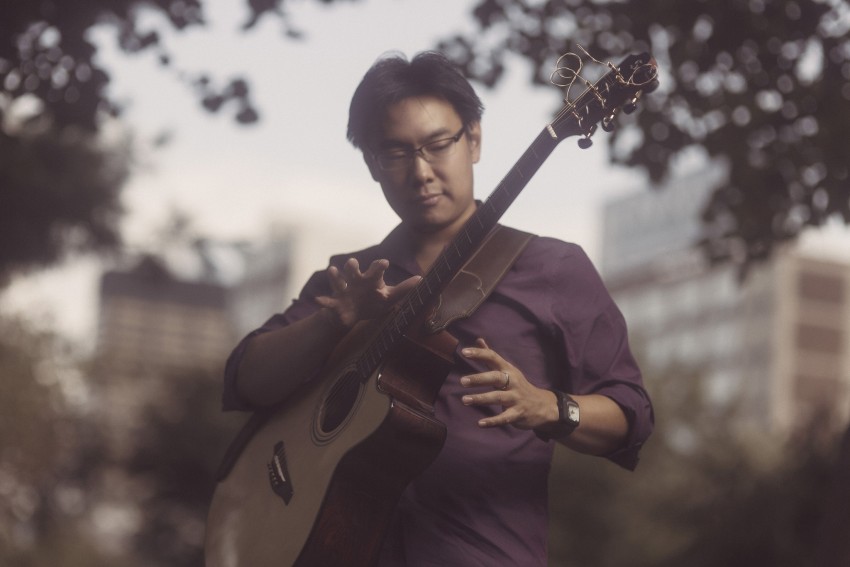 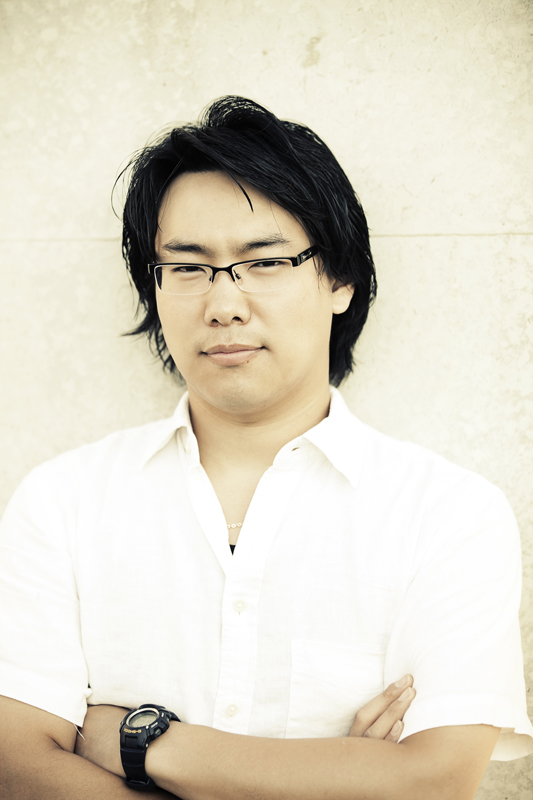 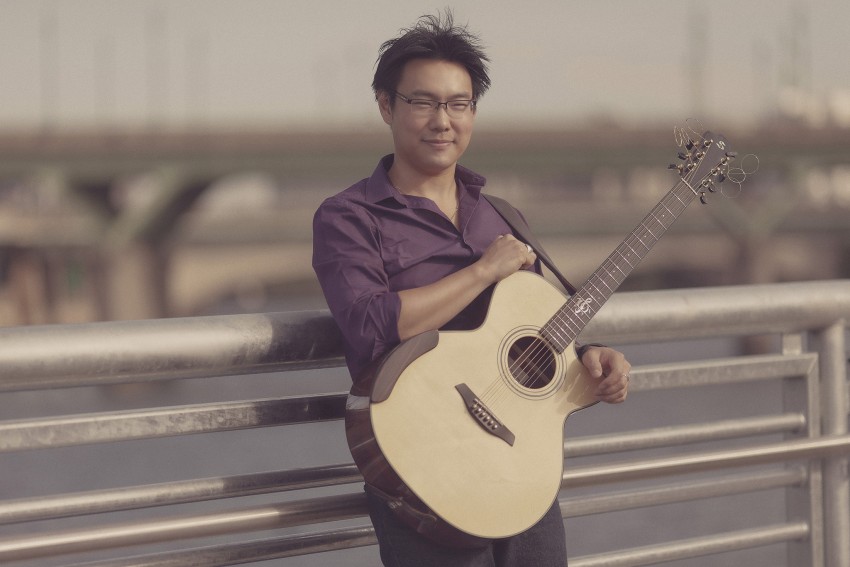 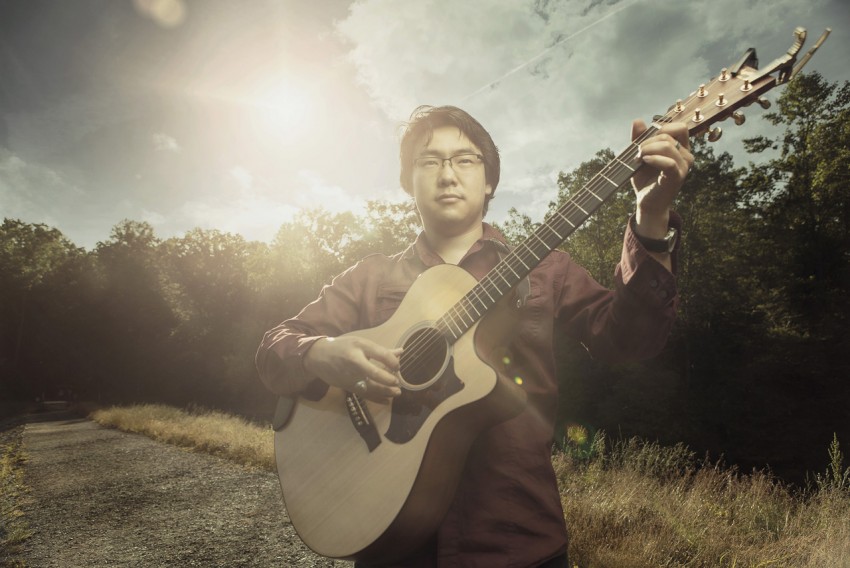 "Nam’s masterly and characterful approach to percussive fingerstyle on acoustic guitar is awe-inspiring. It is something you have to see with your eyes to believe with your ears. Nam uses the entire body and capability of his guitar to create layered harmonies, melodies and at times, Nam plays his guitar as if it were a piano, which I learned was his first instrument … reminded me of why I love music so much and is a performance I will never forget."

Rocked our wedding with class

I write this just after my wife and I returned from our honeymoon and the conclusion is still the same: Henry far exceeded our expectations for our wedding. Incredibly helpful and friendly to work with, and very skilled. He helped choose the songs for the ceremony (guitar), cocktail hour (guitar), and reception (keyboard) by gathering what we wanted, generating samples, and iterating over the options with us. Couldn't have been easier to work with (always accessible by phone or email and quick to respond) and the results were amazing. Simply awesome.

Thank you so much, Michael! It was such a pleasure working with you guys, and the wedding super fun! Your guests were clearly having a great time, enjoying the beautiful venue, and laughing a ton for during the speeches.

Congratulations on the big day, and I look forward to staying in touch to see the amazing places this journey leads you guys!

Henry was awesome for our event. He arrived early and quickly set up without any issue. He played for over two hours and our guests loved his music and entertainment. I highly recommend Henry Nam for your event.

Thanks Gregory! It was a ton of fun playing for your guests for your exciting event (complete with puppies and great food -- always a plus for me)!

Henry was an absolute pleasure to work with from start to finish. He was friendly and helpful in our initial conversation, and from then on he was responsive to our inquiries and willing to work with us in every way. He sent us several samples of his work, adjusting elements more than once to fit our imagined style until we were completely comfortable with the final product. On the day of the wedding, everything went flawlessly, and several people commented on how beautiful the music was. I remember my heart feeling full of joy as I heard the closing guitar chords when walking down the aisle with my new husband! Henry, you have become much more than just our music vendor--you are also our friend. Thank you so much for everything.

Whether you need an unobtrusive soundtrack to enhance the ambiance your event or a feature performer to dazzle and entertain guests, Henry Nam's music can be adapted to create the tailor-made experience of your dreams.

As a background performer (acoustic guitar and/or piano), Nam refuses to simply recite pieces from start to finish. Instead, your evening's musical flavors will change to the mood of the event from beautiful fingerstyle to classy jazz to spicy Latin to rocking blues and everything in between. As an expert improviser, Nam ensures that your music will be completely unique for your event and not a reiteration of the same set list used for every other event.

As a featured performer, your audience will experience a show with an enthralling, exuberant display of musical acrobatics (see video samples) combined with humorous and endearing storytelling to engage all in attendance.

"Nam’s masterly and characterful approach to percussive fingerstyle on acoustic guitar is awe-inspiring. It is something you have to see with your eyes to believe with your ears. Nam uses the entire body and capability of his guitar to create layered harmonies, melodies and at times, Nam plays his guitar as if it were a piano, which I learned was his first instrument … reminded me of why I love music so much and is a performance I will never forget."
-- Sara Lambeth (Da Belly Magazine)

If you're looking for unique, background music for your event that will impress guests without being distracting, look no further! Henry Nam has been performing and delighting audiences professionally for more than a decade for venues such as the Kennedy Center, TEDx, Philadelphia Museum of Art, National Portrait Gallery, and the Kimmel Center as well as for smaller, more intimate events.

Born on a US military base in the Republic of Korea, raised in San Francisco, Germany, Maryland, and Philadelphia and currently based in Washington DC, musician and autodidact Henry Nam is the product of an international, multicultural upbringing that manifests not only in his diverse musical styling but also in his attitudes about the role of the arts as a universal language able to help people of all backgrounds build meaningful connection and communicate constructively.

He's done everything from touring as a best-selling solo acoustic guitar act to being the keyboardist and musical director for the Spinners. With the ability to play more than 20 musical instruments, Nam's versatility and adaptability is at your disposal for whatever musical request you have!

"Henry Nam's music takes the full exploration of the guitar to the max. He has a great sense of warm chords and ties them in beautifully with his techniques and arrangements. Be sure to stop and take in a good, thorough listen!"
-- Trevor Gordon Hall (CandyRat Records)

SOUND:
Can provide full sound for events up to 750 people and as little as one. I also have a battery-powered rig (100-person capacity) that allows for performances in locations without easy access to power.

INSTRUMENTATION (SOLO):
Primarily guitar and/or keyboards (Yes! I can do both if you want variety for your event) both instrumentally and with vocals depending on the event.

If a band is necessary, please message with description of the size, and I'd be happy to see if I can accommodate! I'm able to provide small acoustic bands as well as full-sized dance/party bands.

TECHNICAL NEEDS:
I'm very adaptable in terms of technical needs. However, my ideal performance will have easy access to power, a flat surface at least 5' x 5' to perform on, decent lighting, and shelter from the elements where applicable.