He Said She Said 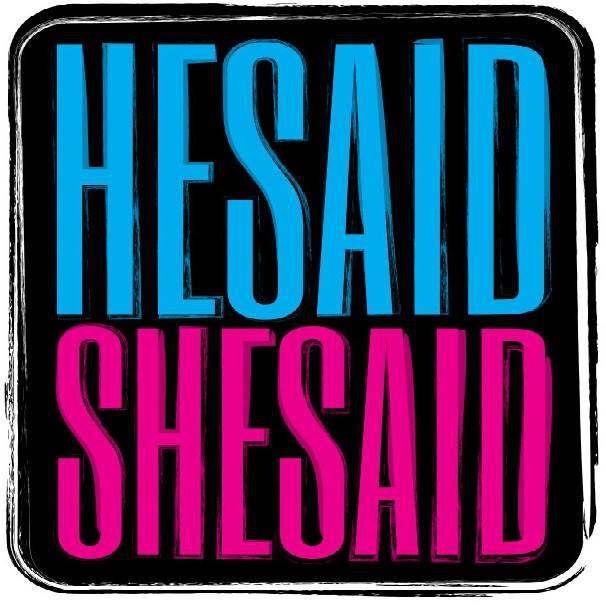 Winner of the 2019 Providence Journal Reader’s Choice Award for best local cover band, we are a 6-piece high energy top-40 cover band featuring male and female vocals. Covering classic rock to contemporary tunes, this band is fresh, fun, and full of talented musicians who each bring a little something to the table.

Be the first to review He Said She Said

We provide high energy, danceable music spanning multiple genres and decades. We have both male and female lead vocalists with an amazing chemistry and energy interacting with the entire crowd.

DALILA ALVES
LEAD VOCALS
Dalila has been singing, playing and performing music for over 20 years. She was a member of the locally successful Portuguese-American top 40 band The Navigators from 1999 – 2004, and most recently was the lead singer of the wildly popular The Regulars, playing such venues as Gillary’s, Olive’s, Ri Ra and others on the Rhode Island cover band circuit. D has experience playing trumpet, singing in church choir, filling in on lead vocals for other bands like Full Circle and Crunchy Monkey, and performing at weddings. One of her favorite things in life is performing and singing live. She joined forces with He Said She Said in January 2017. “D” has brought along her vocal skills and charismatic personality, amplifying all the members of the band!

DAVE GENTILE
LEAD VOCALS & KEYS
Dave began to sing at the age of four when teaching himself to read from the lyric sheets of his parent’s Billy Joel records. At an early age he learned to read music from taking piano lessons. In his teen years, he played first trumpet in concert band and helped win a national competition in Washington, D.C. After focusing on academics and graduating college, a old high school friend asked if he would like to take a shot at singing lead in a cover band, Copper Jack, playing in Southeastern Massachusetts throughout 2012. After Copper Jack disbanded in 2013, Dave along with former Copper Jack members Adam Letourneau and Michael Raucci, began working on a new project and thus began He Said She Said. Dave says, “This band has so much talent, it’s sick! Not to mention that I’ve met a bunch of new friends and great people!”. He is also the only member of He Said She Said that will openly admit that he enjoys the band
Nickelback.

RAY CONCA
LEAD GUITAR & VOCALS
Ray began playing guitar at the age of 17, within the year was playing lead guitar in a band, and hasn’t lost the passion for shredding since! While studying at Rhode Island College for his bachelors degree, he joined a classical guitar ensemble at the college in order to further expand his music theory. Ray has played in original and cover bands for over two decades, recorded full length original music CD’s with the bands Second Story and Boxed Tarantula, as well as serve as a guitar and bass instructor to many students over the years. Besides playing lead guitar for He Said She Said, Ray also plays in an acoustic duo, “Ray and Paul Unplugged” that combines acoustic guitar with live drums for an “MTV-style” rock experience!

PHIL CAHNERS
BASS & VOCALS
Phil is a life long musician who began his musical journey by borrowing his parent’s records late at night and playing them on his Mickey Mouse record player. Staying up all night listening to classic artist such as Billy Joel, Steve Miller and Janis Joplin gave him his first lessons in rhythm and harmony. The advent of MTV cemented Phil’s love of music and influenced him to pick up his first guitar. The moment he could string a few notes together he started a band. Through out middle school and high school Phil spent his time writing music and performing at school dances. By eighteen he was already playing in Boston area clubs wearing out his fake ID. In his early twenties he released an album with his band Shotgun Law that was a staple in the Boston hard rock scene. During this time he attend Berklee College of Music to further hone his craft. In recent years Phil has played the part of Sting in the band Ghost in the Machine (a Police tribute band), been lead vocalist/bassist in the reggae/rock band Regatta and bassist/vocalist for the Worcester MA based cover band Hit the Bus. Phil likes to be the foundation of the band and the reason your girlfriend dances!

ADAM LETOURNEAU
DRUMS & VOCALS
With strong family influences and a passion to play music from a young age, Adam started out on the drums at the young age of 9. With pursuits through high school and college ranging from timpanist in a variety of orchestras, to playing in small original rock outfits, Adam’s wide-array of influences from Vic Firth to Neil Peart came out in a style all his own. After spending three years playing with Boston-based acoustic-rockers Wasting November, Adam got back to his true passion with his long-time friend Greg Massi in his work with the Prog-Metal outfit Baliset, where they released a full-length album (“A Time for Rust”) and a recent EP (“Exordium”). Now, Adam is ready to bring his brand of drumming and rhythm to the high-energy of cover music of He Said She Said!

We provide our own sound and lights. We require electricity, a space to play that can fit six people with instruments

We use high end Mixers and Power amps for front of house. 15" Speakers for Mains, 12" monitors for the stage. We bring a high end light shows with washes , spots , special fx lights, strobe and fog.