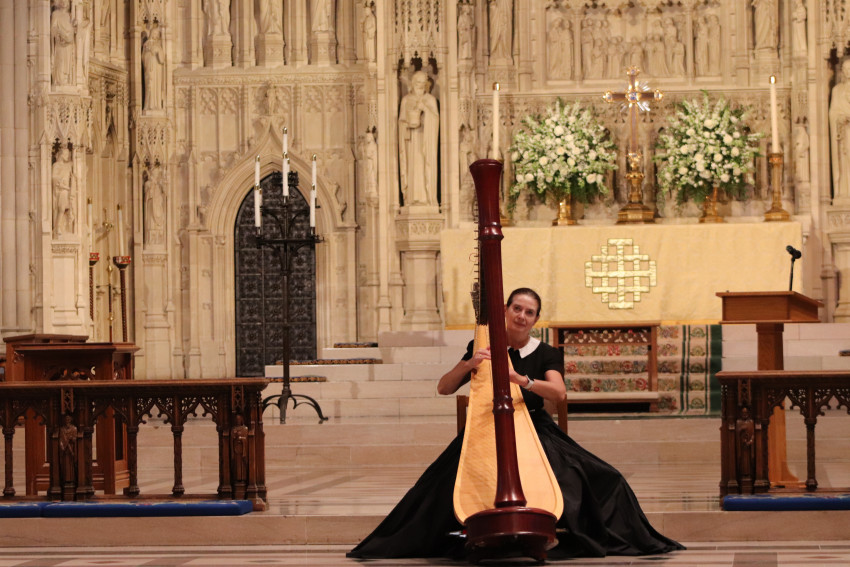 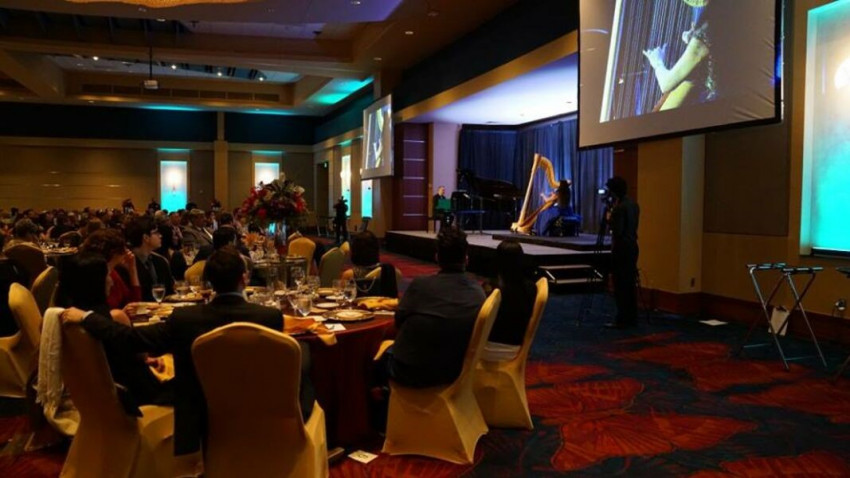 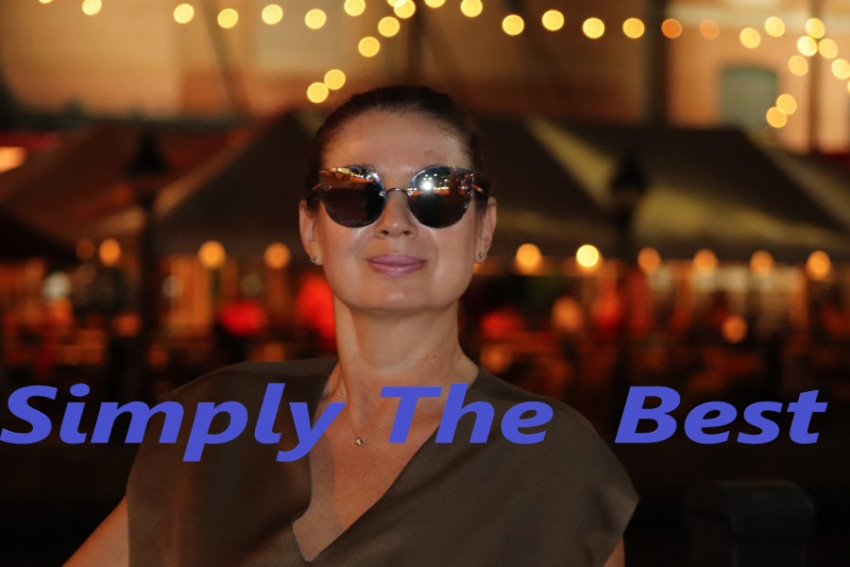 Best Harp Music, from classical to jazz, solo or in ensembles.

She did excellent job, my ceremony was amazing because of her music. Thanks

Raida was very responsive to our music selection requests, flexible to our Program and made great recommendations and additions to it.
Her music was flawless and her professionalism in being on time, set up and totally self sufficient was commendable.
I strongly recommend Raida and would reach out to her again for another event.

Harp from Heaven for our wedding

Iraida Poberezhnaya was amazing. She was so professional. The music was perfect. My daughter had only picked out three songs for her wedding ceremony. She left the rest up to Dr. Poberezhnaya and the selections were perfect. I did not realize it, but she let me know she would stay and play for an hour at our cocktail party. It was a beautiful surprise for us and our guests. Again, she read the crowd well and played extraordinarily well. She added such a touch of class to our event.
She was also great about touching base and checking in with me over the last year, since we changed our date three times due to COVID. Dr. Poberezhnaya is a lovely, talented woman and I am sure we will have her back to other events in the future.

What a privilege it was to hear such a breathtaking performance by such a talented and amazing Harpist. Iraida is a delight to work with as she is very professional, courteous, and punctual. Her choice of music was perfect for the occasion and I hope she is available next year:)

We had Iraida play at our wedding and it was beautiful!
Pre-planning was very easy, she even played us samples of potential pieces over the phone, to help us decide.
She arrived at the wedding location early, was very well dressed and professional!
Highly recommended!

This is my second time booking Iraida and I couldn't be more pleased. She has a friendly and accommodating attitude, and is a real professional. The music itself is gorgeous-- I asked for dreamy, romantic classical music for my event and was not disappointed. I highly recommend booking Harp from Heaven!

I booked Harp from Heaven for a large party in Baltimore and she was perfect. All my guests loved the dreamy classical harp music. She was attentive and punctual, and communicating with her and arranging the booking details was easy. I would gladly book her again!

Music to our ears!

Iraida was aboslutely wonderful. The music she played was heavenly and perfect. She was so polite and wonderful to work it. We will defintely be having her back!

I hired Iraida for my wedding ceremony and reception in Alexandria. She was a wonderful addition to my wedding. Everyone commented how lovely her music was. She is very friendly, personable, professional and talented. I will certainly be using her talent again and will always highly recommend her. Do yourself a favor, you need to hear her play to fully appreciate how talented she is.

A Fantastic Harp Performance. Top Professional Level, One Of A Kind!

Iraida is a harpist for many celebrity, government and Royalty events. The list includes Hollywood Stars, Royal Families, etc.
She is often a guest artist at Embassies Events.

Dr. Poberezhnaya is a Concert Harpist with International recognition and a broad repertoire. She performs solo and in ensembles in Europe and in the United States. In the past few years, she has recorded a CD "Silvestre Revueltas" with Santa Barbara Symphony – 1999, KOCH Release, as well as "Ave Maria" CD recording with R. Lucente, 1998 Release. Among her recent performances is a participation at the World Harp Congress in Amsterdam (July, 2008).