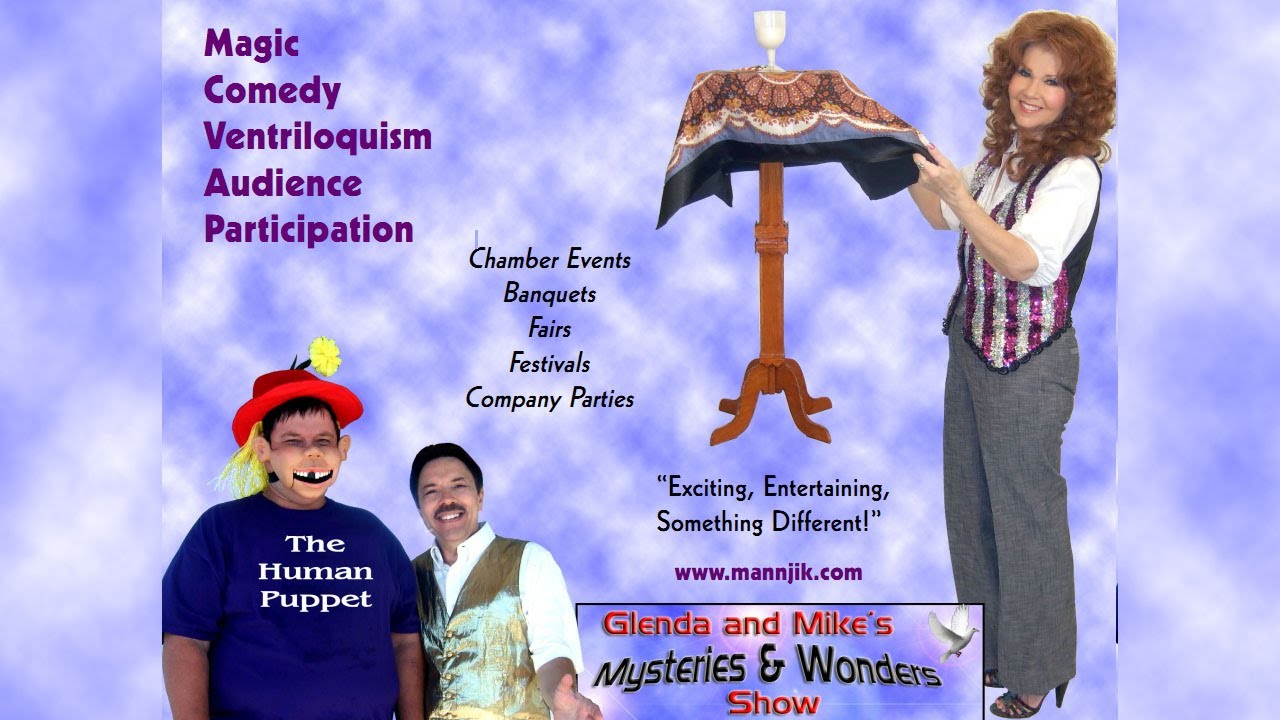 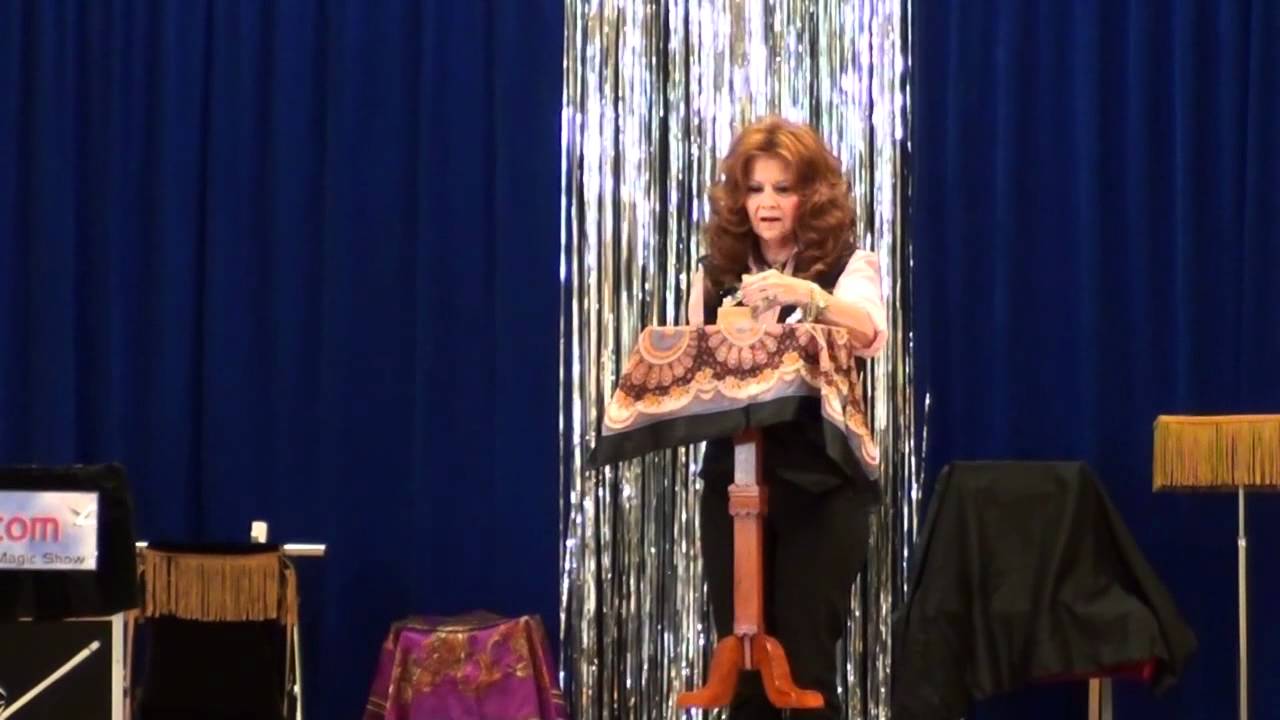 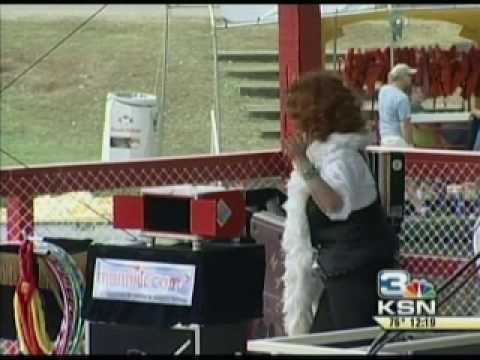 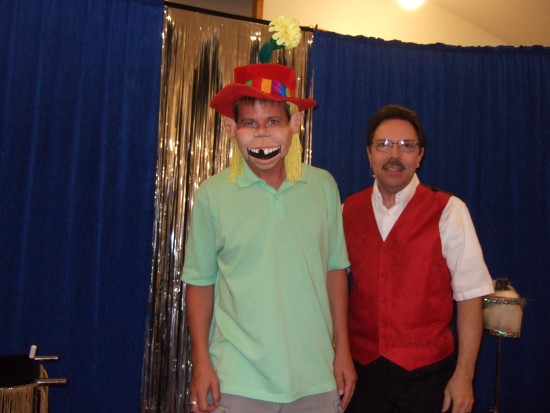 CEO in a mask! 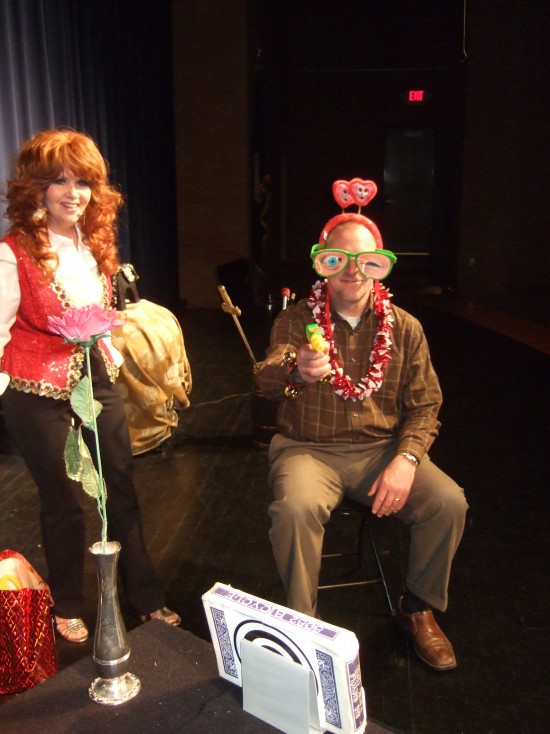 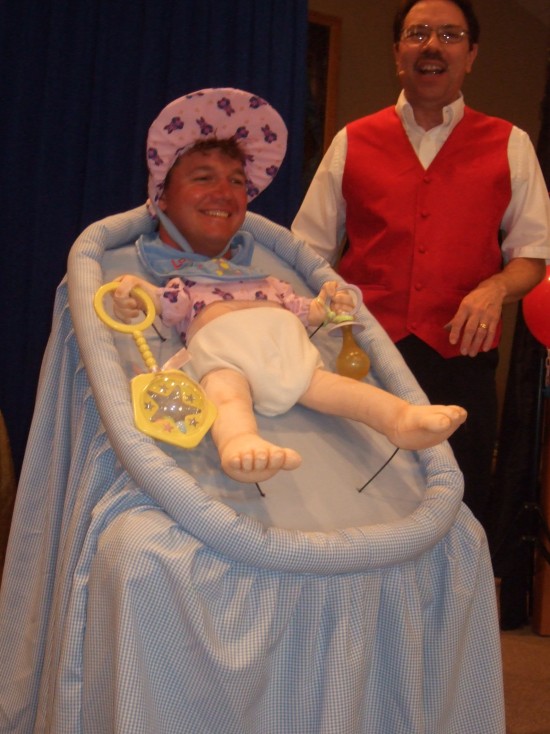 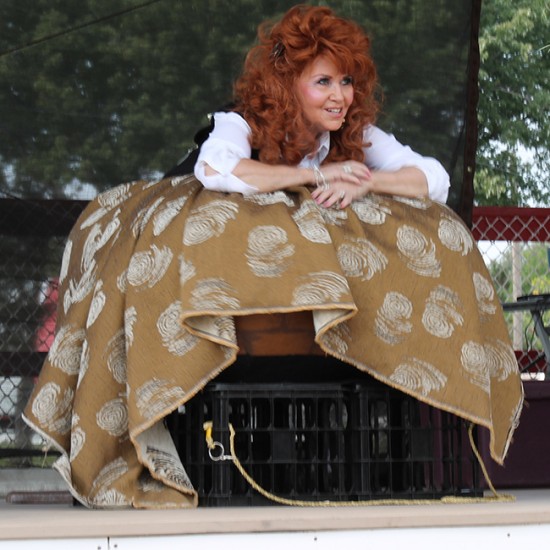 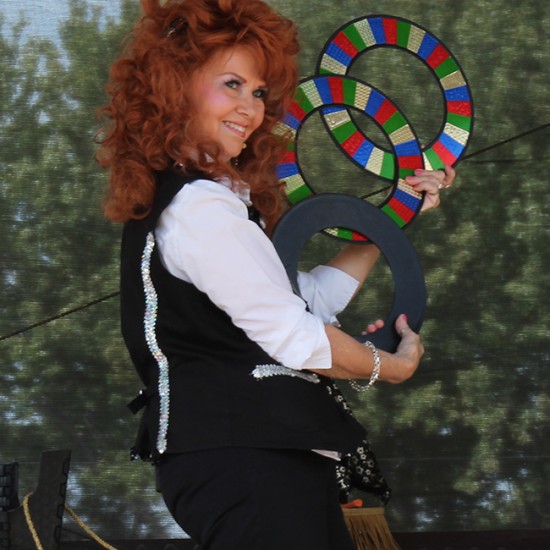 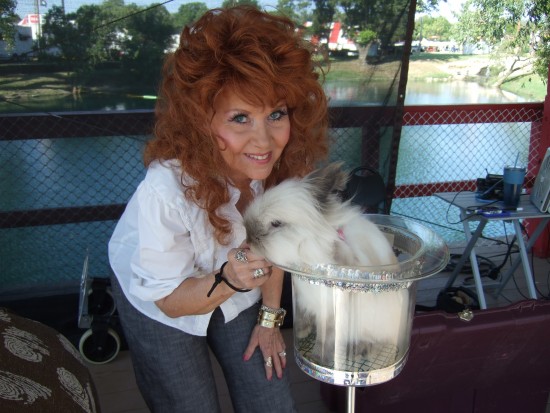 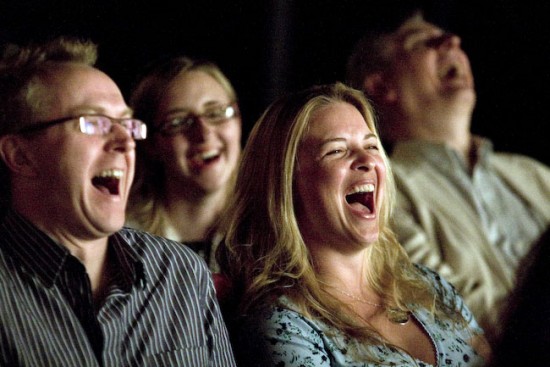 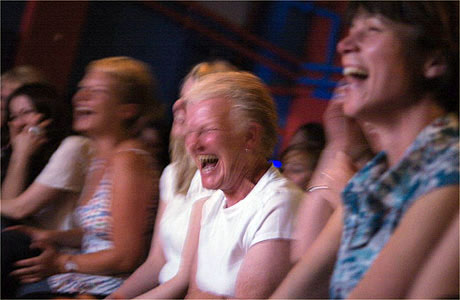 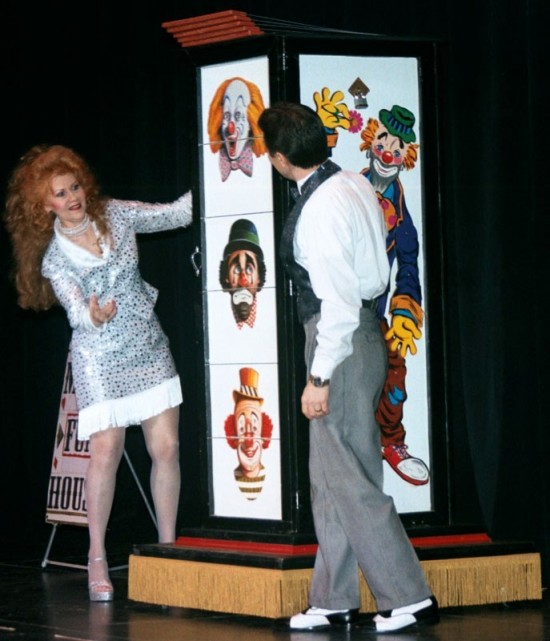 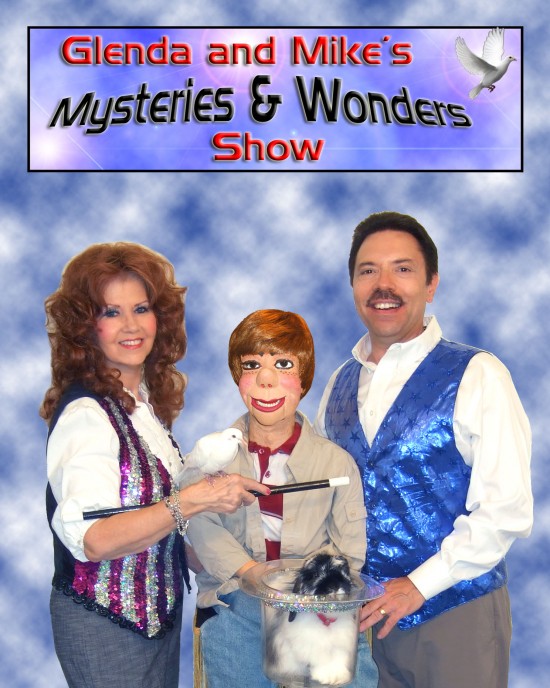 Glenda and Mike provide clean family entertainment to complement any activity. Glenda is the comedy magician and Mike compliments her performance with comedy ventriloquism. It's really two acts for the price of one. This married couple has been performing throughout the United States and have years of experience working virtually thousands of shows. They are the Best In Entertainment For: Corporations, Businesses, Schools, Festivals, Fairs, Banquets, or Any Public Gathering

They came and performed for our Blue and Gold Banquet. The kids loved the show, and they had something for everyone! Adults and children alike laughed themselves silly. Everyone got a kick out of the whole thing. Highly recommend for all events.

We had a great time. They were fantastic and had ever one laughing the whole time. Thanks again.

Your group was a wonderful audience. Their laughter was amazing. Thanks for inviting us to eat with everyone. The meal was superb.

We hired Mike and Glenda for our county employee Christmas Party. Our employees consist of men and women of all ages. The show that Mike and Glenda put on was for an hour and was fantastic. The magic was good, the ventriloquism was great. We all laughed and had a great time. Wish there had been a little more ventriloquism, very funny. Thank you for providing us with great show!

Great time had by all who attended.

Mike and Glenda did a presentation for our state conference at our formal banquet. There was something for everyone to enjoy. Laughs galore. I would love to see them again.

We had Glenda and Mike put their show on for our company Christmas party and everyone including the kids enjoyed the show. It was entertaining for all ages. Everyone realy liked the show.

Our show consists of fast paced magic, comedy, and ventriloquism. Audience volunteers are used throughout the show. Many times office staff or even the CEO is chosen for hilarious routines. Each segment lasts from three to five minutes with 60 minutes being the average total. Glenda and I alternate our routines, creating a variety performance the audience will never forget.

Glenda and Mike provide clean family entertainment to complement your community activity. This married couple has been performing throughout the United States and have years of experience working virtually thousands of shows. They are the Best In Entertainment For: Corporations, Businesses, Schools, Festivals, Fairs, Banquets, or Any Public Gathering.

Mike learned his art by checking books out of the library on ventriloquism and then spending thousands of hours practicing. He has always been fascinated by ventriloquists who weave comedy into routines while conversing with their different figures. The technique is to become two different actors. Then while changing the voice to sound unlike your own, controlling the movements of the puppet. Memorizing lines takes lots of rehearsal while ad-libbing is the icing on the cake in a performance. Many times the ventriloquist can tease audience members, the company president, or CEO for extra laughs.

Glenda's interest in performance dates back to her childhood. She was first a musician and vocalist. Her love of illusions also started when she was fascinated by the visual puzzles that always kept her attention. She has attended many magic conventions, as mentioned above, and began writing dialogue while perfecting her magical performance.

Glenda's signature routines include the Linking Rings performed with Hula Hoops, a floating table, the mutilated parasol, and producing live rabbits and doves. She not only works solo, but also performs her illusions while working with her husband, Mike. The two performers together add variety that changes constantly during the performance. Glenda also shows her prowess with large illusions like the Hindu Basket and Metamorphosis (the Substitution Trunk).

Glenda has also produced several different magic tricks that she sells to other magicians.

We arrive 90 minutes before the start time (minimum) to set up for a show. It is helpful to have the platform, stage, or other performing area (16'x12' if possible) cleared of furniture before their arrival. They will also need at least 40 minutes to remove their equipment following the show. (The Manns prefer to use a stage or raised platform to perform or to set up in a narrow end of the room away from doors and reserve at least 15 feet from a backwall with no audience beside or behind them. The audience should always be out in front of the performing area.)

We carry everything else. 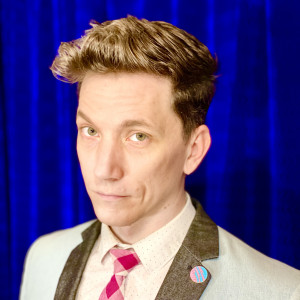 Scott said “Exactly what we were looking for. His show was very entertaining!” 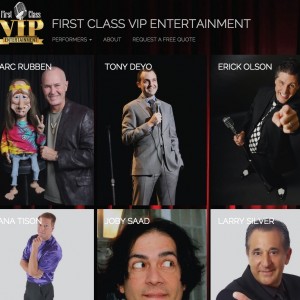 Stefano P. said “Joby Saad was great to work with. He was responsive in the pre-planning and hilarious during his show.” 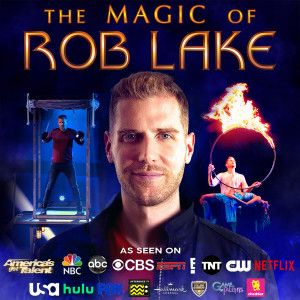 The Magic of Rob Lake

Named "World's Greatest Illusionist" by NBC, Rob Lake amazed Millions around the world as a finalist on AGT and on international network television,…