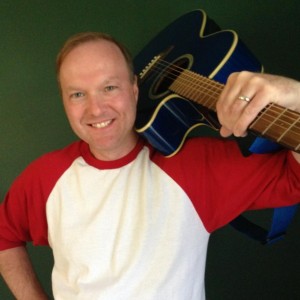 Ridgefield singer/songwriter, Georgie Brennan, has written over two hundred songs to date! Most notably, he provided the guitar work for the animated characters "Trent" and "Jesse" for three seasons on the hit MTV Animation series, Daria. One single from the show, "Friggin Friends" went in to MTV music video rotation in 2000 as an animated video showcasing a very impressive guitar solo by Brennan. Georgie Brennan also covers 1960's through today acoustic hits in the tri-state area. Everything from John Denver and Billy Joel to Jason Mraz and The Lumineers. He has a vast repertoire of hits covered for you!

Be the first to review Georgie Brennan

Georgie Brennan, a ten year resident of Ridgefield, CT, has been playing the guitar for over thirty years and writing originals for over 20 years. His music has been showcased on MTV, i-Tunes, YouTube, and even college radio. His performances have been seen around New York City and Connecticut for years. He has two CD releases of original acoustic singer/songwriter material out to date with his third release due out before 2014. He traditionally plays two to three hour sets with 15 minute breaks between sets. His set lists offer a great integration of the decades, sprinkled with originals, that carry a unique voice and clean acoustic feel. You could traditionally hear covers by John Denver, Creedence Clearwater Revival, Billy Joel, Kenny Rogers, Garth Brooks, Johnny Cash, as well as John Mellencamp, Jason Mraz, The Lumineers, and Lionel Richie.