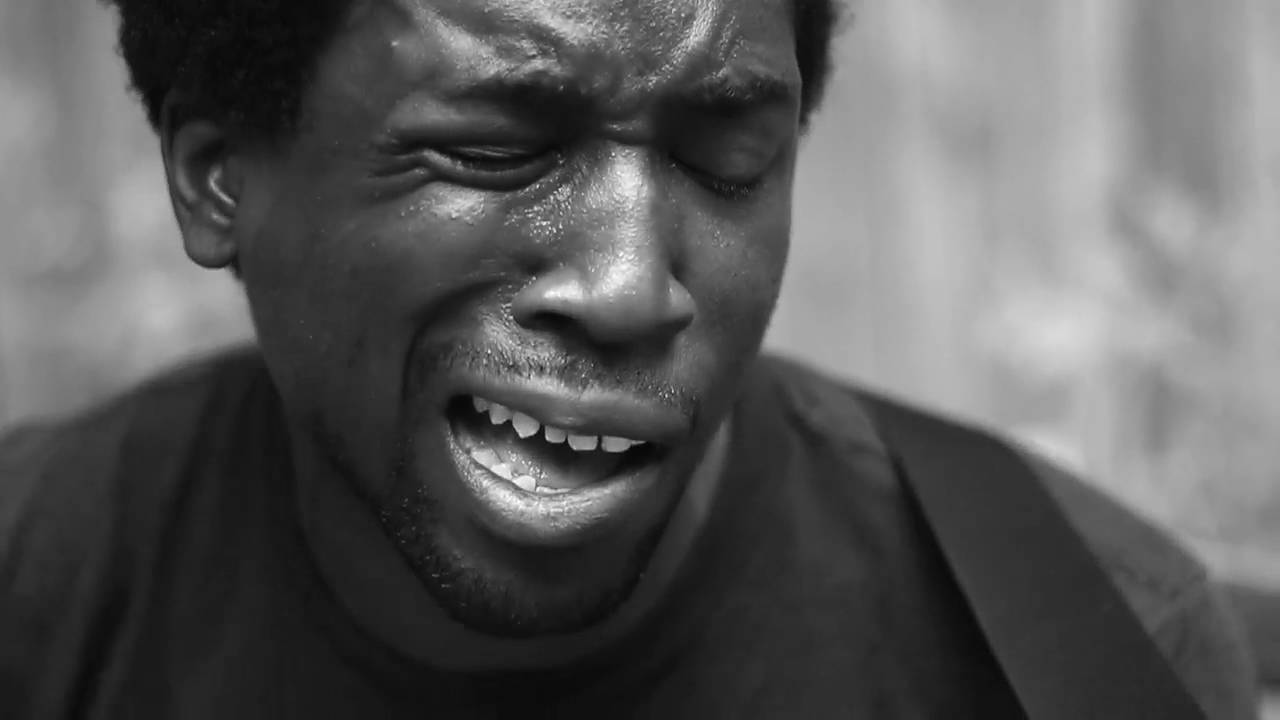 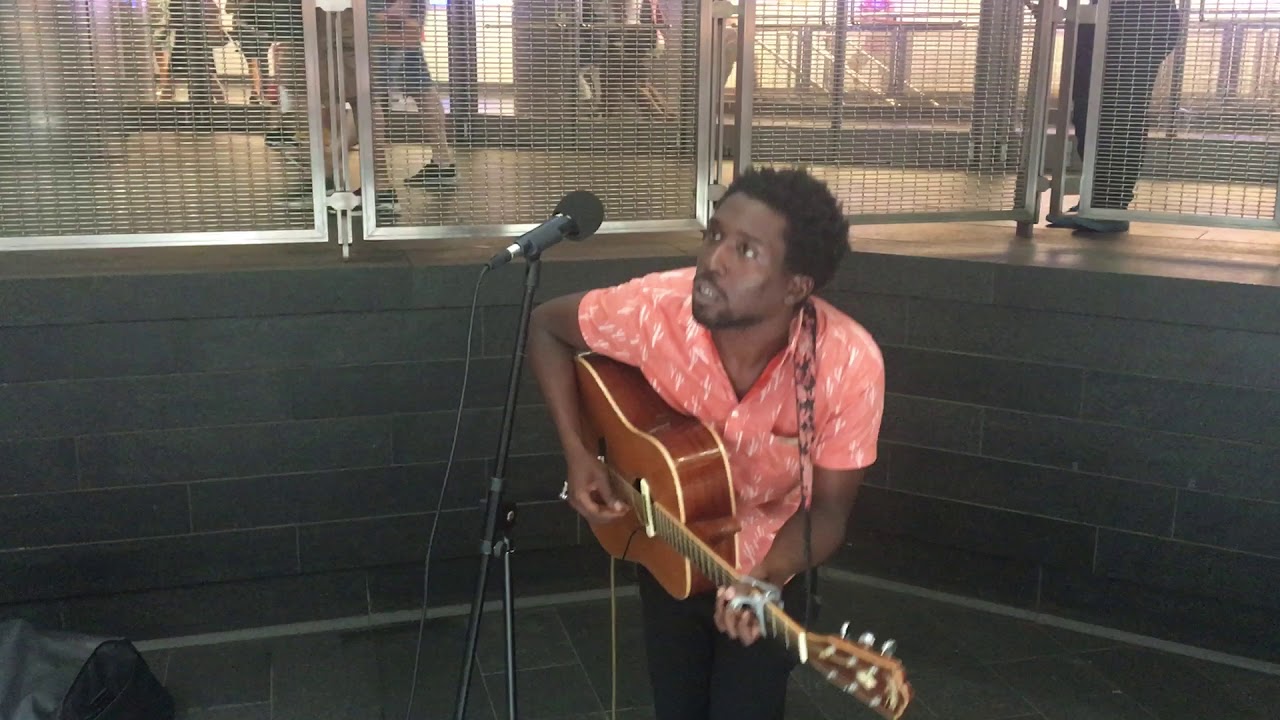 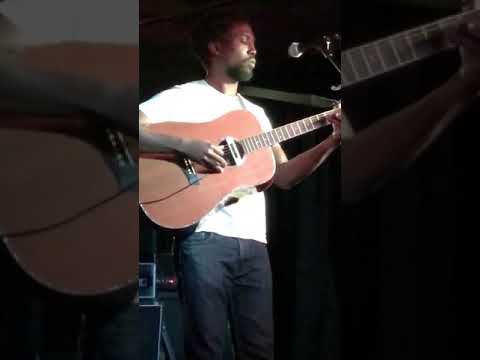 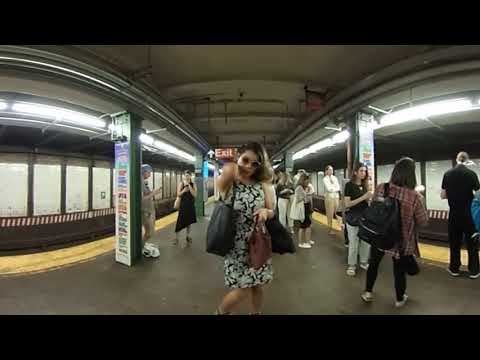 360 VR playing in the NYC Subway 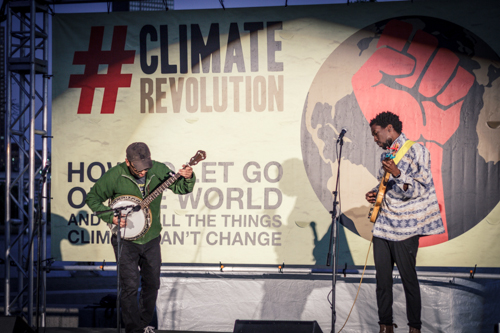 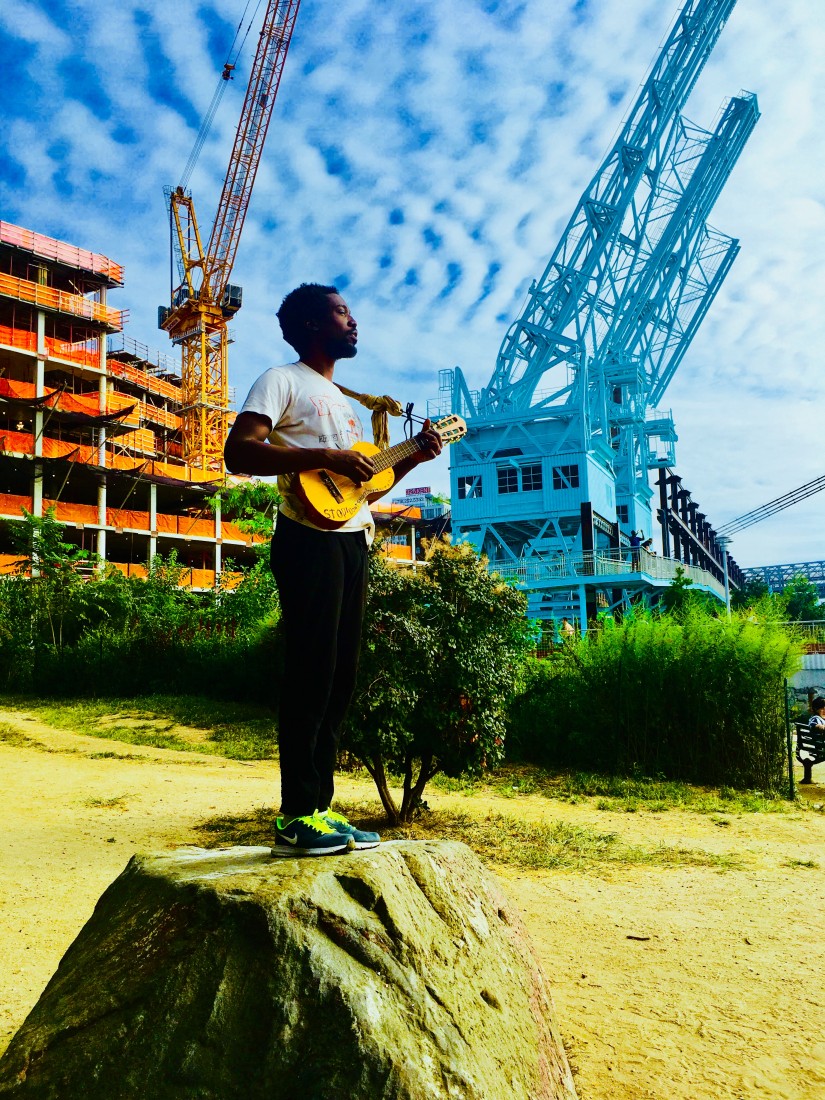 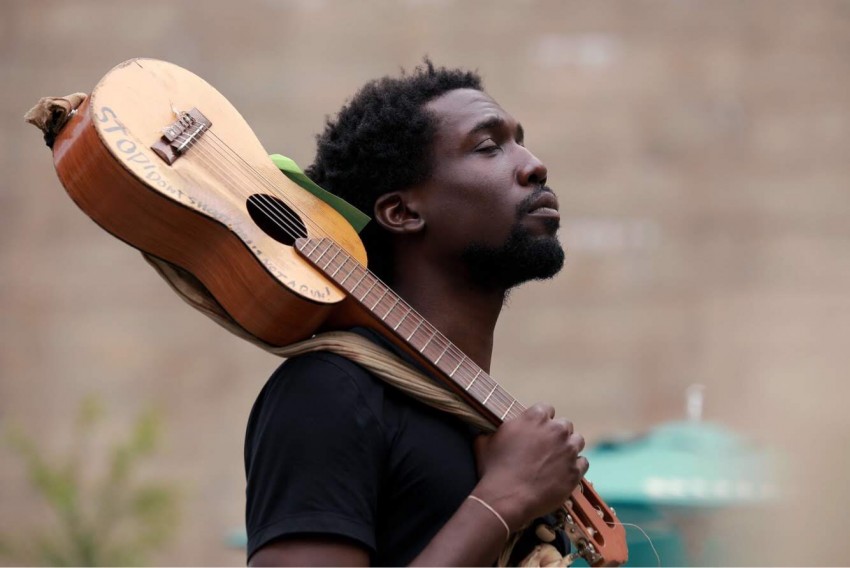 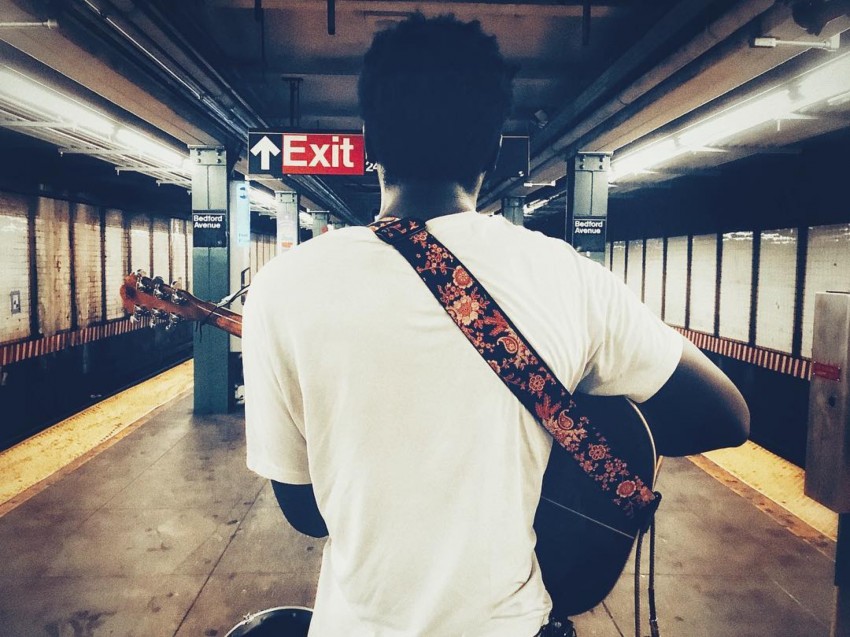 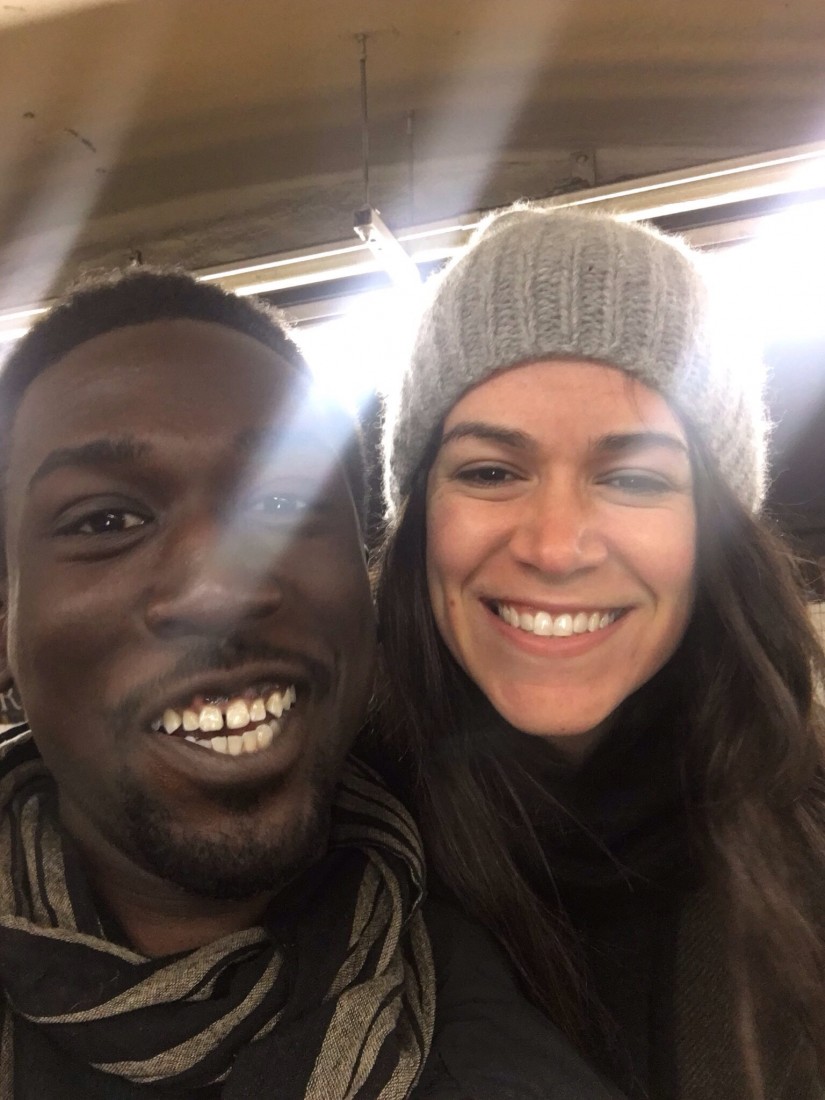 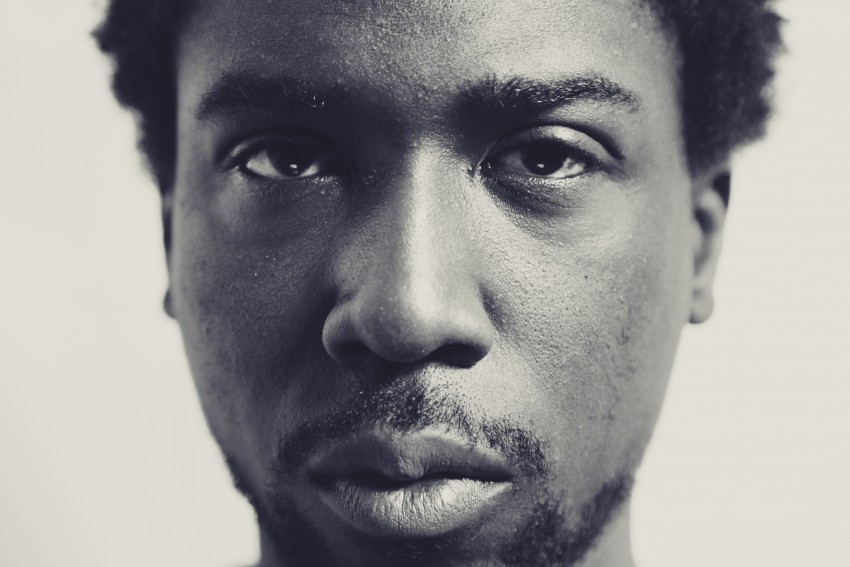 Gabriel Mayers got his start playing in the subways of New York City. In 2012 he recorded several videos for Brett Paine Murphy's Youtube video series 'Buskrs', in which he was characteristically pictured playing underground. In 2014 Gabriel was asked to fly to Hollywood by Grammy Award Nominee Linda Perry, to star in a reality series about songwriters. In 2016 he was featured in Oscar Nominee Josh Fox’s documentary, ‘How to let go of the world (and love all the things climate can’t change)’. That same year Gabriel’s original song, ‘Sixty Charisma Scented Blackbirds’ would be placed on the 2017 Academy Awards shortlist for Best Original Song.

Gabriel was very professional in the dealings prior to the event. He is very talented - has an amazing voice & a cool, unique style. I highly recommend him for your event.

Gabriel is an absolute pleasure to work with. Not only is his music some of the most magical I've ever heard. But he is so professional, personable and just a great addition to any event. I had him play at a function I held in December and it wouldn't have been the same without him. Hope to work with him in the future - such a pleasure. Cheers.

Thank you so much for writing. It was a pleasure to work with you, as well. Say hi to Frank for me! Tell him to keep trying hot dogs! I hope you have a wonderful year and that we can work together again someday.

My clients are, notably, impressed equally by my professionalism and raw talent. Often, people are most intrigued by my quirky, haunting and sometimes off-beat renditions of the classics (such as The Beatles, Bob Dylan, The Pixies etc). As for my personal compositions, they add an unforgettable sentiment to any gathering.

Hi, my name is Gabriel Mayers. I’m a musician born and raised in Brooklyn, NY. I’ve starred in a Vh1 reality show, toured around the country alongside a film I played music in and even had my original music (Sixty Charisma Scented Blackbirds) added to the 2017 Academy award shortlist for best original song. In addition I've had the opportunity to work with amazing artists such as Josh Fox, Nahko (and medicine for the people), Sarah Lee Guthrie, Kyp Malone (of TV on the radio), Peter Yarrow, Francis and the lights and more. My music has taken me a lot of places but it all started with playing in the subway.

I usually need one vocal mic and one guitar mic in order to be heard well in large or crowded rooms; however, I'm completely comfortable going unplugged in any quiet space.

Everything from Bob Dylan, Kanye West, John Lennon to Bach. My influences span all cultures, including East African tribal to South American percussion and American jazz.

Vinny T. M. K. A. M. H. said “We hired Adam to sing for a friend’s birthday and he did a terrific job! The recipient was so pleased with Adam’s performance that he said it was…”