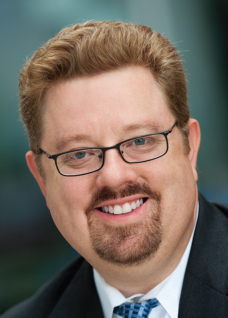 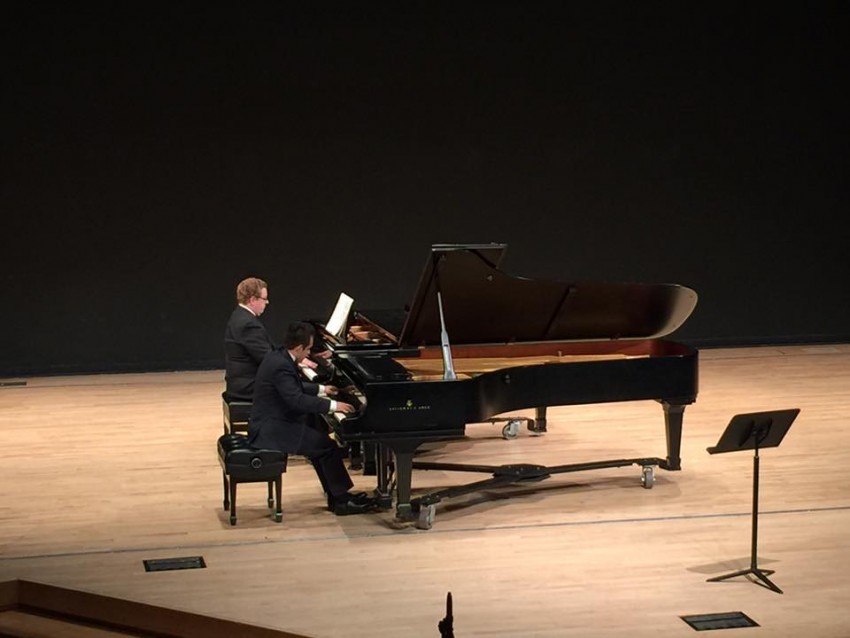 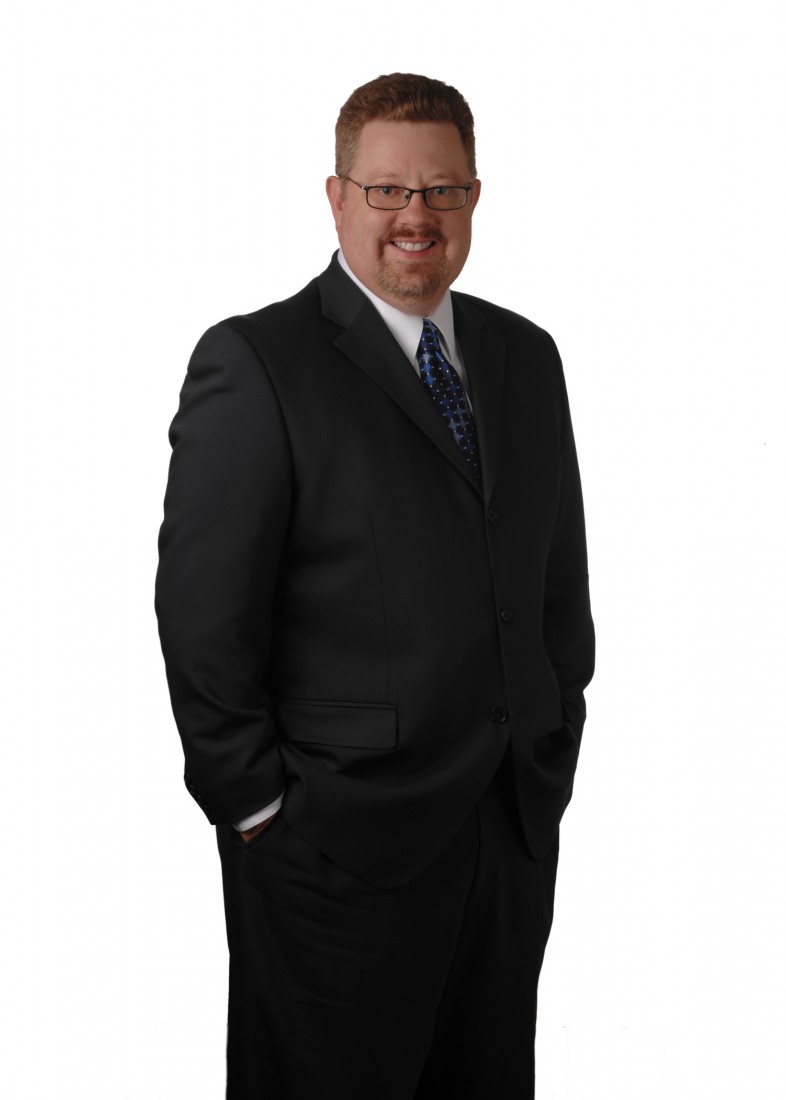 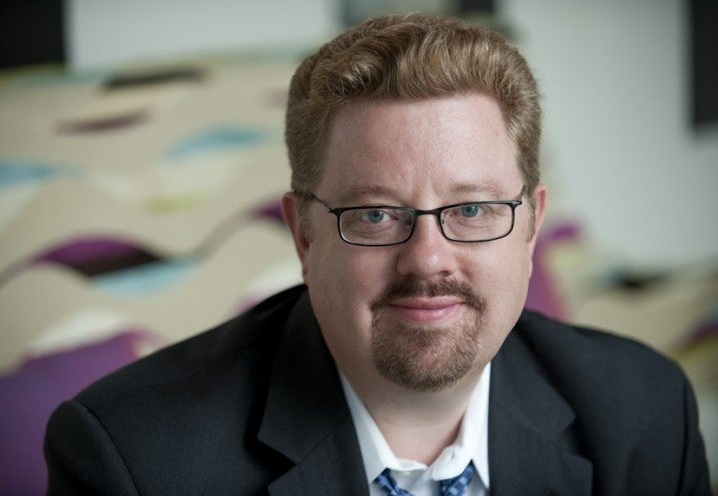 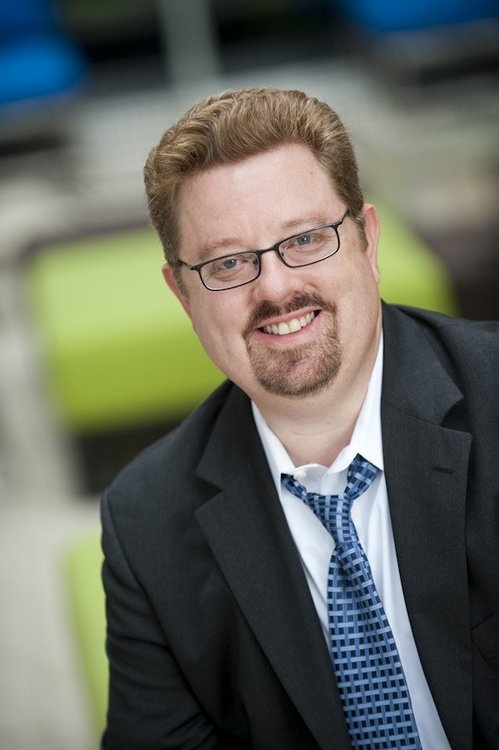 Classically-trained professional pianist, organist and recording artist with more than 30 years of experience available for studio session work as well your next function including cocktail parties, weddings, corporate events, bar/bat mitzvahs, dinner parties or any event that could use the ambiance of live music. Musical styles include classical, jazz standards, Broadway showtunes, and popular hits.

WHAT A GREAT NIGHT!

WE HIRED FREDERICK FOR A HOLIDAY DINNER WE WERE HOSTING. WHAT A GREAT NIGHT IT TURNED OUT TO BE. FREDERICK WAS PERSONABLE, PROFESSIONAL AND SO TALENTED. HE WAS ABLE TO ACCOMMODATE ALL MY SONG SELECTIONS. HE IS AN AMAZING PIANO PLAYER AND I WILL DEFINITELY HIRE AND REFER HIM IN THE FUTURE. THANK YOU FOR HELPING MAKE MY EVENT A SUCCESS!

Thank so much Elizabeth! That was a great party and I'm really glad to have played a part!

Fred was great. His music really made the party.

Fred is a fantastic pianist. He played 4 hours. I would have him again in a heartbeat.

Thanks David and it was great to meet everyone!

Frederick was amazing at my son's wedding ceremony. I highly recommend him and would hire him again. Thanks a million!

Thanks so much Diane! It was a real pleasure to play for your son's wedding!

Mr. Johnson was simply amazing! He hit every song we wanted to hear. He was professional and courteous to our group. He is am amazing and talented musician. We will retain his service many times over!

Thank so much for the kind words and great review! It was a real pleasure to meet you and your wonderful family. Thanks again!!!

Fred did a great job accompanying our choir for our Christmas concert. Not only did he play well, but he also took the time to familiarize himself with our organ ahead of time and matched the mood of each moment with the appropriate tone and intensity. Thank you!
-Kc Daugirdas

Thank you very much - it was such a pleasure to join with so many talented and caring musicians for such a wonderful concert!

I've had the pleasure of working numerous times with Frederick Johnson. In my previous role as an experiential marketing professional, I hired Frederick to perform for numerous corporate VIP events in stores across our retail footprint. In addition to being a very talented musician, Frederick was always warm, friendly, and an absolute delight to work with. I highly recommend him!

Thanks for the wonderful review and complements Ryan!

Fred did an outstanding job performing at our Uncle's funeral. Very professional, respectful and played beautiful background music with perfect instincts in coordinating with the pastor. I highly recommend him!

Thank you so much for the kind words Jennifer.

We really appreciate the professionalism and skill set of Mr Johnson. I would recommend him to anyone that needs a professional muscian to enhance their event. We thought we knew what we wanted but he was able to give us good advise and hone our event to perfection. We wanted the music to show off our churches full organ and he did an excellant job doing that. We appreciated working with him throught the whole process and he definately took the pressure off of us by doing what he knows best. Thank you Fred for helping us with our celebration!

Thank you for such kind words and what a wonderful wedding it was!

A musical experience tailored to your liking, chosen from jazz standards, Broadway show tunes, popular hits of today and yesterday as well as classical piano favorites.

Frederick Johnson has performed nationally and internationally as both a piano and organ soloist as well as an ensemble keyboardist and recording artist for over 30 years. His varied classical repertoire highlights works from the 19th and 20th century with a focus on the Romantic and Impressionist composers including Chopin, Liszt, Grieg, Rachmaninoff, Tchaikovsky, and Debussy, although it is not unusual to hear a Mozart concerto or Beethoven sonata at one of his concerts as well. His jazz standards, Broadway show tunes, cocktail selections and popular hits have entertained public, private and corporate audiences for years.

Mr. Johnson began playing the piano at age 4, and gave his first recital at age 7. He studied for 15 years in Cleveland, Ohio with Ms. Helen Faber, a pupil of the late great Artur Rubinstein. While studying in Cleveland, he regularly gave recitals with the Fortnightly Musical Club of Cleveland, a part of the Cleveland Music School Settlement and he regularly competed in the National Federation of Music Clubs competitions in solo piano, piano concerto and organ categories. During this time he studied with several notable working musicians who introduced him to the jazz standards and cocktail piano world.

He also attended the famed Interlochen Center for the Arts for several summers and studied piano and organ with many notable pedagogical and concert artists including Van Cliburn, Dr. Max Camp, Natalie Matanovic, Robert Murphy, Kenneth Sweetman and others. Additionally, Mr. Johnson graduated valedictorian of his class at the United States Armed Forces School of Music and played piano solo piano for dignitaries while a part of the United States Navy Band. He has also played clarinet, oboe and auxiliary percussion instruments for a wide range of classical and pop bands and orchestras.

Mr. Johnson has also served as choir director, accompanist and organist for several churches in the Chicago area. He has a great appreciation for both choral and handbell works and has directed ensembles of all different sizes both in recital and competitive venues. His first love continues to be the grand piano and he loves to share his passion for the instrument with audiences, large and small.

Song Performer / Movie
Against All Odds - Phil Collins
Ain't Misbehavin' -
All By Myself - Eric Carmen
All I Ask of You - Phantom of the Opera
Always - Atlantic Starr
American Pie - Don McLean
Angel - Sarah McLachlan
Angel Eyes -
Angel of Music - Phantom of the Opera
Anywhere the Heart Goes - The Thorn Birds
Anne's Theme - Anne of Green Gables
Arthur's Theme - Arthur
As Time Goes By - Casablanca
Ashoken Farewell - The Civil War
Babe - Styx
Bad Day - Daniel Powter
Beauty and the Beast - Beauty and the Beast
Because You Loved Me - Up Close & Personal
Best I Ever Had - Vertical Horizon
Breathe - Anna Nalick
Bridge Over Troubled Water - Paul Simon
Candle In The Wind - Elton John
Can't Take My Eyes Off Of You -
Can You Feel The Love Tonight? - The Lion King/Elton John
Can You Read My Mind? - Superman
Chain of Fools - Aretha Franklin
The Climb - Miley Cyrus
Clocks - Coldplay
Colors of My Life - Barnum
Colors of the Wind - Pocahontas
Could It Be Magic? - Barry Manilow
Crazy For You - Madonna
Daniel - Elton John
Desperado - The Eagles
Don't Get Around Much Anymore - Duke Ellington
Don't Let The Sun Go Down On Me - Elton John
Do You Know What It Means To Miss New Orleans -
Dream A Little Dream of Me -
Dream Is a Wish Your Hearts Makes - Cinderella
Drops of Jupiter (Tell Me) - Train
Easy - Lionel Richie
Ebony and Ivory - Paul McCartney
Eleanor Rigby -
Eternal Flame - The Bangles
Evergreen - A Star Is Born
Everybody Hurts - R.E.M.
Faithfully - Journey
Fly Me To The Moon (In Other Words) - Frank Sinatra
Friends and Lovers -
From A Distance - Bette Midler
Georgia On My Mind -
Goodbye Yellow Brick Road - Elton John
A Good Man Is Hard to Find -
The Greatest Love of All - The Greatest
Hallelujah - Shrek 2/Rufus Wainwright
Happy Birthday -
Hard To Say I'm Sorry - Chicago
Have I Told You Lateley - Rod Stewart
Heart - Damn Yankees
Hello - Adele
Hey Jude - The Beatles
Hey There Delilah - Plain White T's
The Homecoming -
Hotel California - The Eagles
How Could I Ever Know - The Secret Garden
How Deep Is Your Love? - The Bee Gees
How Do I Live - Lee Ann Rimes
I Believe I Can Fly - R. Kelly
I Cried For You -
(Everything I Do) I Do It For You - Robin Hood/Bryan Adams
I Don't Want To Miss A Thing - Armageddon/Aerosmith
If - Bread / David Gates
I'll See You Again - Noel Coward
I'll Stand By You - The Pretenders/Carrie Underwood
Imagine - John Lennon
I'm With You - Avril Lavigne
It All Depends On You -
It Had To Be You - When Harry Met Sally
I've Got The World On A String -
Kei's Song - David Benoit
Killing Me Softly With His Song -
The Lady In Red - Chris De Burgh
Let It Be - The Beatles
Levon - Elton John
Linus and Lucy -
Live To Tell - Madonna
Look for the Silver Lining -
Love and Marriage - Married...With Children
Love Solo -
Mandy - Barry Manilow
Maria - West Side Story
May You Always -
Misty -
Miss Celie's Blue - The Color Purple
Moonlight In Vermont - Frank Sinatra
The Music of the Night - Phantom of the Opera
My Foolish Heart -
My Heart Will Go On - Theme from "Titanic"
My Unknown Someone - The Will Rogers Follies
My True Friend - One True Thing
My Way - Frank Sinatra
New York, New York - Theme from New York, New York
Night Train -
Oh! What It Seemed To Be -
100 Years - Five for Fighting
One Moment In Time -
On Green Dolphin Street -
Open Arms - Steve Perry
Over The Rainbow - The Wizard of Oz
Paper Doll -
Peg O' My Heart -
Piano Man - Billy Joel
The Prayer -
Ragtime -
The Reason - Hoobastank
Right Here Waiting - Richard Marx
Rock-A-Bye Your Baby With A Dixie Melody -
The Rose - The Rose
Save The Best For Last - Vanessa Williams
Saving All My Love For You - Whitney Houston
Send In the Clowns - A Little Night Music
Separate Lives - White Nights
The Shadow Of Your Smile - The Sandpiper
Somebody Loves Me -
Somewhere Out There - An American Tail
Sorry Seems To Be The Hardest Word - Elton John
Suicide Is Painless - M*A*S*H*
Summer Me, Winter Me - Picasso Summer
Summer Nights - Grease
Superman - Five for Fighting
Taking A Chance On Love -
Teach Me Tonight -
Tears In Heaven - Eric Clapton
Thank You - Dido
That's What Friends Are For -
They Didn't Believe Me -
Think of Me - Phantom of the Opera
A Thousand Miles - Vanessa Carlton
Three Times A Lady - Lionel Richie
Through the Eyes of Love - Theme from Ice Castles
Time After Time - Cindi Lauper
Tiny Dancer - Elton John
Tonight - West Side Story
Tonight I Celebrate My Love -
Up We Belong - An Officer and a Gentleman
Until The Real Thing Comes Along -
La Vie En Rose -
Viva La Vida - Coldplay
The Way It Is - Bruce Hornsby
When You're Gone - Avril Lavigne
When You're Smiling -
Wherever You Will Go - The Calling
The Wind Beneath My Wings - Beaches
The Windmills of Your Mind - Thomas Crown Affair
Wonderful Tonight - Eric Clapton
You Are The Sunshine of My Life - Stevie Wonder
You Do Something To Me - Cole Porter
You Made Me Love You -
You're Beautiful - James Blunt
Your Song - Elton John

Electricity and a place to play