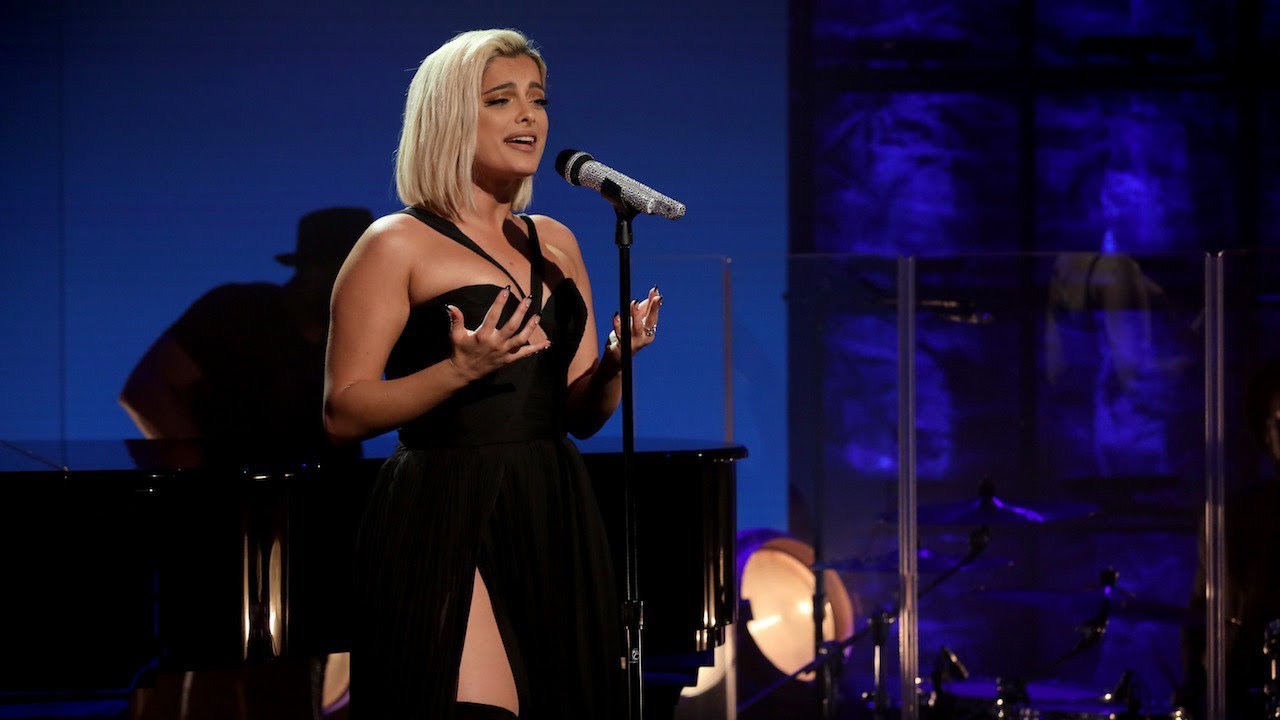 Summer plays piano for Bebe Rexha on The Ellen Show 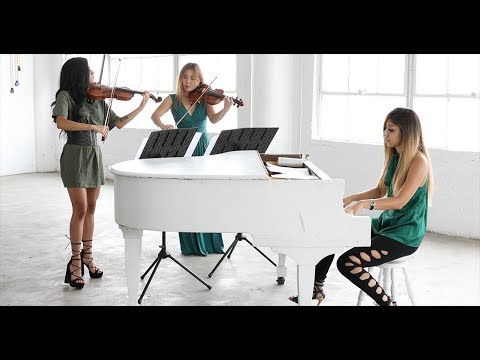 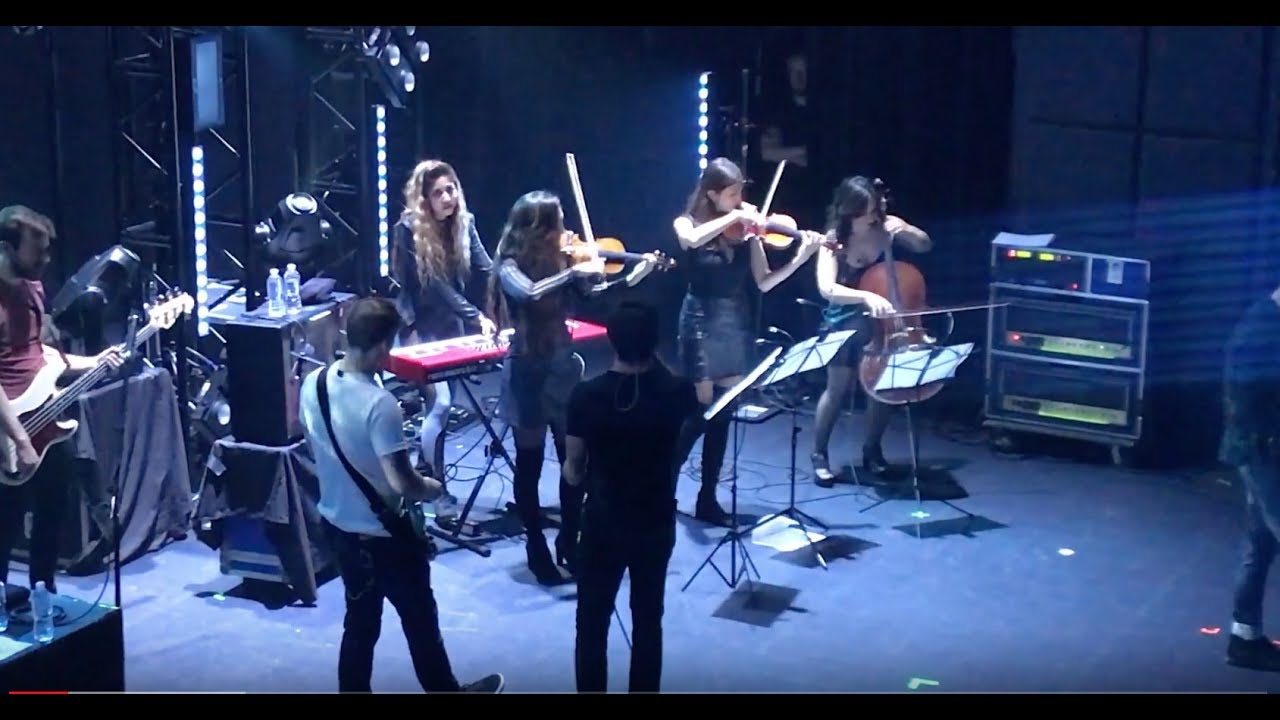 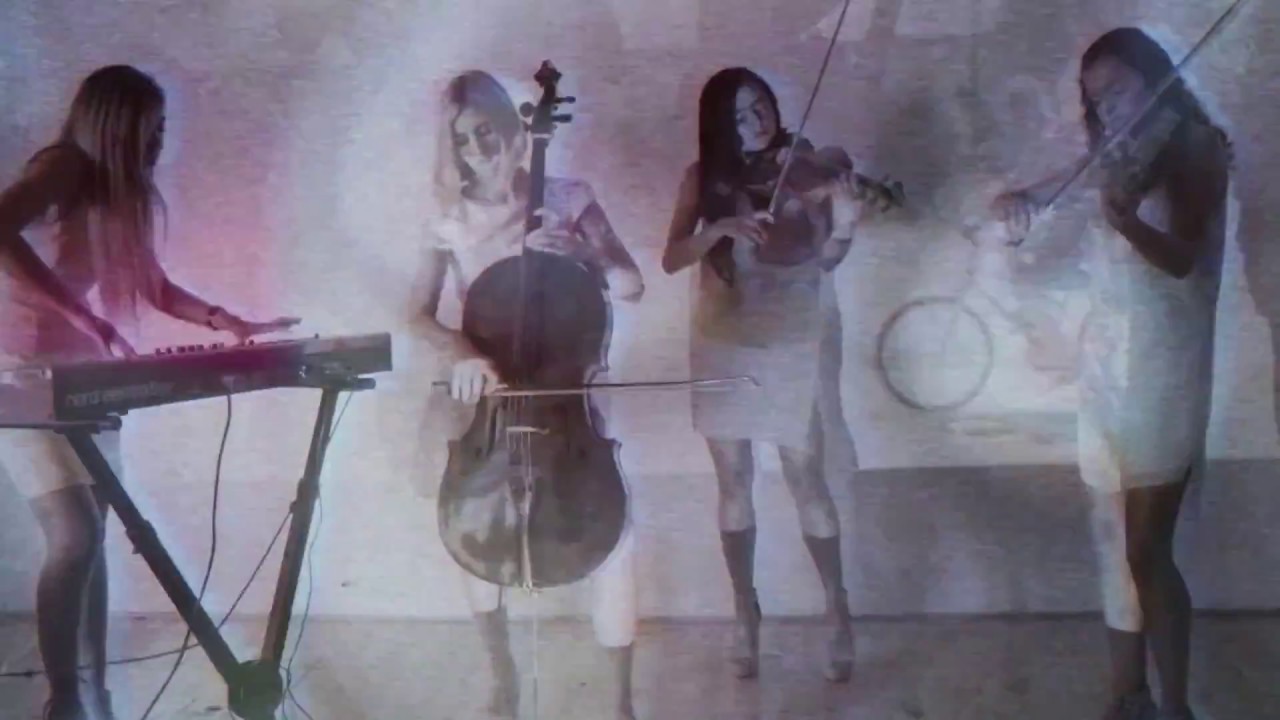 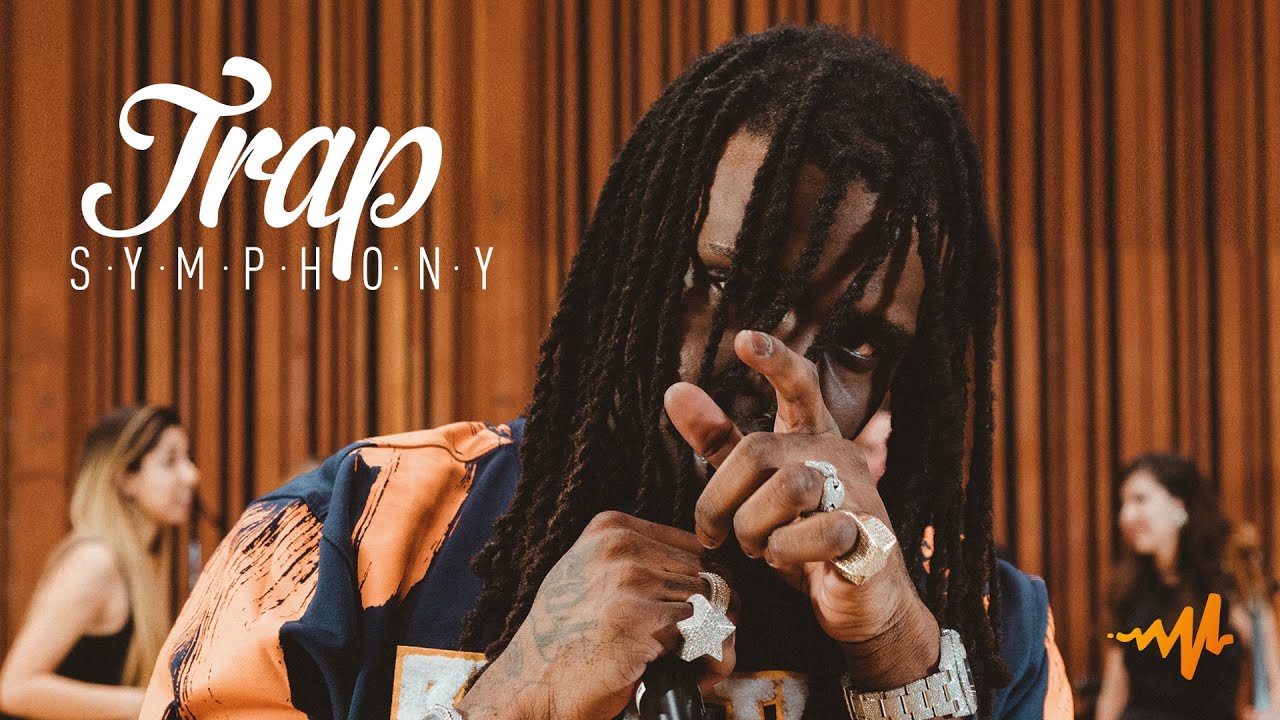 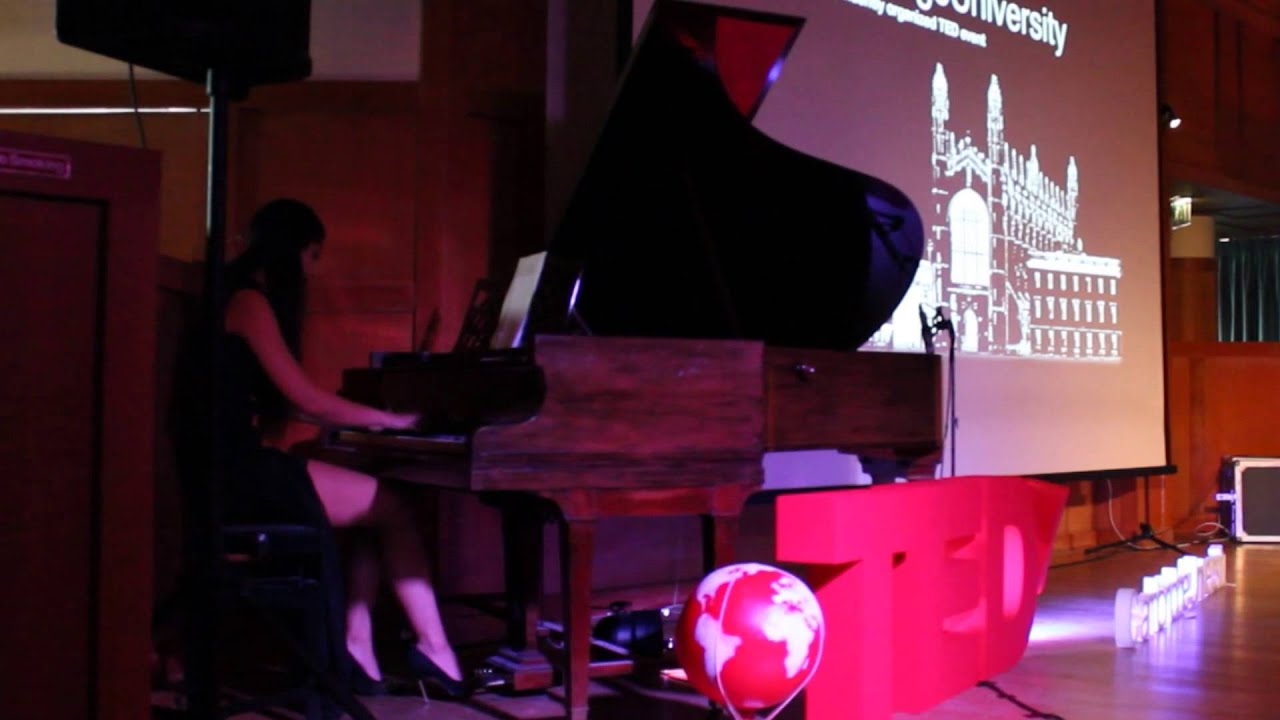 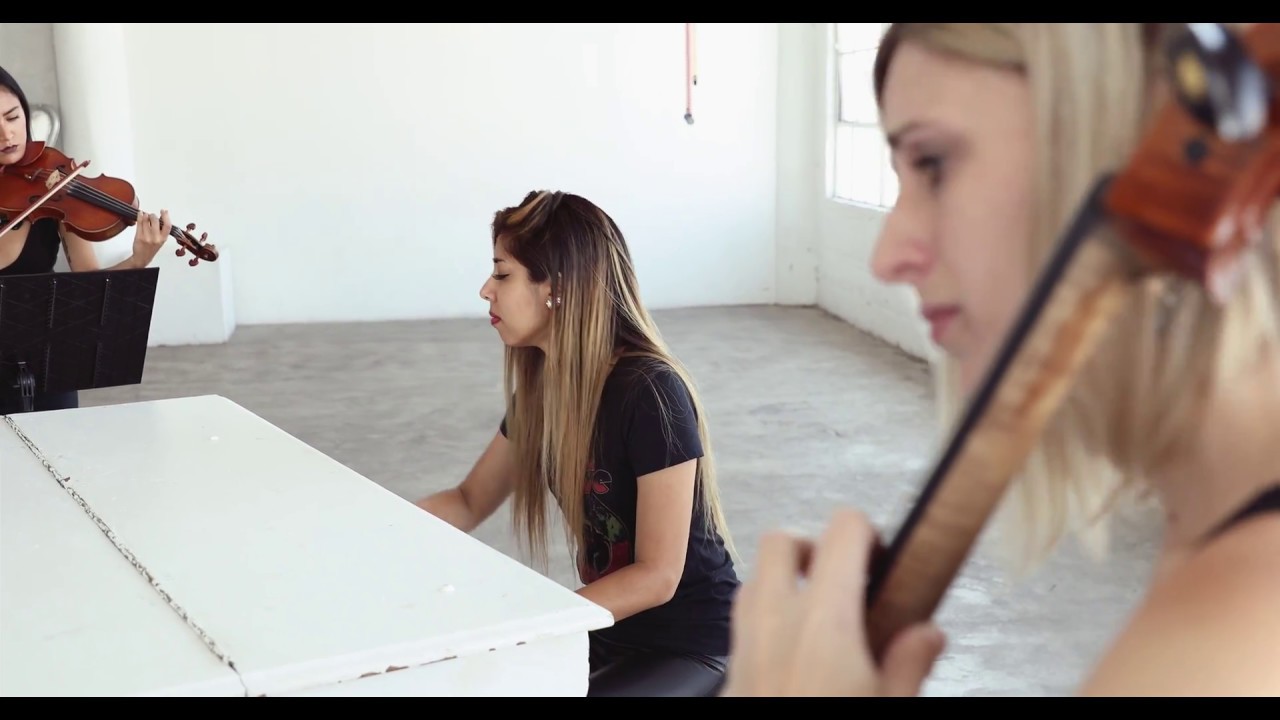 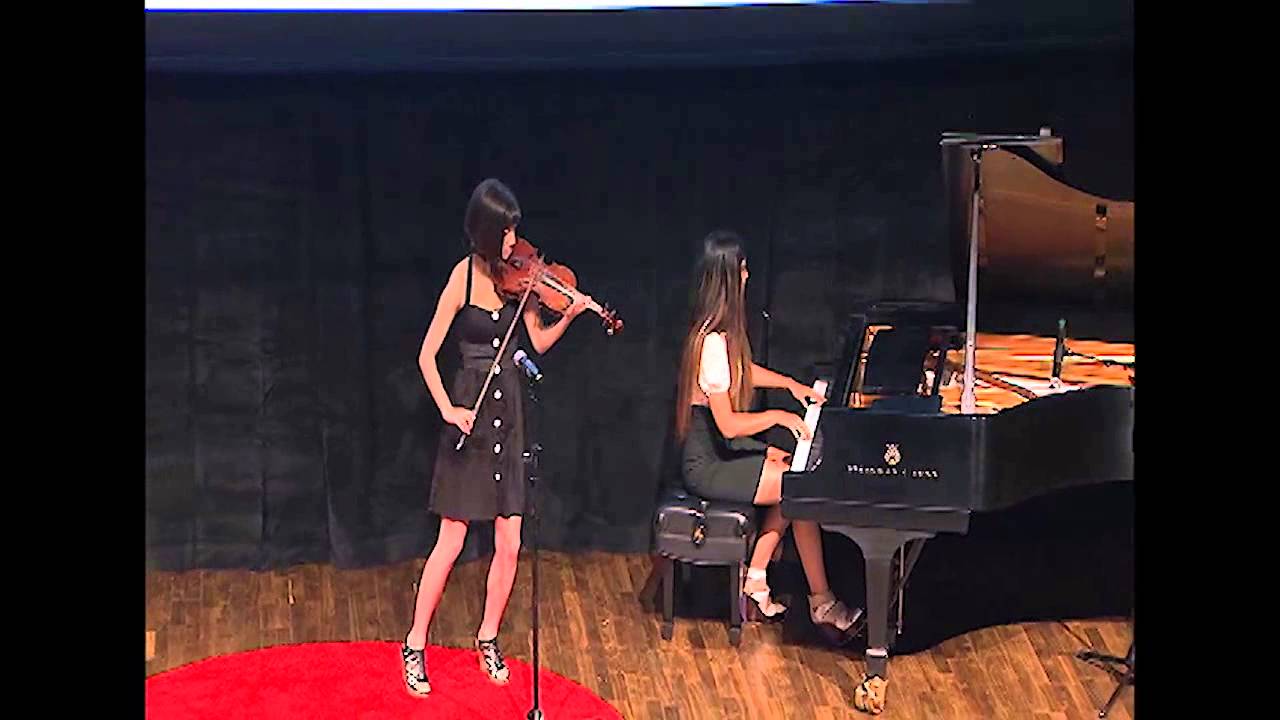 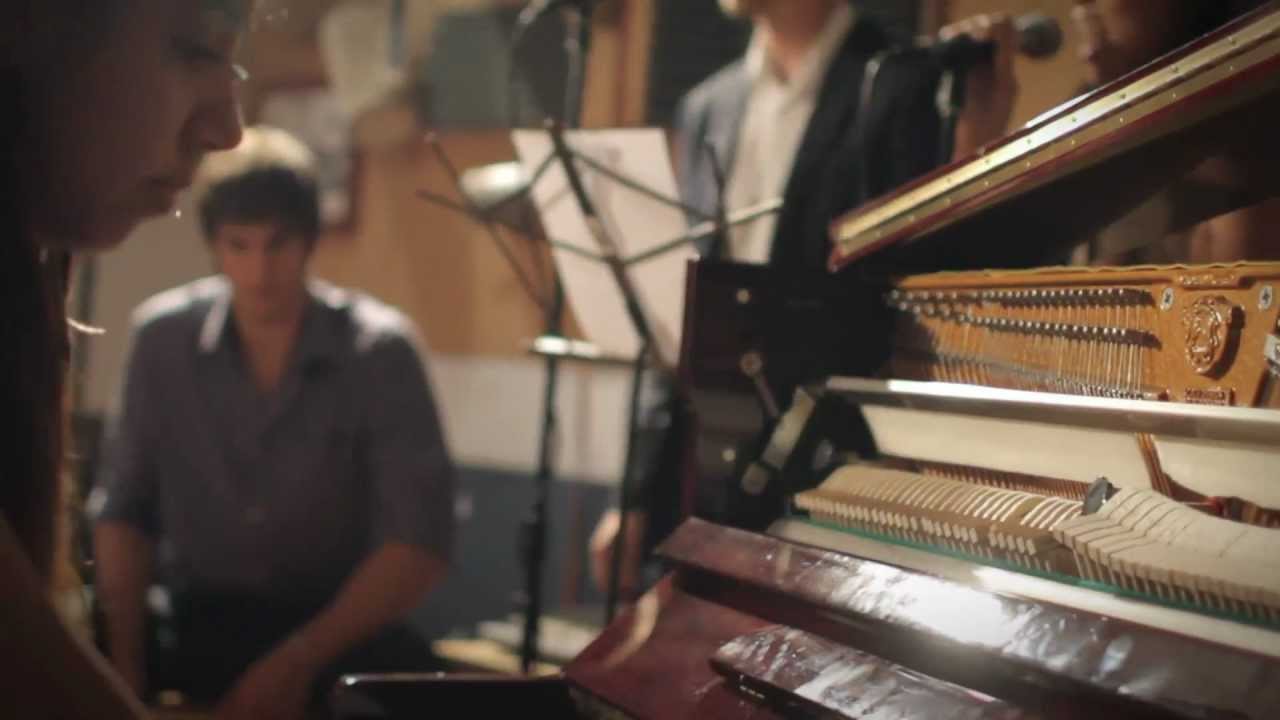 Summer's Session: An arrangement by Summer Swee-Singh for Piano, Strings, and Percussion 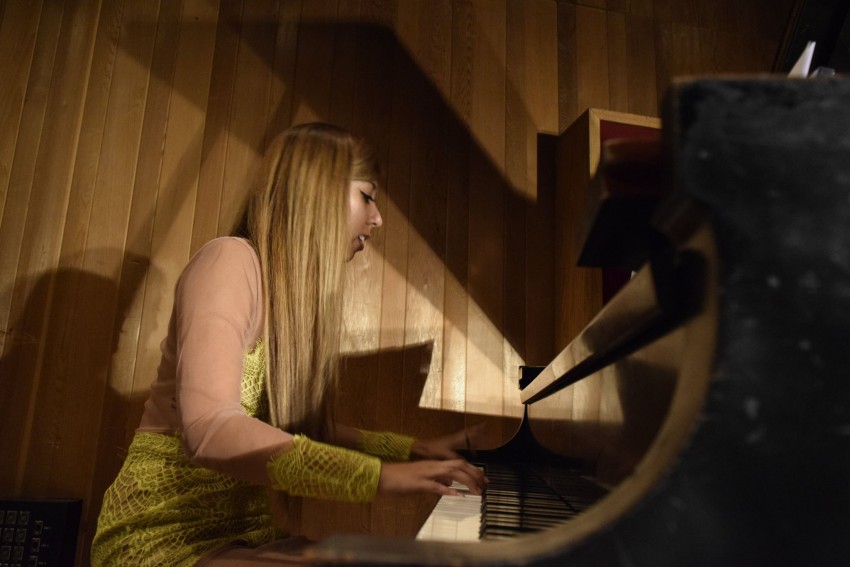 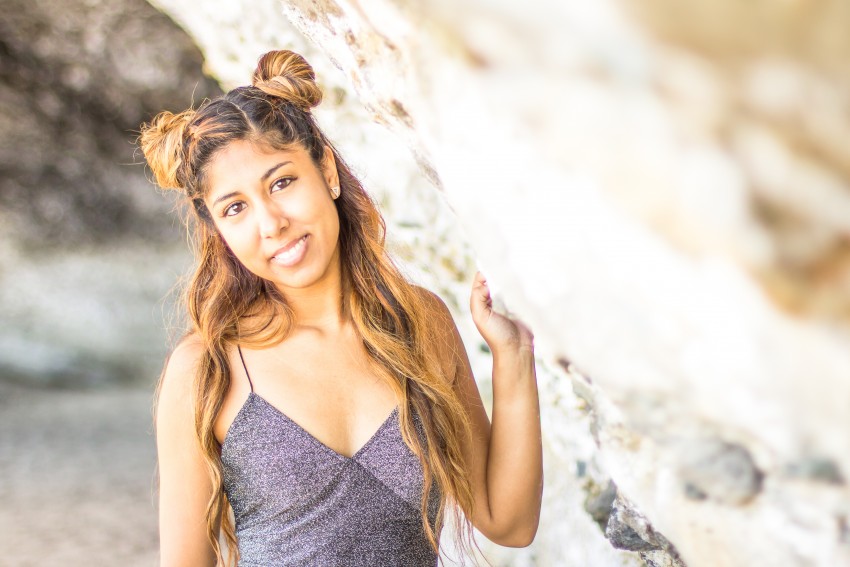 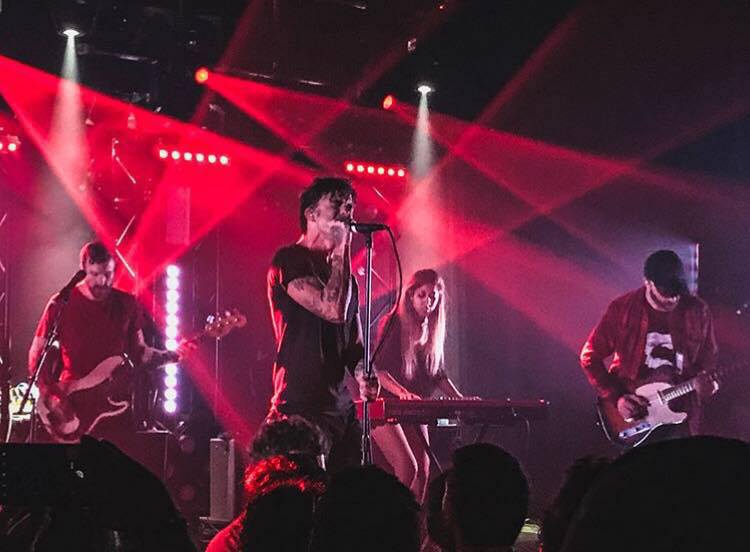 Performing on keyboard with Circa Survive 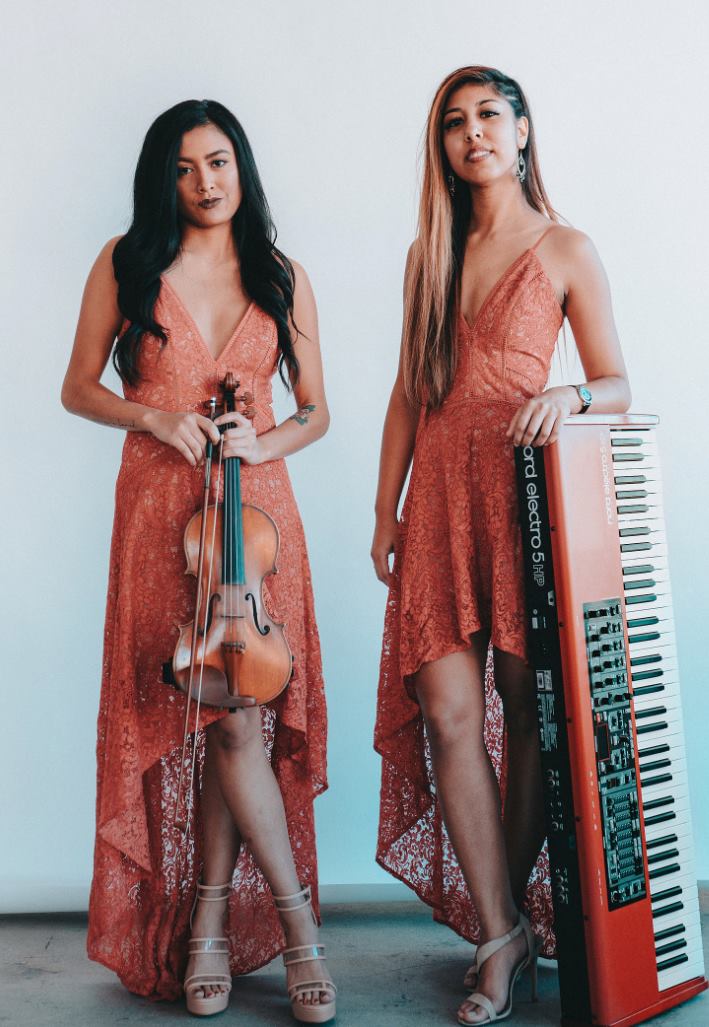 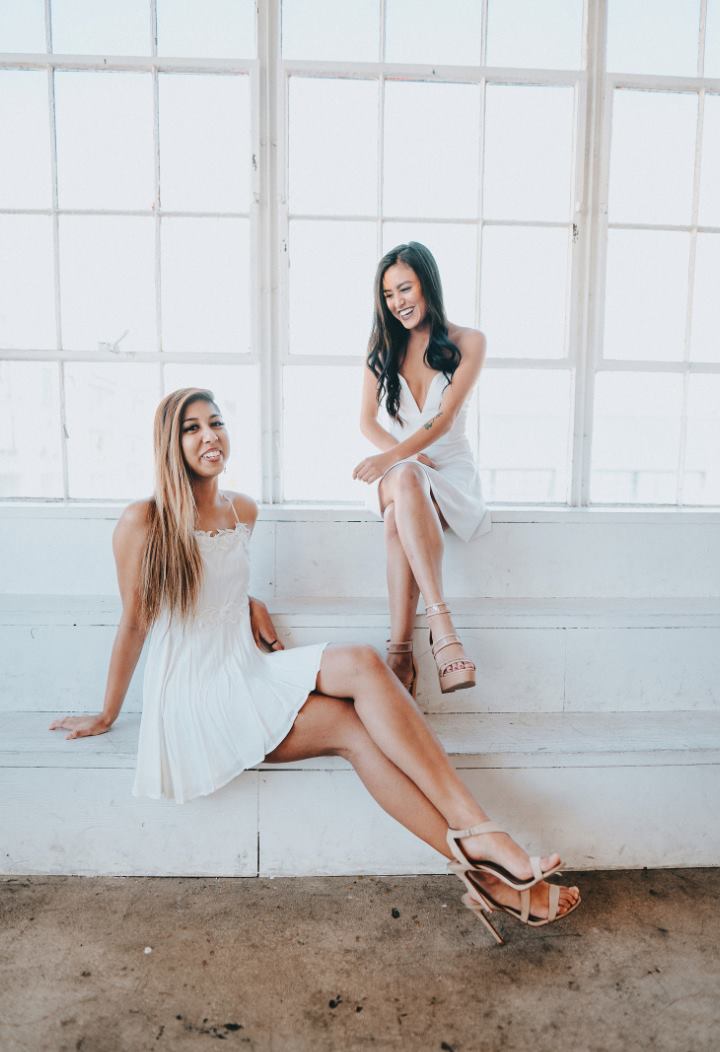 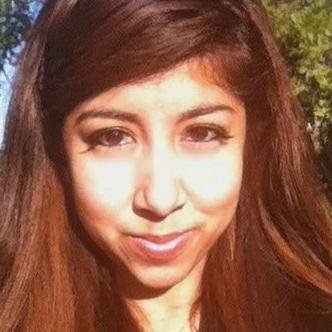 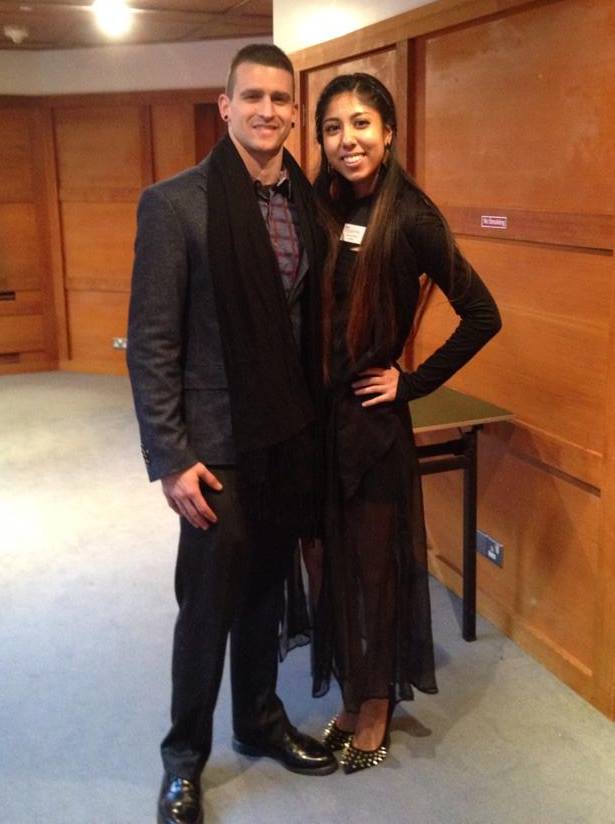 Posed with my manager after my TEDxCambridgeUniversity 2014 performance 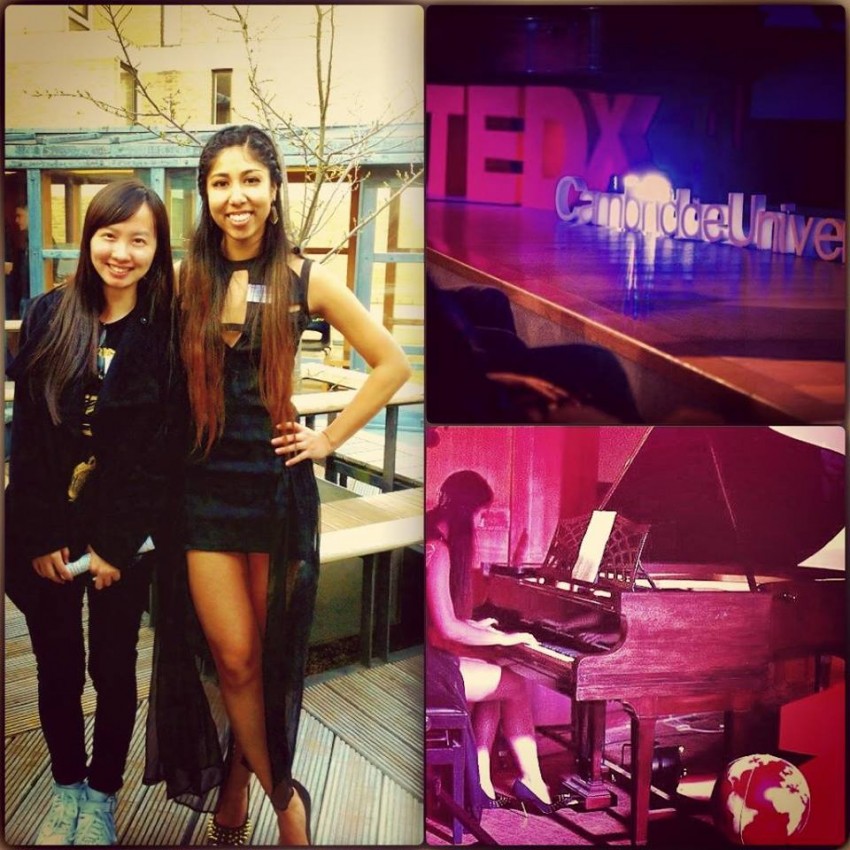 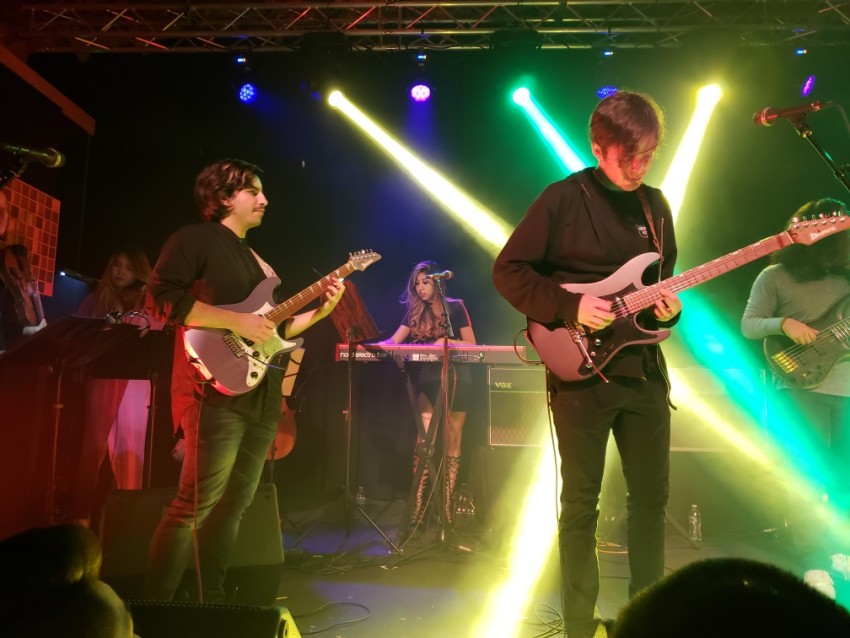 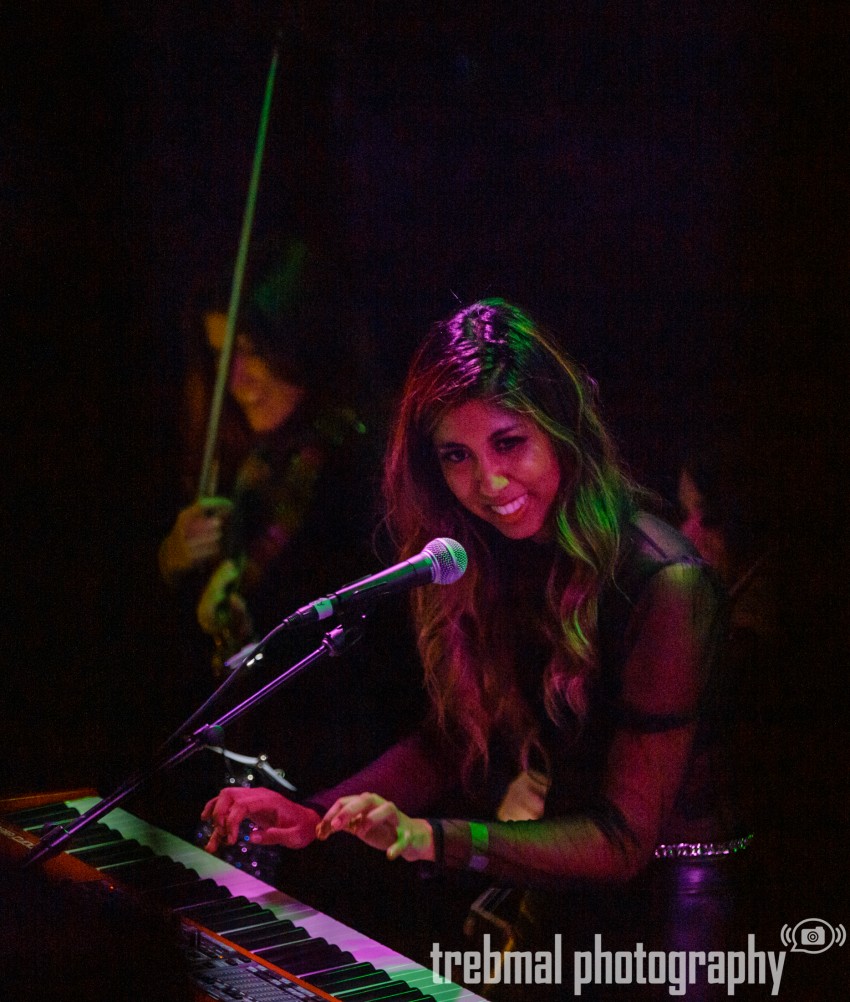 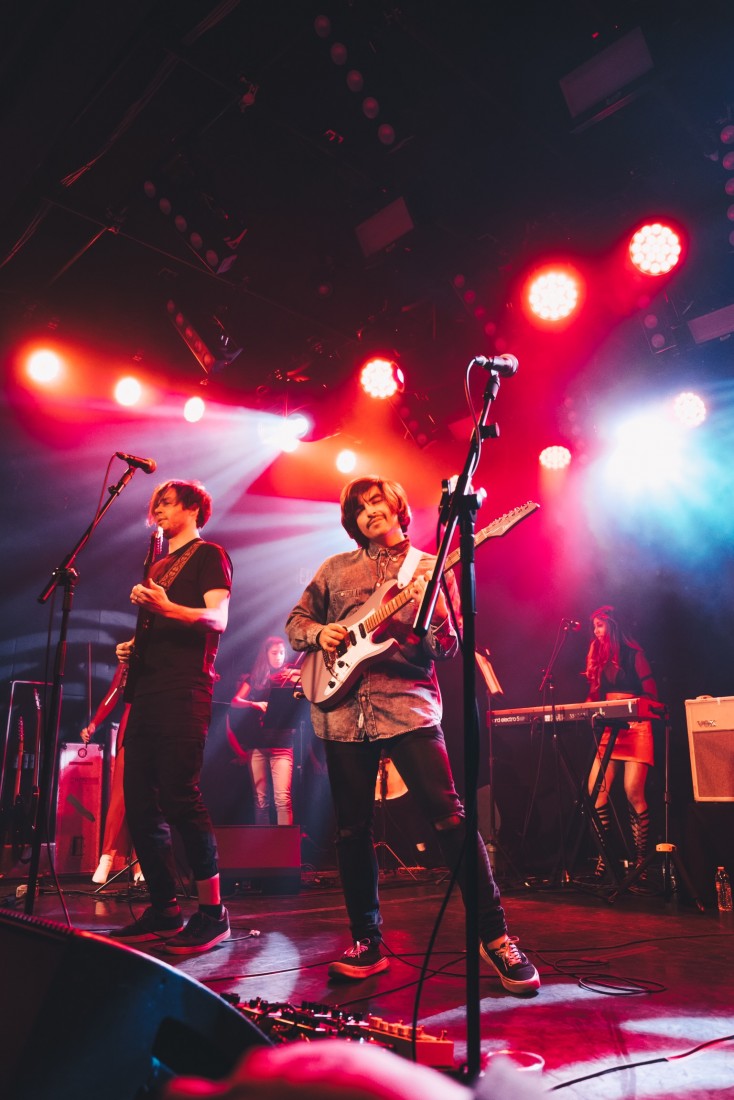 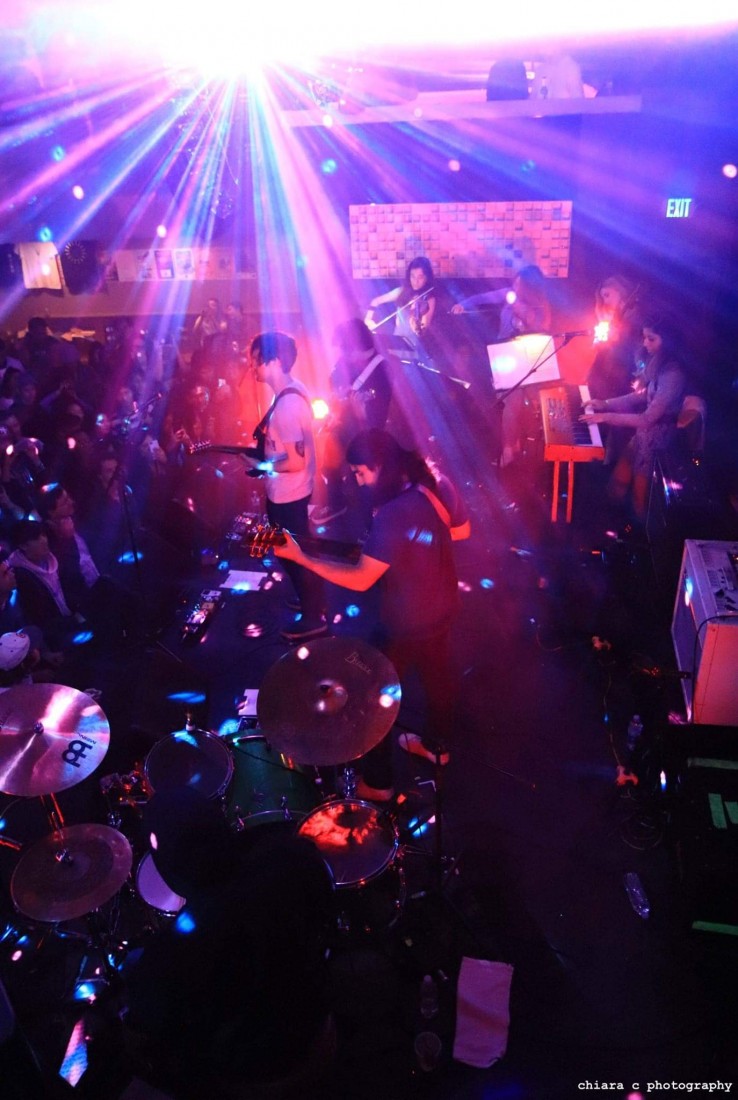 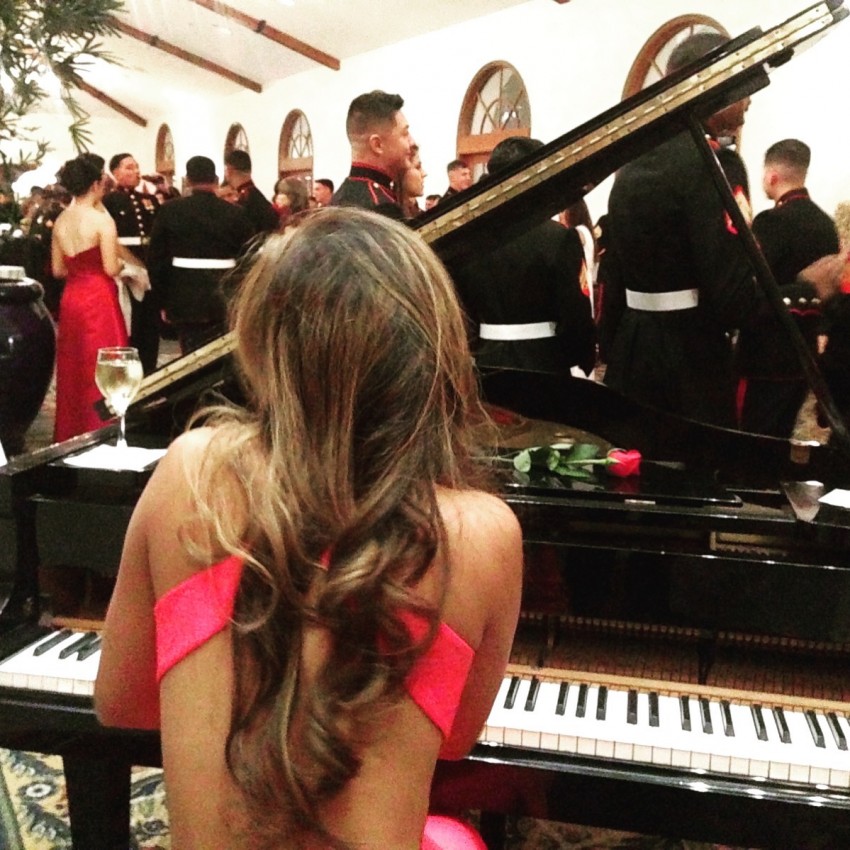 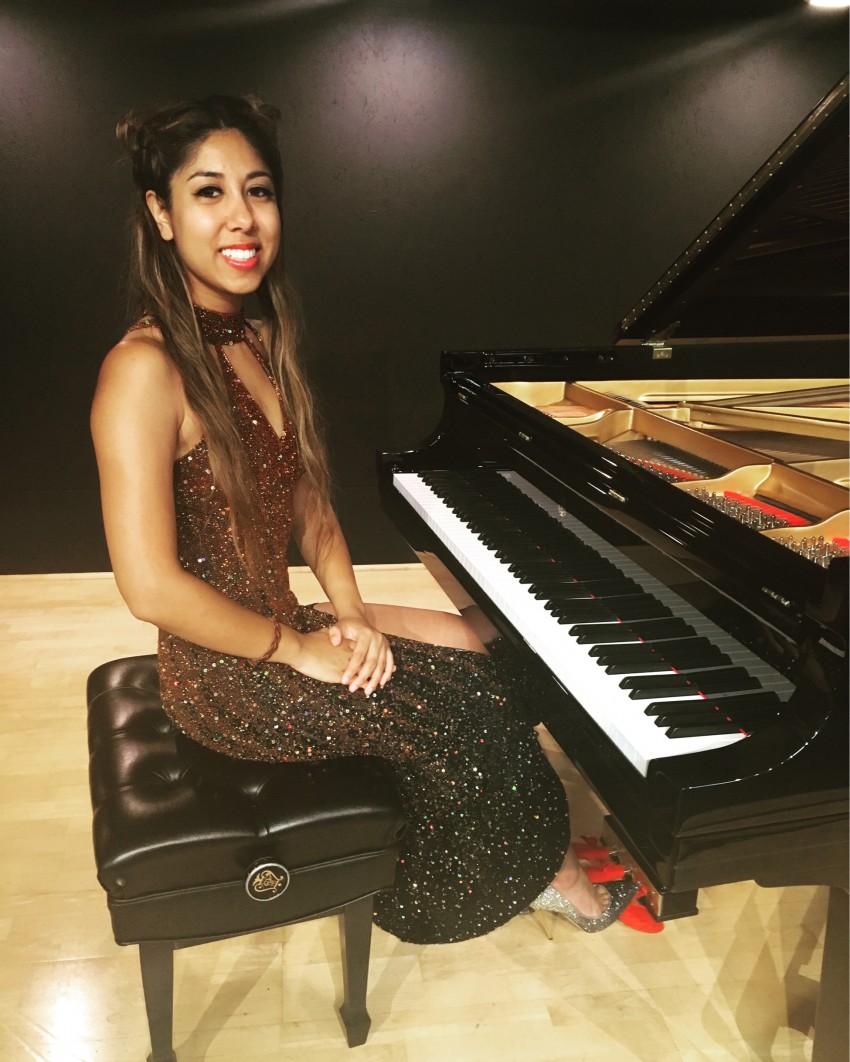 Recording on a Steinway 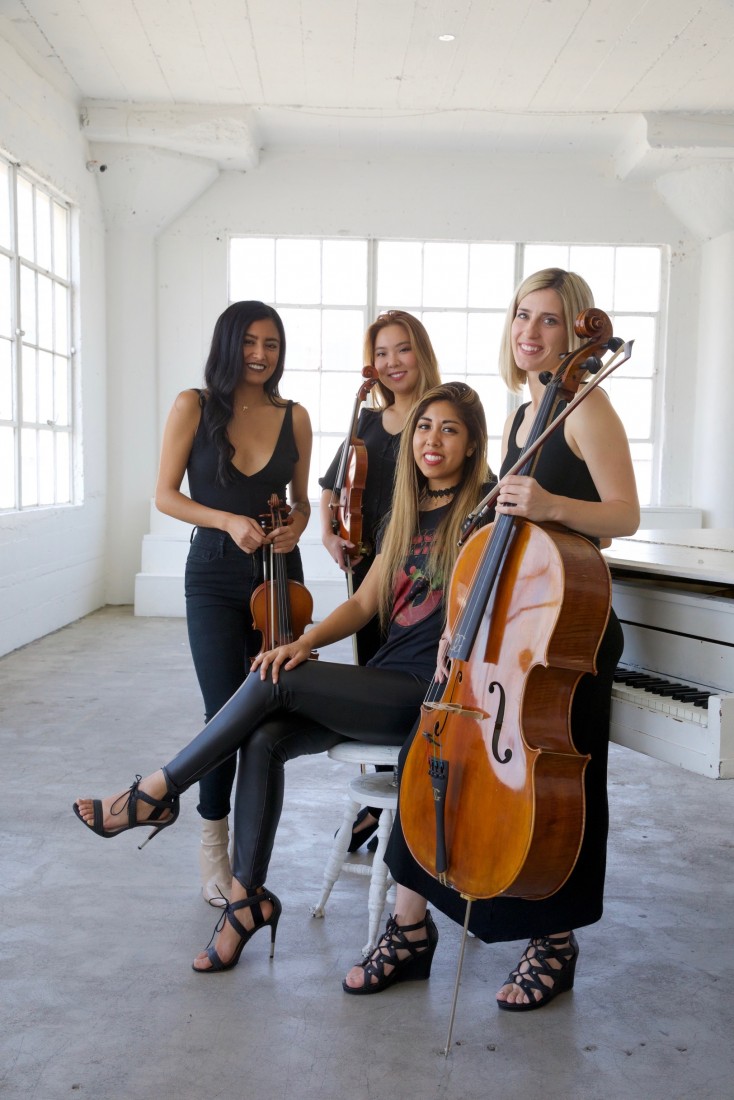 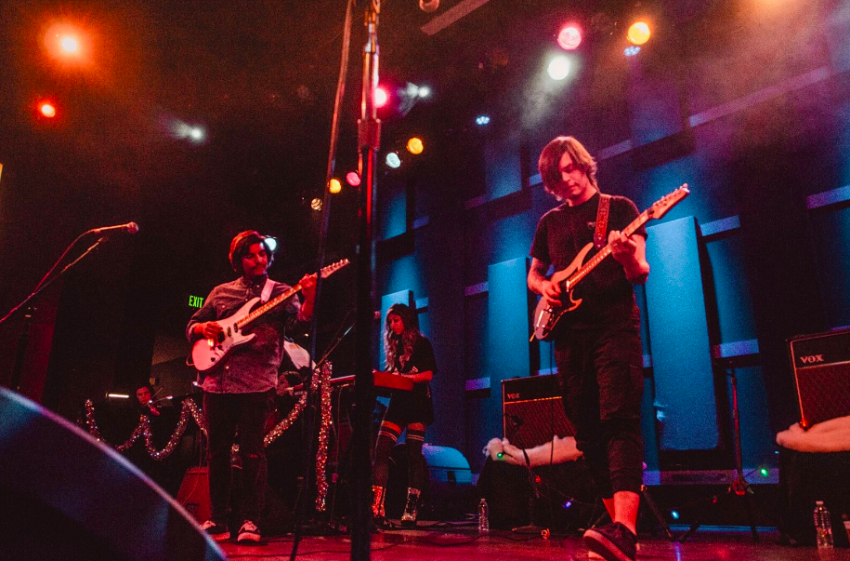 Summer is absolutely amazing. Words can't even express the talent this girl has. She takes your ideas and makes them a million times better! She is a true piano prodigy that is able to take any song or idea you give her and bring it to life. We had Summer play at our wedding of 2/15/15. She performed "Gone, Gone Gone" by Phillip Phillips for the processional, "Canon in D" (even played the specific parts requested when the bride walked down, and "I'm Yours" by Jason Mraz after we were pronounced husband and wife. Summer also sent us samples of the songs before the ceremony so we were assured of what we were going to hear the wedding day. We were so thankful to have a live pianist play at our wedding, it's so much more personable and romantic than DJ music. People complimented our pianist Summer throughout the reception and still now,, weeks after our wedding. Thanks Summer for your talents and beauty. Very professional.

Two words – HIRE SUMMER! She is an exceptional pianist who made our Christmas party come to life! Her beautiful arrangements interweaved both modern and classical songs – all of our guests were blown away by her extraordinary talent!!

Summer played for ninety minutes straight, making sure every song sounded as wonderful as the one before it. She has such a passion for what she does and you can feel it in her music. And, as an added treat, she gifted us with a recording of her performance.

Summer is also very professional – she was prompt in replying to emails, and she played all of our requests. We can’t wait to throw another party just so we can have her back. Thanks Summer!!!

Thanks you so very much for this kind review! If GigSalad had the option to rate clients, Joy and her family/friends would be the absolute best. She was the most warm and welcoming of hosts and my boyfriend and I had a blast joining in on some of their holiday games post-gig (not to mention the food was delicious). I should add that Joy also took the time to get her piano tuned a week and a half before the event which made her Chickering sound incredible! The best gig I've played all year, hands down. Jeff and I are so happy we made some new friends!!
Thank you so, so much Joy and Mike; I am looking forward to performing for you again :)

Summer was great! We hired her to play some background music for a tea party in the courtyard. She was on time and very professional! I received many compliments on what a great addition she was to our tea party. Thanks so much, Summer!

We have never heard such wonderful sounds come from our piano played by a beautiful, charming young lady pianist. She was amazing and so gracious! After she played her first arrangement and stopped I was breathless!! I know everyone was very impressed at our party from their comments after.. We will definitely have her over again just to play for my wife and I. Just astounding!! Thank you Summer!!

We had the best time listening to Summer play. She played such an amazing variety, and truly blew away our expectations. She was really down to earth and I wanted her to stay and hang out at the party after! If I ever found myself needing a pianist for another event I would want it to be her 1000x over!

Very professional, played beautifully. Highly recommended. We will use her service again..

Summer was amazing. She played before the actual wedding, during the wedding, and 1 hr at the cocktail party. She was very professional and her music made my daughters wedding day even more special! Thank You Summer!

Summer is a beautiful, talented professional who made my piano come alive and thrilled us for solid half-hour performace

Thank you very much for your extremely kind review Robert. It has been an absolute pleasure to perform for your family; you all have been very welcoming and I am touched by your appreciation for my music! I've very much enjoyed both of my performances on your beautiful upright Kawai and would be delighted to perform for you all again in the future. Wishing you and yours all the very best!

Summer is an extremely talented person - fantastic pianist and lovely to have at any party! We contacted Summer to play for a few hours at our cocktail party-wedding in the OC after finding a youtube video of her covering Thrice (nostalgia for us), best decision EVER. Summer was extremely professional throughout the process of booking her, went out of her way to make sure the facilities would be operating correctly on the day-of and played amazingly! She even learned Bohemian Rhapsody for us and was extremely accommodating - and she brought her boyfriend who was a gem too ;). I would wholeheartedly recommend Summer to anyone in the future, she really keys into the audience and has a great range and lots of talent! So happy she could be a part of our crazy day!

Jenna and Justin,
First off, congratulations again you two!!! I feel so honored to have performed for your wedding cocktail hour. You and your wedding guests were all so kind and I was so happy to have the opportunity to play so many requests that I normally do not get at weddings (Queen, Thrice, Metallica, just to name a few :) ). I wish every wedding I get perform for is as welcoming and fun as yours! My boyfriend (who attends my gigs when he's not working to ensure my safety) was even commenting days after your wedding how much fun it was to be among such a young, festive, and welcoming crowd.
Thank you very much for being so thorough and communicative throughout the entire process leading up to your big day, and thank you for this incredible review. I wish you both nothing but happiness in the rest of your lives together!

Add Joy to our Holiday Event

We had Summer at our Holiday party and she was a great addition to the event. She played an assortment of music from classical to Christmas tunes. She was professional and we would recommend her for events in the future.

Thank you, thank you DayNa and Heather! It was a pleasure playing for your women's holiday party--what a wonderfully organized event. The ambience was bar none and everyone was very welcoming. I hope to work with you both much more in the future!!!

I often perform for high-end corporate events, private parties, awards ceremonies, and luxury/celebrity weddings.
For weddings, I often perform at luxury/celebrity weddings before and during the wedding ceremony as well as during cocktail hour. As for the ceremony, I usually perform during guest seating, the bridal party processional, bride's entrance, and also during the recessional/exit. You can preview much of my playing on iTunes/Apple Music, Spotify, Amazon, and YouTube. I am requested to play a wide variety of songs ranging from traditional wedding songs such as Here Comes the Bride, Nocturne in Eb Major (Op. 9, No. 2 - Chopin), and Canon in D (Pachelbel) to more modern covers of songs such as Perfect (Ed Sheehan), How Long Will I Love You (Ellie Goulding), I'm Yours (Jason Mraz), Home (Edward Sharpe and the Magnetic Zeros), Madness (Muse), Words in the Water (Thrice), and All of Me (John Legend), Make You Feel My Love (Adele), etc.

I perform solo piano or keyboard, ranging from classical to rock, pop, easy-listening, soundtrack, and even electronic, rap, and hip-hop covers at public and private events such as high-end corporate events, luxury and celebrity weddings, parties (holiday, birthday, anniversary etc.), banquets, and at upscale restaurants, wineries, and wine bars--I have previously held residencies or performed frequently at Balboa Bay Resort (Newport Beach), Citrus City Grille - Orange (Orange), Rock Wall Winery (Alameda), Double Barrel Wine Bar (Livermore), and Sliver Pizzeria (Berkeley). I currently have over 2 million total video views on my YouTube cover arrangements for piano and strings and over 5 thousand monthly listeners on Spotify.
Some more background performance wise, aside from performing solo for 10,000 at the Anaheim Convention Center and performing at two TEDx events, I have also performed in bands and orchestras. I was the pianist for my high school's productions of the musicals Fiddler on the Roof and Company and also received 2nd place in the Southern California Regional Dan Stover Competition in 2007 (performing Chopin's Fantasie Impromptu). Though I do have a classical background, I mostly enjoy performing by ear nowadays, learning requests in all genres and expanding my 2,000+ musical library of songs committed to memory. Aside from my solo career as a pianist, composer and arranger, my studio and touring/live credits include Bebe Rexha (on The Ellen Show), Circa Survive, Anthony Green, Chon, Naia Izumi, KSHMR, Until the Ribbon Breaks, Alexandra Shipp, Love, Alexa, Psychic Barber, and more.

I also can be hired to perform in my piano and violin duo (with optional vocals and backing vocals), Yas & Sum. We specialize solely in luxury and celebrity weddings and high-end corporate events.

I can additionally hire other/more violinists, violists, cellists, guitarists, drummers, bassists, flutists, vocalists, etc. to perform along with me.

My most notable musical accomplishments include:
Becoming the youngest person to ever pass the Yamaha Teaching Certification exam (Level 5 theory/performance) in 2001.
Performing solo piano at the ACSI National Teachers Convention in front of 10,000 teachers and schooling professionals at the Anaheim Convention Center in 2003.
Passing the Advanced Level of the MTAC Certificate of Merit exams in 2004.
Graduating from UC Berkeley in 2010 with a BA in Legal Studies and Music Minor.
LA Weekly wrote an article about me and my music that was published both online and in print in 2012.
Performing at TEDxUCSD 2013 (duo with a violinist) and TEDxCambridgeUniversity 2014 (solo).
Touring with Circa Survive in 2017, playing venues including the Shrine Expo Hall and Terminal 5 NYC.
Performing with Bebe Rexha on The Ellen DeGeneres Show in 2019.

Please view my website as it has more links to video, an extended bio, reviews, social media links, and more!

I do not need to relay any other additional tech information at this time, however, I do want to ensure that if the venue/host is providing a piano, that it be in tune with working sustain and soft pedals. I also need there to be adequate lighting at the piano so I may see the keys and potential a couple set notes/list I make if the event is at night or in a dark/dim-light room.
If the venue/host does not provide a tuned, acoustic piano, and I am to bring my keyboard, please ensure that your venue has at least two three-pronged outlets near where I am to set up, into which I shall plug my power cables for my keyboard and amplifier. Should I be bringing my keyboard and amplifier to a performance, the client is responsible for providing appropriate coverage for my keyboard, amplifier and myself should there be inclement weather etc.

This is a tough question to answer as my influences include both composers whom I've performed (classical mostly) as well as musicians to whom I listen for pleasure and have covered their songs... these would include: Beethoven, Chopin, Muse, Ratatat, Circa Survive, and Thrice.

Tuned, acoustic piano with 88 working, non-sticking keys, tuned to A440, and a working sustain pedal (if the piano is to be additionally amplified beyond raising the piano lid, I can provide a microphone and speaker at a small additional fee). If there is