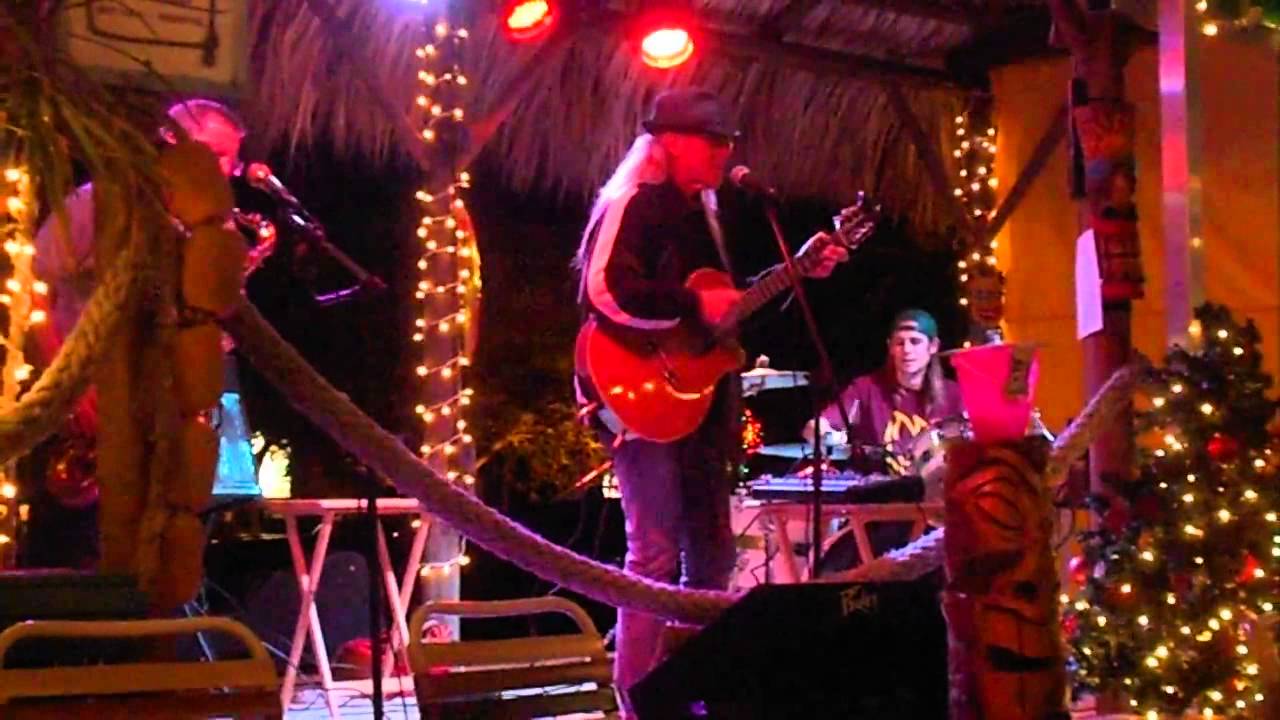 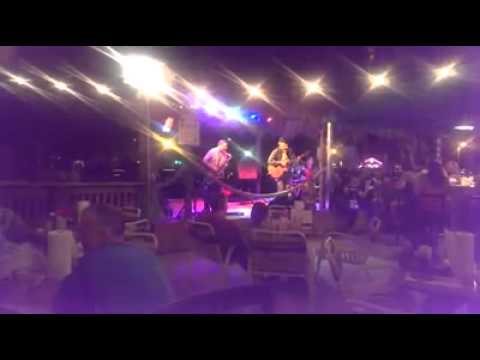 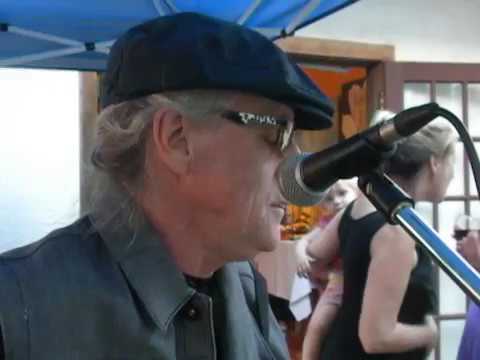 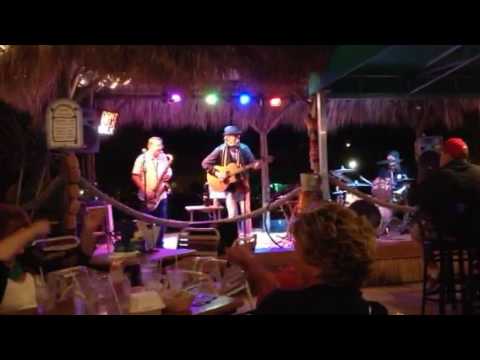 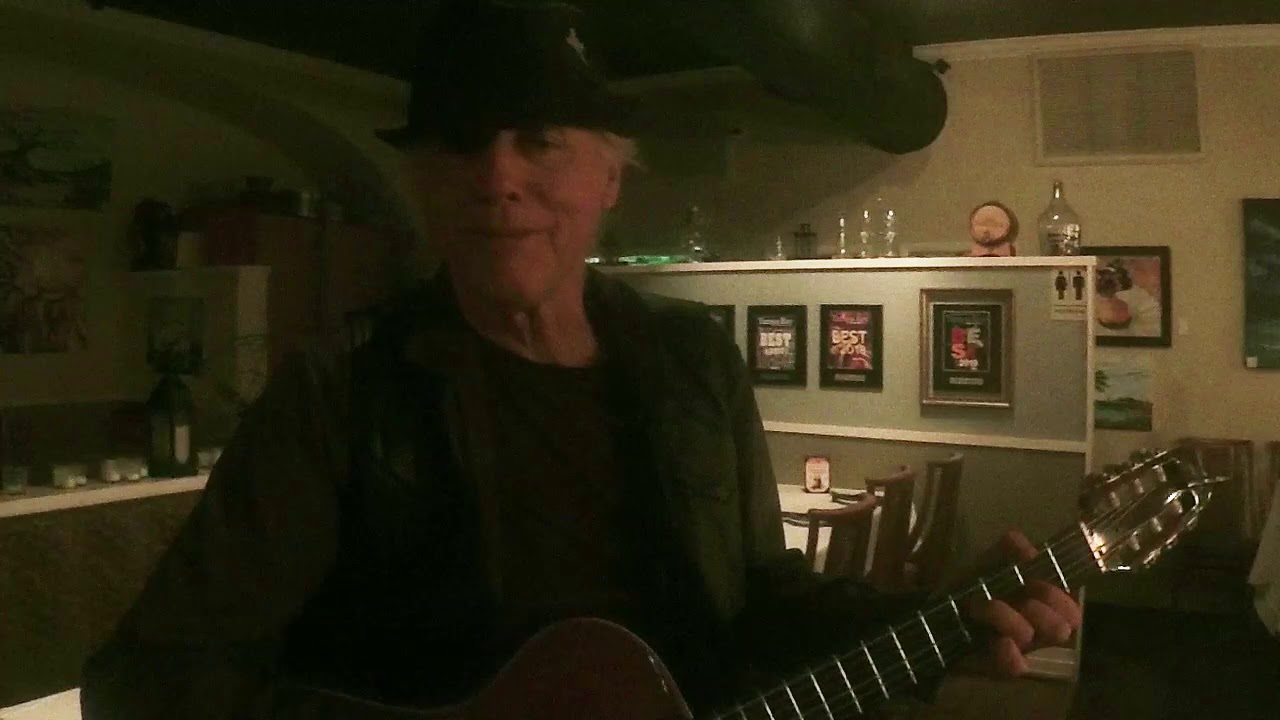 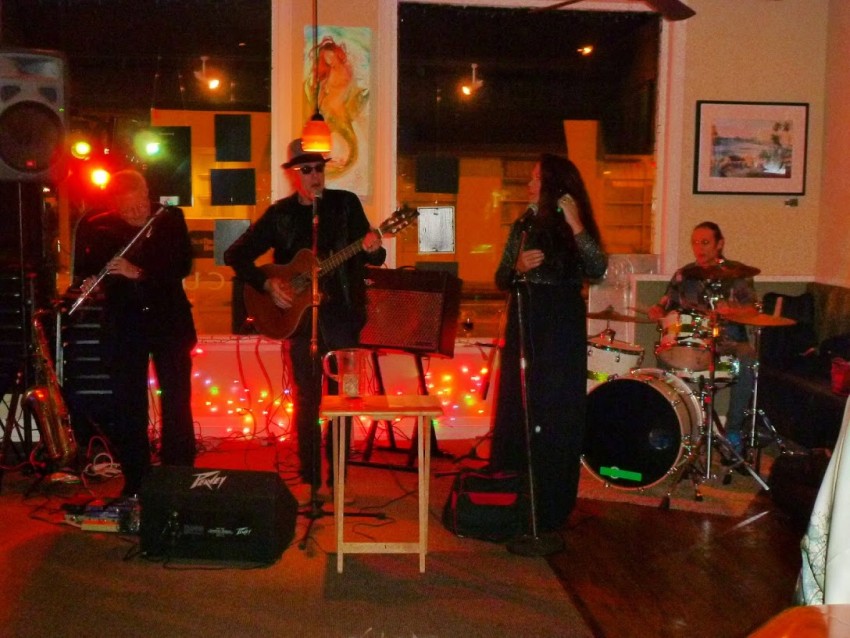 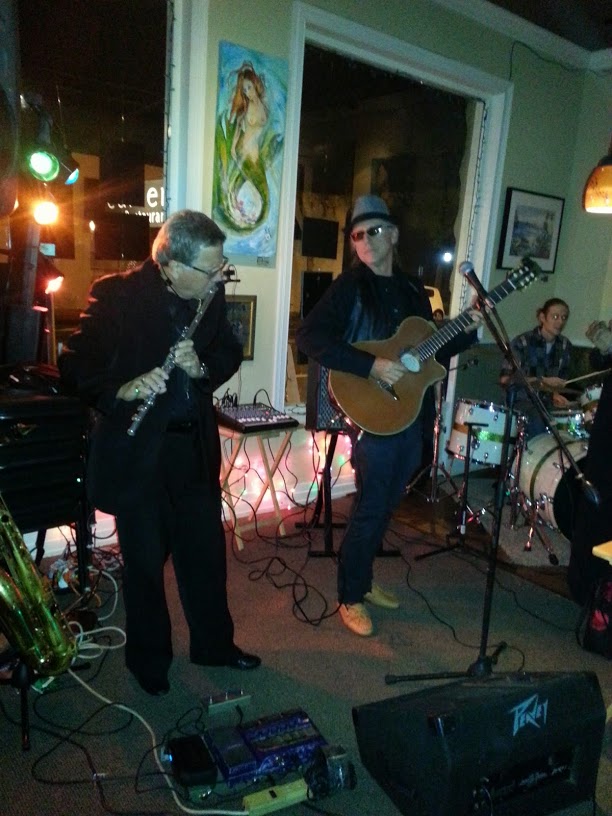 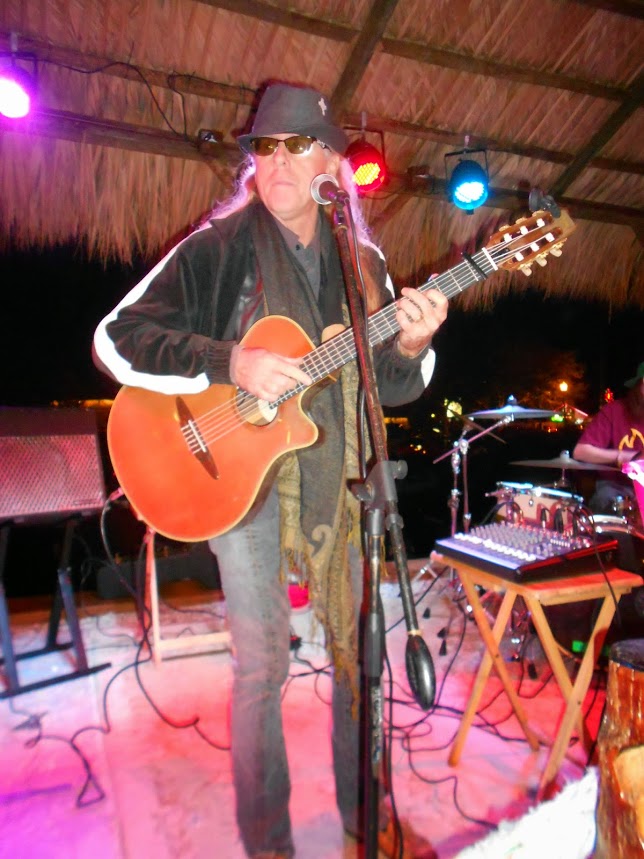 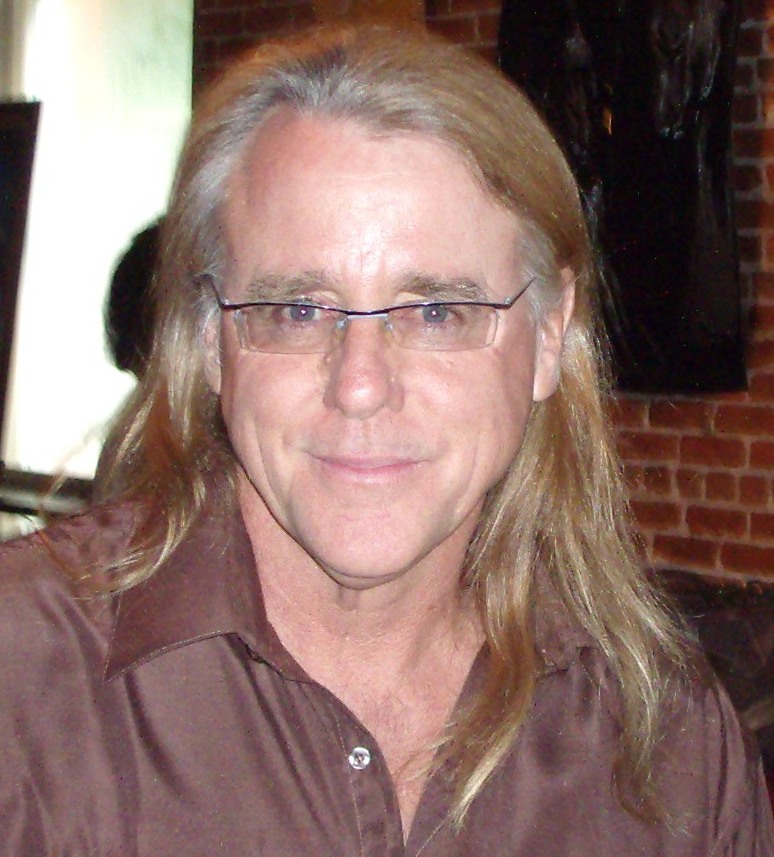 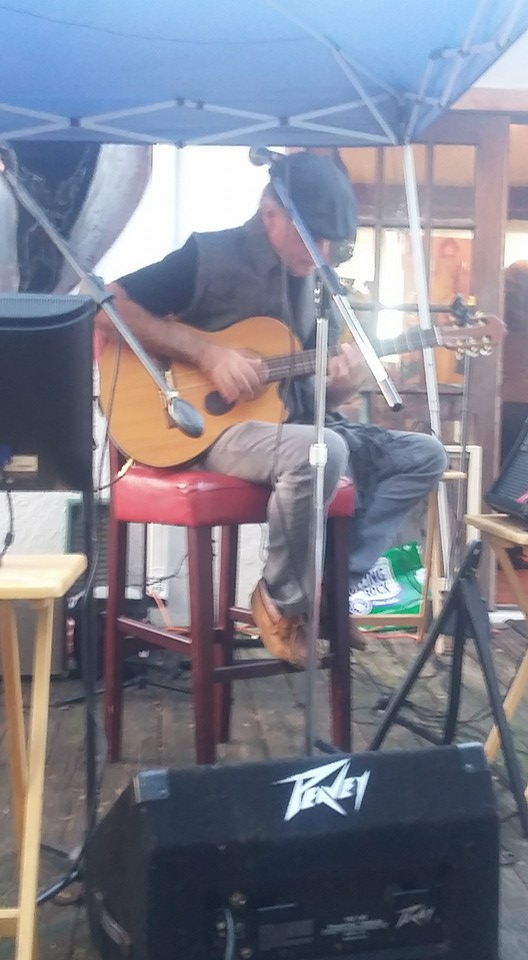 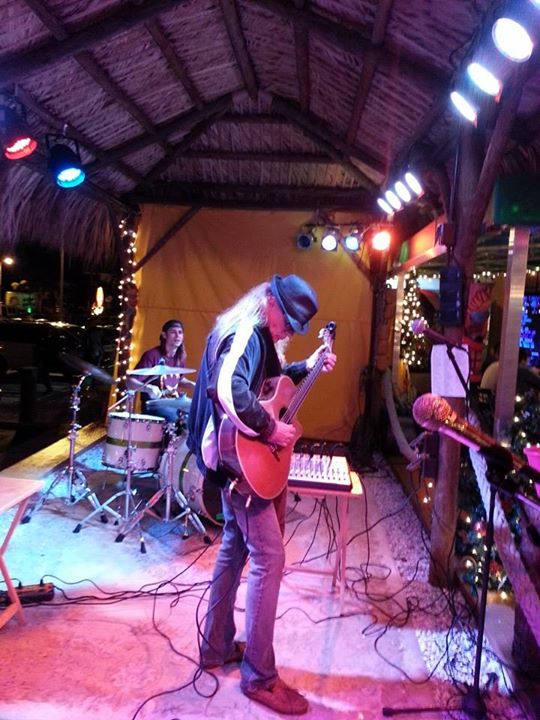 Guitar renditions of classic hits from a variety of genres including Pop,Latin, Jazz, Rock, and Blues. I perform as a strolling soloist, or Singing the hits. From Nashville, where I fronted the original band Art for Ears a celebrity guest with Chet Atkins, opening for various artist's Leo Kotke, and performing with Victor Wooten. Now performing fri & sat for the past 10 years @ Currents cafe Tarpon Springs 4-Star Restaurant doing strolling instrumental, and my band singing and performing special events. I do not play to tracks. Pure finger picking music and smooth Vocals.
Charisma included! "I also have an all battery system for remote location or boat gigs!"

Hey Rich, thanks for having us come and play for your event. Even though I originally declined this gig as it really wasn't in my genre, your amazing powers of persuasion convinced me to reconsider (LOL) as you mentioned your group would like something different than the usual Frank Sinatra-type crooner music. Many of your guest told us how much they enjoyed having something different, and was great to receive the many accolades from your party, and appreciated your generous tip. We also look forward to the pool parties you mentioned this Summer, and hope we can fit some into our performance schedule. Best Always Robert and Mary Sutherland

Price Range: $100. Up depending time location.

A socially adept professional, artistically executing popular songs on the guitar to the delight of the audience. My repertoire encompasses songs spanning generations, and can be spontaneously tailored to create a musical atmosphere that will delight all in attendance. If vocals are desired, I am also an accomplished vocalist.

Originally a Star Search finalist in Oklahoma City, and now enjoying Florida after some years developing an all-original band, Art for Ears, in Nashville, TN (voted best all-original band multiple years). Worked with Chet Atkins, "the most influential guitar stylist. Period" says Guitar Magazine, at the "Chet Atkins Celebrity Golf Tournament." This event is one of the top charity events for the State of Tennessee. Moved to Dunedin and developed a solo show, as well as creating a band with some of the finest musical talent in the area.

A sampling of songs performed:

Ain’t No Sunshine When She's Gone
All Night Long
Amazing Grace
Annie’s Song
As Time Goes By
Baby I Love Your Way
Baker Street
Black Hole Sun
Black Magic Woman
Blue Eyes Crying
Bobby McGee
Bus Stop
Brown Eyed Girl
California Dreamin’
Can’t Find My Way Home
Can’t Take My Eyes
Careless Whispers
Carry On My Wayward Son
Cats in the Cradle
Change The World
Chicago Beginnings
Classical Gas
Dance With Me
Day in a Life
Desperado
Dock of the Bay
Don’t You Remember You Told Me
Don’t Walk Away Rene
Do You Know the Way To San Jose
Dust in the Wind
Europa
Everywhere
Fly Me To The Moon
Girl From Ipanema
Hallelujah (L. Cohen)
Happy Together
Harvest Moon
Heart of Gold
Hello (Adele)
Help Me
Here Comes the Sun
Hey Jude
Hotel California
House of the Rising Sun
I Am the Walrus
I Can’t Go For That
I Don’t Wanna Fall In Love
Imagine (Lennon)
I’m So In Love With You
Isn’t She Lovely
I Will (Beatles)
Joanne
Just the Two of Us
Killing Me Softly
Laura’s Song
La Vie En Rose
Layla (Eric Clapton)
Light My Fire
Lighter Shade of Pale
Listen to the Music
Little Help
Little Wing
Mac The Knife
Major Tom
Marry Me
Michelle
Midnight at the Oasis
Misty
Moon Dance
More Than Words
Mrs. Robinson
MTV
Norma Jean
Norwegian Wood
One Note Samba
Only Words
Over The Rainbow
Poor Side of Town
Pretty Woman
Purple Haze
Ring of Fire
Rolling in the Deep
Runaway
Samba Pati
Santeria
Shadow of Your Smile
Should Have Brought You Flowers
Sister Golden Hair
Something
(Hey) Soul Sister
Stairway to Heaven
Strangers in the Night
Strawberry Fields
Superstition
Sweet Baby James
Sweet Home Alabama
Take it Easy
Tambourine Man
Tenderly - dark
Thank You (Zepplin)
Tiny Dancer
You’ve Got A Friend
Unchained Melody
Ventura Highway
Wave
What A Wonderful World
What’s Goin’ On
When A Man Loves Woman
While My Guitar Gently
Wichita Lineman
Wicked Games
Wild Horses
Wild World
Wind Cries Mary
Wish You Were Here
Yellow Brick Road
Yes I Feel Wonderful
You Can Feel It
You Are the Sunshine of my life

I can adapt to large and small venues, whatever is needed. From a battery-operated system for remote events to a complete PA system for events up to several hundred people, I can accommodate any situation.