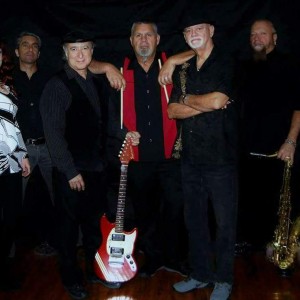 Throughout the 1980's, Fantasy was one of the most popular bands on the East Bay nightclub circuit. Over the years members came and left but the core of Joe Amaral (sax and vocals) and Charlie Marquez (guitar and vocals) remained constant. The band eventually dissolved in the early 90's but still would occasionally reunite to play special events. By 2013 the "occasional' reunions had grown to the point that Fantasy was back to playing regular gigs again for a new generation of fans.
Fantasy's current lineup features many of the original members playing a mix of their old favorites and current Top 40 and Adult Contemporary hits.

Be the first to review Fantasy The band