Evan Disney - Magician on a Mission 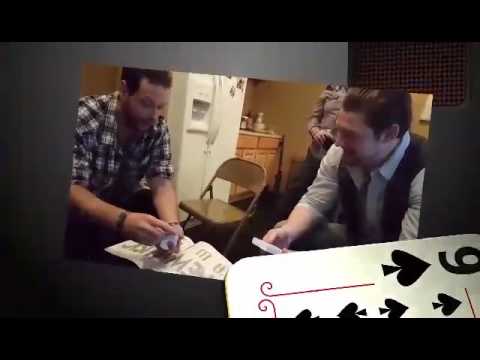 A little sizzle with the reactions 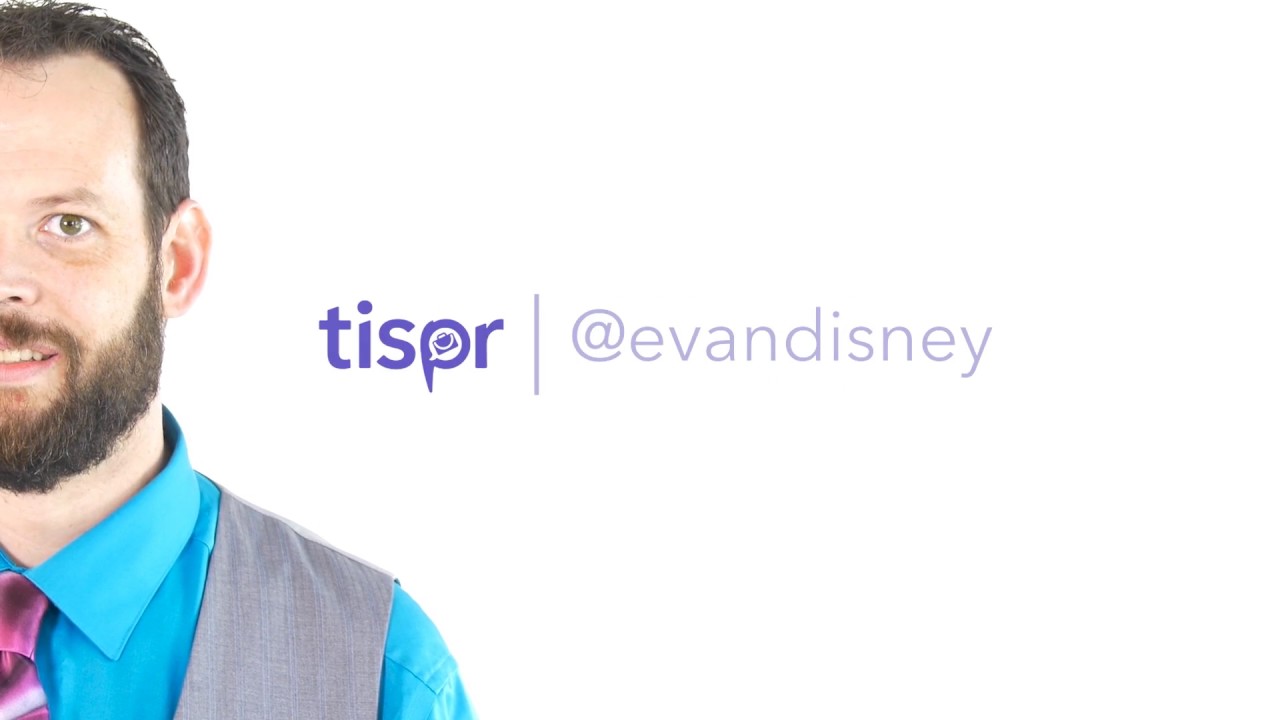 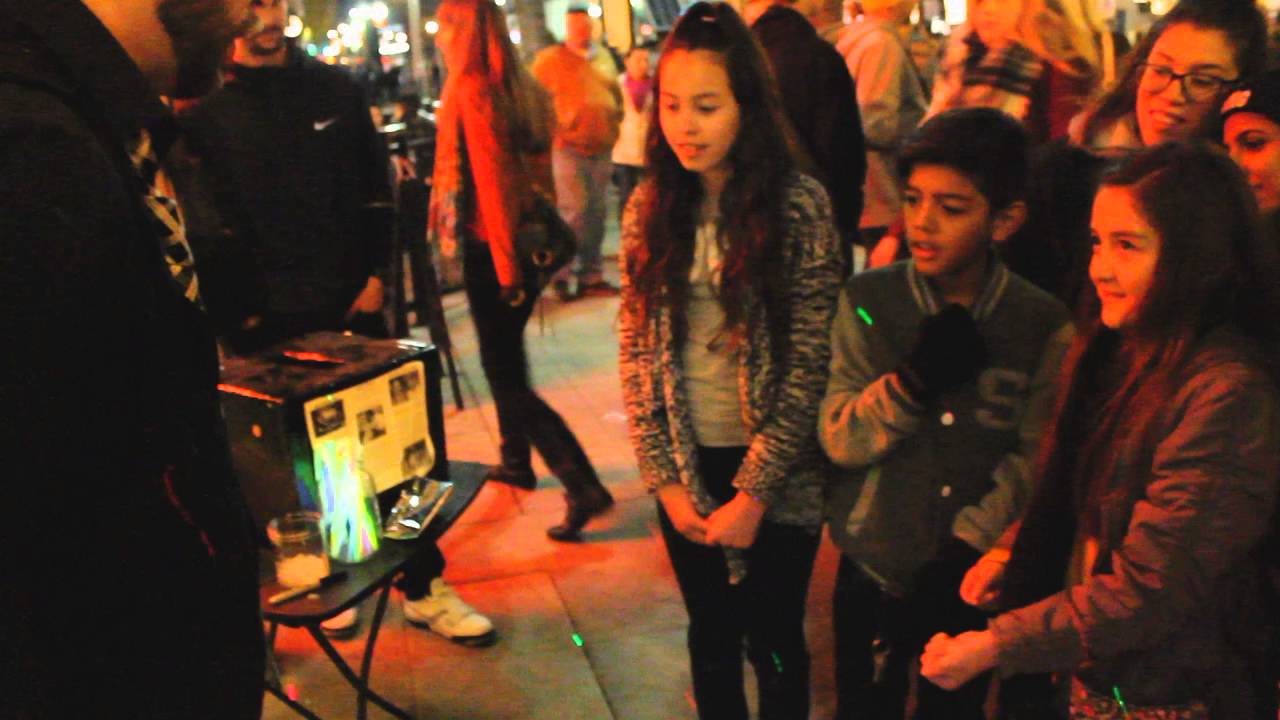 Bunnies at Festival of Lighhts 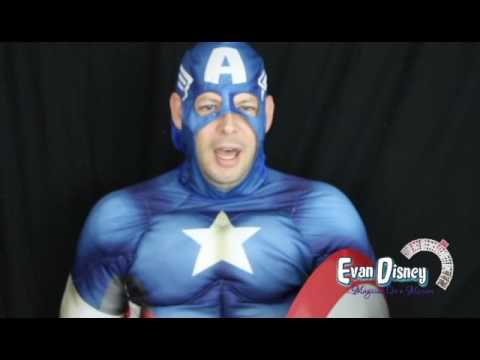 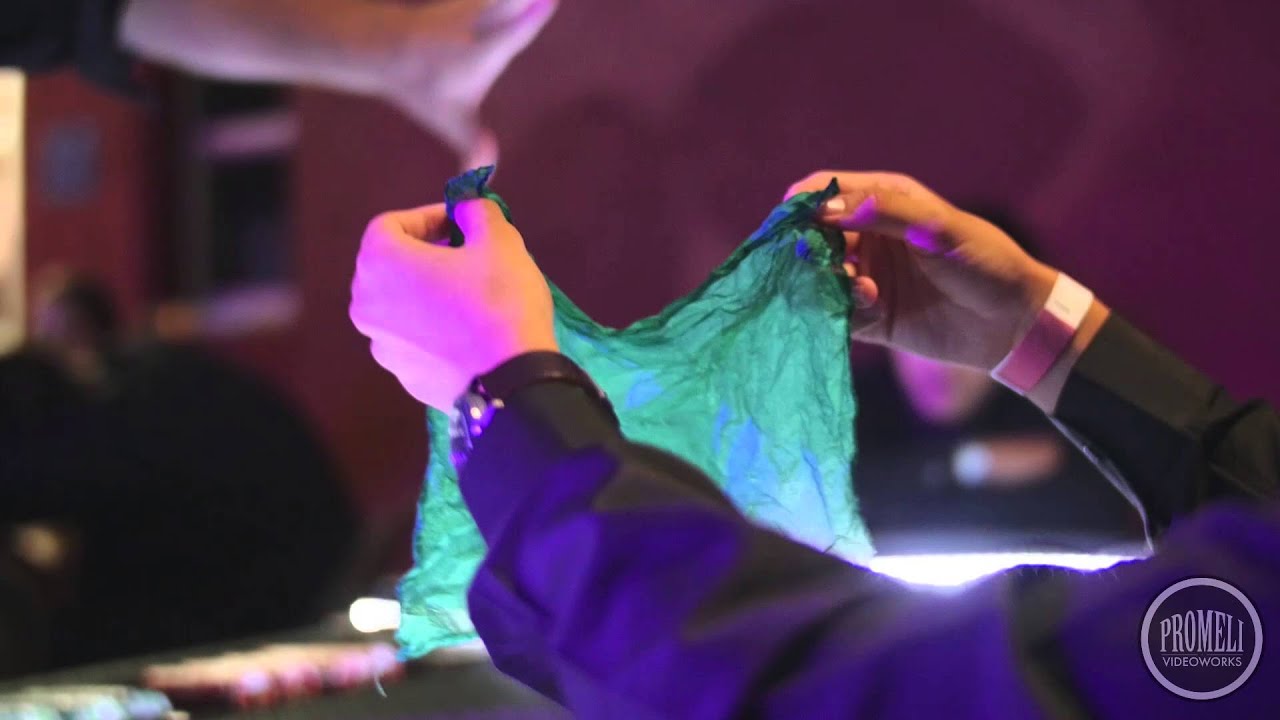 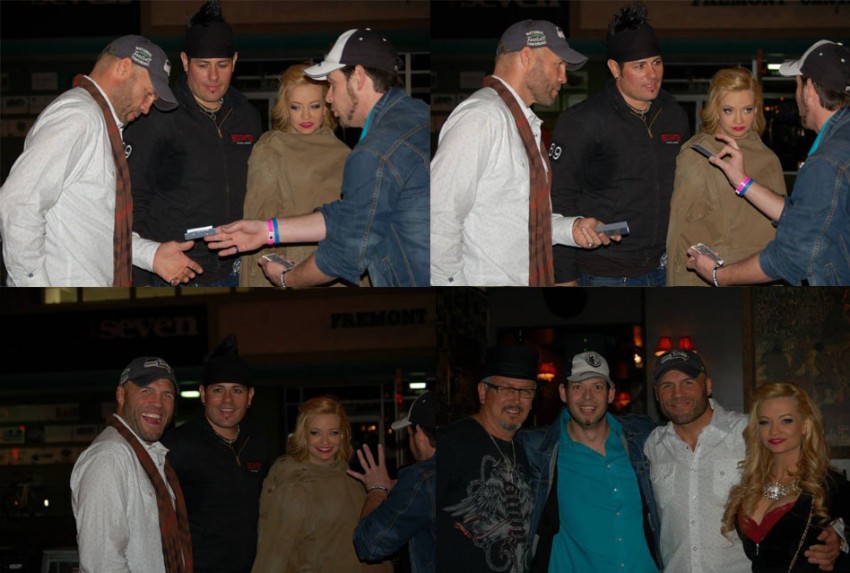 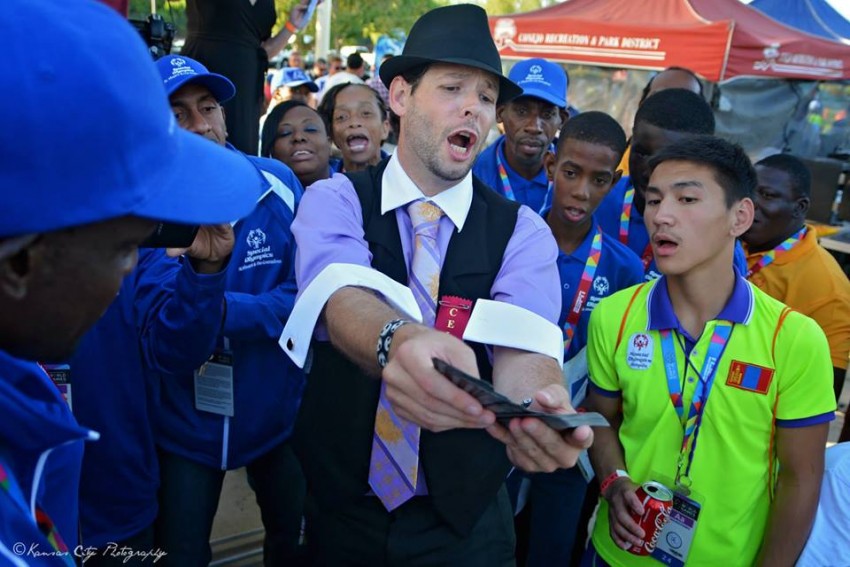 Making an impact at the World Special Olympics 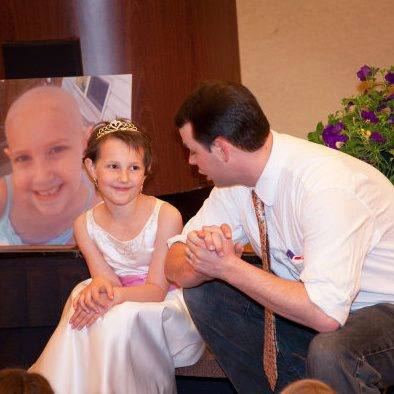 Changing lives at the Make-A-Wish Foundation 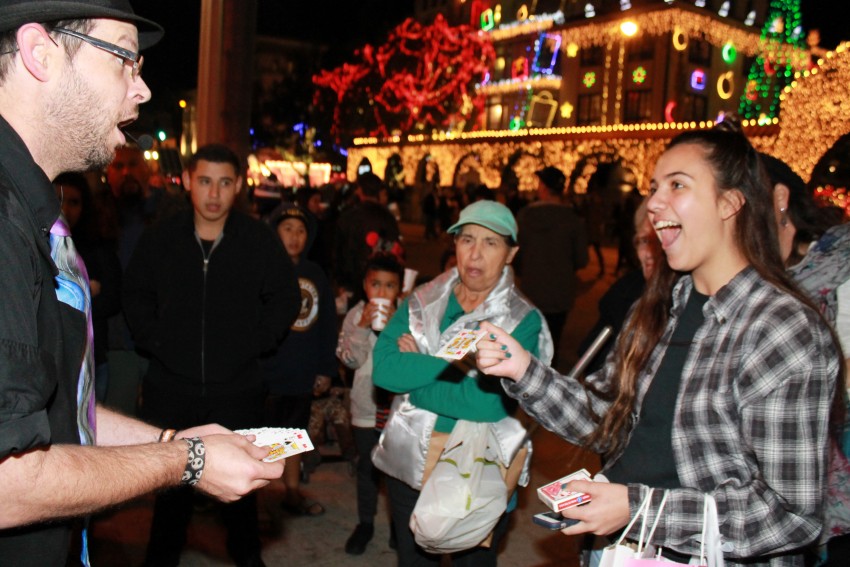 Amazing Crowds at the Riverside Festival of Lights 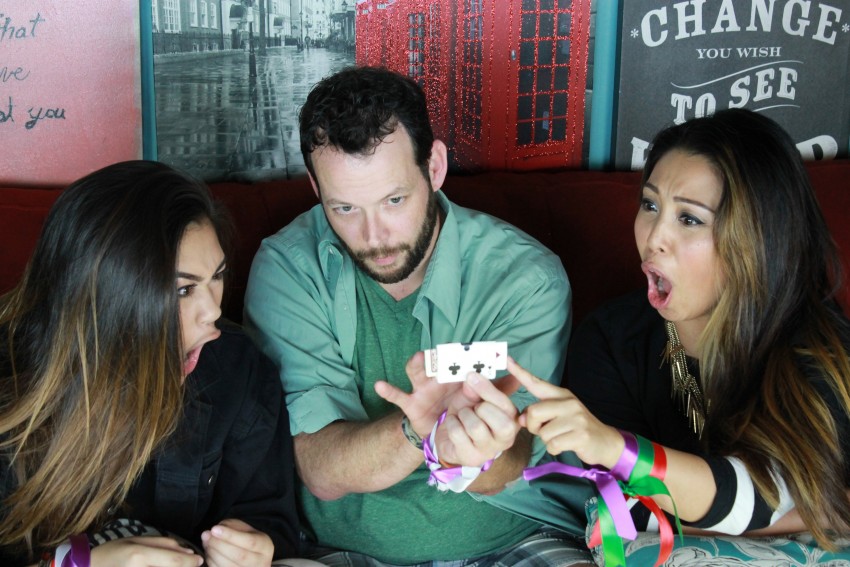 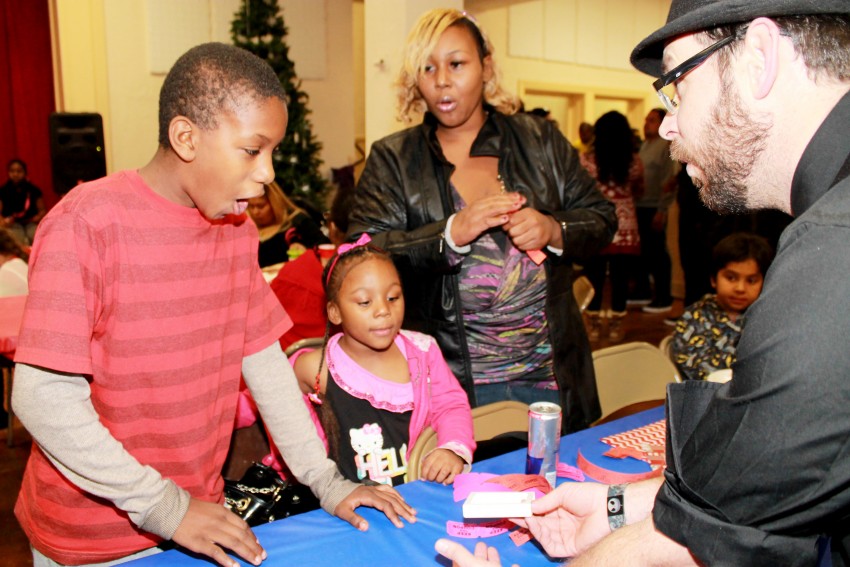 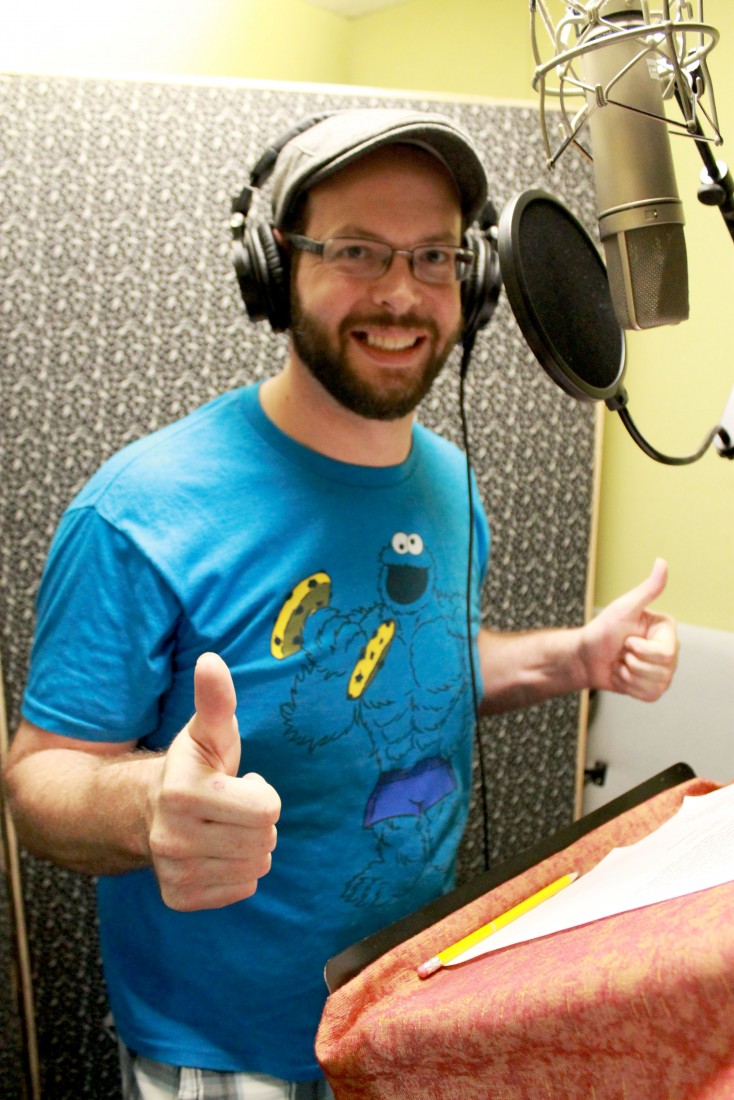 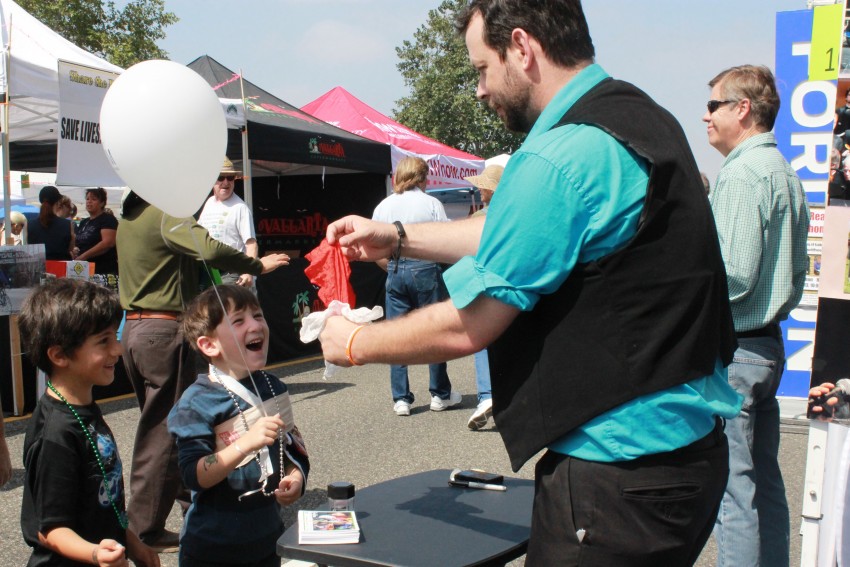 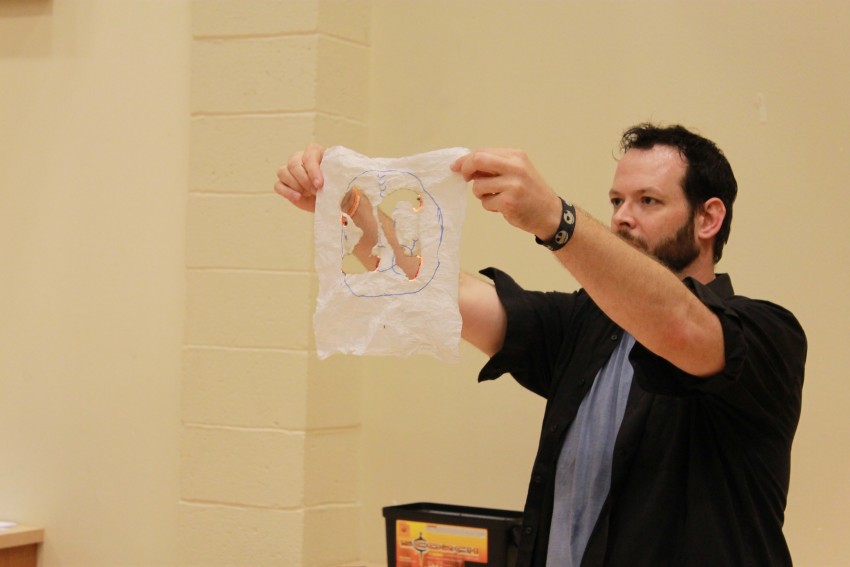 Making Magic for the Boys Scouts of Laguna Niguel 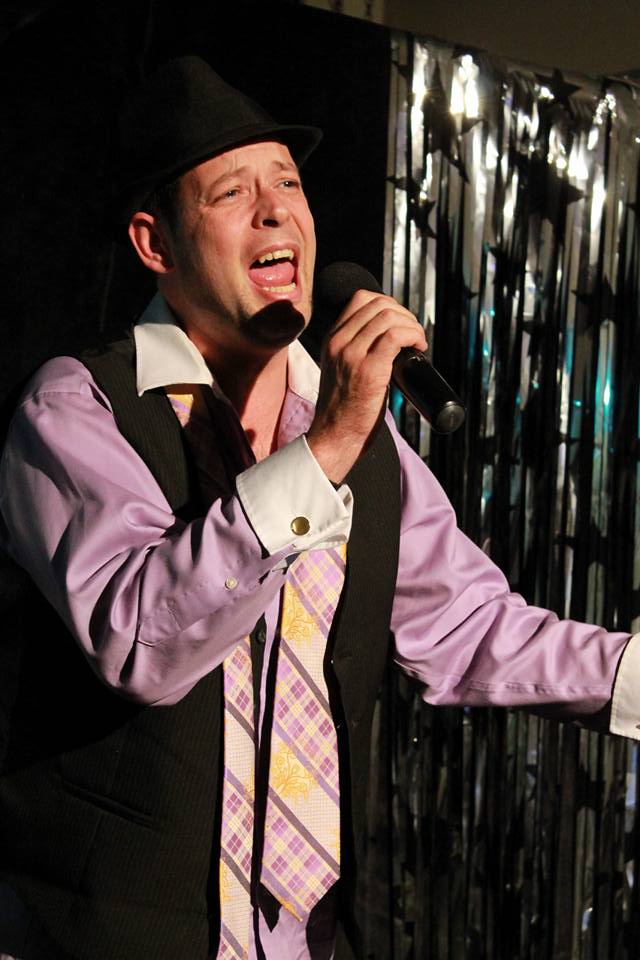 Guest Host/Singer on "Been There, Sung That" Live Broadcast

He did an amazing job at our corporate event!

Evan was funny which was unexpected. He was a really good magician. I felt everyone at the party was engaged and having fun. I heard a lot of laughter which made me feel Evan was the right choice for our party

Our guests were completely surprised and impressed with Evan Disney. It was a great way to start off the night and get everyone going. Great entertainment while we enjoyed our dinner!!

My guest raved about Evan and his magical talents. We all had so much fun and he was so entertaining and funny. I give Evan 5 stars and would not hesitate in having him back for another event! Thanks Evan!

Response from Evan Disney - Magician on a Mission:

Susan,
Thank you so much for this wonderful review! I had a fantastic time with you and your guests. Please do keep me in mind for any future events as well. And if you are interested, please send me an email to TeamEvanDisney@gmail.com and my business director will be sure to send you an invitation to the World Famous Magic Castle in Hollywood. Thank you for a terrific experience!

Evan Disney
Magician On A Mission

Evan did an awesome Job for our school's Purim party.
He engaged and entertained our students from ages 2-13 and our parents loved it too!
Evan is a pleasure to work with and will turn your event into a success!

We are all still just glowing from last Friday's "Evan Disney, Magician on a Mission" magic show! It far exceeded our already high expectations. Our anticipation was high before he came due to the short videos and reviews we'd seen from his previous shows when considering inviting him. But we were not fully prepared for his amazing professionalism, poise, explanation-defying magic moves, and his incredibly engaging (and sometimes hilarious!) stage aplomb. We had expected 40 people and instead had 150, with age ranges from 3 to 92. This entertainer is a definite crowd pleaser, and I have gotten dozens of "Thanks for bringing Evan Disney" words and handshakes from our people and from those from our community we invited since he performed. His charming and lovely business manager, photographer Terecita Baker, also made the night smooth and successful and we're grateful to her as well. Suffice it to say we are beyond pleased and are now already working on when we can have them back!

I didn't care that I was asked by his assistant for payment before the performance began. He did a ok performance.

Response from Evan Disney - Magician on a Mission:

Hi Ivana,
I am sorry to hear that it bothered you that you were asked to pay before the performance, but I hope that it was not a surprise as it is mentioned in every quote (including yours) that the balance was due at the time of arrival. And I appreciate your honest opinion of my performance, even though it conflicts with what you said on that night about my performance being "great", and what your guests said as they continued to ask for more with enthusiasm, throughout my strolling magic. But I do appreciate your vague feedback and wish you the best.

Evan arrived on time and captivated my guest with his magical show. We loved him and highly recommend him.

He is so amazing! I was in aww watching him perform! I love magic and he made me love it that much more!

This is what magic should be

Evan is brilliant, even without preparation time he makes your time amazing and is just lovely as both a person and performer. If you want magic, he's got it in spades.

Twenty plus years in events, doing every part from setting up the photo booths, the DJ equipment, decorations and hardware, Evan Disney's Magical Entertainment is a dream for Event Planners to work with. Knowing the flow, and chain of command of most events has made Evan Disney a model in efficiency and low maintenance. Many times Evan has proven a valuable asset to Event Planners by assisting them in times of need and crisis and requires no supervision and very little instruction. A master in communication, Evan has proven an effective go between to help the day of the event if needed. In short we pride ourselves on being an asset over an annoyance for the Event Planners we work with.

Evan also can come with complete self contained professional sound for any small to medium venue up to 400 guests. As unique as Evan's Magical Entertainment, his sound system can be set up anywhere and play reliably without a power source for up to 5 hours. This system has self contained power and wireless microphone and Bluetooth capability delivering a professional PA option for any event if needed.

Evan currently uses his magic and years of experience to coach nonprofits to efficiently use proven methods to achieve more successful fundraising events. He also speaks passionately on effectively de-escalating angry and upset customers in any customer service industry. Evan also remains a versatile entertainer that can entertain all ages at any venue or event big or small.

Weather you need a professional MC, a stage show for your corporate or intimate function, a strolling entertainer that leaves any crowd interacting with each other, raising money for your kids or your non profit, a motivational speaker, a storefront crowd causer, nobody does it with the high energy Magic and professional comedic nature that will leave any client satisfied like Evan Disney!

Over the years Evan has also built amazing partnerships with amazing companies that can provide any other event needs you may have. SnapMyPix is my personal photographer, Raising The Bar Entertainment handles all my DJ, Karaoke, and Wedding needs right down to the officiant, and photo both. And I have Bump It Entertainment for all your Casino needs. Part of Evan Disney's Magic is the relationships he has built to make him a one stop shop for your entertainment needs with trusted and reliable people in the industry.

Since Evan's 2015 arrival in LA he has not only raised tens of thousands of dollars for nonprofits with his magical persistence, he also acquired the prestigious title of Magician Member of the World Famous Magic Castle in Hollywood. Evan has made multiple national TV appearances including cameos on CBS, NBC, and the Food Network. Recently Evan was just named The Official Magician of United Cerebral Palsy San Diego, and was Awarded Top Stage Performer 2019 in Orange County, beating out Legend, Sheldon Reynolds, of Earth, Wind, and Fire. The celebrities Evan has been seen with and has performed for are numerous and includes stars such as Wayne Brady, Randy Couture, Quinton Aaron, John O'Hurley, and Penn and Teller, just tipping the iceberg. Evan was even seen and heard on America's Got Talent.

Evan currently uses his magic and years of experience to coach nonprofits to efficiently use proven methods to achieve more successful fundraising events. He also speaks passionately on effectively de-escalating angry and upset customers in any customer service industry. Evan also remains a versatile entertainer that can entertain all ages at any venue or event big or small. Whether you need a professional MC, a stage show for your corporate or intimate function, a strolling entertainer that leaves any crowd interacting with each other, raising money for your kids or your non profit, nobody does it with the high energy Magic and professional comedic nature that will leave client satisfied like Evan Disney!

Evan was urged to come to LA from Missoula, MT by a remarkable man by the name of David Mirisch. In 2013 David discovered Evan Disney performing at the Missoula's farmers market. Needing Evan desperately for a Fundraiser later that year, he asked Evan to donate his time to a great cause. At the time it was an event for "Dress for Success" and Evan said the most important "yes" of his career. After the event David said to Evan "I haven't met very many people with the talent and attitude you have, and I would like to help you". David Mirisch, a man who has put on 2500+ events in 7 countries, raising over 35 million dollars for nonprofits over the last 50 years, the man that discovered Farrah Fawcett, did just that, he help Evan. David took Evan under his wing and showed Evan the difference one man can make. David Mirisch mentored Evan on the magic of Philanthropy and how to achieve it through his passion, his skills, and his true magic. This allowed Evan to pursue his passion while giving back to humanity and provide a chance at leaving a legacy for his 5 children. In 2015 Evan moved to LA, continuing to help his mentor, now colleague David Mirisch, raise funds for nonprofits. After many years and events by David's side, Evan is now the point man, coordinator, and Celebrity MC at these events, carrying the David Mirisch torch and legacy with an "Evan Disney Magic" twist.

When Evan isn't trying to better humanity through his magical talents, he is a devoted Father of 5, a caring and loving partner, and an avid Basketball player (when his body allows, he is not as young as he use to be.) Life motivates Evan on the daily to do all he can to inspire and unlock people's magic and passion as their #MagicianOnAMission! Hire Evan, and get to know him and use his phenomenal talents today!!

In most cases I am self contained, however, Depending on the venue / event the following maybe needed: (Many of these depend on personal preference and show desired)

-Audio equipment maybe required, such as speakers and a microphone headset
-Lighting spotlights may be needed for stage shows
-Small table maybe for required
-Interactive fun audiences is a bonus
-Projector or/and a screen or network of screens
-Tent/Canopy

Oldies
Specialize in Neil Diamond, Jimmy Buffet, Frank Sinatra, CCR, Jerry Lee Lewis, Garth Brooks, Jason Mraz , and many others. As a State Champion Karaoke performer, and national finalist, Evan is committed to finding songs that will work for your occasion.

All Listed Are Venue Dependent 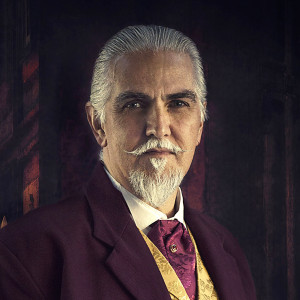 Jill D. said “The kids and adults loved his show! He kept 30+ kids entertained plus their parents.. He was funny and made the kids laugh while keeping them excited…” 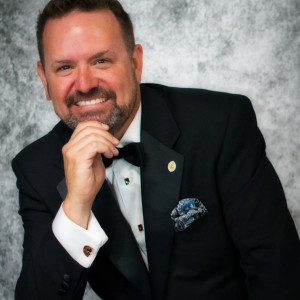 The Magic of Brady Glen

Pamela S. said “We had a crowd ranging in age from 6 months to 70 and he had a little something for everyone! His magic skills were amazing - and he kept topping his…” 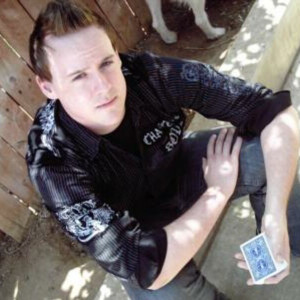 Mutsuko K. said “Nathan is a great magician! We were watching carefully what he does and his tricks, but no one figure it out. It was amazing performance for adults and…”