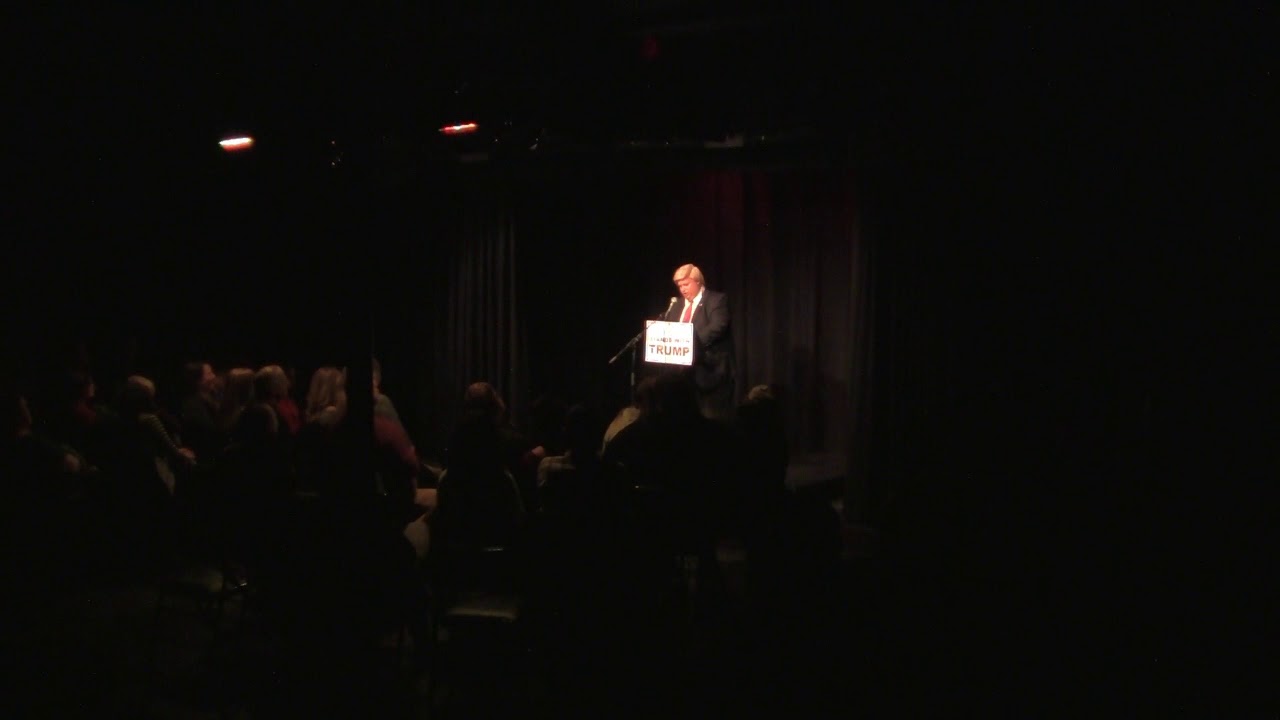 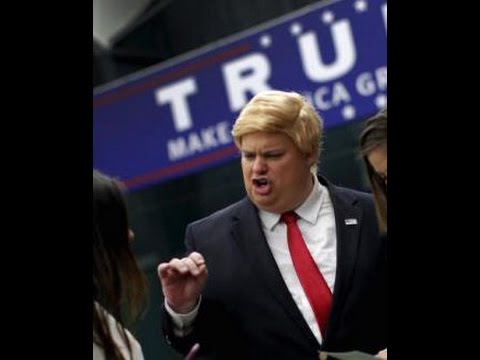 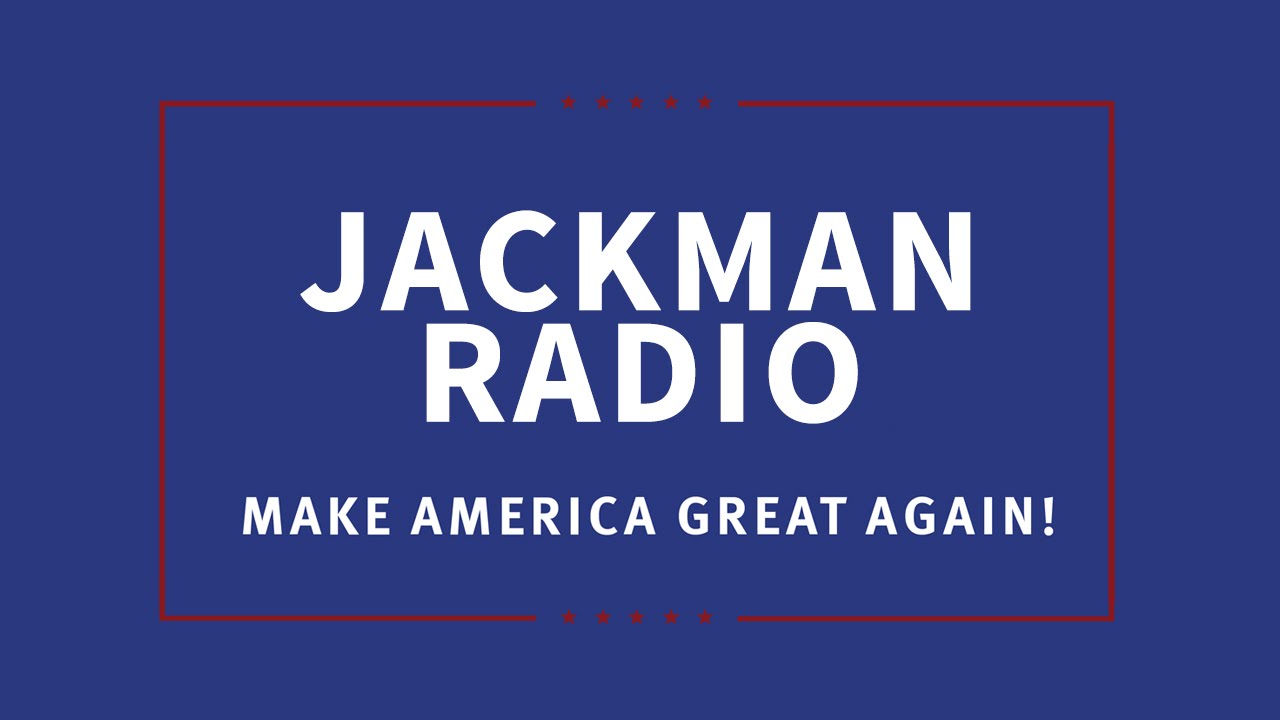 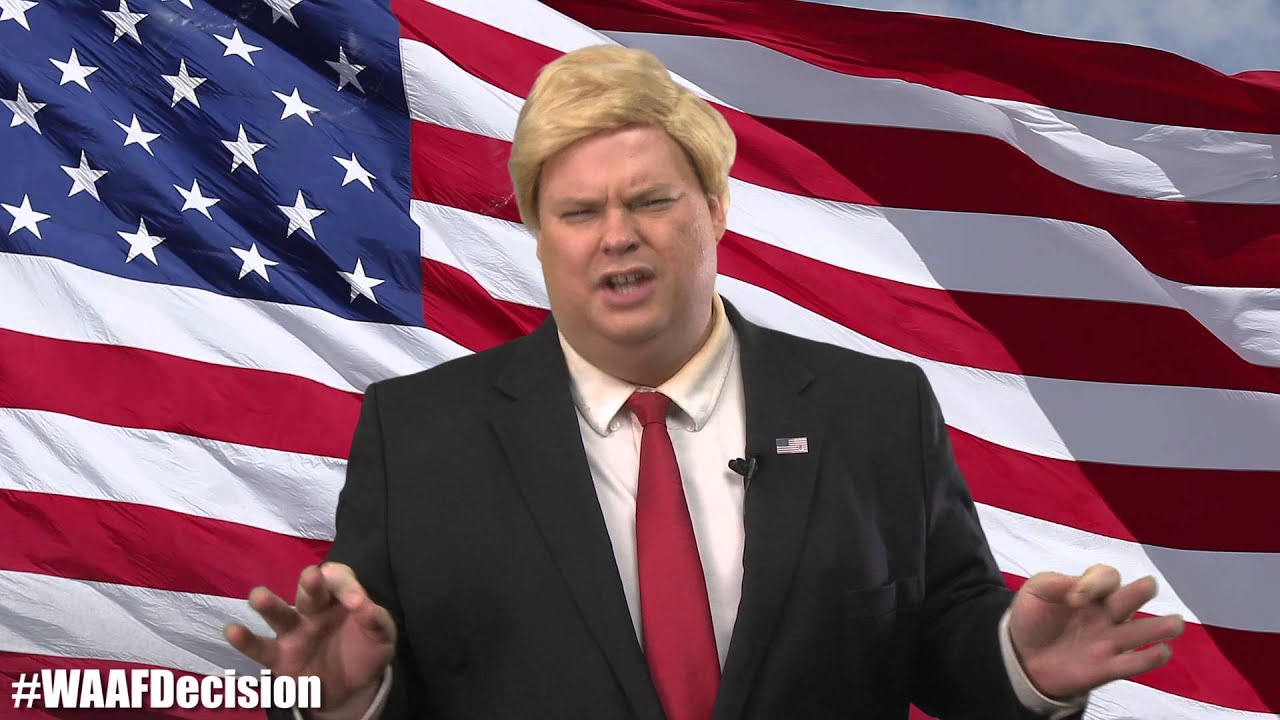 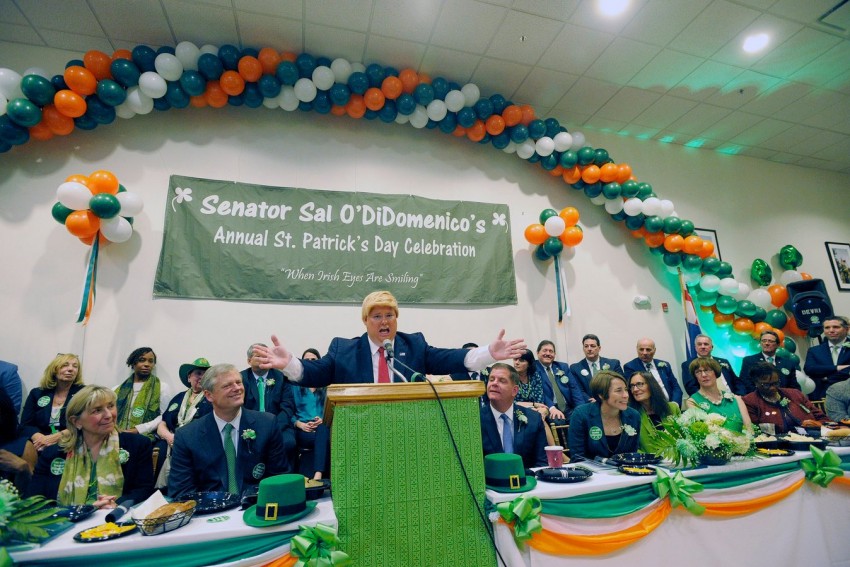 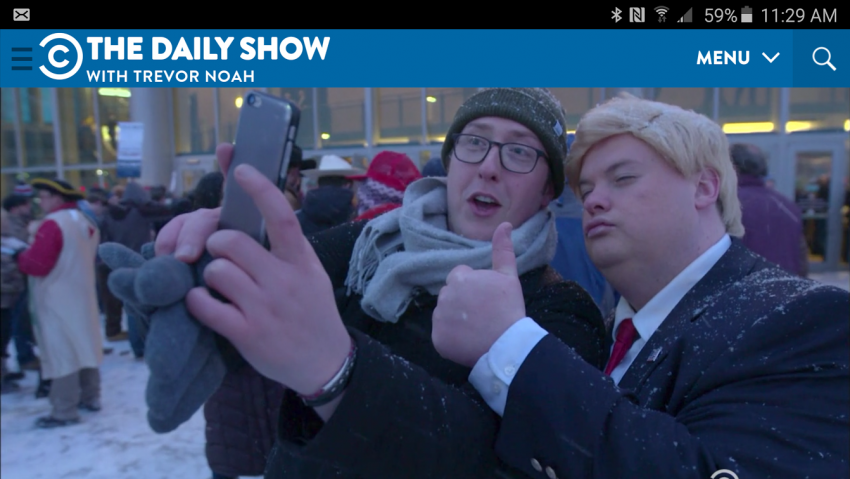 Jackman Trump on The Daily Show 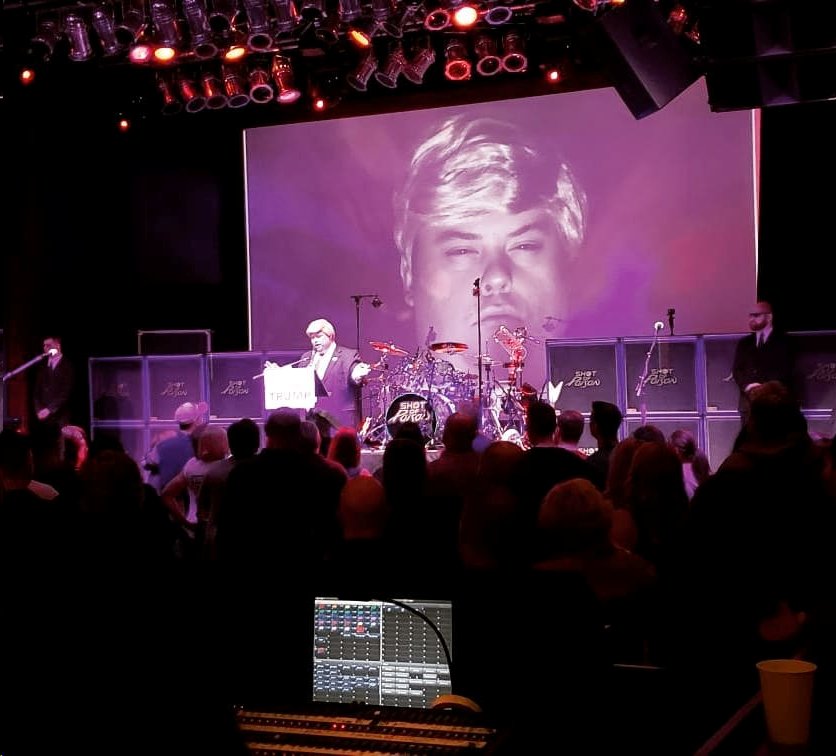 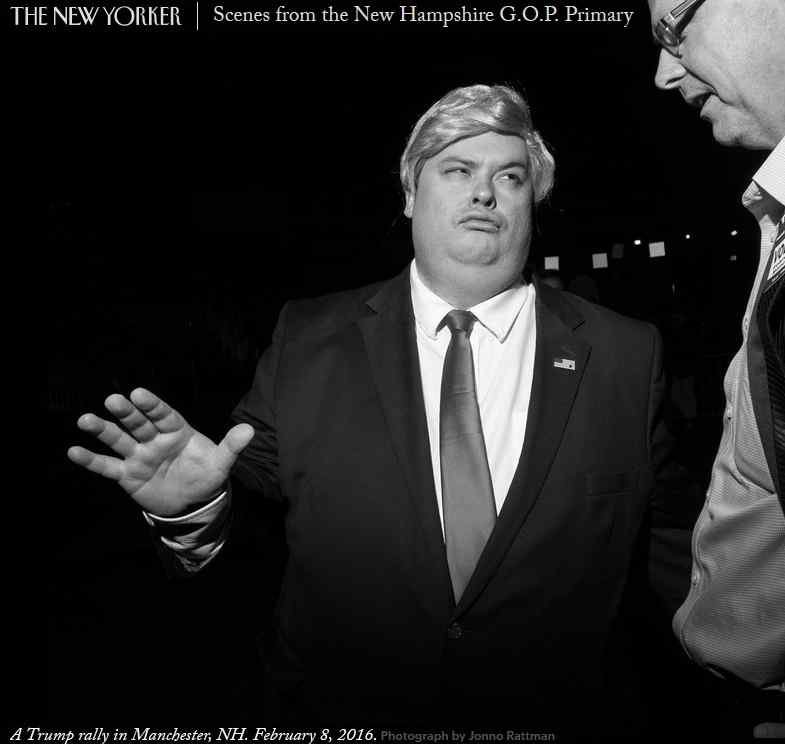 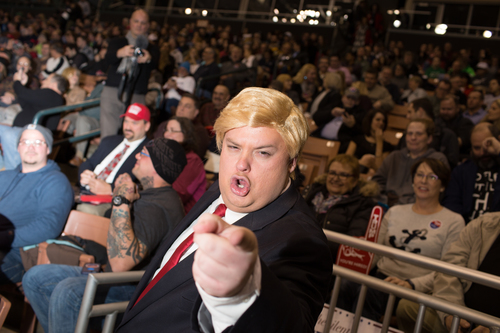 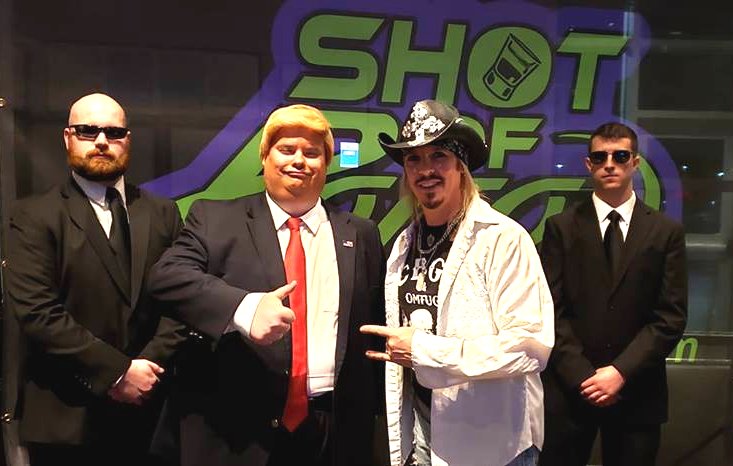 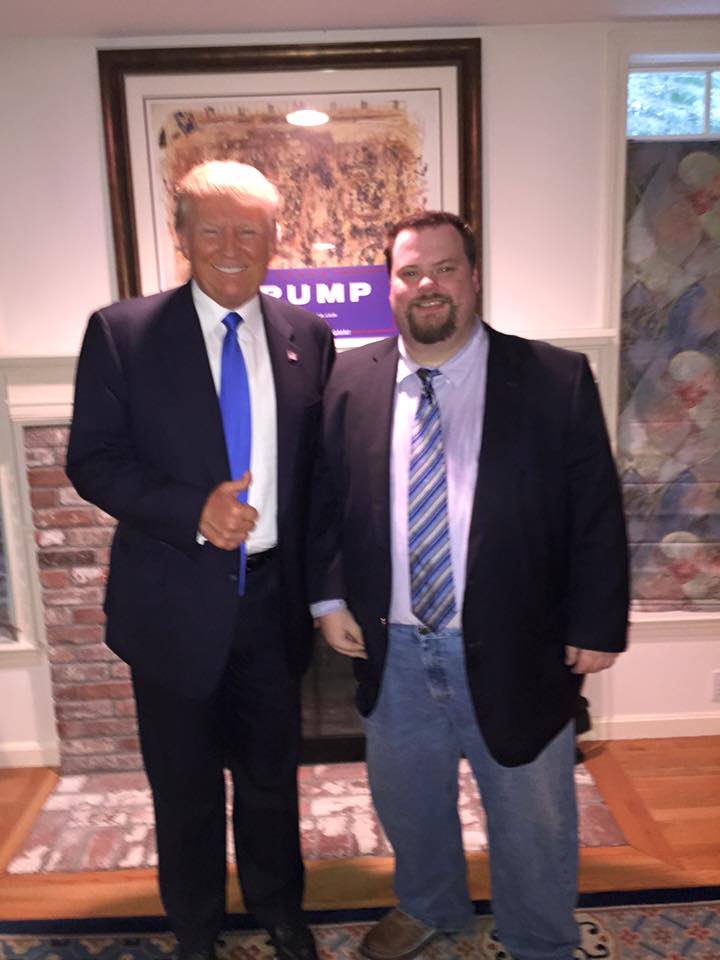 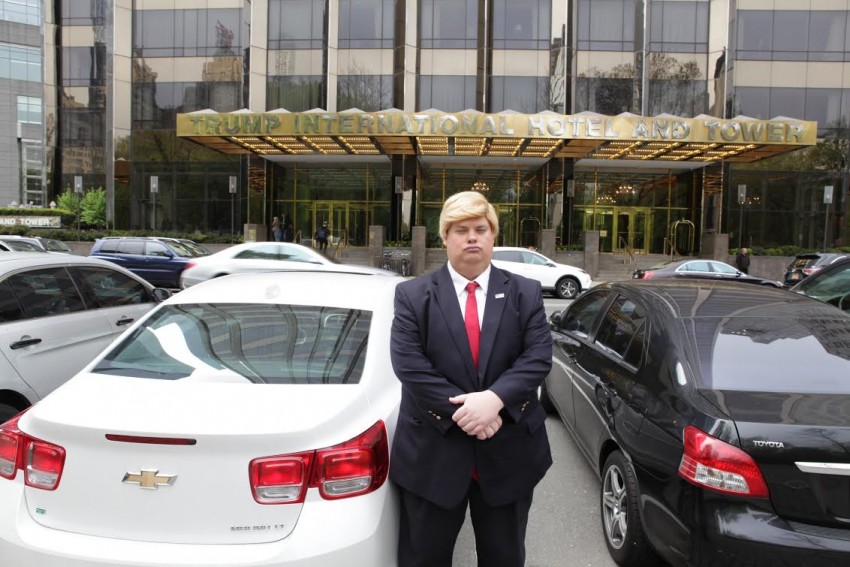 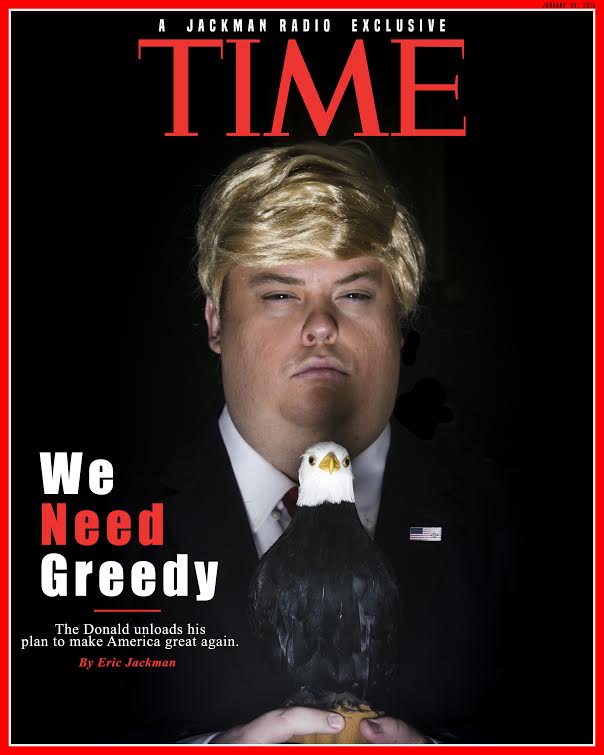 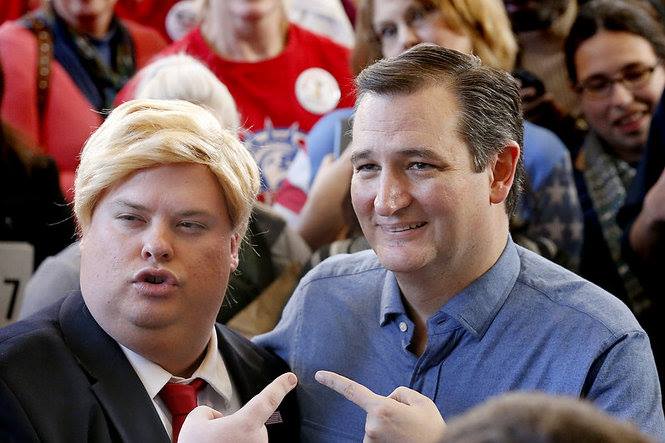 Eric Jackman is one of the nation’s best Donald Trump impersonators, so says CBS News! He is available for corporate events, parties, concerts, rallies, roasts, endorsements and other celebrations, acting and voiceover work, and can provide surprise phone calls or video messages from "the president."

Eric is the voice of Donald Trump for FusionTV's animated shorts. He has appeared in print media and on radio, television, college campuses, political rallies, private parties, clubs, a casino, and done multiple product endorsements. Eric was summoned to the front row by Donald Trump at a New Hampshire campaign rally and lauded by the man himself in front of 5,000 screaming people!

I've worked with many professionals over the past 15 years and none of them can hold a candle to Donald Plump! He greatly exceeded all my expectations! His impersonation was right on, his wittiness was incredible, and he was overall hilarious! I've already hired him for another gig, and plan on continuing to use him. He came early and stayed late, and was great at communication before and after the gig. If you are ever looking for a Donald Trump impersonator, comedian, or entertainer look no further. He will exceed your wildest expectations as well!

Donald Plump is absolutely terrific. He plays the part perfectly, up to date on all Trump-related references and news. He's quick on his feet and had the entire room (over 200 people) in awe. What a treat!

Donald Plump was HILARIOUS! He joined my friendsgiving about 2 weeks after the election. Tensions were high among my uber-liberal group of friends. Donald was hilarious, bold, smart, and knowledgable about so many political nuances and spent about 15 minutes doing a stand-up routine and another 15-minutes answering questions as "The Donald". He was a pleasure to work with and I am trying to find another opportunity to have him perform again at my workplace. Highly recommend - truly makes a party!

The Best In The Bizz!

I have been filming skits with Eric Jackman as Donald Trump for almost a year now and with the flurry of Trump impersonators that have surfaced Eric is most definitely the top one in my opinion! What really struck me most about Eric is his ability to go off the cuff and ad lib like you wouldn't believe, and that is a very hard thing to do for a lot of comedians. He will go on and on and you think there would be a script but there isn't one!

Eric is not only funny, but he is incredibly smart and well versed in the world of politics. He nails his jokes right on the head, but can also hold a conversation if you asked him any questions regarding politics. He delivers on all fronts!

I would highly recommend booking Eric for your next party or event! He is extremely easy to work with, fun, energetic, polite, and very timely with his responses. You will instantly feel like you've known the guy for years after just 5 minutes with him. I would give him 10 stars if this allowed me to!

The Donald in Chicago!!!

I hired Eric Jackman, aka the BEST Donald Trump impersonator in the market, to perform at my annual private dinner/recognition event September 2016 during our industry’s largest event in the domestic market.

Mr. Jackman was brilliant! He didn’t just conduct a pre election campaign speech filled with vast tasteful humor which brought down the house, but he also performed a mini-roast to about half of the fifty five guests attending and they loved it, going through napkins and tissues to keep themselves afloat!

More impressive than Mr. Jackman’s pure mastery of Donald’s physical gestures, famous lips (he has this down big time!!) and his voice was how ”workable” he was. I had some big demands of him in terms of me writing a brief bio on some twenty-five plus people attending which I wanted him to target and lightly roast with no real instructions on how to do so…and Mr. Jackman literally performed like a surgeon slicing through one at a time seamlessly while he had the crown rolling on the floor!! I don’t know a lot of people who could have performed and handles everything so flawless, again right down to being such a cooperative and engaging performer from preparation to the stage.

I would re-hire Mr. Jackman anytime and certainly highly recommend him for your gig or function!! If you’re truly looking for someone to be “The Don”, this man’s one of if not THE BEST IN THE BUSINESS!!!...”You’re Fired!!” ☺☺☺

Eric Jackman is one of the nation’s premiere Donald Trump impersonators. He is available for corporate events, hosting duties, private parties, concerts, rallies, endorsements and other celebrations. His one man show can be tailored to fit your special event. Jackman can learn any script a client wishes to use for their event and program.

Depending on what a client is looking for, Jackman can tailor the material to suit a child's birthday party all the way to performing for adult crowds incorporating R-rated material. He's available to record video, pitch products, MC events, and make your next event truly great again!

Eric Jackman is one of the nation’s premiere Donald Trump impersonators, so says CBS News! He is available for corporate events, hosting duties, private parties, concerts, rallies, endorsements and other celebrations. His one man show can be tailored to fit your special event.

Eric appeals equally to people in every corner of the political spectrum. He has entertained and impressed crowds with his spot-on impression and quick-witted, off-the-cuff responses in question & answer sessions. Having impersonated Trump for ten years, in 2015 Eric decided to go further, dress up as The Donald and join the madness of the 2016 Election season. Since then he has written, acted in and produced a hilarious 25-minute “infomercial”in which he names his cabinet picks as Trump and issues responses to the other candidates. He's appeared in print media and on radio, television, college campuses, political rallies, private parties, clubs, a casino and done several product endorsements. He was summoned to the front row by Donald Trump at a recent rally and lauded by the man himself in front of 5,000 screaming people!

Required for most performances:

Jackman is flexible and can work with most environments, guaranteed to deliver a high-quality product and lots of laughs for any client.