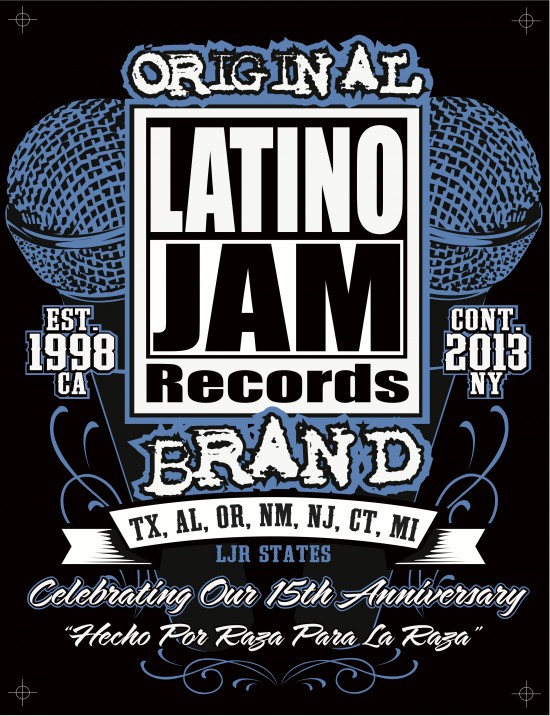 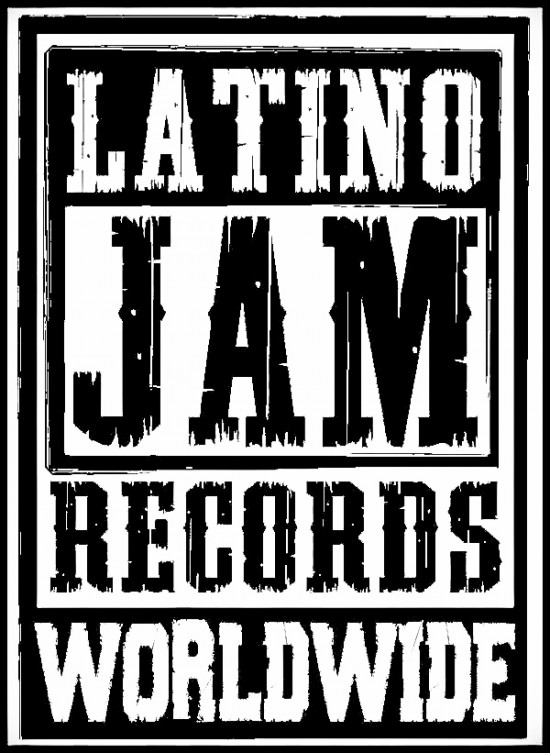 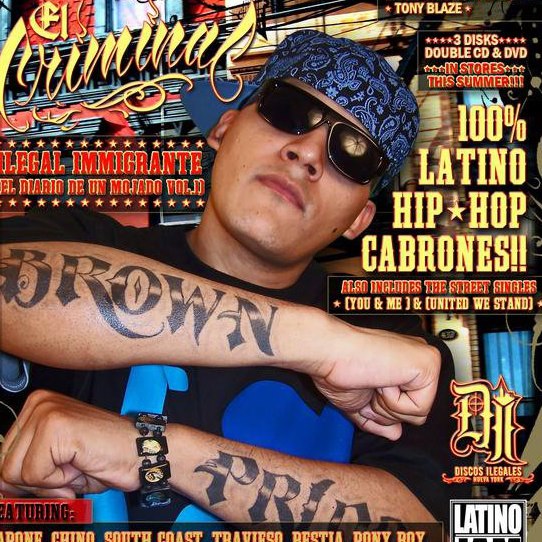 El Criminal was discovered by one of the most successful independent Chicano Rap labels, Latino Jam Records. After signing with Latino Jam Records, El Criminal teamed up with Capone on his first international release “Latino Jam Cartel”. In 2013, El criminal returns with the hit single “YOU & ME”, from his debut Double Album “Ilegal Immigrante vol.1 and vol.2”.

As Latino hip-hop and Chicano Rap continues expanding across the world it seems as if it has been moving the wrong way. Here to save us from all the garbage that we find at our local record stores we introduce to you El Criminal The Political M

Be the first to review El Criminal

Biography
As Latino hip-hop and Chicano Rap continues expanding across the world it seems as if it has been moving the wrong way. Here to save us from all the garbage that we find at our local record stores we introduce to you El Criminal The political mind also known as( Tha MasterMind ). Even though he knows his culture and he doesn't forget where he comes from, sometimes it's not where you're from, it's where you're at. Born in Guatemala City, El Criminal migrated to the states when he was eight years old. Like many other mojados he had to deal with obstacles in life from driving with out a license and always running from the migra. "My life in California was not easy, now I'm in New York (La manzana Mala) and you can bet that my life is getting harder out here". El Criminal began his musical career back in 1995 but it was not until 2004 that he was discovered by one of the most successful independent labels in Chicano RAP Latino Jam Records. He teamed up with the notorious Capone also known as the King of Chicano Rap on recently released Latino Jam Cartel. It didn't take time before EL Criminal saw himself on his way to the top. In 2004, He started forming his own indepedent label Discos ILegales, "I'm here to help my people. Especially the ones that want to be heard but dont get a chance from the major labels" and at the same time he began to work on his upcoming album. His debut album Ilegal Immigrante is set to be released in 2013. El Criminal has recruited a few artists for his label which also apear on his album. "Life is not easy but only you can make the best of it." As he continues his venture with Latino Jam Records and Discos Ilegales one thing is for sure, El Criminal won't stop bringing you what you want to hear. At the same time, El Criminal has a mission which is to bring those immigrant issues to the table."We do have a deadline. Get involved with our movement because our time is now". In addition, El Criminal has had numerous performances to date all over the United states. He has shared the stage with Artists like Capone,South Coast, Travieso, Chino, Pony Boy, Kinto Sol, Chingo Bling, Lil' Rob, Jay P, Payaso, HCP, Young Trigger,Stunta, Ice, Marques Houston and many more. El Criminal is the new C.E.O of Latino Jam Records and the owner of Discos Ilegales, (link hidden), (link hidden) and Barrio University.